The billionaire ruler of Dubai launched an illegal phone hacking operation on British soil to snoop on his runaway wife and her team of lawyers, it can be revealed today.

Sheikh Mohammed bin Rashid Al Maktoum, 72, a friend of the Queen and close UK ally, ignored British laws to ‘hunt’ Princess Haya, 47, after she fled to London, telling friends she was in fear of her life, the High Court has found.

Haya’s high-profile solicitor Baroness [Fiona] Shackleton, a Tory peer who famously acted for Sir Paul McCartney in his divorce, was among those targeted in the astonishing cyber hacking mission.

She reported her fears to Black Rod, the Monarch’s representative in the House of Lords, saying that her ‘Parliamentary email, my own email, my WhatsApp messages, my pictures and my texts are all visible to somebody else’.

In a surprising twist, the sinister black ops operation ‘more probable than not’ ordered by Sheikh Mohammed was rumbled by Cherie Blair, QC. Sheikh Mohammed has denied any knowledge of the hacking.

The barrister wife of former PM Tony Blair was working for a secretive Israeli firm which makes the military-grade Pegasus spyware used by Dubai’s intelligence service and several other governments – and tipped off her fellow British lawyers that their phones were being tapped.

Not content with the spying operation, the Sheikh even resorted to trying to buy a huge £30m estate next door to Haya’s Berkshire bolthole to keep even closer tabs on her and the couple’s two children, the High Court was told.

His associates secretly tried to snap up English manor house Parkwood on ‘the most expensive field in Britain’, making the Princess feel ‘hunted and haunted’ in her 12-bedroom mansion Castlewood House next door, fearing that her children could be snatched from her by the Sheikh, the High Court heard. 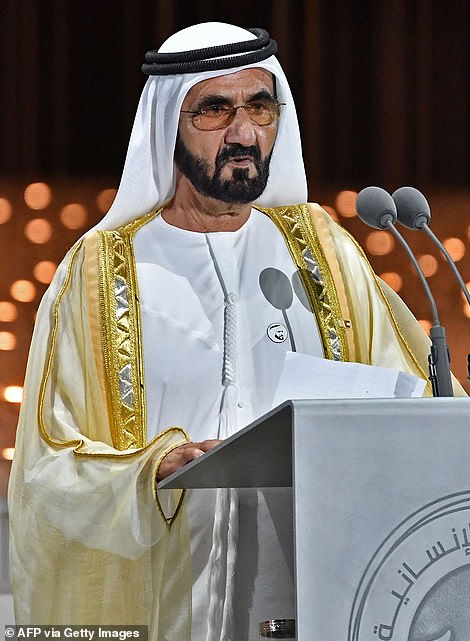 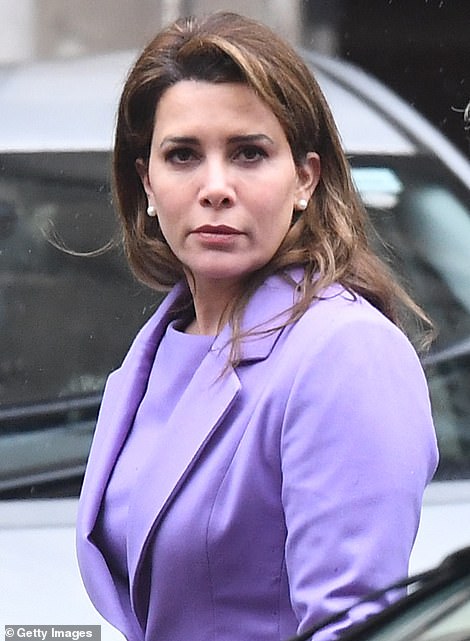 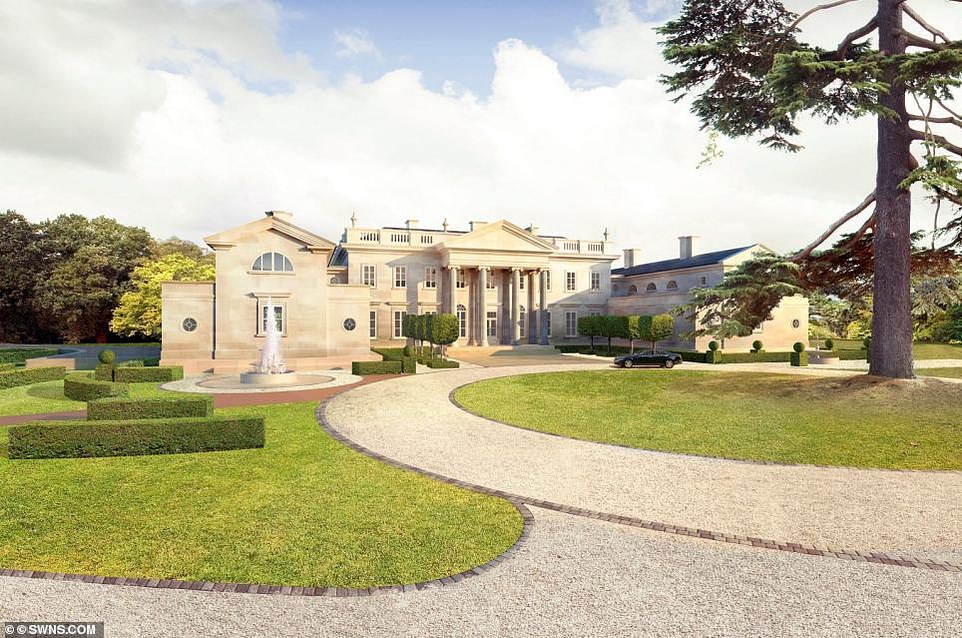 When she asked the judge to impose a large ‘exclusion zone’ around her own home to stop him stalking her, the sheikh complained it would impede his access to Windsor Castle and Ascot racecourse.

The 77-acre Parkwood estate just outside London was dubbed Britain’s most expensive plot when it went on the market in 2014 for £30million. The Duke and Duchess of Cambridge were among those said to have been interested.

It includes a manor house, a picturesque lake and formal gardens – but the sheikh wanted it for his surveillance teams to spy on his former wife and their two children, Princess Jalila, 13, and Prince Zayed, nine, next-door, her lawyers told the High Court.

The Court accepted there was no evidence that the sheikh, or anyone acting on his behalf, had been in close proximity to Castlewood House.

Sheikh Maktoum, one of the world’s richest men, is already an international pariah for the armed kidnapping of his daughters – Princess Shamsa from the streets of Britain, and then Princess Latifa from her yacht when she too tried to flee Dubai.

In April 2019, when the sheikh’s sixth and youngest wife, Princess Haya, found out what had happened to them, she ran away to Britain in fear of her life with the couple’s two children.

In the two-and-a-half years since, she and the sheikh have been waging a monumental battle at the High Court in what has become probably the most expensive child custody wrangle in UK history.

The hearings have been held in private but today (wed), following an application by the Daily Mail and other media, the President of the Family Division Sir Andrew McFarlane allowed details of the case to be made public. 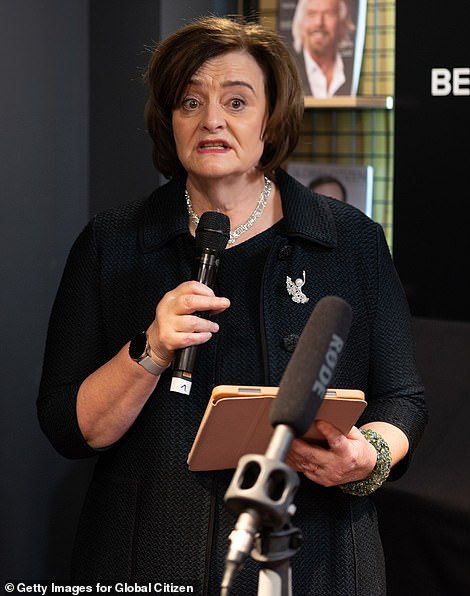 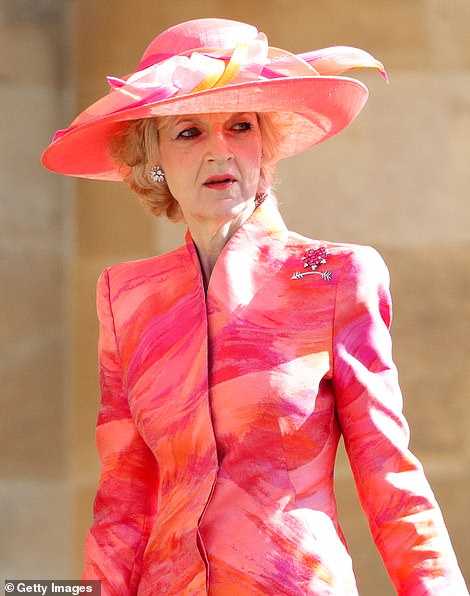 In a bizarre twist, Cherie Blair (left) helped exposes the hacking operation, which targeted – among others – Haya’s lawyer Baroness Shackleton

Sir Andrew said: ‘It is more probable than not that the surveillance of the six phones…was carried out by servants or agents of the father…with [his] express or implied authority.’

He added: ‘The father, who is the Head of Government of the UAE, is prepared to use the arm of the State to achieve what he regards as right. He has harassed and intimidated the mother both before her departure to England and since.

‘He is prepared to countenance those acting on his behalf doing so unlawfully within the UK.’

Castlewood House, where Prince Andrew and Sarah Ferguson briefly lived early in their marriage, was the English mansion home of King Hussein of Jordan – Princess Haya’s late father – who bequeathed it to her.

It has a swimming pool, a tennis court and a private wood, but Princess Haya declared ‘it feels like the walls are closing in on me’ when she learnt in autumn last year that a secretive trust was negotiating to purchase neighbouring Parkwood for the benefit of Sheikh Maktoum.

Sprawling Parkwood is on a slight hill overlooking Castlewood.

Haya told the judge she was terrified, saying in a written statement: ‘I am and feel hunted all the time, and I am forced to look over my shoulder at every moment of the day. It feels as if I am being stalked. It is hugely oppressive. It is completely overwhelming. I simply will not feel safe even out in our own garden.

‘At no time has Sheikh Mohammed even stopped to consider the incredible strain such a purchase around Castlewood would put on the security we have or the effect it would have on the children.

‘I feel like I am defending myself against a whole ‘state’. Even in our own home they will be towering over us. I feel like I cannot breathe anymore. It feels like being suffocated.’

The Parkwood Estate, set deep in the heart of the Surrey countryside, includes a picturesque lake and formal gardens 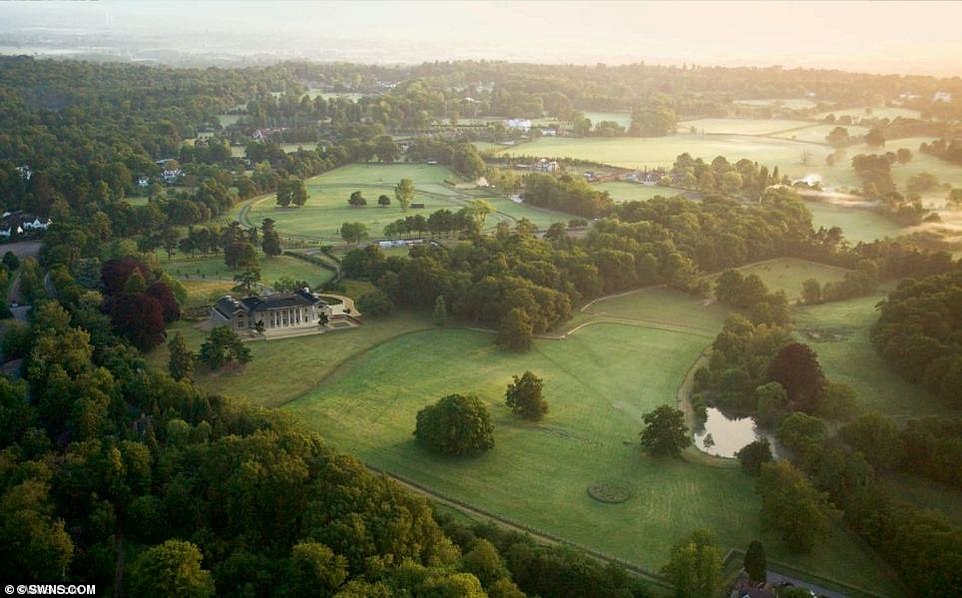 Her QC Charles Geekie told the court Parkwood was ‘in a prime position for direct or electronic surveillance of the Castlewood home – it could not be closer’, and said the surveillance on Princess Haya’s mobile phone had made her ‘feel both hunted and haunted’, adding: ‘It is the plainest evidence of fear – rational and objective fear – against a background of justified fear.’

The involvement of Mrs Blair in the case is ironic because her Prime Minister husband’s Labour government allegedly shut down a serious criminal inquiry into the armed kidnapping of his runaway daughter from Cambridgeshire in 2000.

After marrying Sheikh Maktoum in 2004, to become his sixth and youngest wife, Haya initially believed her husband’s explanations of what had happened to the two princesses, namely that they had been ‘rescued’ and were now safe with the family.

But by early 2019 she had become suspicious and voiced her concerns. She had also begun an adulterous affair with her British bodyguard, former soldier Russell Flowers.

A campaign of intimidation by Sheikh Mohammed’s agents began and the court heard that a gun was twice placed on her pillow with the safety catch off. A helicopter landed outside her house with a threat to remove her to a remote desert prison. 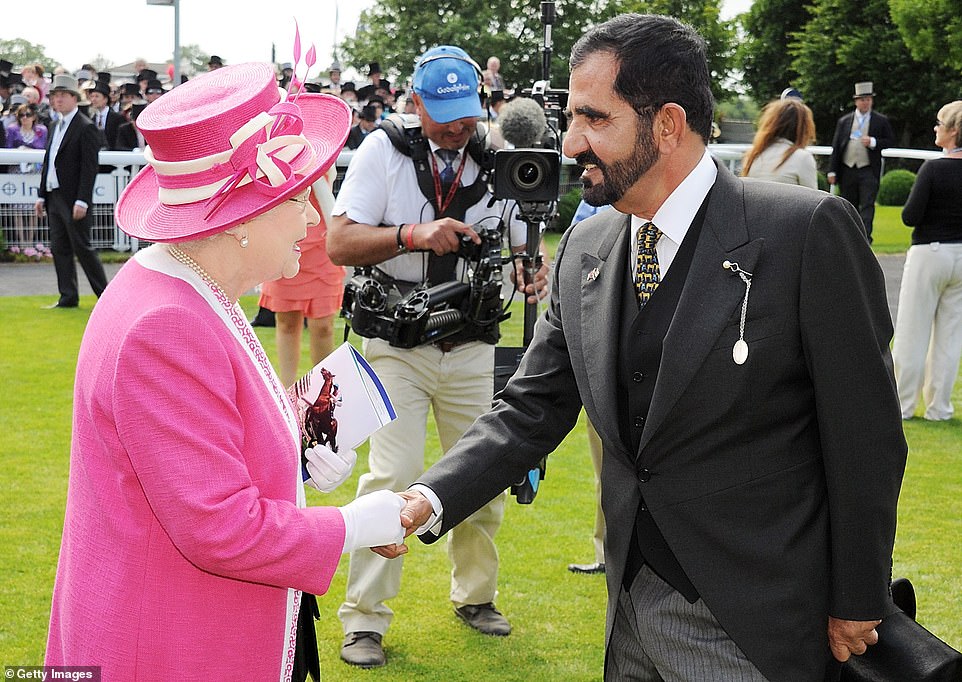 At an earlier hearing judge ruled that ‘the father has therefore acted in a manner from the end of 2018 which has been aimed at intimidating and frightening the mother, and that he has encouraged others to do so on his behalf’.

In April 2019 Princess Haya fled to Britain, taking her two children with her. The court heard how veiled threats from Sheikh Mohammed had left her terrified for her own safety, as well as fears that her children could be abducted and forcibly returned to Dubai.

In May 2019 she said he told her: ‘You and the children will never be safe in England’. He published a poem entitled: ‘You lived, you died’.

In a statement after the publication of the High Court and Court of Appeal judgments, Sheikh Mohammed said: ‘I have always denied the allegations made against me and I continue to do so. These matters concern supposed operations of State security.

‘As a Head of Government involved in private family proceedings, it was not appropriate for me to provide evidence on such sensitive matters either personally or via my advisers in a foreign court.

‘Neither the Emirate of Dubai nor the UAE are party to these proceedings and they did not participate in the hearing. The findings are therefore inevitably based on an incomplete picture.

‘In addition, the findings were based on evidence that was not disclosed to me or my advisers. I therefore maintain that they were made in a manner which was unfair.

‘I ask that the media respect the privacy of our children and do not intrude into their lives in the UK.’ 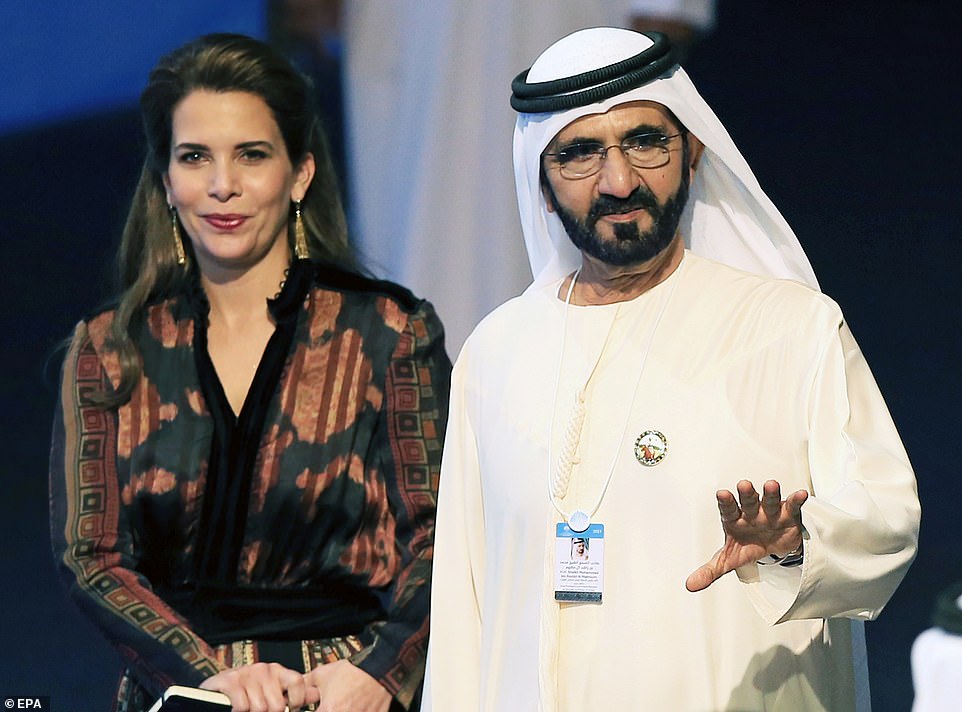