Royal footman, 22, was hit by falling glass at Buckingham Palace

Royal footman, 22, was knocked out and taken to hospital after being hit by falling glass at Buckingham Palace

A Royal footman was knocked unconscious and taken to hospital after being hit by falling glass during renovation work at Buckingham Palace.

Louis Williams, 22, was on duty last month when the pane of glass fell on top of him while he walked along a covered walkway.

He was found unconscious having suffered cuts and bruises, while his friends said he was lucky to be alive.

A source told the Sun: ‘Louis was very lucky to only have suffered cuts and bruises — but he has scars and head injuries. Everyone is saying he is very lucky to be alive.

‘They have spent years and millions of pounds renovating the palace — but bits are still falling down.’

Buckingham Palace, the Queen’s official London residence, is undergoing a £369million refurbishment – its biggest refurbishment since before the Second World War. 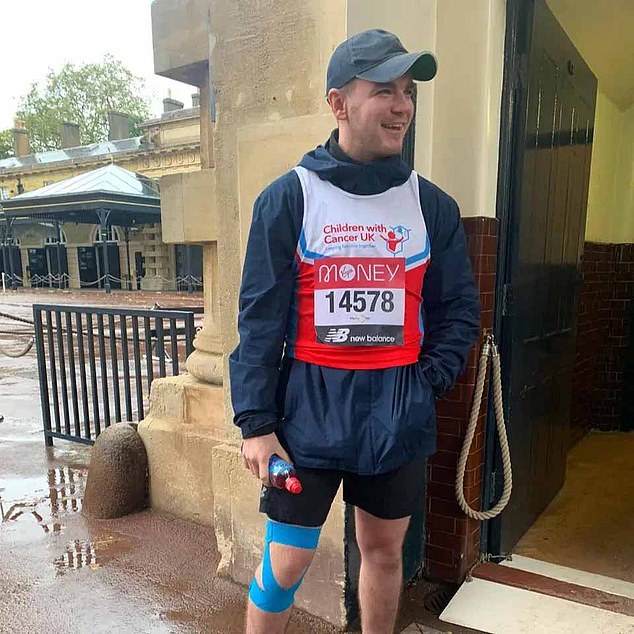 Louis Williams, 22, a Royal footman, was on duty at Buckingham Palace last month when a pane of glass fell on top of him while he walked along a covered walkway

Mr Williams has been a senior footman at the palace, where he lives, for the past three and a half years.

A friend of Mr Williams’ described him as being ‘in a bad way’ following the incident.

A Buckingham Palace spokesman said: ‘The health and safety of our staff is of paramount importance.

‘The remaining glass panels were immediately removed, an investigation into the incident launched and an independent examination of all glass-covered canopies was carried out.’

The Queen, who has decided to make Windsor Castle her permanent home and main residence, is not expected to ever fully return to Buckingham Palace, where she is not believed to have spent a night since March 2020.

She is instead opting for more of a ‘work from home’ approach to engagements, and is expected to meet dignitaries and officials at her Berkshire home.