“He changes what he tells and that’s not becoming of a congressman,” McCarthy said. “He did not tell the truth (and) that’s unacceptable”

Cawthorn, a firebrand supporter of former President Trump, did not immediately comment after the 30-minute dressing-down from McCarthy (R-Calif.) and No. 2 GOP leader Rep. Steve Scalise (R-La.)

“He’s lost my trust is gonna have to earn it back,”McCarthy told reporters. “And I laid out to everything that I find is unbecoming.”

Cawthorn is in hot water because he made the claims without naming names. That left fellow lawmakers facing questions from constituents about whether they could be the culprits. 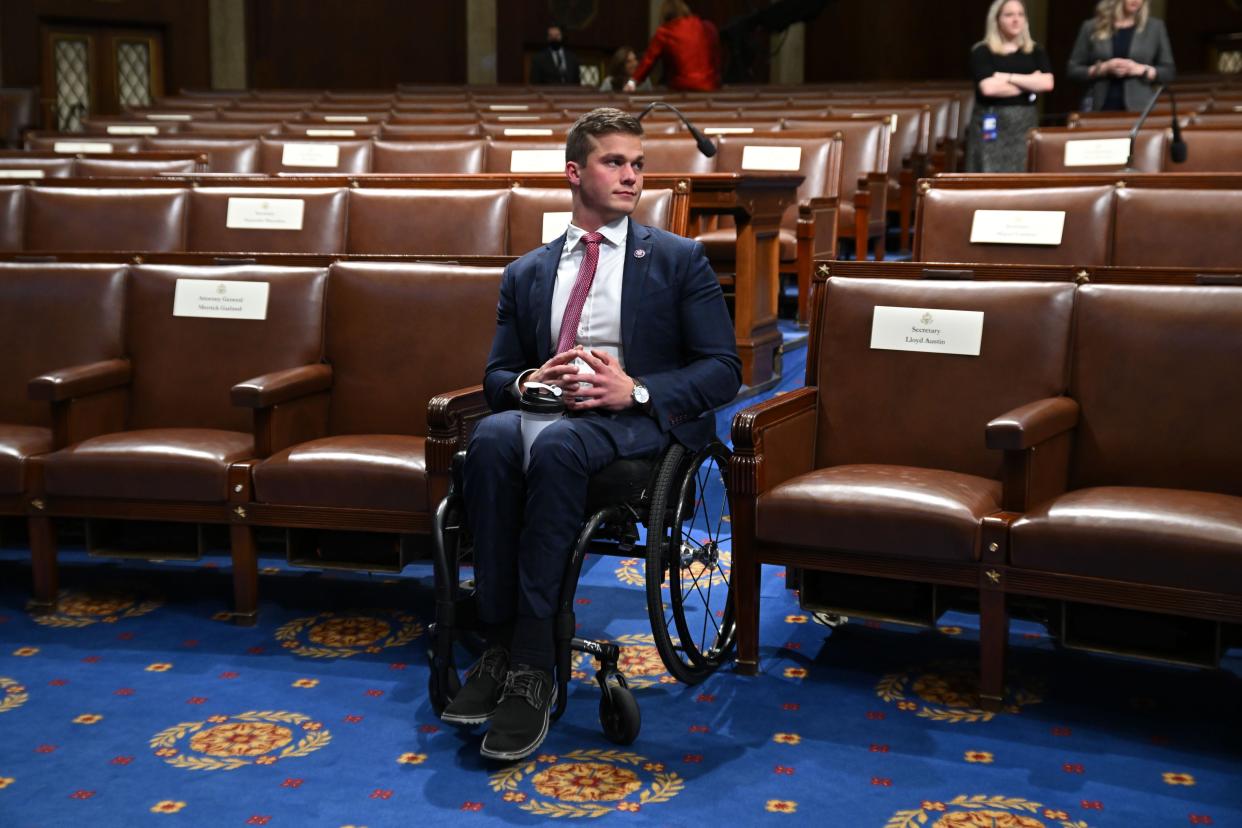 He even suffered rare murmurs of discontent within the far right-wing Freedom Caucus, of which he is a stalwart member.

“I think it is important, if you’re going to say something like that, to name names,” Rep. Scott Perry (R-Pa.), the chair of the Freedom Caucus, told Politico.

McCarthy took action after he was bombarded with unwanted questions about Cawthorn at Tuesday’s GOP caucus meeting.

Rep. Steve Womack (R-Ark.), a straight-laced and usually not outspoken GOP lawmaker, said it was wrong for Cawthorn to “paint them with a broad brush.”

The intramural GOP tumult is notable because Republican leaders have stubbornly resisted pressure to take a stand against fellow lawmakers who have glorified violence against Democrats and spewed Islamophobic hate.

Cawthorn’s remarks were particularly damaging because they clearly refer to conservative Republicans, not Democrats, whom some GOP lawmakers regularly deride as degenerates.

“I look at all these people, a lot of them that I’ve looked up to through my life,” Cawthorn said in a podcast interview. “Then all of a sudden, you get invited to … kind of a sexual get-together at one of our homes.”

Cawthorn, 26, is the youngest member of Congress and is among the most outspoken supporters of former President Trump in Congress.

He won election in 2020 in a red-leaning western North Carolina district previously held by Mark Meadows until he quit to become former President Trump’s chief of staff.

Cawthorn had planned to seek reelection in a neighboring district amid a feud with more mainstream GOP leaders in the Tarheel State. But has since decided to stick to his current Asheville-based district.