Rape victims 'were ''not believed'' and ''belittled'' by Met Police'

Rape victims say they were ‘not believed’ and ‘belittled’ by Met Police, as study shows just 1% of alleged attacks in the Capital reach trial

Rape victims in London have said they were ‘not believed’ and were ‘belittled’ by police, according to a new review which showed the number of people withdrawing reports within a month of making them has risen sharply.

London’s independent victims’ commissioner, Claire Waxman, said the London Rape Review showed just 1 per cent of people who said they were raped in the capital saw their case reach trial and two thirds of alleged victims withdrew their complaints.

Conducted by the mayor’s office for policing and crime, the report looked at 450 allegations of rape made across London, alongside consultation from independent sexual violence advisers (ISVAs) and a surgery of rape victims in London.

The review found that 64 per cent of alleged victims withdrew their complaint within the first 30 days of reporting the rape – an increase from 18 per cent in previous research from 2019.

Thirty-eight per cent of alleged victims withdrew their complaints within seven days of making them. 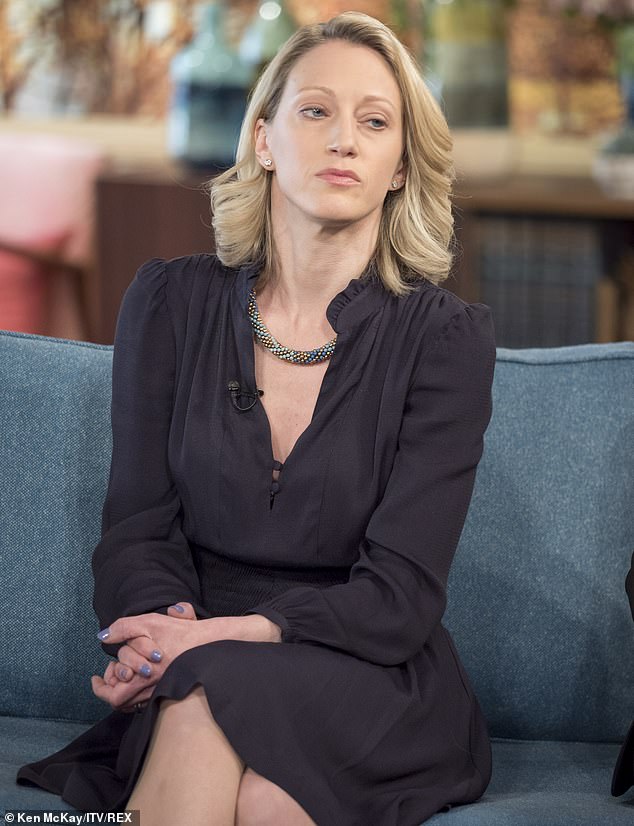 London’s independent victims’ commissioner, Claire Waxman (pictured), said the London Rape Review showed just 1 per cent of people who said they were raped in the capital saw their case reach trial and two thirds of alleged victims withdrew their complaints

Rape Review’s next steps for the Met

2. Improvements to the approach taken to engage with victims including understanding the needs of high harm crime victims.

3. Improvements needed to the practical and emotional support officers receive:

4. Future research to include a victim survey of High Harm offences, and to include information drawn from partner agencies including the CPS, ISVAs and support agencies.

The review found victim responses to a survey and testimonies from independent sexual violence advisers suggested complaints were withdrawn because ‘police officers may be inadvertently influencing victim/survivor confidence and decisions to withdraw’.

One alleged victim said reporting they had been raped was the ‘biggest mistake’ they had ever made, as they claimed they were ‘belittled’ and their experiences ‘minimised.’

In the report, they said: ‘They didn’t believe me, they belittled me, questioned my lifestyle and minimised my experiences.

‘I felt worse for months compared to before my experience of reporting, and then to so quickly be told that my case had no merit and wasn’t prosecutable was the most invalidating experience.’

Another case study included in the report involved a male who reported a rape, in which he said officers told him ‘they would definitely need to take his phone, to see if there was evidence on it which discredited him, repeatedly emphasised how long and intrusive the justice process would be and how low conviction rates are.’

It said: ‘They also made reference to the ‘gay cruising lifestyle’ and the gay dating app Grindr, as the attack had taken place in a car.

‘A senior officer also told the survivor, ‘My wife and I sometimes get drunk and have sex and don’t remember it, that doesn’t make it rape’.’

ISVAs said almost all of those they had worked with and had reported a rape in the capital had had their phone requested by police, despite them needing to follow reasonable lines of inquiry to request a phone.

The report says that IVSAs described some cases where alleged victims were ‘explicitly told at the time of the request that the investigation will not be able to move forward if they don’t provide the phone’.

It added: ‘When challenged on potentially disproportionate requests, police officers often state that they are just pre-empting what the CPS will ask for.’

One alleged victim said: ‘I was informed on a top line level that they wanted seven years of data from my phone, and that it may help the case but not any actual reason why.

‘I had told the police that the perpetrator and myself had no contact and did not have each other’s details, but was still asked to hand my phone over.’

The review said 50 per cent of people who had been asked to give in their phones had consented to it.

The review recommended improvements for the Metropolitan Police, including that information on victims’ phones, when requested, be downloaded and returned to them within 24 hours, and a replacement phone be provided if it ‘absolutely’ has to be held for longer. 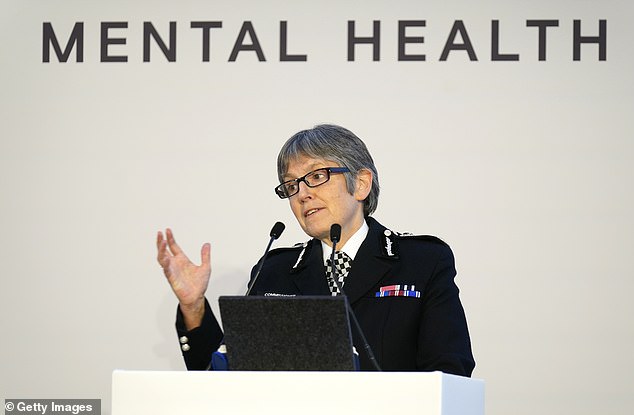 Conducted by the mayor’s office for policing and crime, the report looked at 450 allegations of rape made across London, alongside consultation from independent sexual violence advisers (ISVAs) and a surgery of rape victims in London. Pictured: Met chief Cressida Dick

It also said: ‘The Government should amend the Policing, Crime, Sentencing and Courts Bill to safeguard a victim’s right to privacy when intrusive requests are made for third-party materials.’

Responding to the review, the Metropolitan Police said it is ‘absolutely determined to increase the number of perpetrators brought to justice.’

Commander Melanie Dales, the Met’s lead on public protection, said reports of rape and sexual offences have increased in recent years, and the force has worked hard to meet the demand while providing support to victims.

She said: ‘Sexual offence investigations are some of the most complex police deal with.

‘We know there is more to do to increase the number of cases brought before the courts.’

Ms Dales said the Met has already taken ‘significant’ steps to increase its performance which relates to the review’s recommendations.

She added: ‘Last month we announced that the Met is investing £11m in digital forensics to help us bring criminals to justice and deal more effectively and efficiently with victims of crimes.’

She said a ‘new agreement’ between police and the CPS (Crown Prosecution Service) to ‘work much closer in the very early days of an investigation will mean stronger cases from the start and should lead to a faster charging decision’.