Racist thug, 23, who was given ‘unduly lenient’ four-year jail term for kicking to death man defending his wife from xenophobic abuse has term increased to five years by appeal court judges

A thug who admitted manslaughter after kicking a man to death when he defended his wife from racist abuse has had his jail term increased by appeal court judges.

Jamie Taylor, 23, of Birmingham, had been given a four-year prison sentence by a judge at Nottingham Crown Court in June, following the death of 23-year-old Amaan Momand.

But three appeal judges on Thursday increased the term to five years and three months after Solicitor General Lucy Frazer mounted a challenge.

Lord Justice Males, Mrs Justice O’Farrell and Sir Roderick Evans, who considered the case at a Court of Appeal hearing in London, concluded that Judge Stuart Rafferty had not given enough weight to the racial element of Taylor’s crime when passing sentence.

Mr Momand and his wife Halima Hussain had been crossing a road near their home in Kings Heath, Birmingham, in September 2019 when a confrontation took place.

Halima told police the attack started shortly after Taylor called her a ‘p*** c***,’ as she crossed the road. 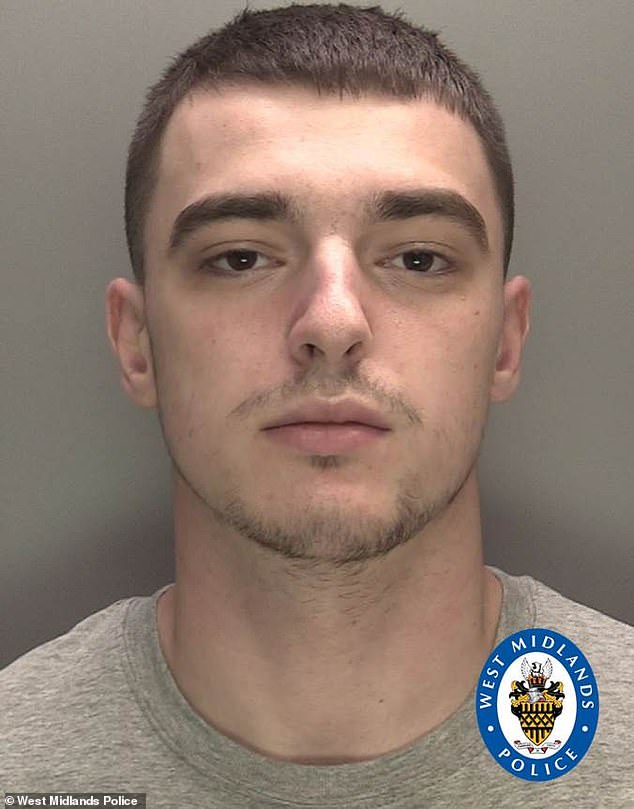 Jamie Taylor, 23, of Birmingham, admitted manslaughter after kicking a man to death when he defended his wife from racist abuse has had his jail term increased by appeal court judges 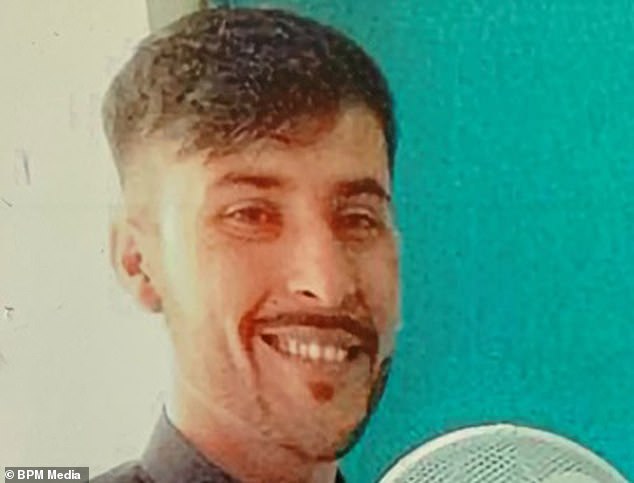 Amaan Momand, 23, was kicked in the head by Taylor after he defended his wife

Taylor, joined by 18-year-old Taylor Pountney, returned and attacked Amaan, after he tried to intervene in the row.

Judges heard that Taylor had shouted racist abuse before launching a high kick at Mr Momand.

Mr Momand died from serious head injuries, three days after he was attacked in the Maypole area of Birmingham.

A trial at Coventry Crown Court in September 2020 heard statements from an interview Ms Hussain gave to police following the attack, which happened near an Iceland supermarket at around 4.40pm on September 19.

In her statement, she said her husband was ‘literally beaten to death’.

‘I shouted back: ‘You white c**t,’ the car carried on driving.

‘I carried on walking, me and my partner were saying stuff like’ ‘It’s racist, it’s not nice, why do people do these things?’

‘The car went around the corner and stopped. The boys left the car and started walking towards us.’

Mrs Hussain then described the confrontation which followed.

Mrs Hussain said: ‘The boy came towards us and said: ‘What the f*** did you say?’

Mrs Hussain told police that her husband then tried to intervene saying: ‘Why did you try and run her over? She’s a woman, she’s my wife’. 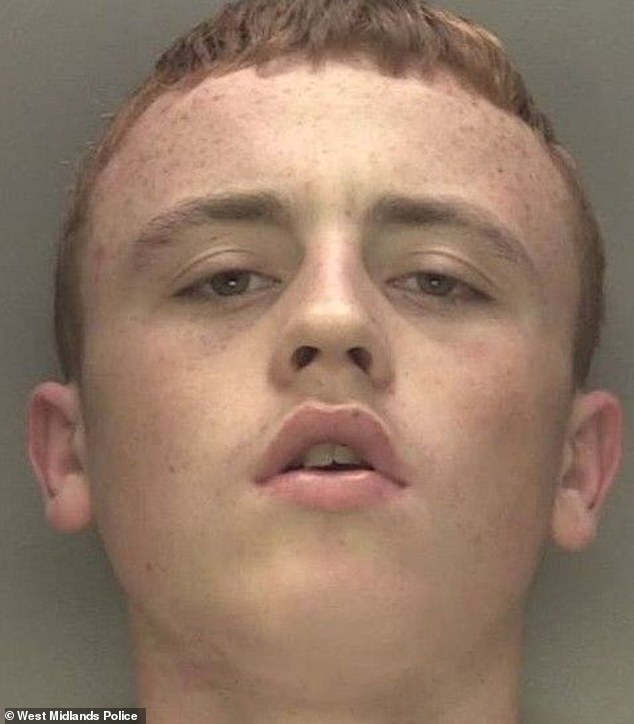 Taylor, joined by 18-year-old Taylor Pountney (pictured), returned and attacked Amaan, after he tried to intervene in the row

Mrs Hussain said she told her husband to ‘leave the boy alone, he’s just a kid’. Mrs Hussain told police: ‘The boy said: ‘I’m not young I’m 22 I’ll knock him out’, then the second boy threw a punch at my partner. At my partner’s face. My husband’s cap fell off.

‘Then he went to pick it up but before he got up the other boy kicked him in the side of head.’

Mrs Hussain said the pair then ran off into a car that drove away.

Mrs Hussain tearfully told police: ‘I was screaming and crying, there was blood everywhere on the floor.’

She added that as Mr Momand was taken away she was ‘so scared because I wanted to be with him’.

Mrs Hussain explained to the interviewing police officer how upset it made her feel to be racially abused.

Mrs Hussain said: ‘We were just going shopping. Why do we have to get attacked? I don’t feel safe in my house anymore.’ 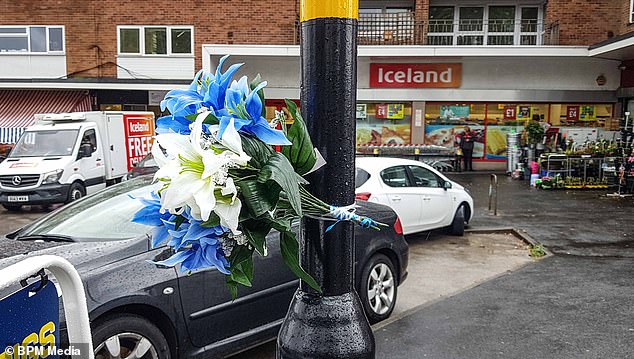 Tributes to Amaan Momand, 23, who died on September 22, 2019, three days after he was attacked in Maypole, Birmingham

The officer asked if there was any ‘warning’ the two defendants were going to be violent towards them.

When the officer asked what Mr Momand had done, Mrs Hussain said: ‘Nothing he was just asking: ‘Why are you saying that to my wife?”

She then broke off in tears before saying: ‘They literally beat him to death.’

‘Put bluntly this was a case of disgusting racial abuse, followed up by completely unnecessary violence and confrontation in which a man was killed solely because of the colour of his skin,’ said Lord Justice Males.

‘This was a nasty racist attack with catastrophic consequences.’

He said the four-year sentence had been unduly lenient.

Pountney, who was 17 at the time of the attack and had punched Mr Momand, was found guilty of manslaughter, and given a three-year custodial term.

The Solicitor General had not mounted any appeal against the sentence handed to Pountney, who is also from Birmingham.