VLADIMIR Putin's general has warned Russia's nuke launchers and hypersonic missiles are "ready for action" – further fuelling fears of an invasion of Ukraine.

Chief of General Staff of the Russian Armed Forces Valery Gerasimov said more than 95 per cent of Moscow's ground-based strategic nuclear forces are "kept in constant readiness for combat use". 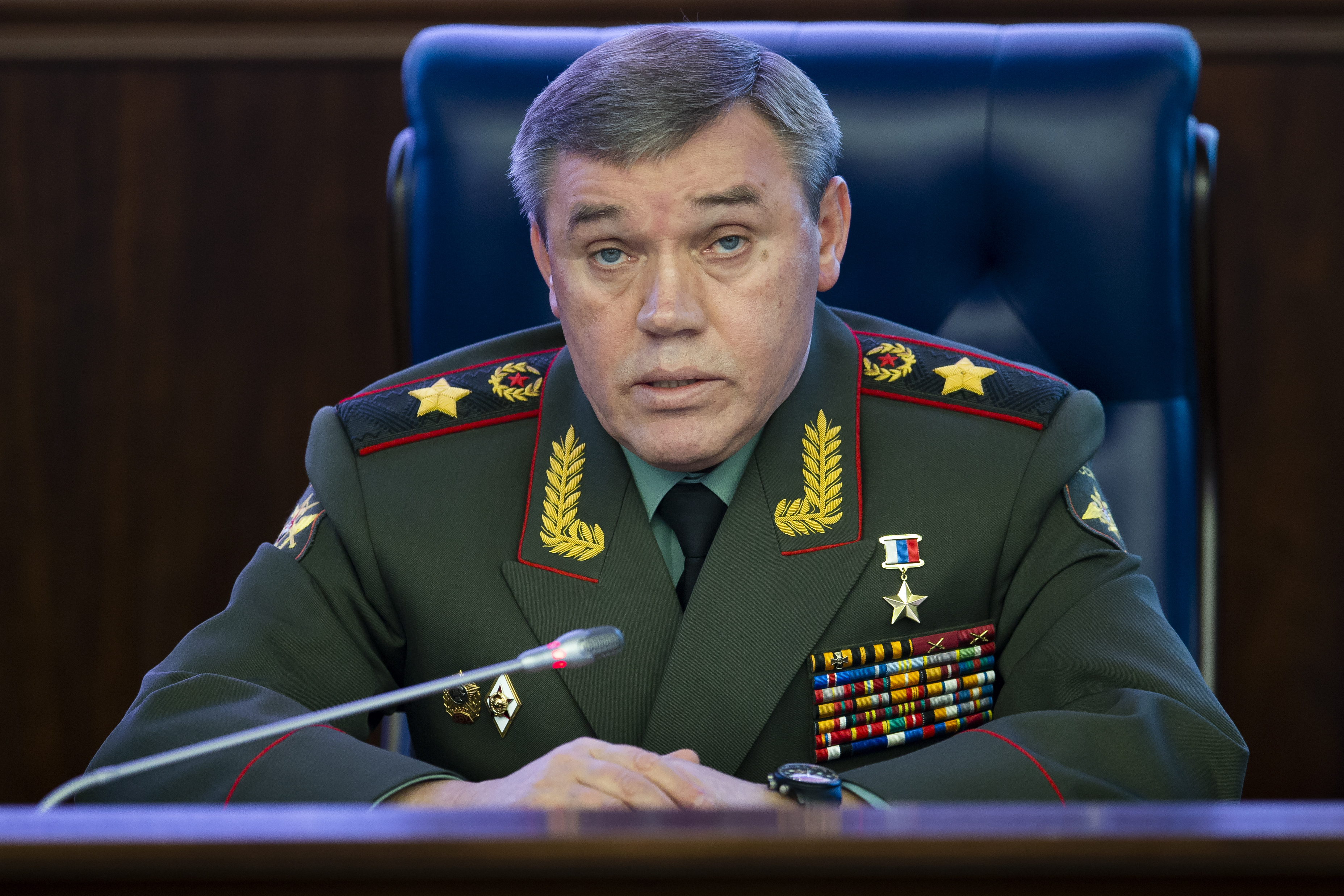 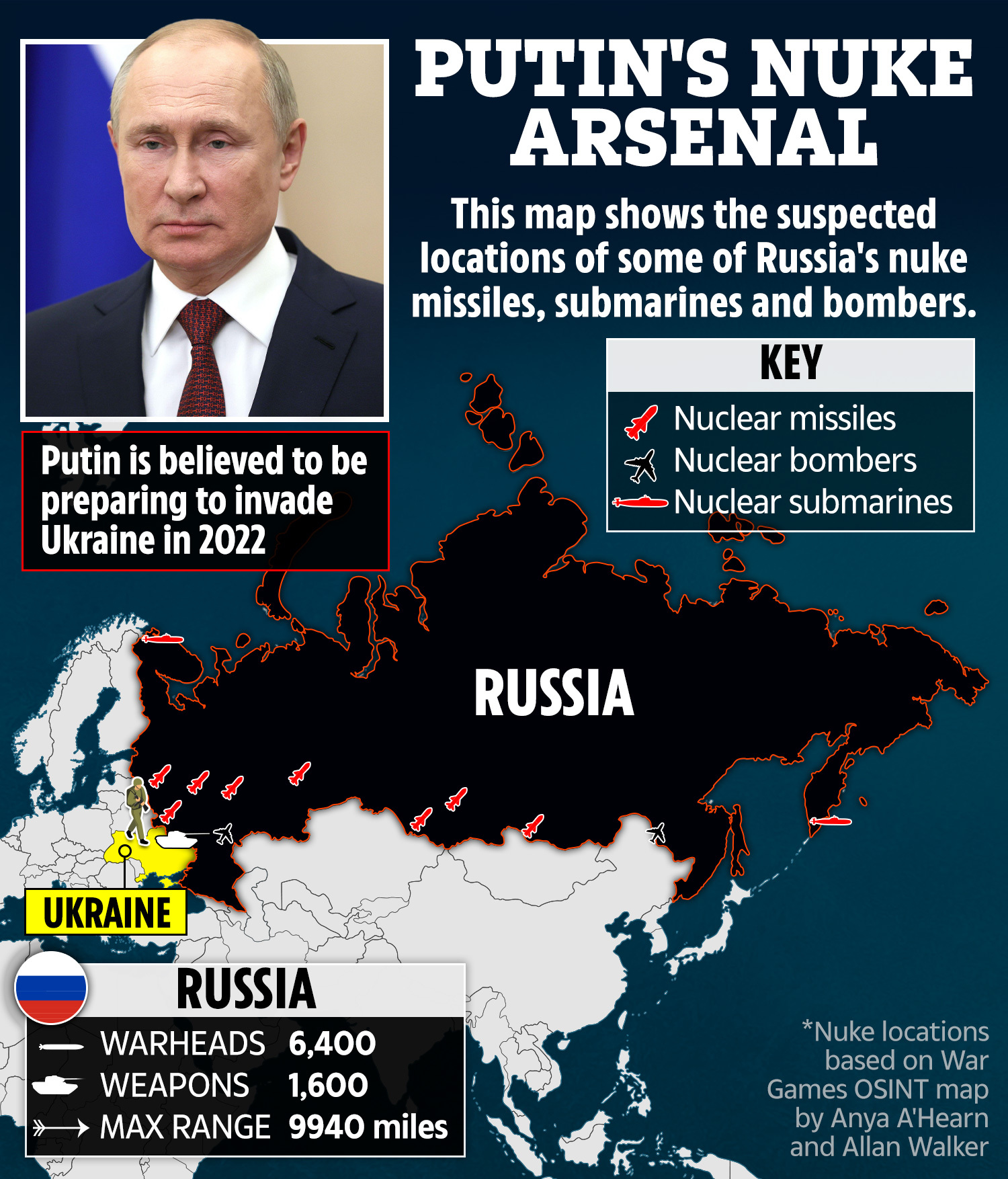 He also warned that Russia “is ready to combat any provocations by Ukraine in Donbas”during a briefing on Thursday with military ambassadors of foreign states.

The general said the Strategic Missile Forces are being re-equipped with modernised complexes, while the next launchers of the Avangard missile system are being prepped for combat use, reports TASS.

Gerasimov said: "Another nuclear-powered ballistic missile submarine Bulava will soon be introduced into the combat composition of the naval strategic nuclear forces."

He added that the "modernisation of strategic missile carriers of the aviation strategic nuclear forces" will ensure "their use of modern high-precision long-range missiles."

Putin's general also told the briefing that the combat capabilities of Russia's Airborne Forces are being built up as a response to growing tensions at the Ukraine border – with fears Putin could be set to invade in 2022.

He said that two airborne assault regiments have been formed this year, with "unmanned aviation units" being created.

Hypersonic missiles are also be readied, with tests of the Zircon shipborne missile system being" successfully completed", Gerasimov said.

It comes amid mounting tensions between the West and Moscow over a potential invasion of Ukraine – with growing fears war could break out.

Last week US intelligence detected 175,000 Russian troops on the border with Ukraine as fears of a potential invasion in early 2022 are mounting.

Meanwhile, Moscow claimed its fighter jets intercepted a US spy plane that was flying over the Black Sea.

Russia has denied that it plans to attack Ukraine.

Kiev's allies have always pledged to support them, but intervening against Russia could risk spiralling into a conflict that could explode into World War 3.

Russia has been demanded Ukraine not join NATO and raged that the US must stop all military activity in the region.

Ukraine commanders have warned that a Russian invasion would overwhelm the country without help from the West.

"There are not sufficient military resources for repelling a full-scale attack by Russia if it begins without the support of Western forces."

But it's reported Britain and her allies are ready to use force to stop Russia invading Ukraine – despite warnings it would lead to the worst conflict since World War Two.

Defence Secretary Ben Wallace said the crisis was a key test of the West’s resolve to rein in Vladimir Putin.

On a visit to Denmark yesterday, Mr Wallace said: “This is an international effort to persuade President Putin not to use those troops to invade or threaten the sovereignty of Ukraine.

“And that international effort includes everything from ­diplomatic, economic, and potentially defence capabilities to try and make sure it deters any aggression.”

At least 70,000 Russian troops have gathered within striking distance of Ukraine's border.

He said: “The worst scenarios, in terms of a full invasion, would be on a scale not seen in Europe since World War Two.”

Mr Wallace has sent extra troops to Russia’s borders in Poland and Lithuania.

Meanwhile, a US senator has warned America could "rain destruction" on Russia with nuclear weapons if Putin invades Ukraine.

Senator Roger Wicker said he supports sending troops to the region and suggested a ground war with Russia was possible in comments to Fox News on Tuesday.

"Military action could mean that we stand off with our ships in the Black Sea and we rain destruction on Russian military capability," Wicker said.

"We don’t rule out first-use nuclear action, we don’t think it will happen, but there are certain things in negotiations, if you are going to be tough, that you don’t take off the table."

But the Russian Embassy in Washington hit back at Wicker's remarks, branding his suggestion that the US should consider using nuclear weapons against Moscow in the event of invasion as "irresponsible".

“Such statements are irresponsible,” the statement, posted on Facebook, said.

“We advise all the unenlightened to read the joint statement of the Presidents of Russia and the United States of June 16, 2021 thoroughly. This document reaffirms the two countries’ commitment to the principle that a nuclear war cannot be won and must never be fought.”

Wicker's comments came after a two-hour call between President Joe Biden andPutin, in a bid to de-escalate tensions during which the US President threatened sanctions over the situation with Ukraine.

According to US officials, Biden told Putin there would be “clear and decisive” consequences in case of an invasion, the Times report.

Jake Sullivan, the US national security adviser, said that it could include stopping Russian gas exports through the Nord Stream 2 pipeline.

He said: “If Vladimir Putin wants to see gas flow through that pipeline he may not want to take the risk of invading Ukraine.

“The fundamental object of the policy the United States is pursuing in lockstep with our European allies is to deter a Russian military invasion.”

He added that Biden told the Russian President the US would send more weapons and equipment to Ukraine as well as deploy extra troops on the borders of the Baltics, Poland and Romania, in case of Russian aggression.

The high-stakes call came after Kiev said Moscow deployed tanks, snipers and bombers in the region as the Russian President is trying to "provoke return fire".

Ukrainian Defense Minister Oleksiy Reznikov told CNN there would be a "really bloody massacre" if Russia decides to invade Ukraine and warned that "Russian guys also will come back in the coffins".

The defence minister also said that five million Ukrainian refugees are fleeing into Europe amid heightened alarm about troop movements on the nations' border.

He said: "The red line is here in Ukraine and the civilized world will react without hesitation."

Meanwhile, an expert fears Putin mobilised troops on the Ukraine border while the US was distracted, and the crisis in Eastern Europe could “escalate” further as Russia displays its military intention.

Isabel Sawkins, a research fellow at the Henry Jackson Society, told The Sun: “Vladimir Putin has seen this as an opportunity to either station more troops or conduct more hypersonic missile tests because he knows the West has been distracted.

“The US has been distracted with the Pacific region and the retreat from Afghanistan. The eastern border with Europe has not been a priority for the US recently.”

Moscow has ramped up war games in recent weeks, and officials claim to have successfully tested its high-speed Zircon hypersonic weapon, with state media reports that Russia has increased its military cooperation with China.

The two countries have conducted joint military drills and signed a pact outlining ambitions for closer military cooperation between 2021-25.

Putin previously ruled out a formal military alliance but Moscow has sought to expand its ties with Beijing after relations with the US deteriorated over the 2014 annexation of Crimea.

Sawkins said: “If you end up having those two countries collaborating and working together against the West, it’s catastrophic – not just in the short term but also in the long-term.

“In Russia, there is a view that the West has been corrupted by liberal values – such as multiculturalism, freedom of religion, and freedom of sexual expression.

“I imagine that If Russia and China were to establish some sort of a New World Order, a lot of those values would dissipate very, very quickly.”

What is happening between Russia and Ukraine?

RUSSIA and the Ukraine have remained technically at war since 2014

Ukraine was aligned with Russia as part of the Soviet Union until its collapse in 1991, following which it became an independent state.

Both nations remained closely tied – but Ukraine gradually began to distance itself, seeking deeper ties with the West.

The open conflict was triggered by the Ukrainian Revolution in 2014 – when an uprising overthrew the pro-Russian government of Viktor Yanukovych.

Vladimir Putin's forces reacted by annexing the region of Crimea from Ukraine – a move which was widely condemned by the West.

The conflict then spiralled when pro-Russian groups in Eastern Ukraine then took up arms against the state.

Russia gave their backing the separatist forces which formed breakaway republics in Donetsk and Luhansk.

Putin's forces then launched a military incursion into these regions as they gave their support to the rebels.

Russia continues to hold Crimea – and claims the region joined them willingly after they a referendum.

Seven years have now passed and the War in Donbass remains at a stalemate.

It is estimated some 14,000 have been killed in the conflict, including more than 3,0o0 civilians.

Ukraine and the rebels signed a new ceasefire in July 2020 – but clashes have been steadily increasing again throughout 2021. 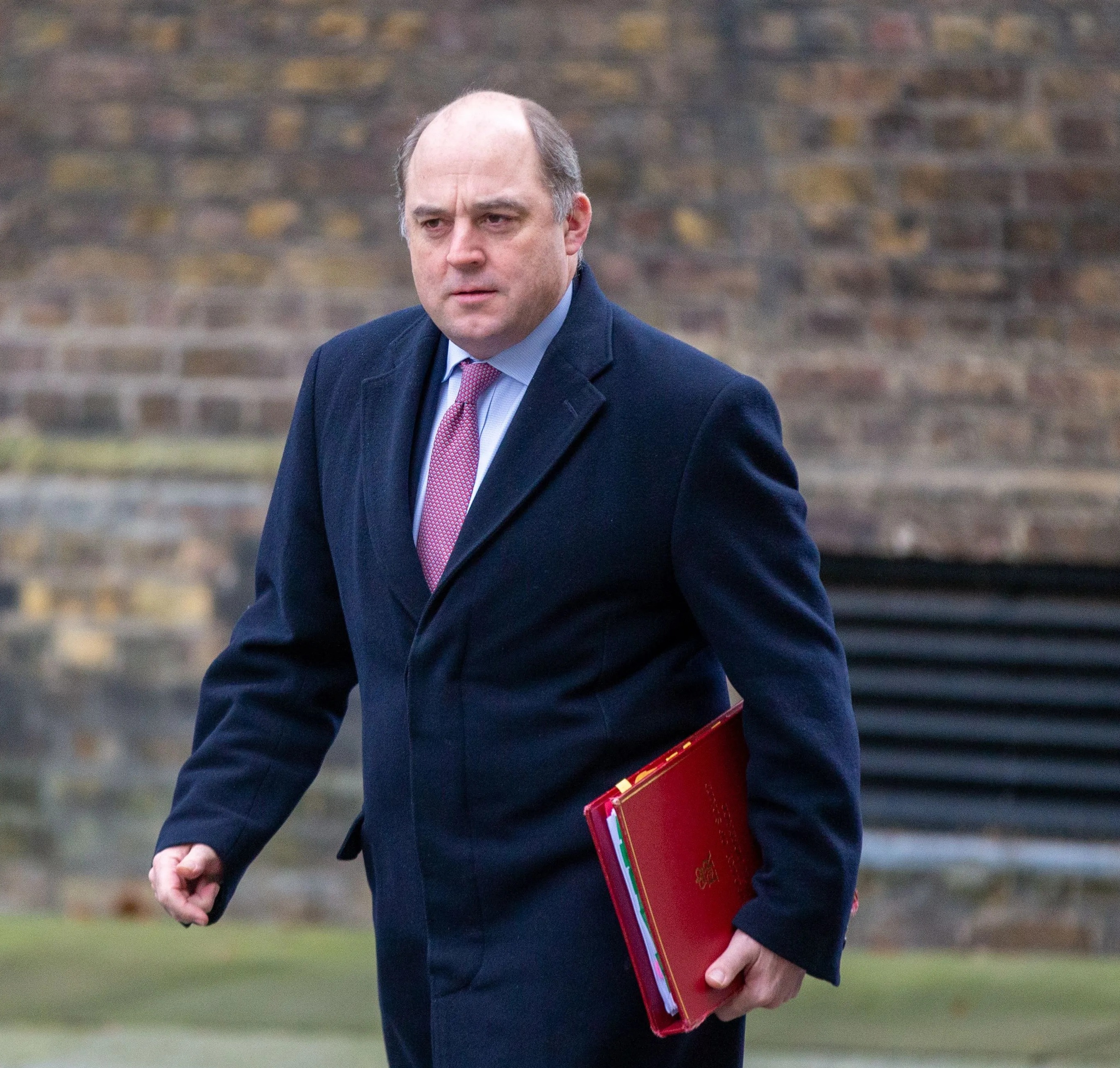