Putin keeps distance as he lands in Uzbekistan – ‘scared of diseases?’

Vladimir Putin arrives in Uzbekistan for the SCO summit

As Vladimir Putin walked down the steps of a plance onto the tarmac of Samakand airport, Uzbekistan, the Russian President saluted the Special Representative for the country’s President from a distance. Instead of shaking hands with Ismatulla Irgashev, Putin stood with his arms straight and flat against his flanks. Mr Irgashev was hesistant to extend his hand but retracted last-minute.

Putin then swiftly moved to black limousine waiting for him, with servants opening his car’s back door.

Hanna Liubakova, a Belarusian journalist who shared the video, tweeted the video, noting: “He [Putin] keeps a distance and doesn’t shake hands.

“Is that because he is scared of getting diseases?” 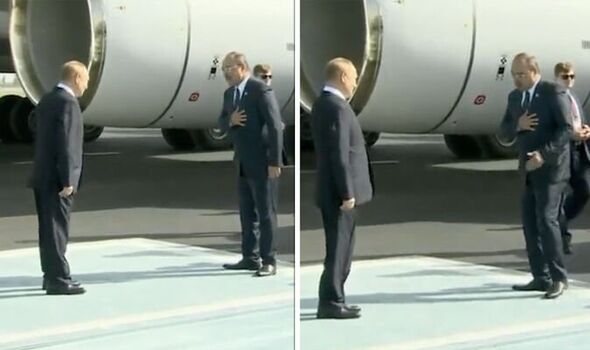 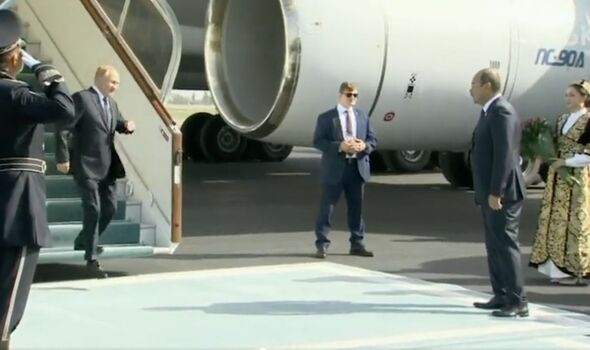 Putin and some of his allies are gathering for the Shanghai Cooperation Organisation (SCO) Summit in Uzbekistan in a meeting aimed at ensuring peace and stability in the region, reducing poverty and ensuring food security.

In the first day of the two-day summit, some of Putin’s allies will feature such as India’s Narendra Modi, China’s Xi Jinping and Mongolia’s Ukhnaagiin Khurelsukh among other Central Asia leaders.

The Russian leader is set to seek support from allies, with Russian troops suffering a major military setback on the battlefield in Ukraine. 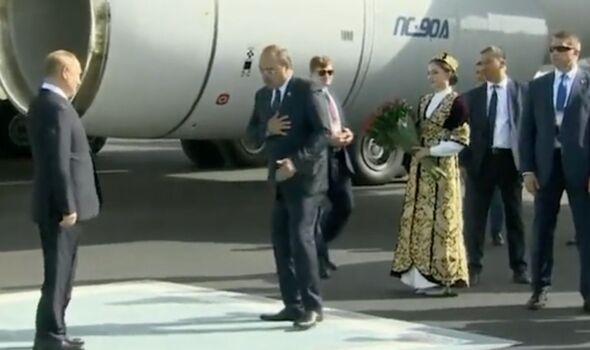 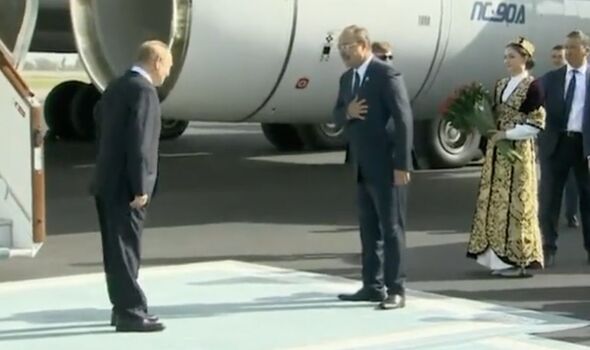 In a major counteroffensive in the northeast Kharkiv region, Ukrainian troops have retaken the entirety of the region in only weeks.

China’s President Xi Jinping told his Russian counterpart that Beijing was willing to work with Moscow to support each other’s “core interests”, according to AFP.

However, Putin acknowledged Xi Jinping had worries and questions about the state of affairs in Ukraine.

Speaking at the summit, Putin also thanked the Chinese leader for its “balanced position” and said the US’ “attempts to create a unipolar world” would fail. 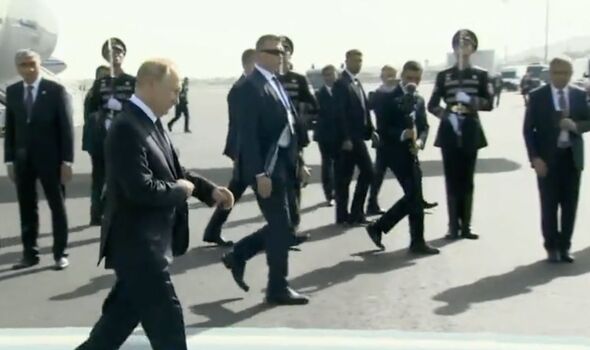 “We highly value the balanced position of our Chinese friends when it comes to the Ukraine crisis,” Putin told Xi Jinping in his second foreign visit since the beginning of the war.

Russia has become increasingly isolated on the international scene since Putin’s unilateral decision to expand the invasion of Ukraine, making China a vital ally.

“Putin is getting more out of it than Xi – Russia is quite isolated internationally,” Professor Emeritus Rosemary Foot, a senior research fellow in international relations at Oxford University, told the BBC.

“So it’s important to show that China is a supportive partner, not an ally but certainly a supportive actor. There is a close relationship.”