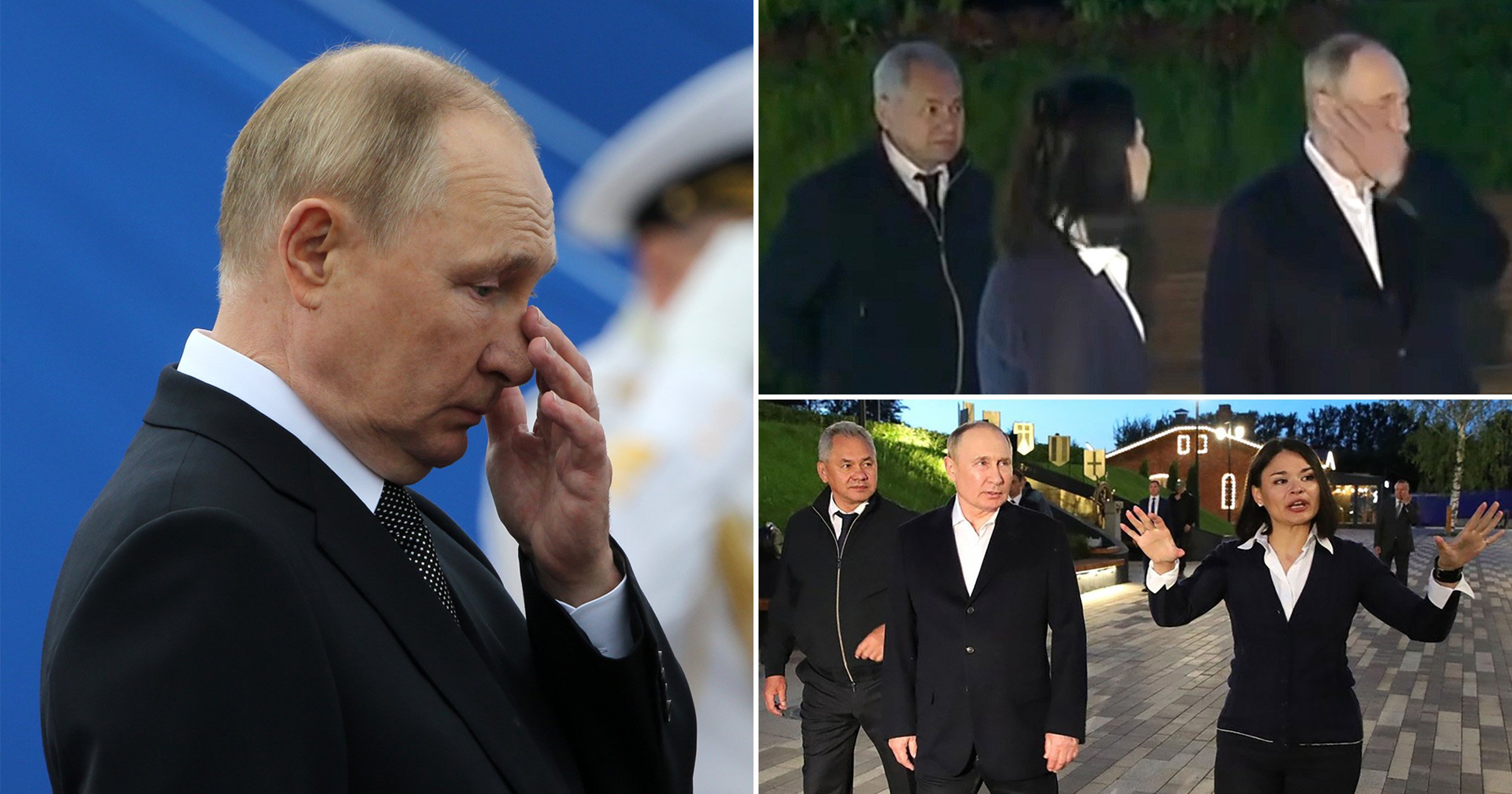 Footage has emerged showing Vladimir Putin appearing to struggle to shoo away a mosquito, raising health questions about the Russian dictator.

He was also seen limping beside defence minister Sergei Shoigu’s daughter Ksenia, 31, as she showed him around a military museum to celebrate the country’s Navy Day.

Reports suggest the macho man has a group of doctors around him at all times when he travels around Russia and abroad.

There have also been recent claims from Ukraine he has been using body doubles during visits abroad.

His recent visit to Iran was marred by fears he was using a stunt double.

Putin seemed to move unusually quickly on his trip to the Iranian capital, and looked more alert than in previous public appearances.

The channel is run by exiled Kremlin lieutenant-general insider who is known by the alias Viktor Mikhailovich.

Russian political scientist Valery Solovey defended this claim, saying: ‘The Americans, the CIA particularly, have information on the real state of health of the Russian president.

‘They definitely know that he has serious troubles, including mental ones.’

But CIA director William Burns disputes this saying there is no intelligence Putin is ailing.

The Kremlin insists Putin is healthy and there are rumours his mistress Alina Kabaeva, 39, is expecting a new baby.