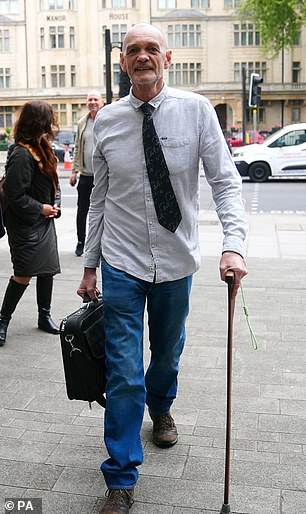 Lance O’Connor was today found guilty of causing Peter Kyle MP harassment, alarm or distress after shouting ‘this is what we do to traitors’ while holding a makeshift gallows and noose outside the House of Commons

An anti-lockdown protester who shouted at a Labour MP ‘this is what we do to traitors’ while holding a makeshift gallows and noose outside the House of Commons has avoided jail.

Lance O’Connor, 57, called out the name of Hove and Portslade MP Peter Kyle in Parliament Square, central London, while he was walking back to his office in Portcullis House on October 20 last year, Westminster Magistrates’ Court heard.

The 51-year-old MP, who was appointed shadow secretary of state for Northern Ireland last year, saw O’Connor standing with the makeshift 6ft-tall gallows and noose after hearing someone call his name.

Mr Kyle said he then saw the defendant pointing at the object and saying: ‘This is what happens to traitors.’

She handed O’Connor a conditional discharge for 12 months, meaning he must not commit another offence within that period.

O’Connor, who appeared in court holding a wooden walking stick resembling a gallows with a noose, said he would be appealing against the decision and muttered ‘complete travesty’ as he left court. 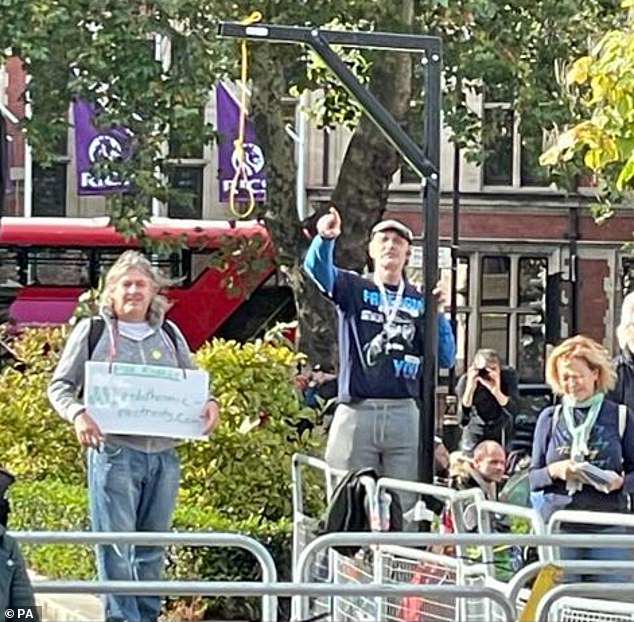 Mr Kyle, the MP for Hove, said he heard O’Connor shout his name and when he turned around he saw the defendant holding a makeshift gallows and noose. Mr Kyle took this picture and later shared it onto his Twitter

The public gallery was full of O’Connor’s supporters – including Jeremy Corbyn’s brother Piers – throughout the trial, who cried ‘shame on you’ when the guilty verdict was delivered.

O’Connor had denied calling out Mr Kyle’s name, calling him a ‘traitor’ or saying ‘this is what we do to traitors’ while pointing at the gallows and noose.

He admitted bringing the gallows, which he built from plastic guttering, to a protest on Parliament Square on October 20 last year but denied it would cause anyone harassment, alarm or distress.

O’Connor claimed the gallows was just ‘a bit of plastic guttering’ which he had made to show his ‘artistic temperament’.

He even made the outlandish claim that MPs should resign if they could not ‘take this sort of criticism’.

During the trial, Mr Kyle said he had been having lunch with staff and was walking back towards his office in Portcullis house when his attention was drawn to his name being called out by someone among a small group of protestors.

He said he felt ‘chilled’ and ‘threatened’, especially in light of Conservative MP Sir David Amess’s murder a week earlier. 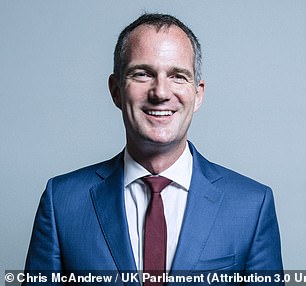 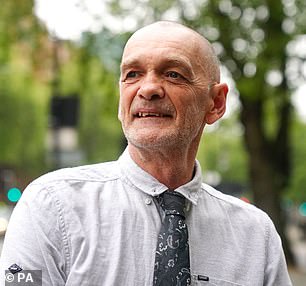 Giving evidence, Mr Kyle said he was walking towards the corner of Bridge Road near the PC Keith Palmer memorial in Parliament Square when he heard his name being called.

Asked what the tone of the voice was, he said: ‘It was in an angry shout.’

He added: ‘I saw a man standing there holding gallows with a noose in Parliament Square.

‘When I looked briefly the first time I did not quite take it in. It was only when I continued walking that the impact of what I had seen struck me.’

The MP then said: ‘The word “traitor” was being used and then, when I looked across the road again, a man said “This is what we do with traitors”.’

Mr Kyle said he saw the man pointing up at the noose and took a photo which he later posted on Twitter, and which was shown to the court.

‘I was shocked, I was chilled, I was threatened,’ he added.

Mr Kyle referred to the murder of Sir David, who had been killed a week before, and Michael Gove, who was called an ‘absolute w*****’ and a ‘f***ing idiot’ by anti-lockdown protestors, saying: ‘There was an atmosphere around Westminster that was chilling so to see that was horrifying.’

Stephen Tiller, who later called police, said he went up to the defendant and asked what the gallows was for, to which he replied: ‘all those f***ers in there’.

Mr Tiller asked whether O’Connor wanted to hang doctors and nurses to which he said ‘no, only the instigators.’

He said: ‘He then started talking about Bill Gates for some weird reason.

‘I thought he was completely off his trolley to be honest.

‘He also said “the death penalty does not exist in this country any more but if people commit treason they should go to the gallows”.

‘I was very conscious of the gallows as they reminded me of ones that were erected for Mike Pence during the January 6 insurrection.’

O’Connor later told the court he did not intend to cause distress but was protesting about ‘draconian’ lockdown measures that were in force at the time. 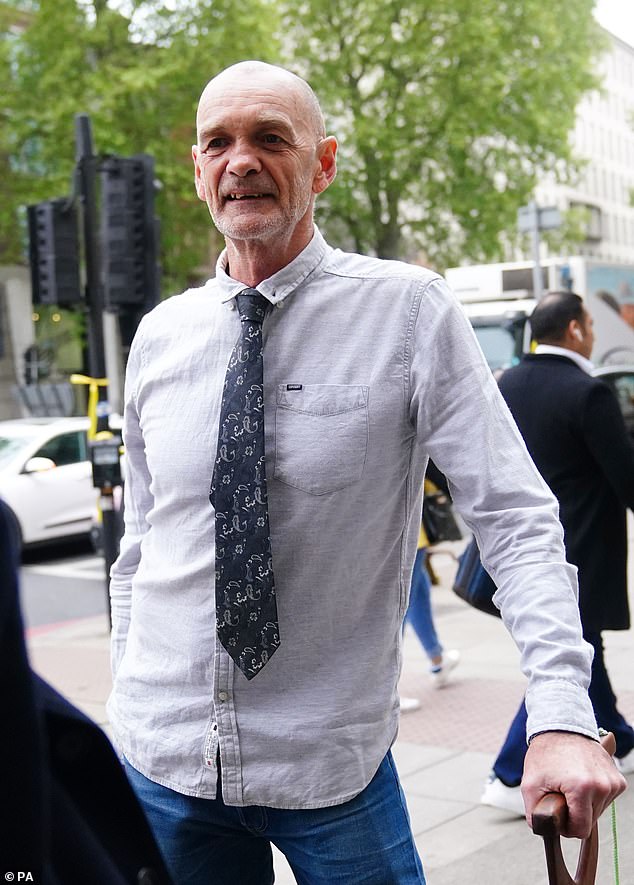 The defendant claimed he did not know Mr Kyle was an MP, adding: ‘I had never seen him before. I do not watch anything to do with Parliament.’

He claimed Mr Kyle had come up to him and asked: ‘Do you think that is appropriate?’

O’Connor said: ‘I pointed across the road at the Palace of Westminster and said “What I think is inappropriate is the draconian measures the people in Parliament have made”.’

He also said he built the object ‘as a statement to the Government that treason is still punishable by the gallows’.

Alex Alawode, prosecuting, pressed him on the gallows being ‘threatening’ as an ‘instrument of execution’.

Mr Alawode asked him if he thought it would cause distress in the wake of Sir David’s murder, and he said: ‘I did not consider it, to be quite honest with you.

‘Now I can see that some people can find it – not some people, MPs – but they are public servants and if they cannot take this sort of criticism maybe they should be in a different career.’

O’Connor repeatedly answered ‘I totally refute that allegation’ when he was asked if he had called Mr Kyle’s name, used the word ‘traitor’ or intended to threaten the MP.

O’Connor, of Plaistow, east London, had denied targeting Mr Hove with intent to cause harassment, alarm or distress.

Judge Minhas told him: ‘I make the finding that [Mr Kyle] was caused harm, alarm or distress by your behaviour, by the gallows’, adding that Mr Kyle had felt so threatened that he ran away.

‘I make the finding that there can be no other reason while holding these gallows and directing them towards a Member of Parliament save to cause harassment, alarm or distress.’