New PM Liz Truss faced the first acid test of her leadership today – as she faced Prime Minister’s Questions in the hotseat.

The 47-year-old mother-of-two went head to head with Labour’s No 1 Keir Starmer in their battle across the Commons.

After the bombastic bluster of Boris Johnson’s performances, political watchers were eager to see how his successor fared.

And like some unexpected sequels often are, Ms Truss appeared to have been given a cautious welcome across the board so far.

Here MailOnline takes a look at the political pundits’ ponderings on the new PM’s performance: 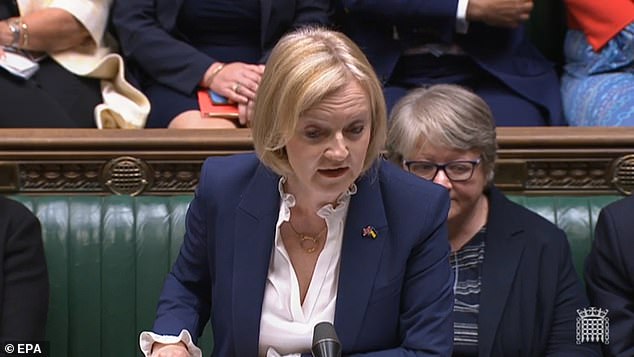 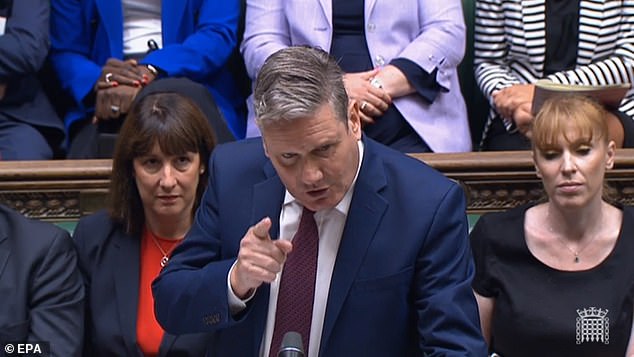 Andrew Neil, Chairman of The Spectator 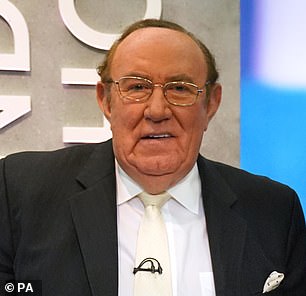 ‘She’s not cutting it.

‘She’s keeping it the same by refusing to proceed with next year’s Sunak increase.’

‘I suspect that after PMQs it’s starting to dawn on Labour they’ve made a mistake in underestimating Liz Truss.’ 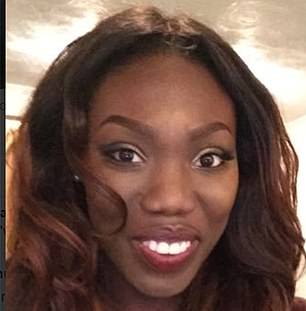 ‘She was sparky, she was punchy, she answered the questions.

‘I did really love the fact that Johnson took to slightly mocking Starmer;

‘I think what Truss is doing instead is to actually seriously engage with what he is saying.

‘I think it made for a much more illuminating PMQs.

‘If she has been having voice coaching, I think that’s a sensible thing to do. 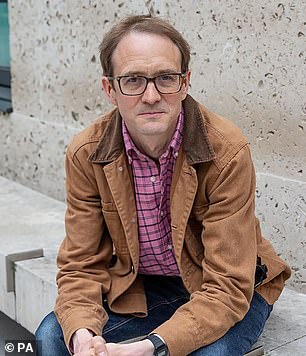 ‘As Prime Minister’s Questions finished, there appeared to be a warm, one-on-one brief chat between Liz Truss and Keir Starmer.

‘I think Starmer said “well done” to his opponent: all party leaders regularly acknowledge that PMQs is a tough gig.

‘So – how did it feel, how did the main players perform?

‘It felt less personal, much less theatrical and more ideological.

‘Gone were the linguistic gymnastics of Boris Johnson. Gone was the personal venom between the Conservative and Labour leaders. 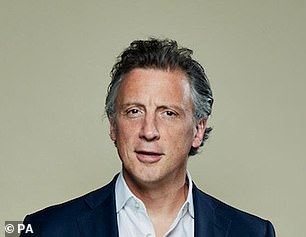 ‘Liz Truss is not a legendary orator, and some Tory MPs lived in terror at the thought of her robotic despatch box style.

‘But that was a very strong debut.

‘A zinger on Labour struggling to recruit leaders outside of North London.

‘Day 1, and surprising on the upside so far. 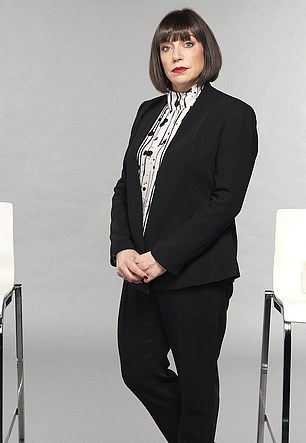 ‘This week’s PMQs, the first between Liz Truss and Sir Keir Starmer, was more ideological and more enlightening than we’ve been used to.

‘At long last, you felt like this was a Commons clash where instead of trading rhetorical blows and political attacks, there were genuine differences over policy and ideology.

‘It was almost going back to the old dividing lines of the Conservatives versus Labour.

‘Liz Truss talked about not wanting to put taxes on businesses and being a low taxation party, while Keir Starmer tried to position the PM as someone on the side of vested interests, while claiming Labour is on the side of working people.’

Richard Vaughan, Political and Education Correspondent at the i newspaper

‘If Liz Truss’s aim for her first PMQs was to kill the usual heat and rancour in the Commons chamber, then she succeeded. It was a solid, no-frills performance.

‘Her debut appearance as PM in the Commons appeared to show she is aware of her own limitations, and despite an understandably nervy start, she grew into the role as the muscle memory of being at the Despatch Box came back to her.

‘Ms Truss’s arrival onto the front bench was greeted with cheers, but it was by no means a deafening welcome by backbenchers to their new leader – perhaps a portent of things to come.

‘On the evidence of her no-nonsense opening appearance in her new role, they would be wise not to underestimate her. Her next trick will be to try and inspire those on the benches behind her.’

‘Hurrah for boring. Three cheers for boring. My god we’ve been made to wait for it, but boring, as Smash Hits magazine used to say, is back Back BACK!

‘These, nominally, are historic moments, and for those us who’ll be asked by our grandchildren whether we were there, the reply will be the same: “I really can’t remember.”

‘As these words leave my fingers Liz Truss’s first prime ministers questions has been over for four minutes and I’m already not entirely certain if I could tell you whether or not I was there.’