Plant-based recipes: How to ease yourself into a vegetarian diet 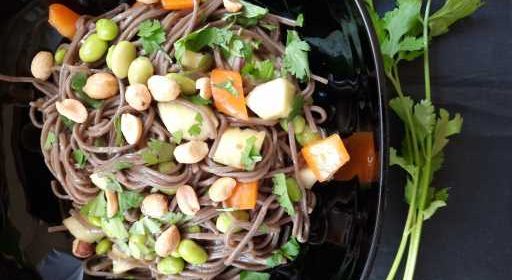 These seven words changed how I ate: “Eat food, not too much, mostly plants.”

Michael Pollan, the American journalist and author, wrote them in his book, “In Defense of Food” (Penguin, 2009). Pollan means that we ought to “eat real food” versus processed food that merely conveys “nutrients.” To eat food, the ingredients of which we would recognize; food that is closest to its source. Most often, that means plants.

And to eat “not too much,” to eat protein-rich food and food that is abundant in fiber and genuine nutrients (whole grains especially). Food that fills and satisfies. Again, most often that means plants.

After I read “In Defense of Food,” I changed up both my cooking and my eating. I didn’t sign on to be a card-carrying vegetarian or vegan, but I began to cook more vegetable- and grain-based (especially) Indian cooking because it is so flavorful a turn on plant-based cooking. I ate (and eat) red meat and fowl much less frequently than before. I fell in love with tinned fish and tomato sandwiches (not together).

And I found a friend in Jessie Funchion. (Full disclosure: she was first a family friend.)

And like the best of Pollan (whose “In Defense of Food,” she says, “was a big book for me, too”), she’s just so sane.

Her advice on living a plant-based diet, like the meals she proposes for adults and children alike, is well-balanced and based in solid science.

“If you’re a vegan because your moral stance is animal rights or a concern for the planet,” she says, “you’ll probably be a vegan.

“But if it is for reasons of health and diet,” she adds, “I don’t believe in being a strict vegan.”

“First, a behavioral reason: Any feeling of restriction–saying ‘no’ to eggs and meat—leads to backlash,” she suggests, “even to binging or overeating. Allowing a little helps yourself for the long term, the rest of your life.”

“Second, with kids, saying ‘no’ to them will really backfire,” she says. “Plus, it’s very important to expose them to allergens in, say, fish, eggs and dairy, early and often, especially in the first six months, so that they have the potential to tolerate them.”

Funchion finds wisdom in youngsters and how they eat (she and her husband, Nick, have two under the age of three). “The younger, the better,” she writes about accepting a plant-based diet. “Babies are more open to trying new foods than toddlers.”

It may take attention on the part of parents. “Repeat, repeat, repeat,” she also writes. “It often takes 20-30 exposures before kids accept a food.” Also, “Take the pressure off.” Tell your kid, “You don’t have to eat it, but I’m still going to serve you a small amount.”

Of course, Funchion’s advice is wholistic, too. “You need good diet and exercise for good health,” she says. “You can’t outrun a sedentary lifestyle.

She also lifts off our shoulders much of the worry attendant upon a paradigm shift from meat-heavy to plant-based eating.

If you eat a plant-based diet with solid amounts of fruits and vegetables, grains, beans and legumes at most every meal, we’ve little to worry about what’s on our or our children’s plates.

“Don’t worry about carbs,” she says. There’s “no need to measure or count calories. You’re likely getting enough protein. Eat every three to four hours. Don’t forget your vitamin B-12 supplement. And use animal products as a garnish, or not at all.” (About the latter, she suggests that they amount to “less than five to ten percent of your diet.”)

Being a vegan (or, threateningly, a “vegangelist”) isn’t all that it’s cracked up to be if a vegan drinks vegan-OK but sugar-laden sodas and juices, snacks of vegan-friendly (but also sugar- and fat-rich) cookies, crackers and chips, non-dairy ice cream as an evening treat and refined grains such as white bread.

Plus, as Funchion points out, “Eating bland food is sad.”

A lot of deliciousness grows out of the ground. Let’s cook it; let’s eat it.

Boil a large pot of water. Chop vegetables and tofu (if using). Add noodles and edamame, if using, to same pot and boil according to directions (both usually say 4-6 minutes).

Drain noodles and edamame and toss with vegetables and desired amount of dressing. Garnish with peanut and chopped cilantro.