SHOCKING footage shows nearly 200 rescue animals suffocating in 29C heat after they became trapped outside Kabul airport by the Taliban.

Former Royal Marine Pen Farthing, 57, shared the video of the 173 cats and dogs who he warned will bake to death in their travel crates if they are not let out. 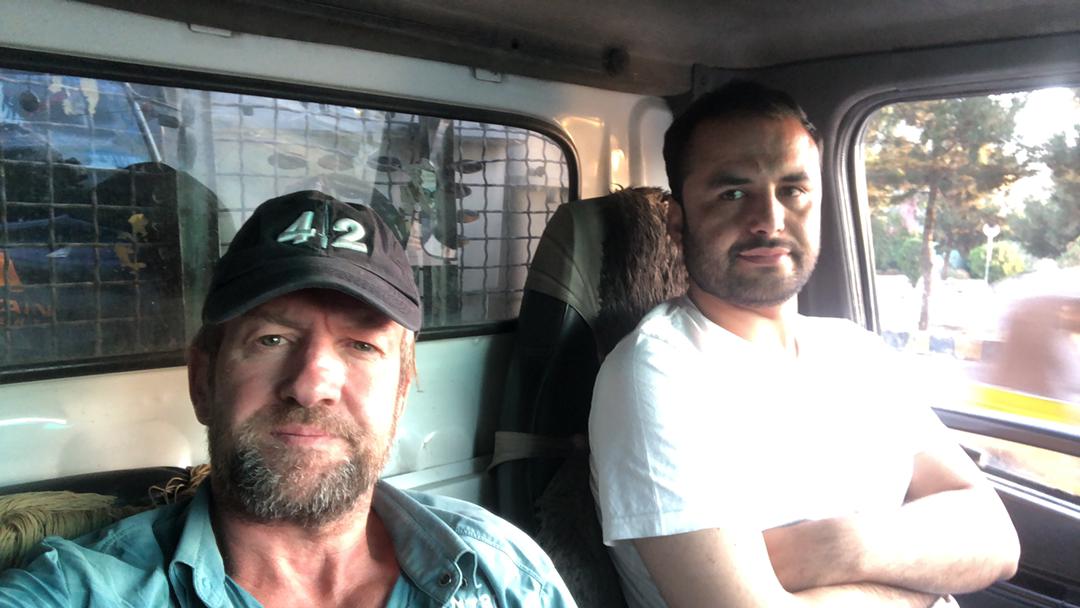 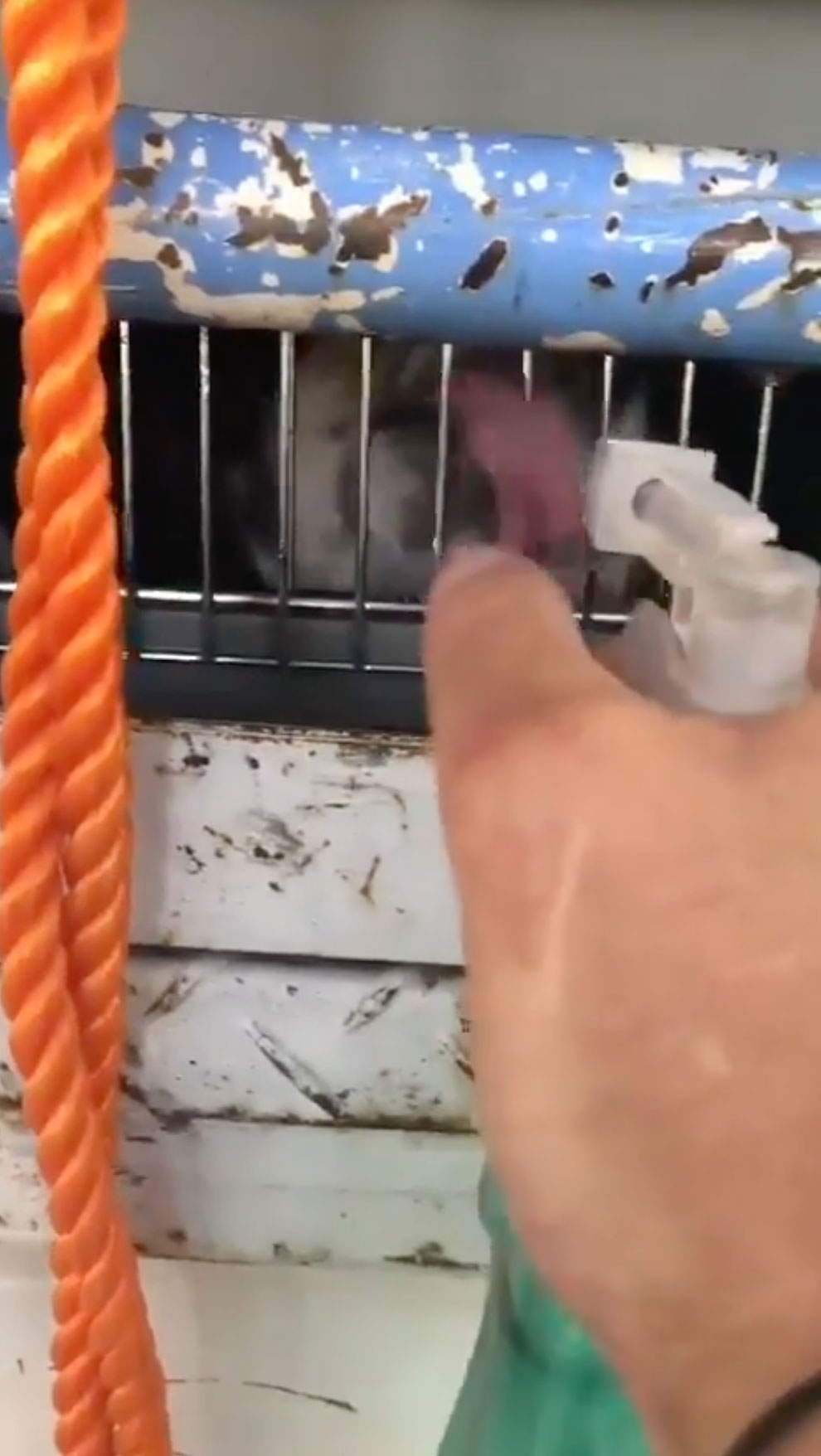 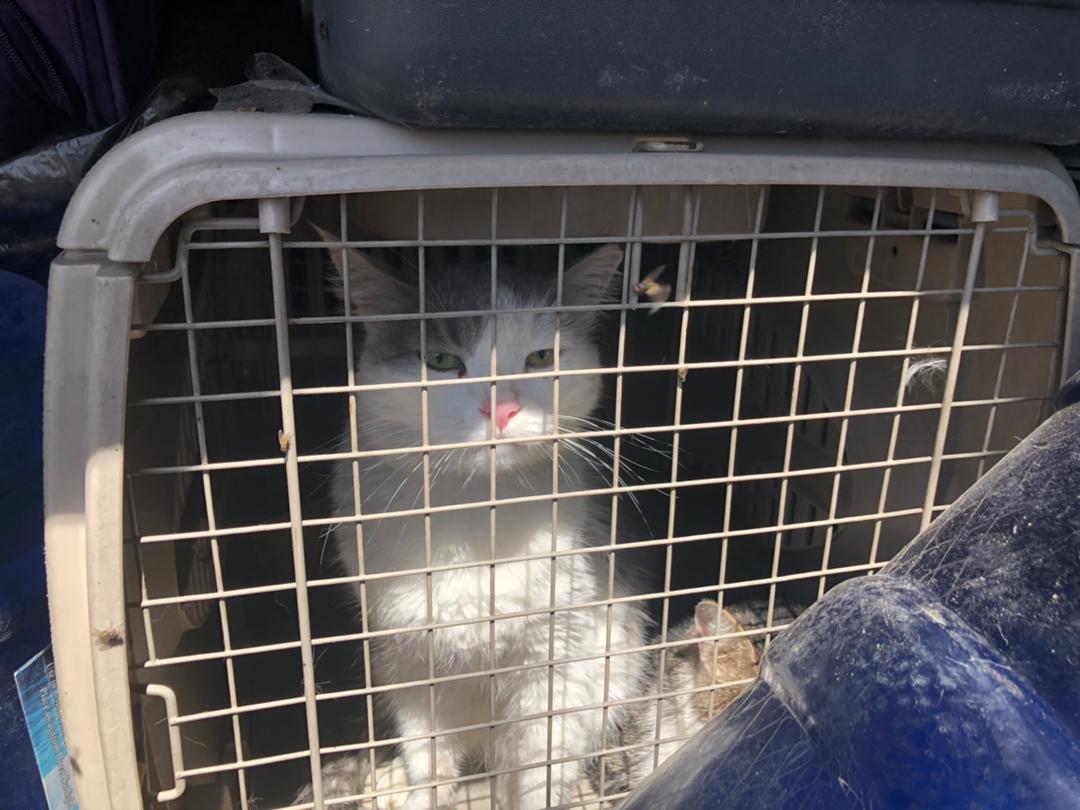 The clip shows the two trucks where the pet are stacked in their crates in Kabul's searing heat.

Today is a scorching 29C in the Afghan capital – and the animals are no longer in the shade.

The distressed pooches are seen gasping for air as they sit in the boiling vehicles covered in tarpaulin.

Pen has been able to spray water on the animals which are at the back of the trucs – however explained that he has no access to the others.

He is now worried they could suffocate if something is not done quickly.

Ex-commando Pen founded Nowzad, an animal rescue charity, after serving in Afghanistan in 2007.

He made a midnight dash with his 25 Afghan staff and their families after Defence Secretary Ben Wallace agreed to let him land a private charter flight to fly them all to Britain.

The mission to rescue 94 dogs and 79 cats is codenamed Operation Ark.

Pen bought two trucks in the space of 24 hours and loaded them up with food and supplies to last three days – in case they were delayed inside the airport.

But they nearly didn’t make it after they were stopped at a Taliban checkpoint as they raced across the city under cover of darkness last night.

“About 15 guys jumped out and levelled their guns at us,” he said.

“Then one of them had an ND [a negligent discharge]. Luckily he was a s*** shot and it went over our heads.

“I very rarely hear Afghans swear in English but I heard a few words then.”

They were held for an hour at the checkpoint before finally being allowed to drive across the city to the airport.

Pen said they left under cover of darkness so that it was cooler for the animals.

They reached the airport at 2am local time, but eight hours later they had still not been let through.

ANIMALS WILL DIE IN HEAT

“We’ve got hours now before animals start dying,” he warned.

Staff parked their trucks stacked in the shade.

They lifted the tarpaulins to allow more air to flow and vets have been spraying the crates with water to try and keep them cool.

“There are some in the middle we can’t reach and we can’t start unloading them because it will attract too much attention room,” he added.

“It is getting really desperate.

“We are appealing directly to the Taliban to let us through.

“We have permission to leave.

“We are in touch with the British forces but they say they are powerless to help.”

'WE HAVE TO GET THROUGH'

In a tweet to Taliban spokesman Suhail Shaheen, he said: "Dear sir.

"My team and my animals are stuck at airport circle. We have a flight waiting.

"Can you facilitate safe passage into the airport for our convoy?

"We are an NGO who will come back to Afghanistan but right now I want to get everyone out safely.

"We have been here for 10 hours after being assured that we would have safe passage. Truly would like to go home now."

Pen vowed to stay in Afghanistan until he knew his rescue animals and 25 members of staff would be safe – despite holding a British passport.

Politicians have urged him to get out of the country as soon as possible after his wife Kaisa Markhus managed to escape with a pregnant American friend.

We've got hours now before the animals start dying

"The flight can land. We are aware of this flight, the plan is to operate it through to Tajikistan – that is all fine and we can facilitate that," he said.

"The issue is getting Pen into the airfield, and there are some hard realities about that.

"We are able to facilitate Pen going as a priority as a British passport holder."

But Pen's staff may face problems, he warned – despite ministers "moving heaven and earth" to accommodate them.

"The reality is, to give them safe passage or bring them through ahead of everyone else means we're moving equally desperate Afghans out of the way," he said.

"I hope your viewers understand that."

But today his rescue mission was cast into doubt today as ministers refused to let him "jump the queue".

Heappey said it would be wrong to let the sanctuary owner barge in front of desperate Afghans waiting at the airport to be evacuated just because he has a public profile.

And this afternoon the Defence Secretary Ben Wallace hit back in a fiery Twitter rant – accusing some of "bullying" and "falsehoods" over the whole sorry saga.

Meanwhile, the British evacuation mission is set to end as soon as today, Politico reports.

And the UK will likely announce the final airlift after it has taken place in a bid to avoid more chaos on the ground.

The Foreign Office warned last night there's an imminent threat of a terror attack at the airport and that everyone in the area should evacuate immediately.

Mr Wallace has admitted thousands of Afghans who helped British efforts in the country would be left behind.

In another interview earlier today, Mr Heappey said the "window of opportunity to evacuate people is closing".

He told BBC Radio 4's Today programme: "We will do our best to protect those who are there.

"There is every chance that as further reporting comes in we may be able to change the advice again and process people anew but there's now guarantee of that.

'THE WINDOW IS CLOSING'

"But… the window of opportunity to evacuate people is closing. It's not as simply a case of we can pause, deal with the threat and pick up where we left off."

And he said there's "very credible reporting" of an "imminent" and "severe" threat at the airport today.

He told BBC Breakfast: "The credibility of the reporting has reached the stage where we believe there is a very imminent, a highly lethal, attack, possible within Kabul.

"And, as a consequence, we've had to change the travel advice to advise people not to come to the airport, indeed to move away from the airport, find a place of safety and await further instruction." 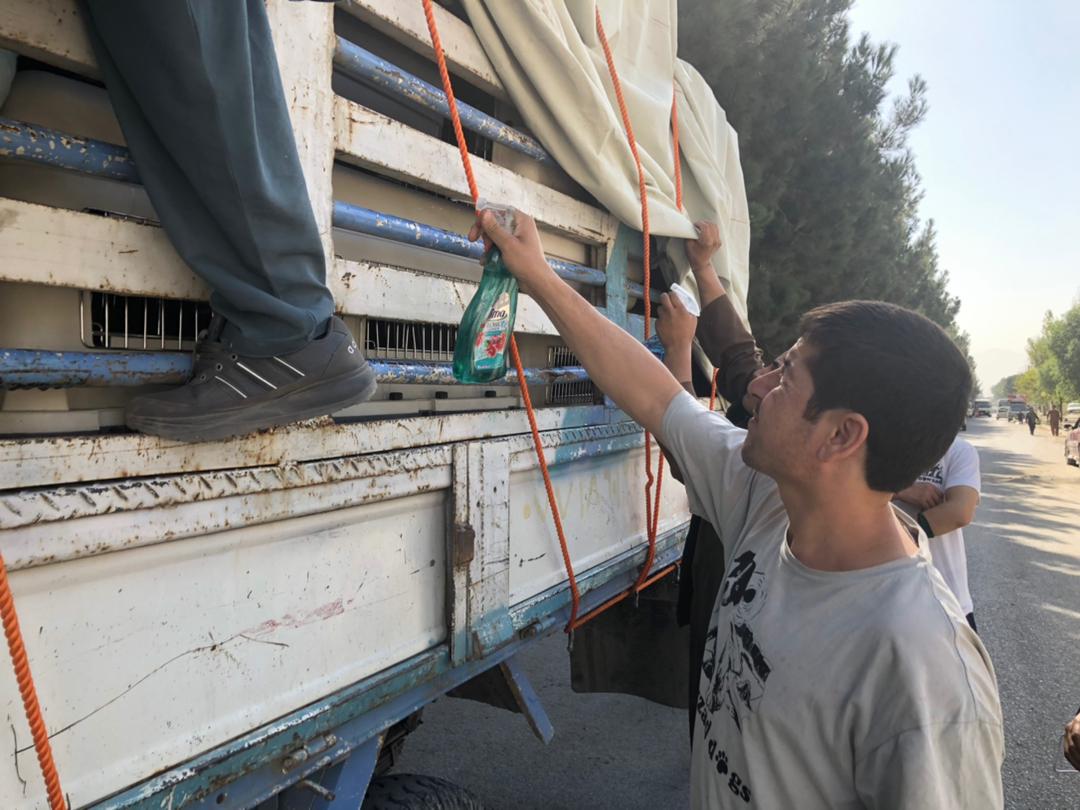 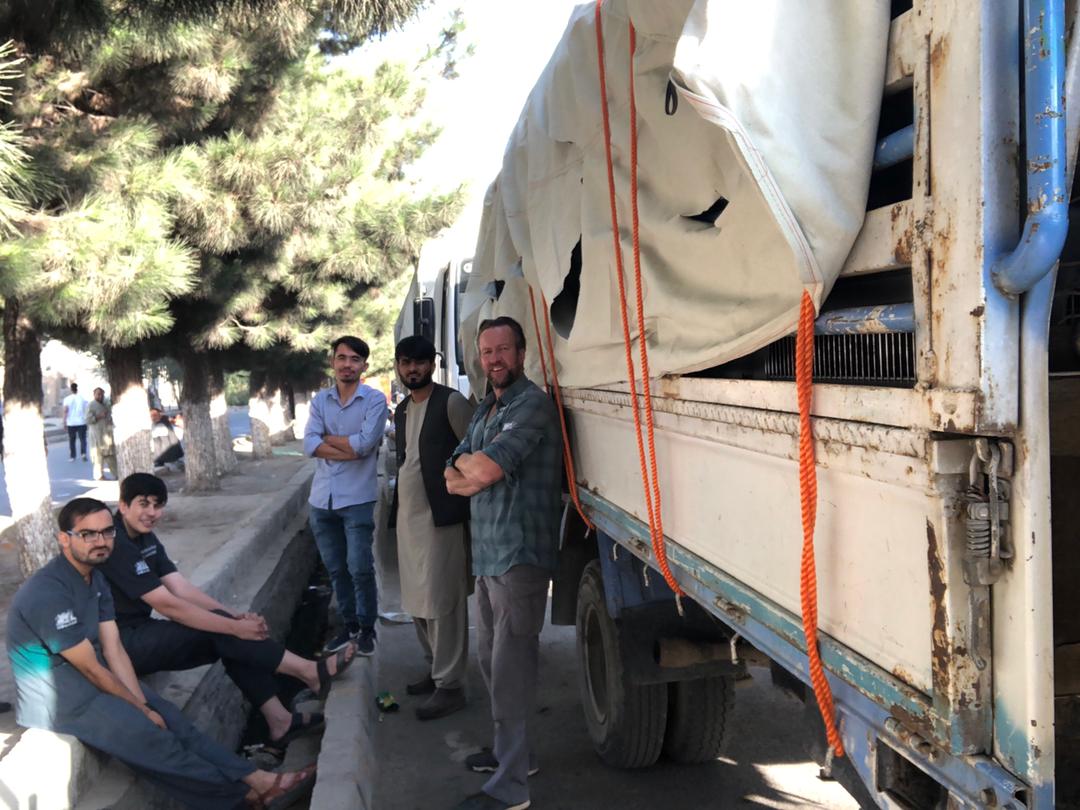 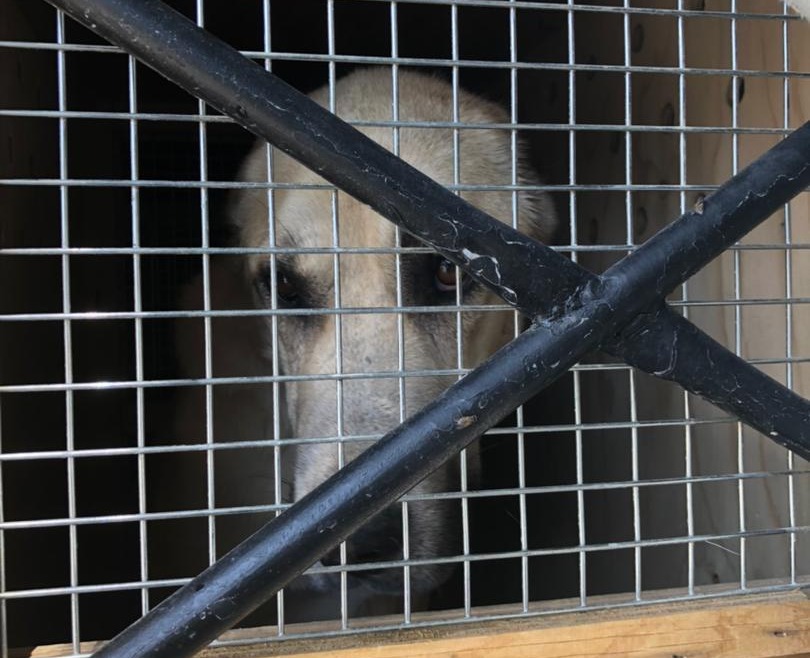 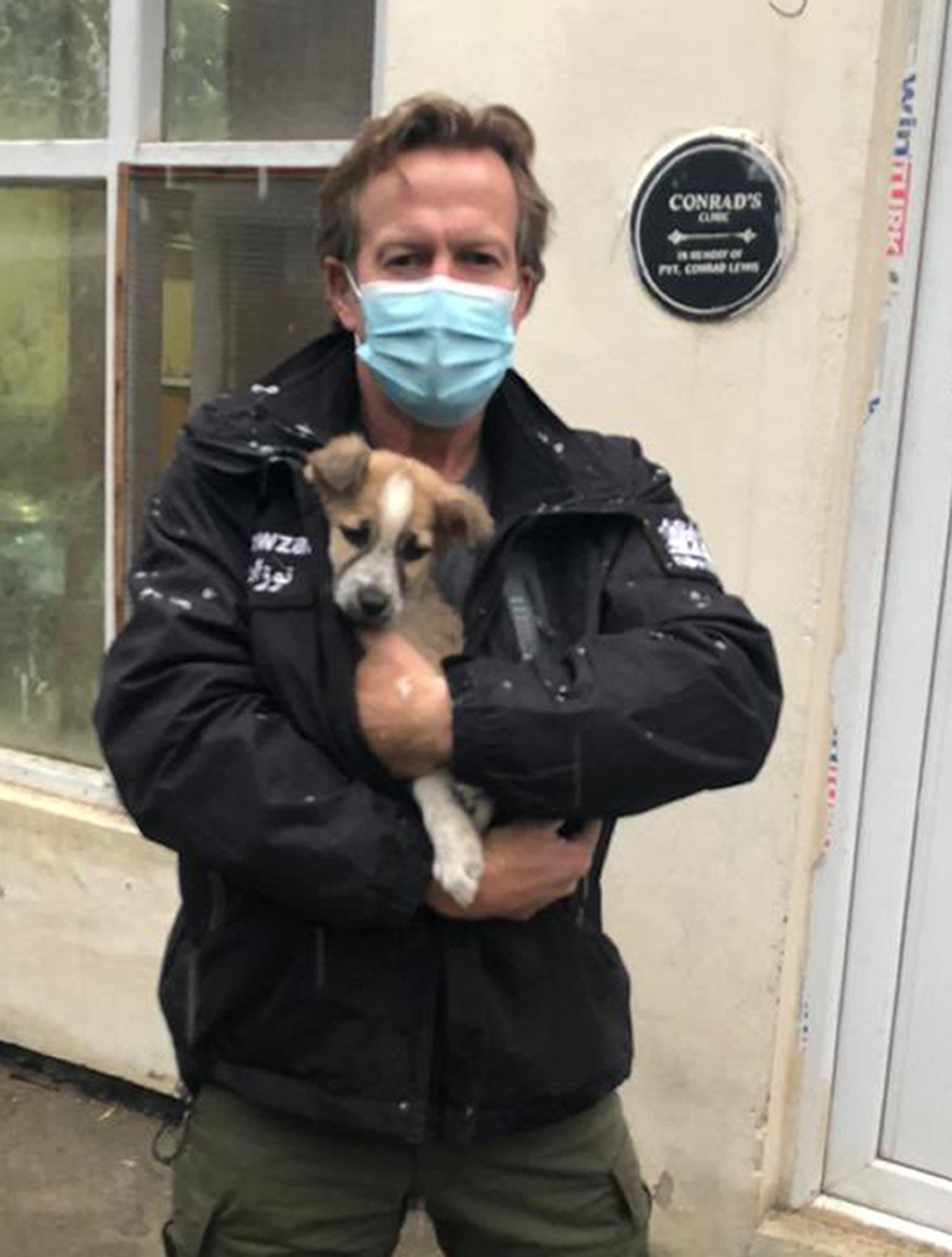