A version of this post was originally published on TKer.co.

Picking stocks in an attempt to beat market averages is an incredibly challenging and sometimes money-losing effort. In fact, most professional stock pickers aren’t able to do this on a consistent basis.¹

One of the reasons for this is that most stocks don’t deliver above-average returns. 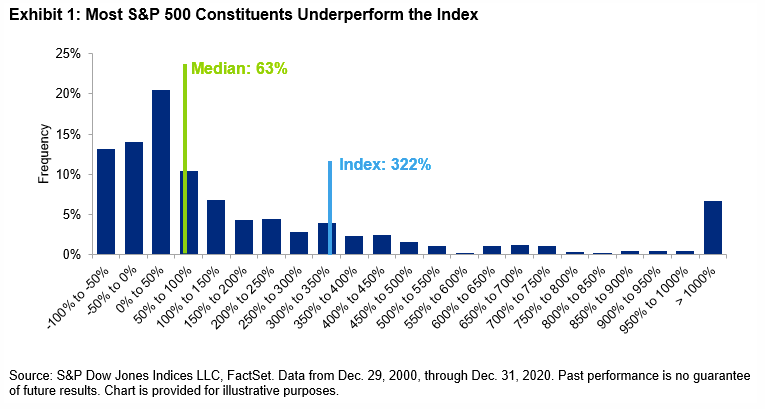 It’s worth noting that if you had a portfolio of stocks consisting of mostly underperformers and a few outperformers, this wouldn’t necessarily mean you’d be underperforming the index.

“This is because stock market returns tend to be positively skewed,” Lazzara noted. “Rather than being symmetrically distributed around an average, return distributions typically have a very long right tail; a relatively small number of excellent performers has a disproportionate influence on the market’s overall return.”² (emphasis added)

In other words, if your outperformers are way out on the right tail, then they might more than offset all of the underperformance of the other stocks.

Unfortunately, no one has a great track record at identifying the stocks that’ll become “excellent performers.”

And 2021 hasn’t strayed too far from this trend.

In commentary circulated on Friday, Lazzara observed that only 42% of S&P 500 stocks outperformed the index through November. The median stock was up 19%, whereas the index was up 23%. 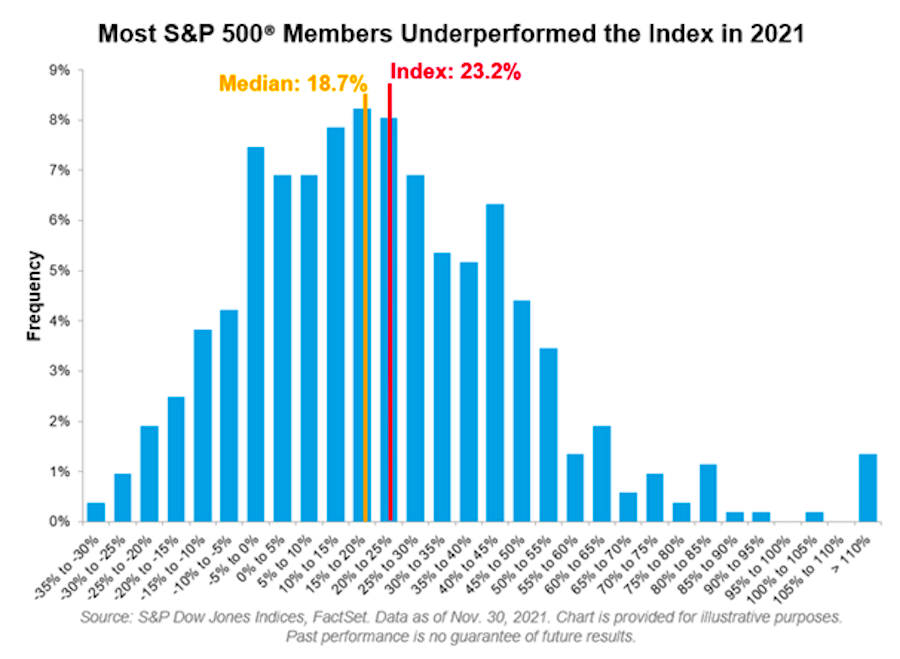 To be clear: There’s nothing wrong with investing in specific businesses you believe in or stocks you think offer some extraordinary value.³

However, if your intention is to beat the market, you should manage your expectations.

🦅 Fed gets hawkish: On Wednesday, the Federal Reserve announced that it would double the pace at which it would taper its quantitative easing program. Furthermore, it signaled that it could hike interest rates three times next year. Yes, this means less stimulus from the central bank. But keep in mind this is happening because because the economy is in good shape.

🇪🇺 🇬🇧 Meanwhile across the pond: On Thursday, the European Central Bank said it was dialing back stimulus but not quite as aggressively as the Fed. The Bank of England, however, raised interest rates on Thursday in a move to contain inflationary pressures.

🏘 Home construction starts jump:Housing starts jumped 11.8% month-over-month in November to an annualized rate of 1.68 million units, the Census reported. This should help bring some relief to the housing shortage. In a separate report, the National Association of Homebuilders found homebuilder sentiment improved in December.

🛍 Retail sales climb, sorta: Retail sales in the U.S. climbed by 0.3% month-over-month in November. However, this largely seems to be driven by inflation. “Adjusted for the 0.8% increase in the CPI index, real retail sales actually fell 0.5% on the month,” Greg Daco, chief U.S. economist at Oxford Economics, wrote on Wednesday. This metric will be something to watch, but keep in mind that retail sales levels are still waaaaay above pre-pandemic levels.

🎈Wholesale prices are still rising: On Tuesday, we learned the producer price index rose by 0.8% month-over-month in November. This reflects a 9.6% increase from a year ago, the biggest annual jump since November 2010. Producer prices reflect what businesses pay for the materials that go into the goods they eventually sell to their customers. And while businesses will make an effort to absorb some of those higher costs, they'll pass some of the costs on through consumer price hikes.

⛓ A good sign in the supply chain: IHS Markit published the preliminary results of its purchasing managers index survey, a proxy for business activity. From the firm’s chief economist Chris Williamson: “Manufacturing output growth even picked up slightly amid a marked easing in the number of supply chain delays, which also helped to take pressure off raw material prices.“

🤑 Reddit is going public: The popular news aggregator and constellation of forums revealed on Wednesday its intention to offer shares in the public stock markets. However, it did not reveal how many shares would be offered or at what price they would be offered. In August, the company said it was worth $10 billion.

The year is slowly coming to an end. The U.S. financial markets will be closed on Friday, December 24 for the Christmas holiday. There are a handful of economic reports due this week. A notable one will be the November personal income and spending report released on Thursday morning. It comes with the Fed’s preferred measure of inflation: the core personal consumption expenditures price index.

Spending will be watched closely in the wake of the weak retail sales report (see above). The inflation metric should confirm that prices are rising at their fastest pace in years, but keep in mind that this is something that the Fed acknowledged with its hawkish tone last Wednesday.

¹ This is not news for many investors. It’s why passively managed index funds have been ballooning.

A version of this post was originally published on TKer.co. 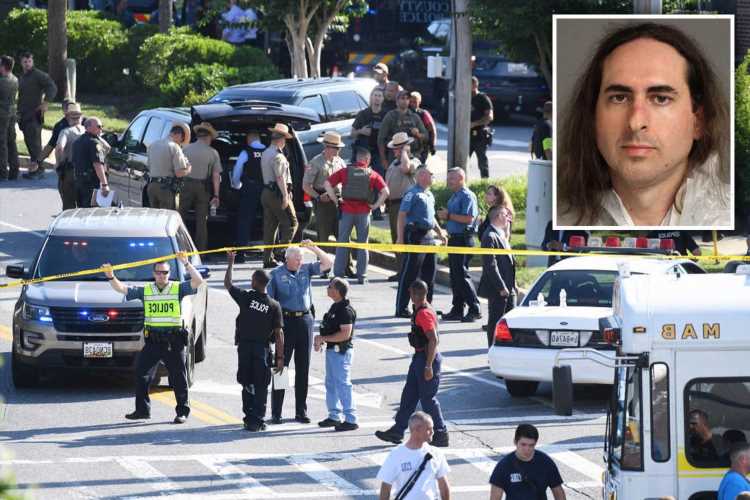