But Rishi Sunak told an audience of Conservative party members, who will decide the next prime minister, that he would not renege on the deal because that would involve going back on an international treaty. 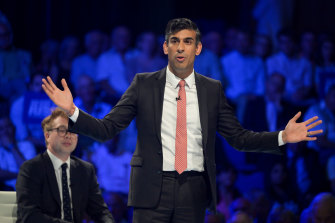 Sunak, who campaigned to leave the European Union, said that as a rural MP in North Yorkshire, his constituency had more sheep than people and that the government needed to back British farmers.

“And making sure the trade deals we sign, are not quote-unquote, one-sided, as the NFU [National Farmers Union] described one of our trade deals, but actually work for British farmers,” he said.

“We need to get the rural community to first off realise they can trust a Conservative government,” he said. 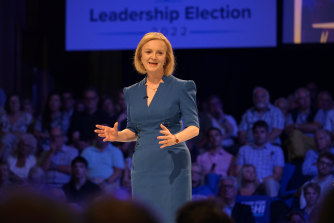 Truss, who backed remaining in the EU, was the Trade Secretary who negotiated the deal and has hailed it as proof of her pro-Brexit credentials. It was the first “new” trade agreement that the UK signed after leaving the EU.

After 15 years, the agreement gives Australian beef and lamb producers unfettered access to British markets, something the NFU said made it a one-sided deal that left farmers wondering had been secured for the British.

Sunak said he would not try to overturn it but learn from the experience.

“We can’t rip up treaties that we’ve already signed in this country,” he said.

He said the lesson of the Australia agreement was that Britain should not be rushing in to sign deals.

“We should take the time to get them right, and we should make sure that they work for British farmers,” he said.

“I want to make sure that we run a government that is respectful of the rural community, that’s supporting them, that is prioritising food security, that is backing our farmers.

“That’s here at home, and it’s with trade deals and that’s the change that I will bring.”

Speculation suggests that Truss is the frontrunner in the often acrimonious race to replace Johnson. She told the audience that she wanted to see an internet that allowed adults to exercise free speech but that also protected teenagers from accessing harmful content.

She said she was worried about some of the content her daughters saw online.

“I’m also worried about young teenagers being on social networking sites and we know it has had a bad effect, particularly on girl’s mental health,” she said.

The government’s proposed Online Safety Bill seeks to introduce age assurance requirements but critics say the measure is pointless because it would be circumnavigated by internet-savvy children and stifle tech innovation. It could also lead to some content being blocked from UK web users altogether.