Omicron is spreading 'every place at once,' experts say. What it could mean for holiday plans.

CAMBRIDGE, Mass. — The omicron variant of COVID-19 is moving faster than surveillance systems can track it and has so unnerved some medical experts they're starting to put the brakes on preparations for their holiday gatherings.

"Personally, I'm reevaluating plans for the holidays," Bronwyn MacInnis, director of pathogen genomic surveillance at the Broad Institute of MIT and Harvard University, said on a call with reporters Tuesday. "It's the responsible thing to do and what feels right given the risk."

She and a handful of other Massachusetts-based researchers on the call said they've been stunned by the pace by which omicron has been crowding out other variants and taking over the pandemic.

The Centers for Disease Control and Prevention reports that about 3% of current COVID-19 cases in the U.S. are omicron. But MacInnis said she thinks that number was probably an underestimate on Dec. 11 – just three days ago – when the CDC first said it, and now it’s likely to be much higher.

HOW DOES COVID-19 AFFECT ME? Don’t miss an update with the Coronavirus Watch newsletter

"At the rate that it seems to be spreading, there isn't a surveillance system on the planet truly that could keep up with it," MacInnis said.

In some parts of the country there are hints omicron already accounts for about 15% of cases, said Jeremy Luban, a virus expert at the University of Massachusetts Medical School.

Omicron has been moving “faster even than the most pessimistic among us thought that it was going to move," said Dr. Jacob Lemieux, an infectious disease expert at Massachusetts General Hospital. “There’s a high likelihood that it will come to your holiday gathering.” 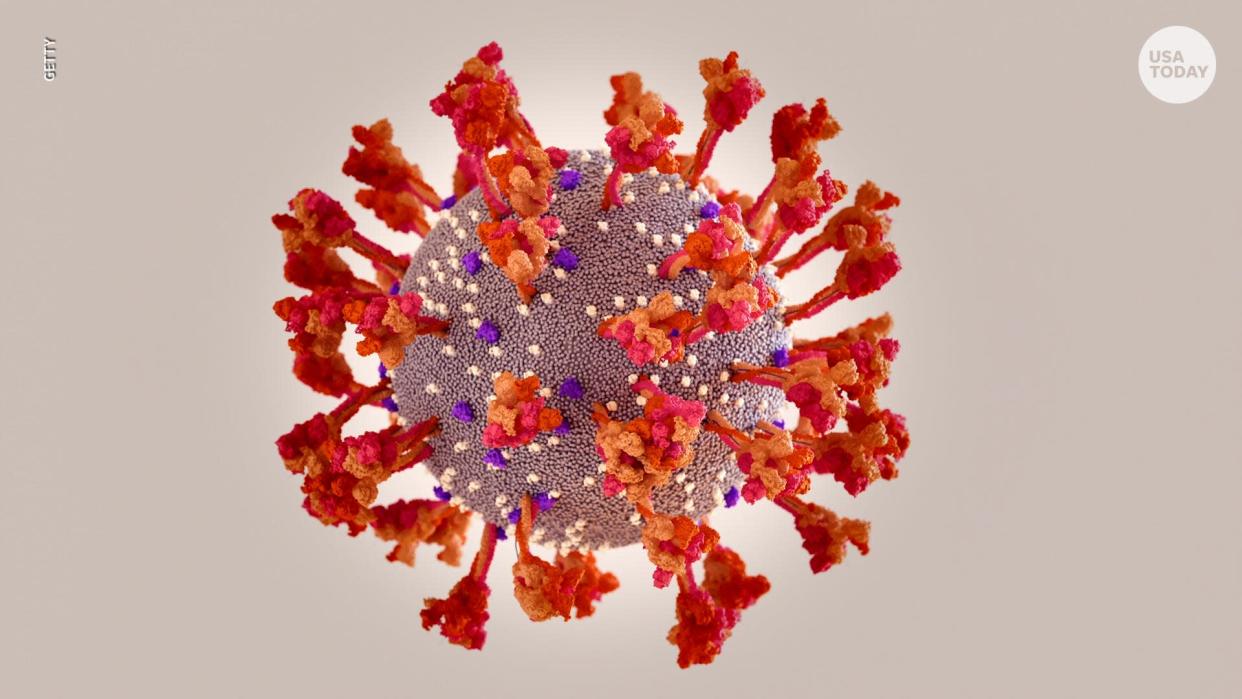 While previous variants popped up in one country and then another, "you could watch it unfold from place to place to place," Lemieux said, omicron "seems to be happening every place at once."

Lemieux said he is particularly worried because the SARS-CoV-2 virus that causes COVID-19 has already killed more than 5.3 million people around the world, including 800,000 in the United States.

Although the variant was only identified the day before Thanksgiving, as more data emerges, it is confirming omicron's ability to spread incredibly fast – probably twice as fast as delta, which has dominated the global pandemic since this summer.

THE OMICRON VARIANT IS FUELING MISINFORMATION ABOUT COVID: Experts explain why and how to spot false claims.

Even if omicron is less dangerous, it will still cause a huge number of infections and, therefore, a large number of hospitalizations and deaths, Lemieux said.

Plus, the U.S. was already seeing a growing number of infections, largely with the delta variant. There were an average of 118,000 new infections a day over the last week – a 37% increase over the previous week.

"Our hospitals are already filling up. Staff are fatigued," Lemieux said. "We're almost two years into the pandemic, and there may be limits on capacity to handle the kinds of the caseloads that we see from an omicron wave superimposed on top of the delta surge."

Cases of omicron have been skyrocketing in South Africa since the variant was first identified last month. Omicron already accounts for as many cases as when delta reached its peak there, about two months after arriving. 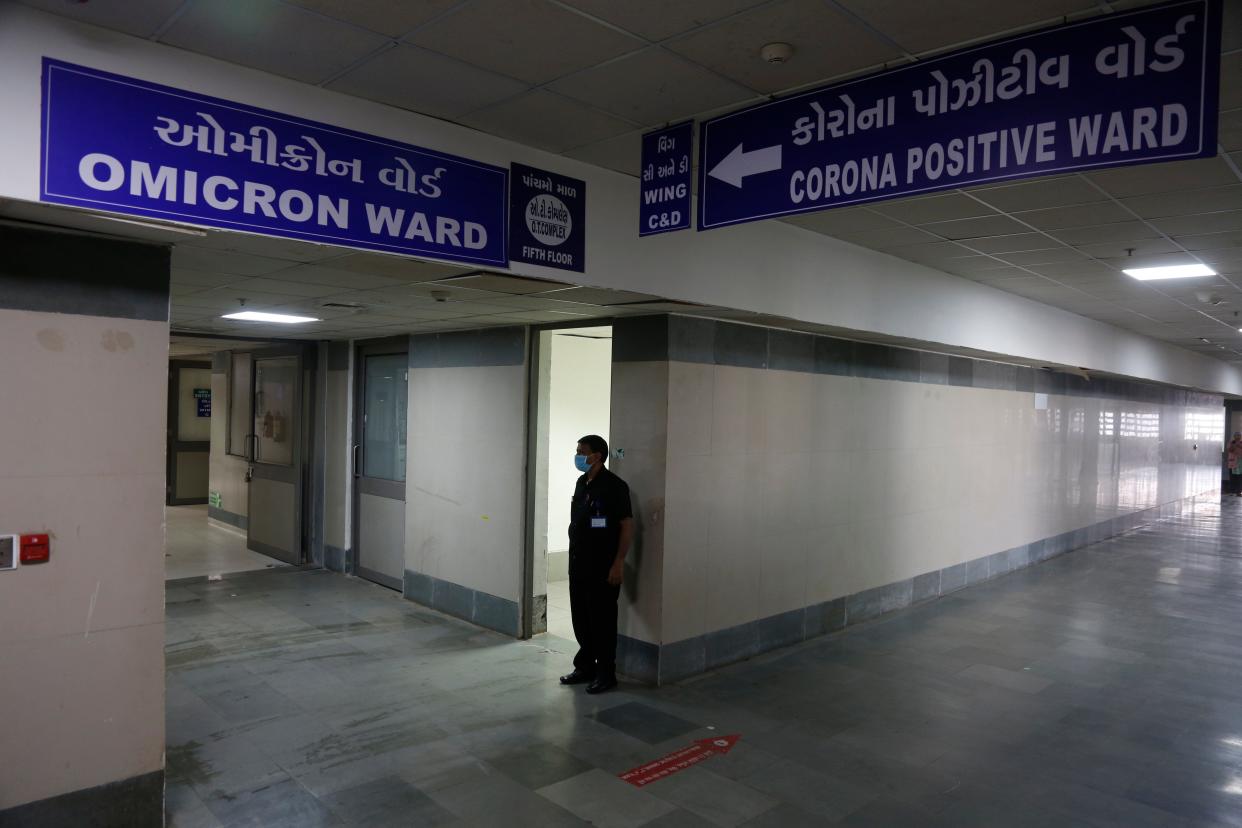 Early data from South Africa's largest private health insurer, Discovery Health, suggests vaccines and prior infections are less protective against omicron than they have been with prior variants, though they may still prevent severe disease.

Hospitalization rates are still lower with omicron than with earlier waves and patients are less likely to require ventilation, though it’s not clear whether that’s because of the newness of the variant, because it is less dangerous, or because prior infections and vaccinations provide protection. MacInnis and the others said. About 16% of South Africans hospitalized with COVID-19 have been vaccinated.

For these reasons, the scientists on the Tuesday call said they were reconsidering gathering for Christmas.

"It's time to step back and reevaluate," said Dr. Amy Barczak, a professor of medicine at Harvard Medical School.

"My family has changed our plans so that we are no longer going to be getting together with particularly vulnerable members of the family over the holidays the way we had been planning to do," she said.

Asked if doing rapid home tests before gatherings could mitigate some of the risk, MacInnis said it was "tricky" because it's not yet known how sensitive the tests are for the omicron variant.

'JUST A MATTER OF TIME': How scientists in San Francisco found the first case of the omicron COVID-19 variant in the US

Lemieux said if a group is definitely getting together, at-home rapid tests could be useful as a risk-mitigation strategy, but he urged caution.

"I think it's time to reevaluate whether a gathering is necessary and big gatherings are necessary," he said.

If people do go ahead with a gathering, they should "do everything you can to conduct it as safely as possible," Lemieux said, which means staying outdoors as much as possible, ventilating indoor spaces by opening windows and masking when indoors.

Flying, Luban and others said, remains relatively safe, because of masking, vaccination requirements and good air filtration. Travel restrictions don't work, the experts on the call said, because the virus has already spread across the entire globe.

They also all supported the idea of booster shots, which seemingly can restore protection that may have faded with time. The fact that fewer people are dying in South Africa from omicron than previous variants suggests that vaccines, though they aren't preventing all infections, may be stopping the most severe cases.

The rise of omicron, MacInnis said, "does not mean our vaccines are failing us."

This article originally appeared on USA TODAY: Omicron variant worries some experts: 'Happening every place at once'