Los Angeles: A nun who ran a Catholic elementary school in Torrance, California, has agreed to plead guilty to stealing more than $US835,000 ($1 million) in school funds to pay for her personal expenses, including a gambling habit.

Mary Margaret Kreuper, 79, was charged on Tuesday (Wednesday AEST) with one count of wire fraud and one count of money laundering, according to the US attorney’s office for the Central District of California. A plea agreement was filed with the charging document. 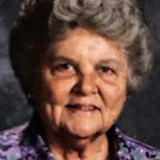 A statement from Kreuper’s lawyer, Mark Byrne, said that she was “very remorseful for what happened,” describing how she became a nun at 18 and has dedicated her life to helping others.

“Unfortunately, later in her life she has been suffering from a mental illness that clouded her judgment and caused her to do something that she otherwise would not have done,” the statement said.

A person who answered the phone at St James Catholic School, where Kreuper was principal for nearly three decades until she retired in 2018, said the school had no comment. The Archdiocese of Los Angeles said it had contacted authorities in 2018 when financial reviews showed that a substantial amount of school funds had been misappropriated for personal use by Kreuper.

“The community of faith at St James was shocked and saddened by these actions and the parish, school and the archdiocese reported the matter and fully cooperated with authorities in the criminal investigation,” the archdiocese said in its statement. 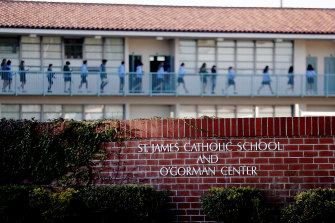 In November 2018, the pastor of St James Catholic Church in Redondo Beach alerted parents in letters that both Kreuper, then recently retired, and Sister Lana Chang, a former teacher, had allegedly misappropriated school funds for their personal use. Chang, who retired at the same time as Kreuper, was an eighth-grade teacher for about 20 years and had served as vice principal for the past several years.

In the weeks that followed, parents told The Times that both nuns, who drove to campus in Volvos, had spoken openly about trips they’d taken to Las Vegas and Lake Tahoe. Many parents expressed outrage as details of the financial scheme were disclosed during a two-hour meeting at the church and asked if the nuns would apologise to families.

According to a statement filed in support of the plea agreement, Kreuper had taken a vow of poverty as a nun and her living expenses were paid by her order of nuns. All money that she earned at the school was supposed to go towards the order.

As principal, the statement said, Kreuper oversaw the school’s financial affairs and managed its bank accounts. She was a signatory on two accounts opened at a credit union in the 1980s and ’90s — a savings account for the school and an account that was created to pay for the living expenses of nuns employed by the school.

Kreuper has admitted to embezzling money from the school from as early as 2008 through September 2018 by taking cash and cheques made by parents to the school and depositing that money into the accounts without the knowledge of school officials.

She used the money to pay for expenses, such as gambling costs and credit card charges, that “the order would not have approved, much less paid for,” the filing said.

To conceal the scheme, Kreuper said she falsified monthly and annual school financial reports, failing to include references to both accounts and the full funds that were deposited into and withdrawn from them.

Kreuper, the filing said, “lulled St James School and the administration into believing the school’s finances were being properly accounted for and its financial assets properly safeguarded.”

The charges against Kreuper carry a maximum sentence of 40 years in federal prison, according to prosecutors. The agreement said Kreuper recognised she’d be required to pay restitution totalling about $US835,000, although that amount may change.

She will be arraigned July 1.