'Not even a scratch': Deaf dog who fell 100 feet down a California ravine rescued safely

A deaf dog named Hobo who fell 100 feet down a ravine in a hilly California neighborhood was lifted to safety by rescuers from the local humane society.

The 8-year-old Australian shepherd was at the edge of his owners’ property in a San Diego neighborhood Monday when he slipped and fell down the steep slope and landed in thick brush, according to the San Diego Humane Society. A rescue team from the humane society worked to retrieve the dog after his owners called for help.

Hobo had bolted after something he saw down in the ravine, according to Lt. Clint Ganus, the incident commander with the humane society’s rescue team.

“He turned around to come back up the hill and lost his back leg footing,” Julia Plant, Hobo’s owner, told local station KGTV. “The next thing I know he went over backwards.” 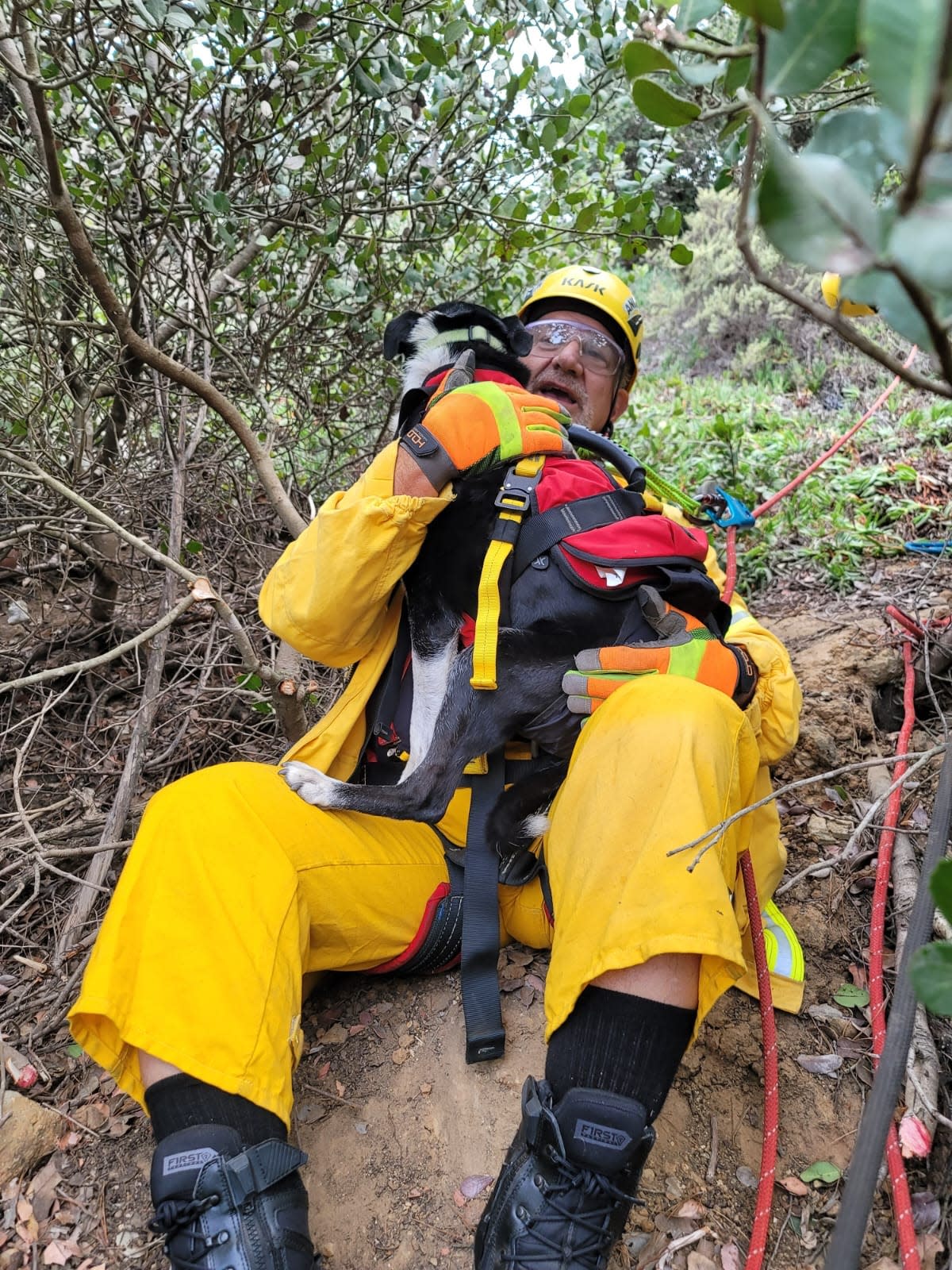 Ganus’ team set up safety lines to rappel to the dog.

“It then took five members to cut the dog out of the brush with a saw, in order to free him from the brush, before they could get him back up,” the San Diego Humane Society said in a statement.

How to keep dogs cool: Tips to keep your pup cool in hot weather

A Dolly Parton wig for dogs? Doggy Parton could turn your pet into the Queen of Country

The fact that Hobo is deaf actually aided his rescue, Ganus said.

“The dog just lay there because it couldn’t hear,” Ganus told USA TODAY. “It kind of worked to our benefit when we were having to cut trees.”

Rescuers had worried Hobo could get startled and scurry off a 50-foot dropoff just below where he had landed.

“I feel like he knew what we were doing,” Ganus said. “As soon as our rescuers got our hands on him he started wagging his tail, licking him and stuff like that. He knew we were there to help him not hurt him.”

Plant told KGTV she and her husband took Hobo in when he wandered onto their property in the Sierra Nevada foothills six years ago. Plant told the TV station she would keep Hobo on a shorter leash moving forward.

“The irony of this all is that we’re in the process of putting up a fence,” Plant told KGTV.

Cellphone video captured the moment a rescue worker emerged from the ravine to deliver Hobo to Plant.

“You did it,” Plant told Hobo and the rescuer “You both did it.”

“The dog had not even a scratch,” Ganus told USA TODAY. “The dog was walking around like nothing ever happened.” 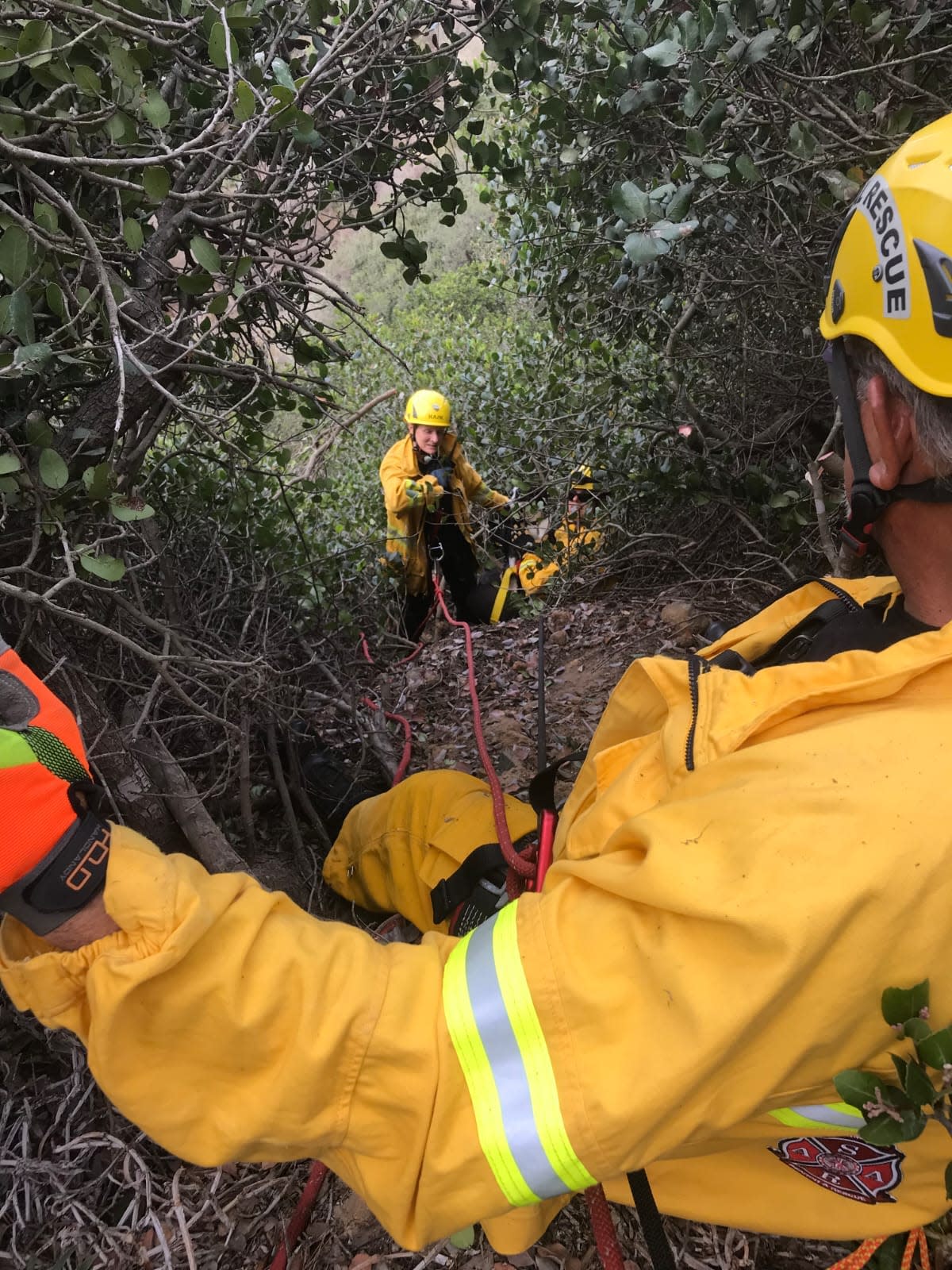 This article originally appeared on USA TODAY: Deaf dog falls 100 feet into ravine before being saved by rescuers