No action against Victoria Police legal boss over Gobbo scandal

The state’s legal regulator has found there was insufficient evidence to make adverse findings against Victoria Police’s legal chief over his involvement in the use of criminal barrister Nicola Gobbo as a police source in the so-called Lawyer X scandal.

Findlay McRae, who has been in charge of force’s legal department for almost 15 years, was cleared of accusations he “persistently” failed his professional duties to the administration of justice and did not disclose the extent of Ms Gobbo’s history with Victoria Police. The allegations were made during the Royal Commission into the Management of Police Informants. 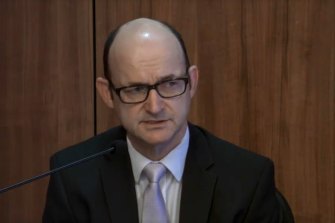 In a letter sent to lawyers acting for Mr McRae dated March 2, Victorian Legal Services Commissioner Fiona McLeay said that the board’s investigations did not find sufficient evidence to substantiate the allegations.

“The result of our investigation is that we have not been able to identify any evidence which
contradicts your submissions about your knowledge of Ms Gobbo’s role in providing information
to Victoria Police, what matters fell within the remit of your role at Victoria Police and what information you provided to third parties such as the OPI [Office of Public Integrity] and the OPP/DPP [Office of Public Prosecutions/Director of Public Prosecutions],” she said.

“In these circumstances, we do not consider there is sufficient evidence to find that you engaged
in the conduct which is the subject of investigation, or that if you did engage in any such conduct, it constitutes unsatisfactory professional conduct or professional misconduct.

“You have submitted that your involvement between 2009 and 2016 in Ms Gobbo’s matter was intermittent, given your role as director and subsequently executive director of Legal Services. In light of the materials before us, we accept this submission is an accurate reflection of your role as the head of a department with approximately 200 staff members.”

The Lawyer X scandal – which involved prominent barrister Nicola Gobbo becoming a police informant and providing information to investigators about her own clients – has thrown dozens of convictions into doubt and tarnished the reputation of police and Victoria’s legal system.

“It is clear that there was a grave failure, or rather a series of failings, at Victoria Police which
resulted in severe damage to the reputation of the legal profession and to the perception of the administration of justice. However, we do not consider there is evidence which suggests your conduct was a contributing factor,” Ms McLeay said.

“I’ve never once doubted his professionalism or conduct, and it’s no surprise the Victorian Legal Services Commissioner has decided not to take any action against him,” he said. 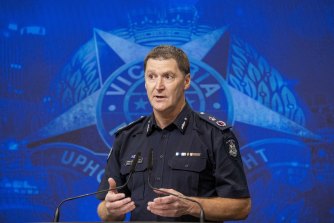 Mr McRae, who was awarded the President’s Honorary Award – the state’s top legal honour – by the Law Institute of Victoria in 2015, has been instrumental in guiding Victoria Police’s response to the Gobbo crisis for more than a decade.

This has included settling Ms Gobbo’s $2.88 million compensation lawsuit against Victoria Police, overseeing internal reviews into her work as an informer and its disclosure to other parties, and advising on the four-year court battle to keep the former barrister’s identity under wraps.

As executive director of legal services, Mr McRae oversees one of the largest, most influential and well-funded divisions in Victoria Police, including running a staff of 600 and spending nearly $60 million on legal expenses last year.

The accusations of potential misconduct were forcefully and consistently contested by Mr McRae and Victoria Police, including during emotional testimony at the royal commission.

Mr McRae has long maintained he acted properly in his decisions about what information to disclose about Ms Gobbo throughout the decade-long scandal, saying there was a primary focus on Ms Gobbo’s safety and representing the interests of the Chief Commissioner of Victoria Police.

But Ms McMurdo found that those interests “did not absolve him from his legal professional obligations to the administration of justice and the court”.

“This required him to inform the DPP of the extent of Ms Gobbo’s relationship with Victoria Police to enable the DPP to meet ongoing disclosure obligations in past, current and pending cases. He seems to have persistently failed in his duty to do so,” Ms McMurdo found.

Mr McRae had failed to disclose vital information to prosecutors about Victoria Police’s true history with Ms Gobbo once he started becoming aware of her past after 2010 and the potential miscarriages of justice that might have occurred, the royal commission said.

By November 2011, the royal commission said Mr McRae – and senior police that included former chief commissioner Graham Ashton – knew or should have known the cases against drug kingpin Tony Mokbel and those connected with what’s known as the tomato tins ecstasy haul may have been adversely affected.