This is the bizarre moment a fast-food-loving camel waited in line at an In-N-Out drive-thru in Las Vegas for a serving of fries.

Fergie, a 12-year-old dromedary camel, was craving a snack and her handler Brandon Nobles was only too happy to oblige.

The unlikely scene was caught on camera as the pair patiently waited their turn to put in their order, drawing attention from other diners.

Fergie certainly didn’t seem to mind being the star of the show for a few minutes – as  drive-thru staff squealed in delight as she approached the window. 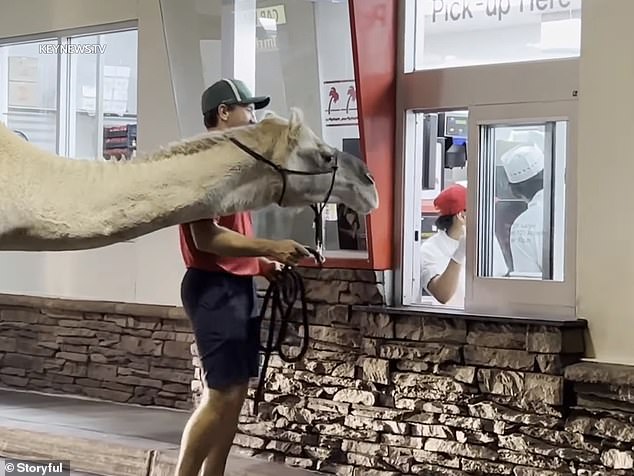 Fergie, a dromedary camel, was apparently craving some fries and Brandon Nobles, her handler  was happy to spoil her. Pictured here they are standing in front of the window at  In-N-Out ready to place their order 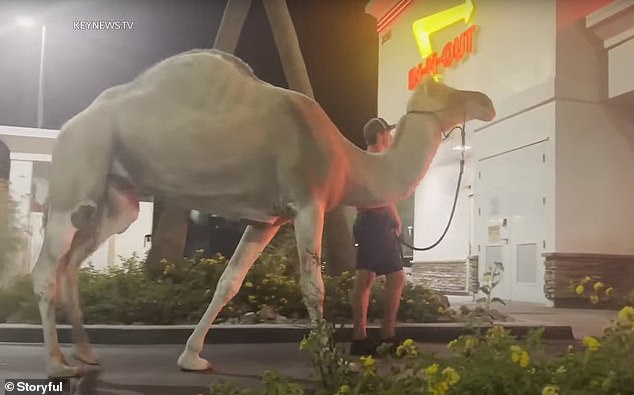 Fergie stands patiently in line at the drive thru at the In-N-Out restaurant in Las Vegas ready to order a box of extra large French fries. The bizarre yet hilarious scene took place on October 4 at the popular fast food chain 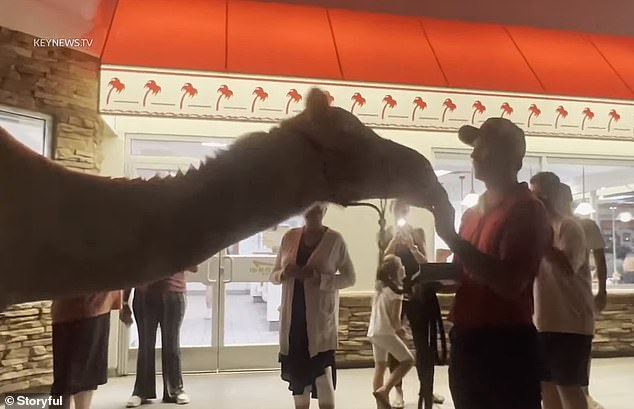 ‘She loves the French fries!’ he said as he is seen in the video placing one French fry at a time in Fergie’s mouth as onlookers gushed

‘She loves the French fries!’ Nobles is heard saying as he feeds Fergie fries.

Fries are not the only treats Fergie craves. She also enjoys burritos, bagels, and a good burger – and even has her own Instagram account charting her trips to various take-out joints including Chipotle, Einstein Bros. Bagels and Wendy’s.

Some of the workers took out their cell phones as Fergie, who didn’t appear hangry in the least, is seen leaning into the window smiling.

While some admired the lovely Fergie from afar, others wanted to know why she was not on a farm or in a zoo.

The camel, which can live to be 65, was relocated from Colorado to Nobles’s farm in Nevada earlier this year. 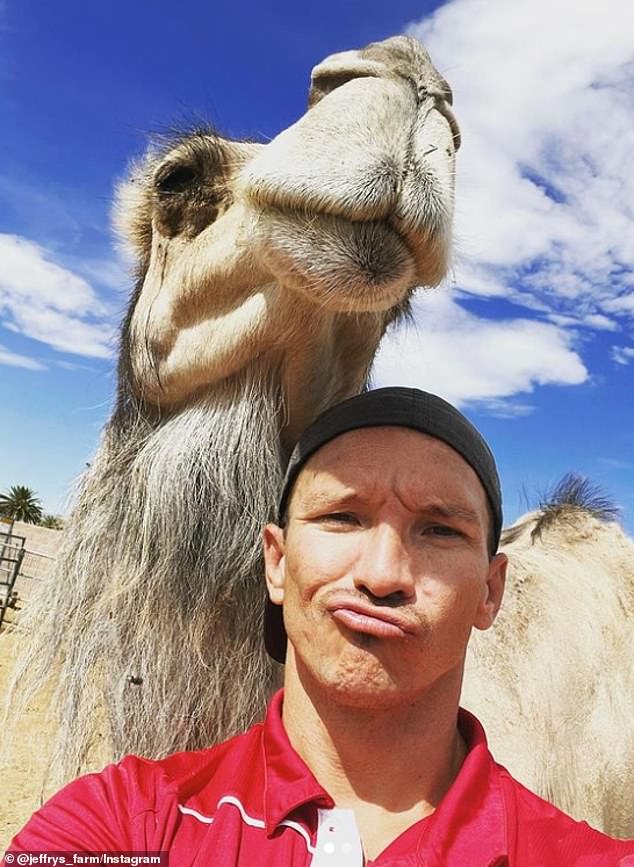 Brandon Nobles, is Fergie’s handler. Nobles said Fergie has been living in Colorado before she was relocated to his farm in Nevada 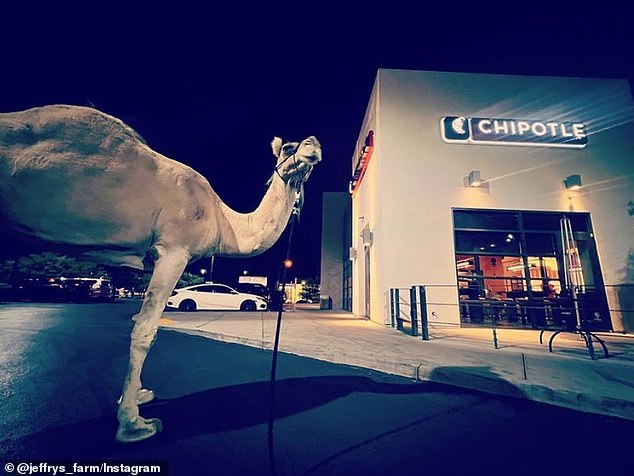 Fergie posing outside of the popular Mexican restaurant chain, Chipotle 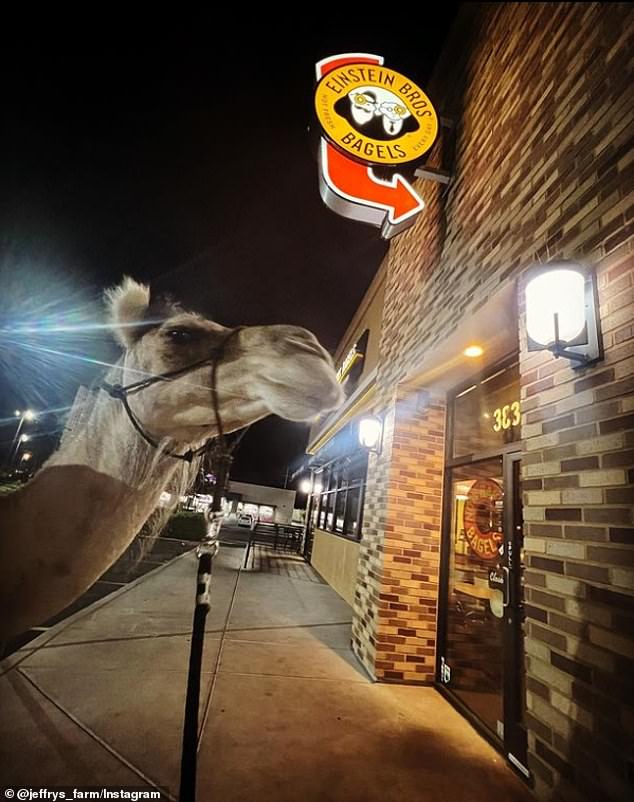 Fergie looking absolutely excited to get a bagel with cream cheese at the Einstein Bros. Bagels. Her dining adventures are shared on Instagram @jeffrys_farm, or on the hashtag FergieTheCamel.