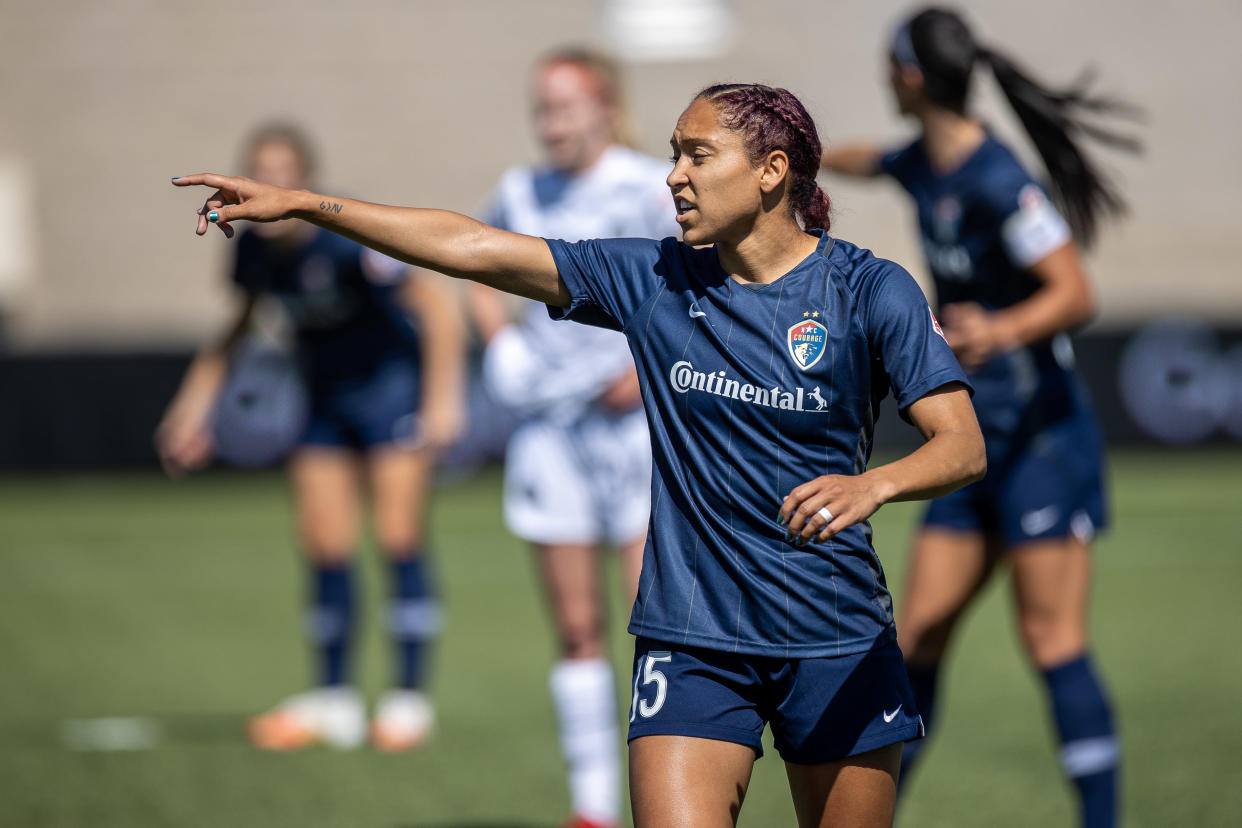 North Carolina Courage defender Jaelene Daniels, who declined to play for the U.S. national team in a Pride Month jersey, is now refusing to play for her club on Pride Night.

The Courage play the Washington Spirit on Friday night in the National Women’s Soccer League, and will host an inaugural pre-match Pride Festival, a celebration of the LGBTQ+ community. They’ll also wear rainbow-themed jerseys.

“Jaelene will not be rostered tonight as she has made the decision to not wear our Pride jersey,” a Courage spokeswoman said in a statement hours before the 7:30 p.m. kickoff.

“While we’re disappointed with her choice, we respect her right to make that decision for herself,” the statement continued. “We’re excited to celebrate the LGBTQIA+ community with our fans, players and staff tonight and look forward to hosting our first ever Pride Festival before kickoff.”

Daniels (née Hinkle) has not yet explained her decision.

In 2018, a year after turning down the USWNT call-up, she said that, as a devout Christian, she “felt so convicted in my spirit that it wasn’t my job to wear” the Pride jersey. To LGBTQ+ fans and fellow players, her message and beliefs were clear.

Daniels retired in 2020 at age 27, but came out of retirement last December. The Courage received blowback when they re-signed her, and apologized to their fans.

“We as a club acknowledge the impact this announcement has on our community,” the club said in a statement responding to the outcry. “We’ve spent the past few days reading your messages and reflecting on our actions. We are very sorry to all those we have hurt, especially those within the LGBTQIA+ community.”

Daniels indirectly addressed the criticism in a statement of her own. “I believe everyone regardless of gender, ethnicity, beliefs or abilities is worth of dignity, value and love,” she wrote, in part. “My beliefs may call me to live differently, but my love runs deep for all.”

“Over the course of this season, I look forward to meeting, speaking and growing with more of you — the fans — as this club continues to be one of the best in the world on and off the field,” she concluded.

She has played in all nine of the Courage’s 2022 games — six times as a starter, and three off the bench. But the team (2-5-2) has struggled, and the atmosphere around the club has seemingly frayed.

“I am a part of the community that has struggled with some of the choices that this club has made,” she continued. After encouraging fans to “come back” and support the club, she acknowledged that the community itself hadn’t felt supported by the club.

“I don’t think that has been any secret,” Mathias continued. “We didn’t have a Pride Night for three years, we didn’t wear a jersey. Everyone knows all these things, and I think bringing back Jaelene [Daniels] was a decision made by the club and as a player who is part of the community, you have to work through those struggles, but that is what a team is about. You have to be able to embrace people of all different religions, of all different views, of all different backgrounds.”