NASA spacecraft ‘touches’ the sun for the first time: Parker Solar Probe braves temperatures of 2370F and radiation 500 times stronger than on Earth as it dips into the star’s solar atmosphere

A NASA spacecraft has officially ‘touched’ the sun, after it plunged through the unexplored solar atmosphere known as the corona, passing just eight million miles from the core of the star.

NASA’s Parker Solar Probe battled temperatures of 2370F and radiation 500 times stronger than on Earth as it made its eighth approach to the celestial body, finally passing through its upper atmosphere.

The flight occurred in April but scientists have only just been able to confirm the probe traveled through the corona, after waiting months for the data to arrive back from the spacecraft.

‘Parker Solar Probe ‘touching the Sun’ is a monumental moment for solar science and a truly remarkable feat,’ said Thomas Zurbuchen, the associate administrator for NASA’s Science Mission Directorate, in a statement at a meeting of the American Geophysical Union.

‘Not only does this milestone provide us with deeper insights into our Sun’s evolution and (its) impacts on our solar system, but everything we learn about our own star also teaches us more about stars in the rest of the universe.’

New research gathered from the solar milestone, which cost NASA $1.5billion, has now been included in the Physical Review Letters. 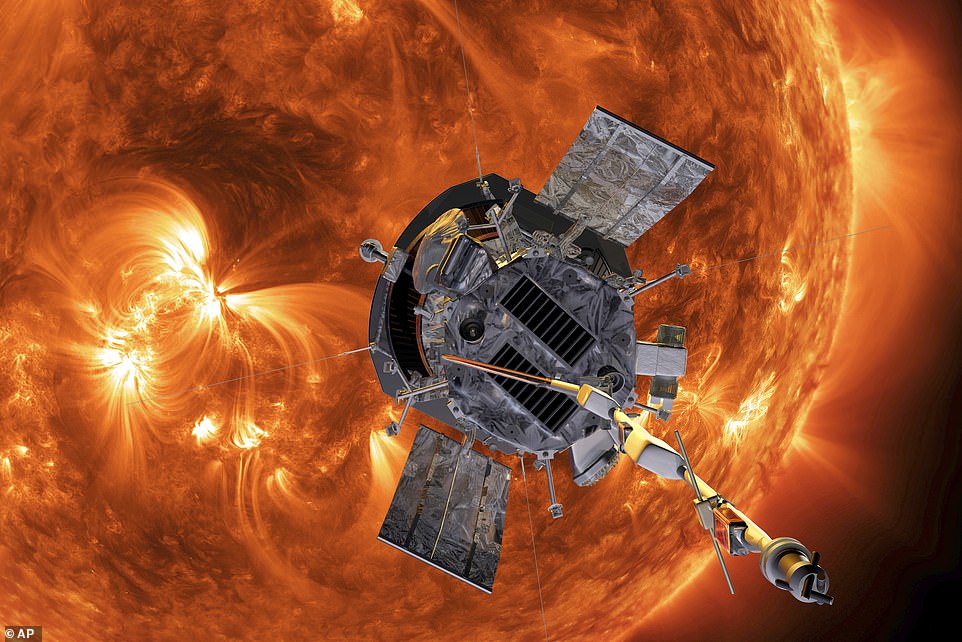 A picture provided by NASA shows an artist’s rendering of the Parker Solar Probe approaching the Sun. On Tuesday, Dec. 14, 2021, NASA announced that the spacecraft has plunged through the unexplored solar atmosphere known as the corona in April, and will keep drawing ever closer to the sun and diving deeper into the corona 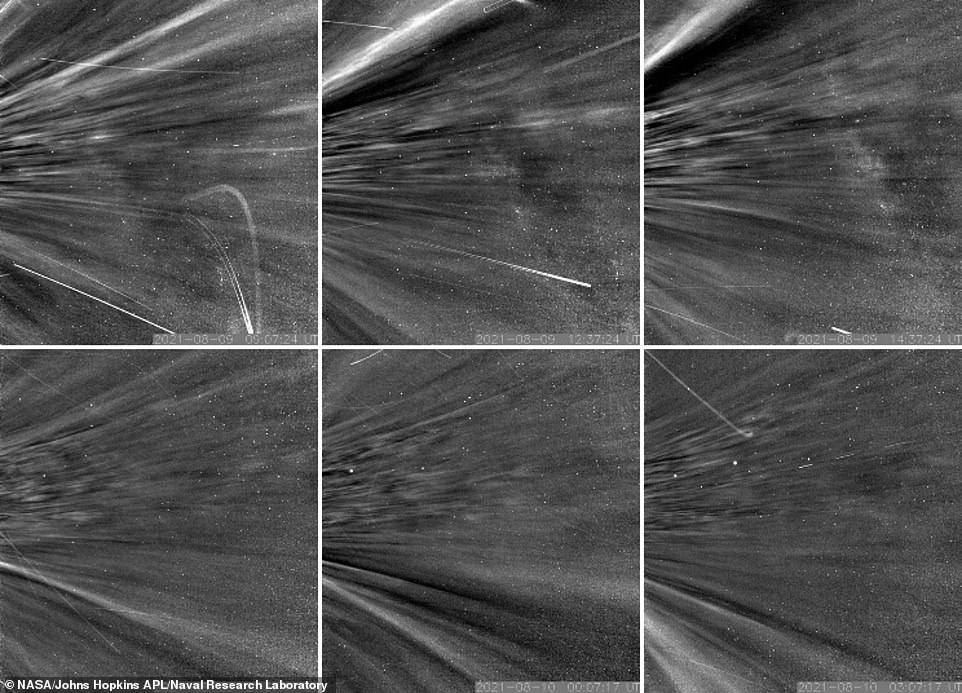 As Parker Solar Probe travelled through the corona on its eight attempt, the spacecraft flew by structures called coronal streamers (pictured). These streamers can be seen as bright features moving upward in the set of pictures in the front row and angled downward in the bottom row. Such a view is only possible due to the spacecraft’s ability to go above and below the streamers inside the corona. Until now, streamers have only been seen from afar. They are visible from Earth during total solar eclipses. 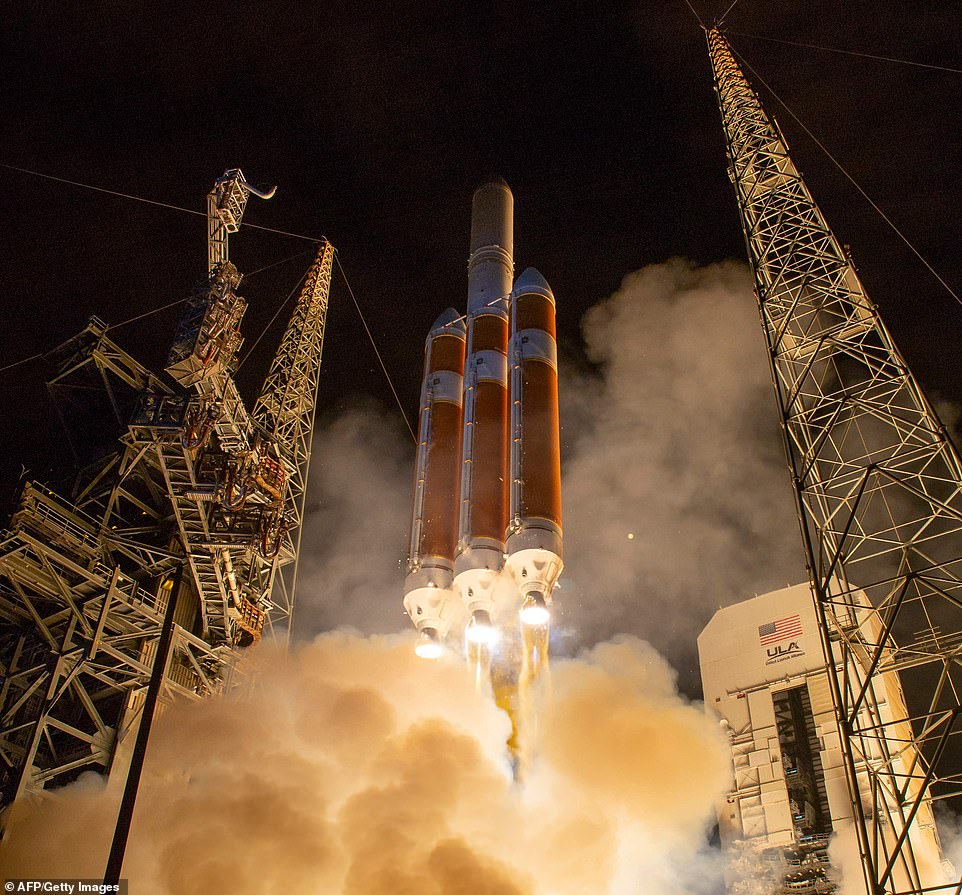 Launched in 2018, Parker, which was named after the spacecraft’s namesake astrophysicist Eugene Parker, was built to answer fundamental questions about the solar wind that is released from the corona, flinging energetic particles across the solar system.

The space craft was eight million miles from the center of the sun when it first crossed the jagged, uneven boundary between the solar atmosphere and outgoing solar wind.

The spacecraft dipped in and out of the corona at least three times, each a smooth transition, according to scientists.

‘The first and most dramatic time we were below for about five hours… Now you might think five hours, that doesn’t sound big,’ the University of Michigan’s Justin Kasper told reporters.

But he noted that Parker was moving so fast it covered a vast distance during that time, tearing along at more than 62 miles (100 kilometers) per second.

The corona appeared dustier than expected, according to Raouafi. Future coronal excursions will help scientist better understand the origin of the solar wind, he said, and how it is heated and accelerated out into space. 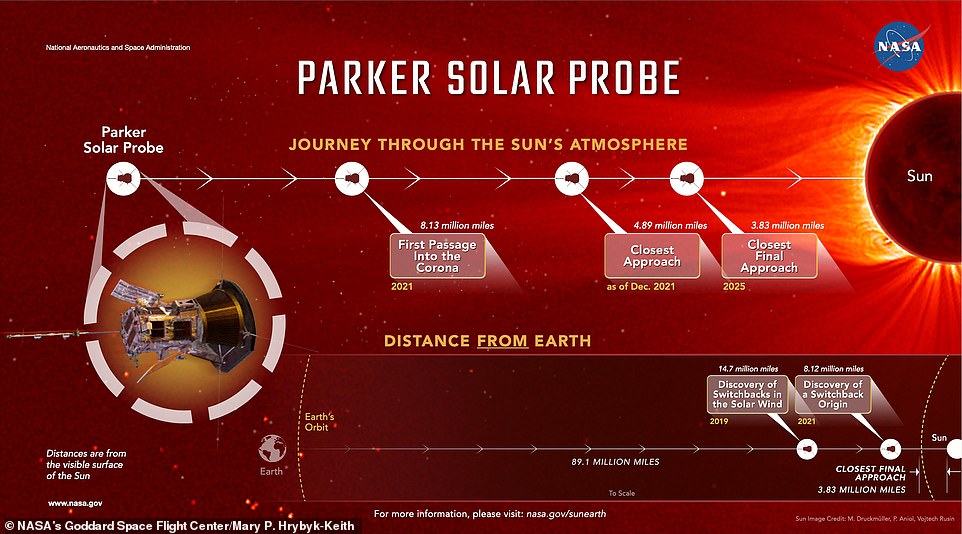 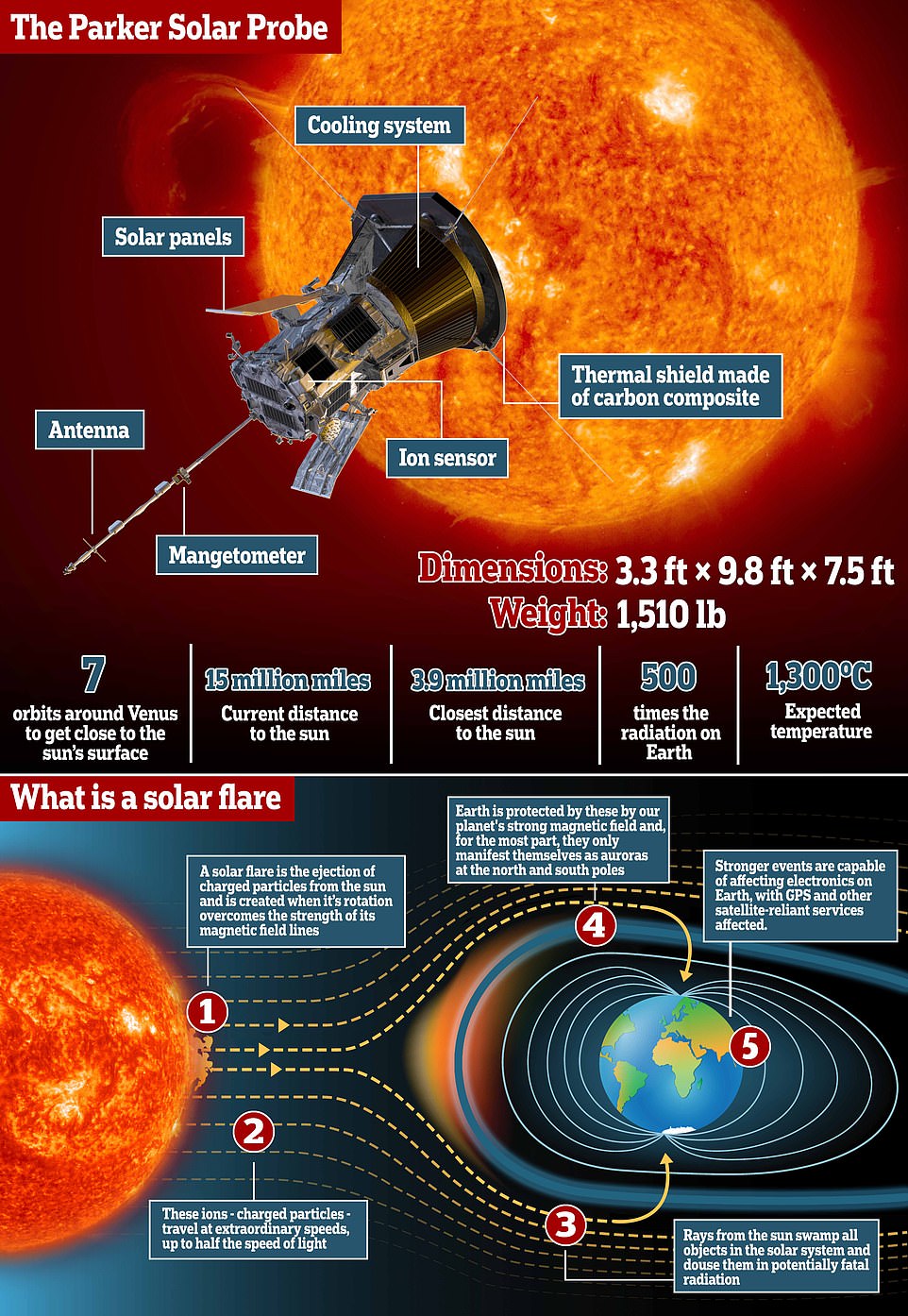 It took seven orbits around Venus for Parker to finally get close to the sun’s surface in April. New discoveries on the sun’s upper atmosphere, also known as the corona, will better explain the origins of the solar wind and its flares

Due to the sun’s lack of a solid surface, the corona is where the action is; exploring this magnetically intense region up close can help scientists better understand solar outbursts that can interfere with life here on Earth.

Preliminary data suggest Parker also dipped into the corona during its ninth close approach in August, but scientists said more analyses are needed. It made its 10th close approach last month.

Parker will keep drawing ever closer to the sun and diving deeper into the corona until its grand finale orbit in 2025.

The latest findings were also published by the American Physical Society.