A NAKED woman destroyed a restaurant in Florida during a rampage before she was tasered by police, footage shows.

Tina Kindred, 53, was acting “out of control” as staff used trays as shields and patrons ran out of the emergency exit doors, cops said. 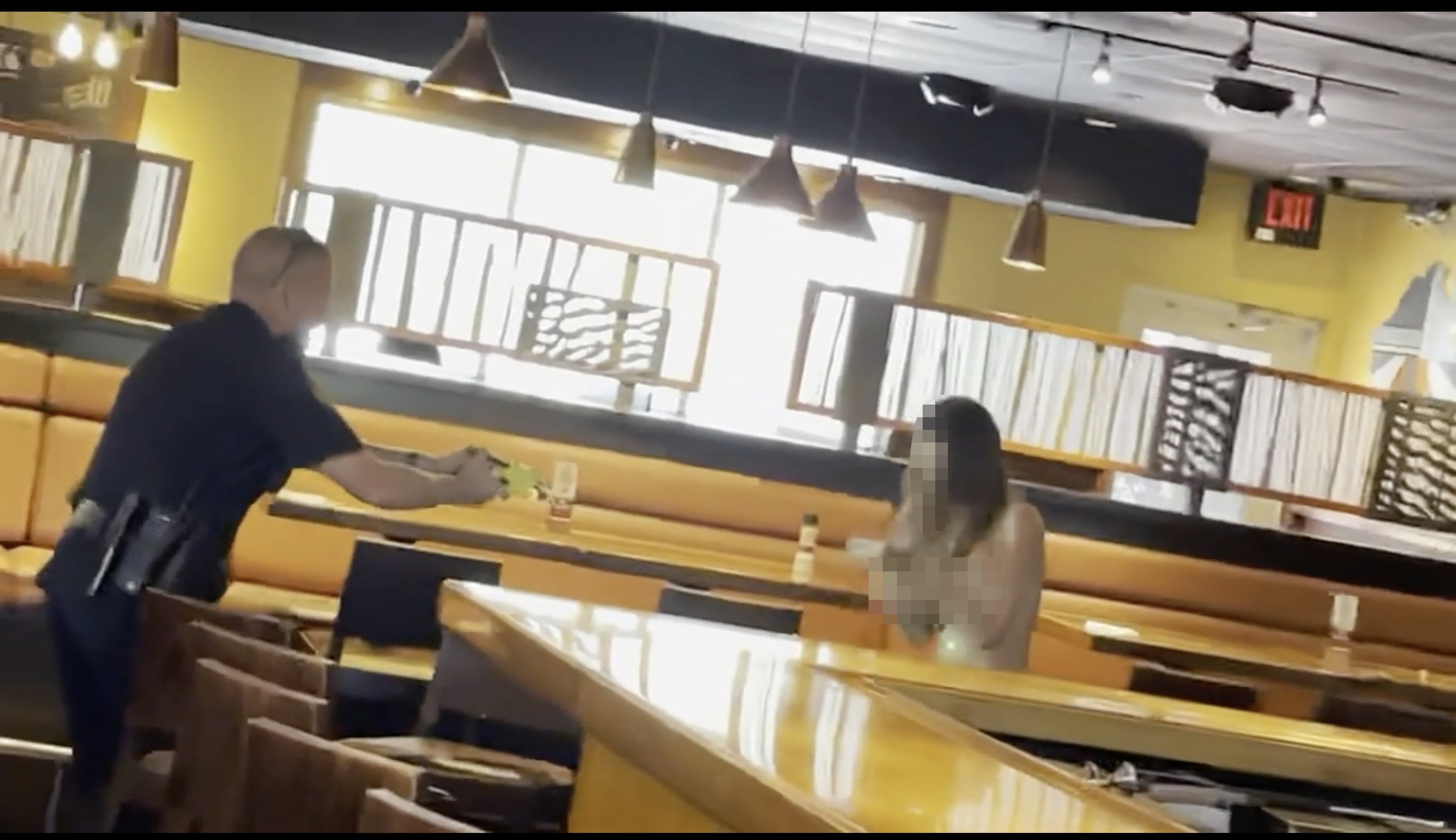 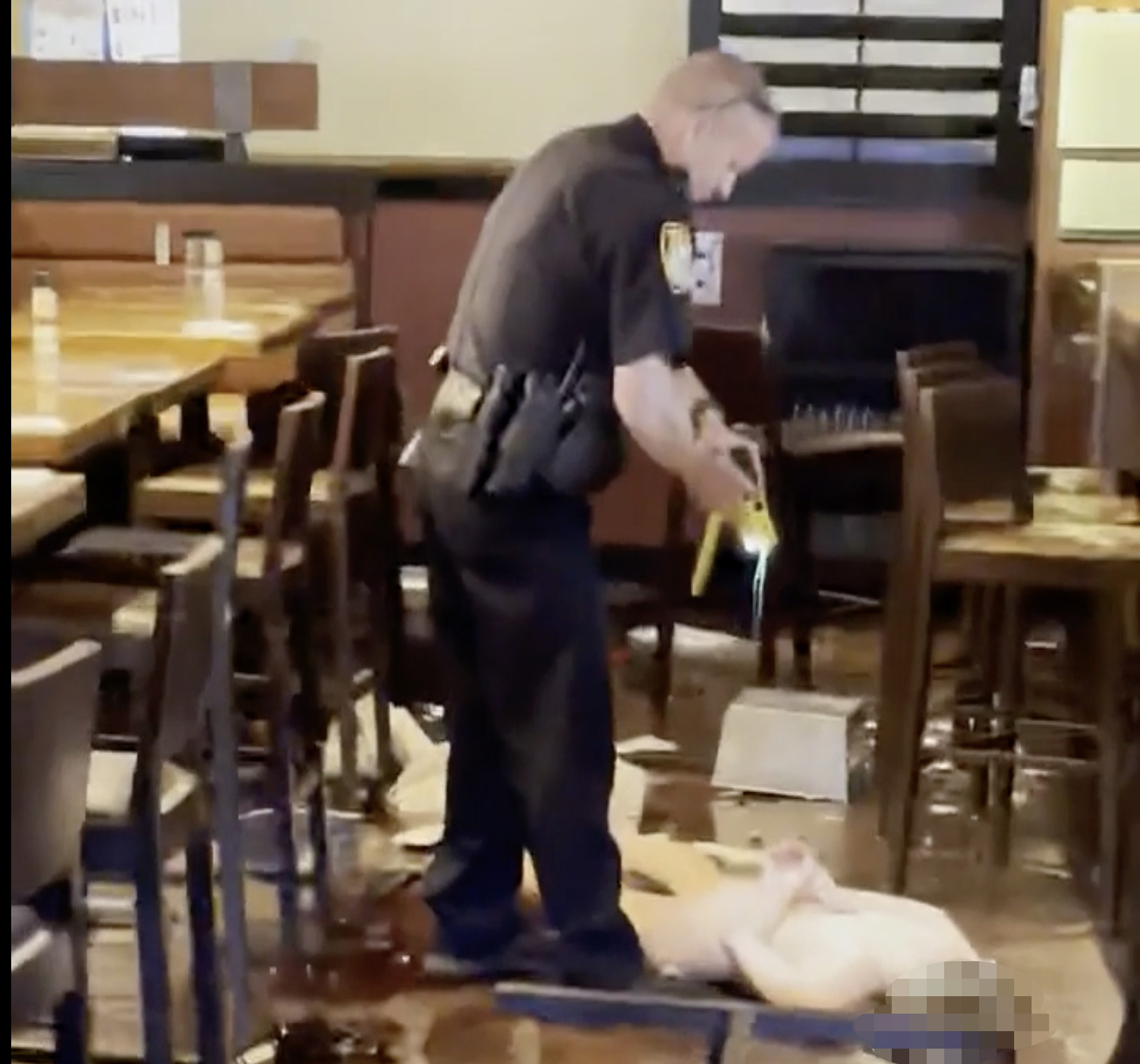 She appears to be at an Outback Steakhouse location although cops confirmed an incident also occurred at Mojo Grill on the same day.

Footage shows the woman standing naked on top of the bar in the restaurant as she smashes bottles on the ground, Ocala News reports.

Cops arrived on the scene and the 53-year-old started to attack the officers.

One officer deploys a taser knocking the woman to the ground before she is stunned.

It's reported that the woman threw at least three bottles at cops.

Video shows Kindred lying on her stomach as the restaurant floor is covered in shards of glass and broken bottles. 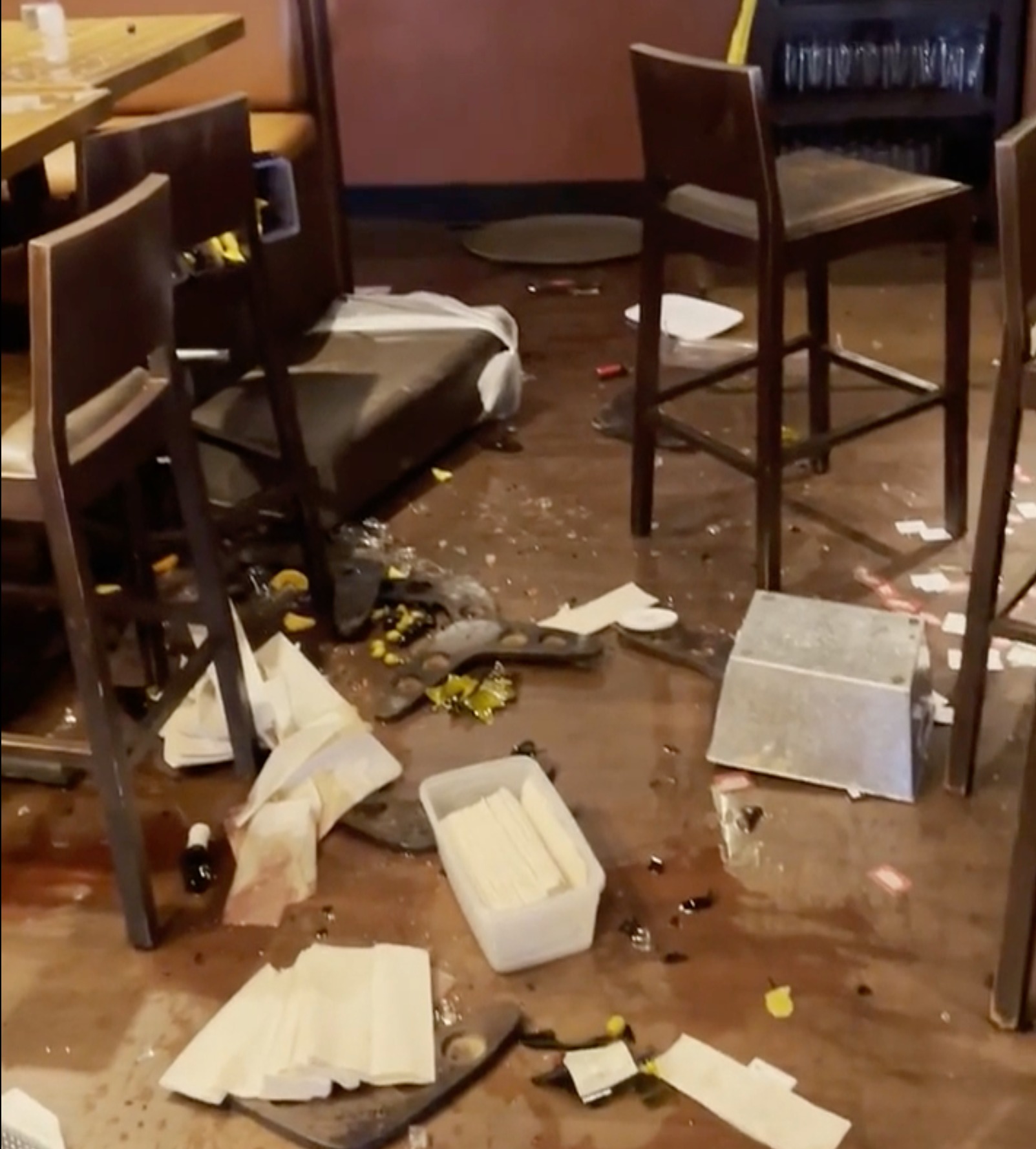 She was taken to a health facility and a law enforcement report reveals that she didn’t have any narcotics in her system.

Kindred admitted to going to Outback with the intent to destroy the bar, according to the police report.

It was reported that there was an alleged incident at the Mojo Grill restaurant.

She alleged that the restaurant owner was not "honest", the sheriff's office said.

The exact cost of the damage remains unknown.

The 53-year-old was charged with aggravated battery on law enforcement and felony criminal mischief.

She is being held at the Marion County Jail on a $5,000 bond and a court date is expected next month.