A MYSTERIOUS sun temple lost for 4,500 years has been found buried in the Egyptian desert.

Archaeologists unearthed the ancient remains in Abu Gorab, south of Cairo, in what is being dubbed the biggest discovery in decades. 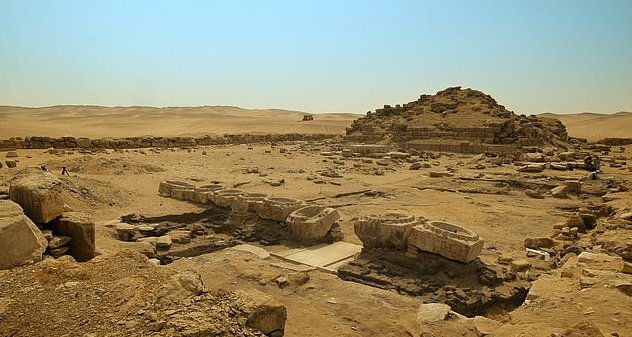 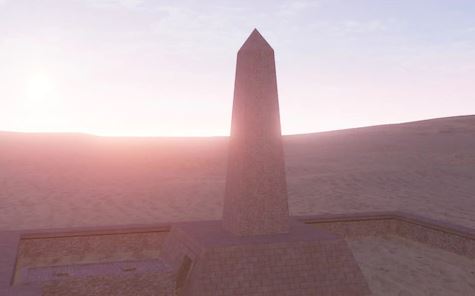 It is one of six sun temples believed to have been constructed – of which only two have ever been found.

They were built while the pharaohs of the Fifth Dynasty were still alive to grant them the status of god.

Pyramids on the other hand were built as final resting places to ensure pharaohs were resurrected as gods in the afterlife.

Experts digging north of Egyptian archaeology locality Abusir first found the remains of the sun temple built by Nyuserre Ini, who ruled for about 30 years in the 25th century BC.

Further investigation revealed an older base made of mud bricks which indicated a building previously existed at the site.

Experts then discovered the two-foot-deep base of a white limestone pillar which they suggested the original structure was "quite impressive".

But what came next, 50 years later, solidified the researchers' suspicions, The Telegraph reports.

An array of beer jars filled with mud were uncovered providing the final proof the old site was a temple.

Researchers said the tokens were a ritual offering reserved for the most scared places and that, combined with the newly discovered architecture, was the evidence they needed.

Dr Massimiliano Nuzzolo, assistant professor of Egyptology at the Academy of Sciences in Warsaw, Poland, said: "We knew that there was something below the stone temple of Nyuserre, but we [didn't] know if it is just another building phase of the same temple or if it is a new temple.

"I have now many proofs that what we are excavating here is one of the lost sun temples."

What remains a mystery though is who the sun temple was built for and when – though it is likely to be a ruler from the same time period.

The Fifth Dynasty pharaohs reigned for about 150 years from the early 25th century BC to the mid 24th century BC.

Only a small number of rulers had sun temples created in the name of the sun god Ra on the west bank of the Nile.

The discovery of the third sun temple will air as part of Lost Treasures of Egypt on National Geographic at 7pm on November 14. 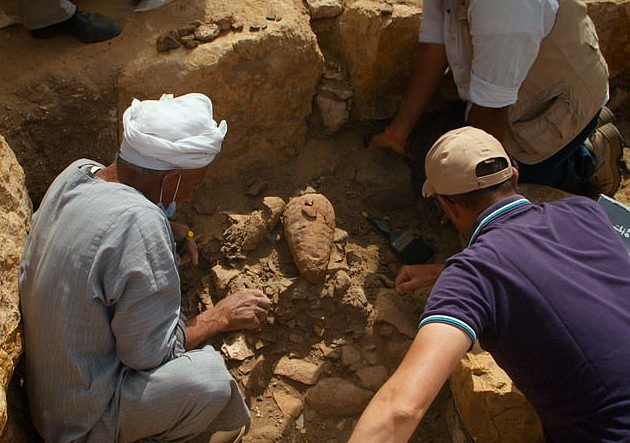 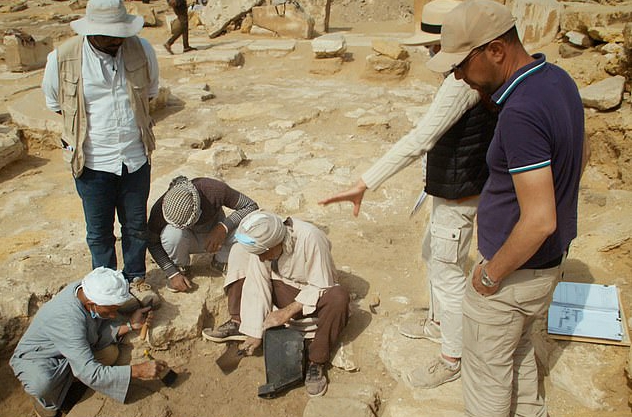 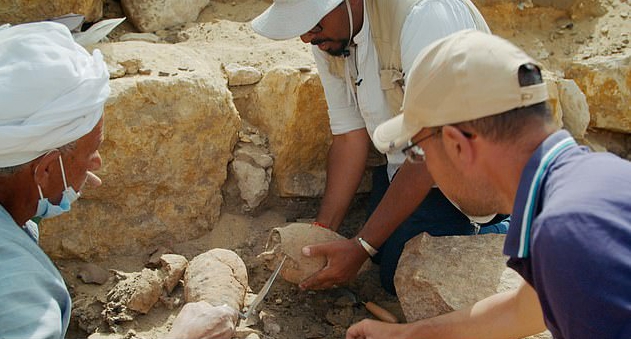