Musician died of overdose after tour was cancelled, inquest hears

Musician, 21, died after accidentally overdosing on heroin after his band’s tour was cancelled because of lockdown, inquest hears

An aspiring musician struggling with heroin addiction died of an accidental overdose Covid cancelled his band’s tour, an inquest heard.

Dylan Rocha, 21, saw his heroin addiction worsen after the pandemic meant he could not see his friends or girlfriend, his mother Claire told the inquest.

The guitarist and singer’s band Happy2000 were set to perform a national tour in March 2020 but it was cancelled which ‘set off’ his addiction.

Mr Rocha had been to rehab and his addiction had improved before he took the fatal dose of heroin cut with isotonitazene – a synthetic opioid 500 times more potent than morphine – after a night out. 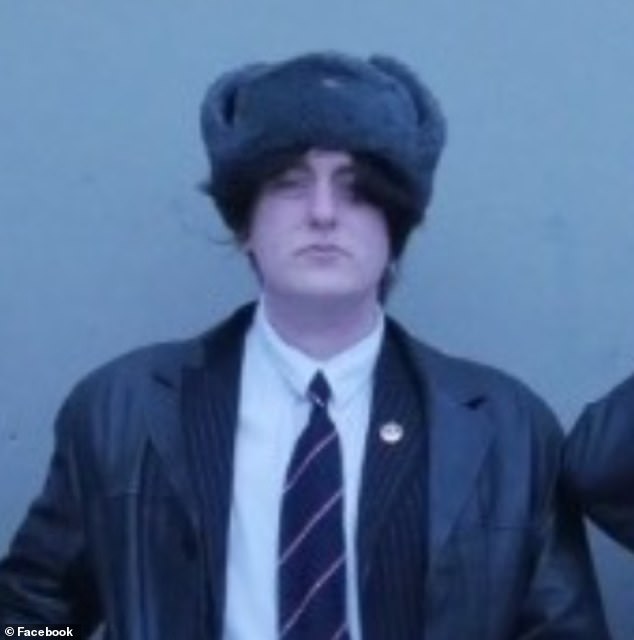 Claire Rocha described her son as the ‘life and soul of the party,’ and said he was ‘well loved, funny and clever.’

She said: ‘He had natural rhythm and played guitar and sung. He was part of a band Happy2000 and they were about to go on a national tour when covid hit and it had to be cancelled.

‘Lockdown meant he was unable to see his girlfriend or friends and set off the problem he already had with heroin.

‘Dylan was well loved by everyone, he was funny, clever, stylish and cool. He was the life and soul of the party.’

The Southampton-based band had released music on streaming platform SoundCloud.

The band posted on their Facebook page at the time of the tour being cancelled: ‘As you all know, we have had to cancel our upcoming tour. We are all heartbroken and it has crushed us a little bit.’

Ms Rocha said she believed her son to be undiagnosed bipolar and he turned to drugs and alcohol to self-medicate.

She said: ‘I am pretty sure that Dylan was undiagnosed bipolar. We had to seek private counselling. Dylan did not engage with counselling.

‘Following the break-up of a relationship, the GP prescribed him anti-depressants which he took for a few weeks and then stopped. He started to self-medicate with drugs and alcohol.’

Mr Rocha was found in the bathroom of his flat that he shared with his girlfriend Imogen Goodridge in Southampton on 24 July 2021.

Miss Goodridge told the inquest she spent the day with Mr Rocha in their flat before he went out to the pub with friends and she went to bed.

She said that she awoke naturally at around 4am and became concerned as Mr Rocha was not in the bed next to her.

Miss Goodridge then discovered Dylan face down in their bathroom and called an ambulance.

She said: ‘I feel totally devastated that I slept and I did not hear him. Dylan made a massive impact on my life. He was such a good person and we are all still in shock that this happened.’

Miss Goodridge added Dylan had attended rehab and things were ‘good’ after he had a bad overdose at his mother’s house in May 2020.

Describing the incident, she said: ‘We called an ambulance and did CPR as they were on their way, they thought he did too much heroin which caused him to fall unconscious.

‘Claire discovered his drug use and she was angry and upset and he made a decision that he wanted to stop and he went to rehab.’

After coming out of rehab, he got a job in clothing store Urban Outfitters which he enjoyed but lost it in March 2021 due to staff cutbacks, the inquest heard.

Miss Goodridge said she did not believe he was using heroin after leaving the rehab he attended in Bournemouth, Dorset. 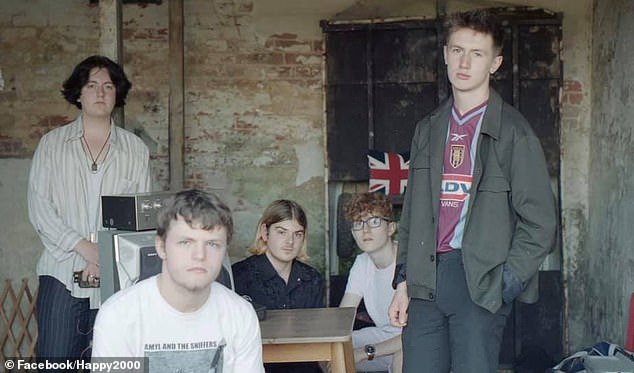 A post mortem examination found Mr Rocha had alcohol, morphine and levels of isotonitazene in his system. Isotonitazene is a synthetic opiod that is used to cut heroin so that it can be sold at cheaper prices.

He said: ‘The cause of Dylan’s death was a drug overdose specifically morphine, isotonitazene and alcohol in his system which have combined leaving the central nervous system depression and sadly his death.

‘There is nothing here to suggest that Dylan had any intention to take his own life. This really is a very sad and tragic accidental death and I am recording his death as an accidental death.’