A single mother has claimed her children can no longer play in their back garden for safety reasons after builders caused a landslide in the neighbouring plot.

Victoria Bowden, who has two children aged eight and ten, was a ‘proud’ first-time buyer when she moved into her property in Torquay, Devon, three years ago.

But a string of developers bought and sold the plot – which has changed hands at auction four times as land prices soar – and its latest owner claims the landslide was because a retaining wall was not built when the property was first constructed.

Ms Bowden’s garden has now become too dangerous for the family to use following the most recent work, and they have been unable to access it for more than a year.

She told DevonLive: ‘We have had no access to our garden now for 13 or 14 months – since March last year. The builder said it would be built by August. 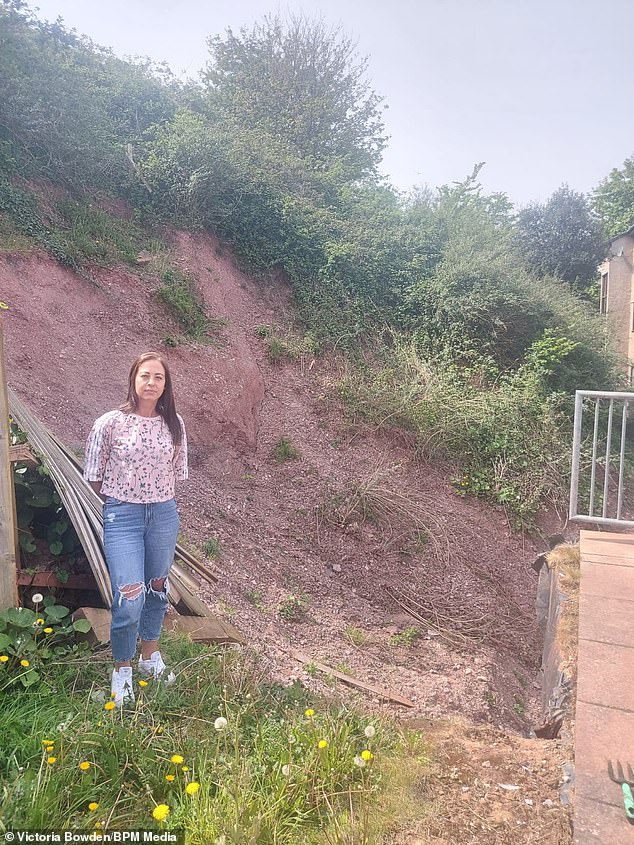 Victoria Bowden has told how her children can no longer play in their back garden in Torquay, Devon, for safety reasons after builders allegedly caused a landslide in the neighbouring plot 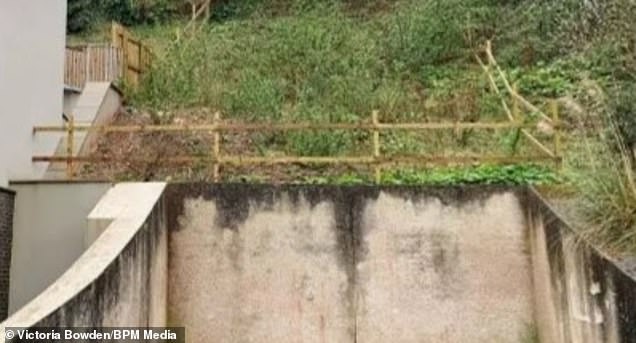 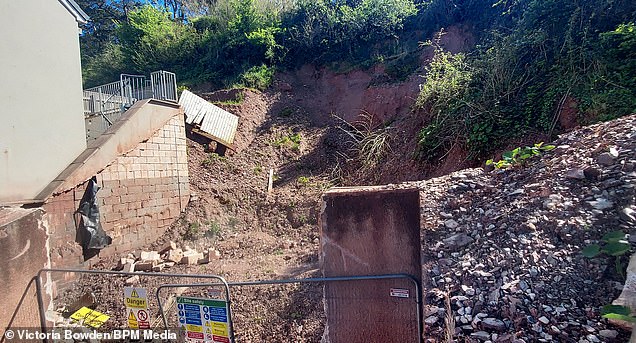 Before and after: How the plot of land appears now (right) and before the landslide (left)

‘When they started the work the builders put a bungee cord across our gate at the top. We’ve just got a small back yard but this garden at the top was our little sunny sun trap.

‘The kids are eight and ten now, and we would go out there together. I was just gutted.’

Ms Bowden said that she bought the home in 2019 as a first time buyer and was ‘extremely proud of what I had managed to achieve for myself and my children’.

She continued: ‘The garden was small but it was a useable sunny outdoor space and we regularly sat up there together.

‘Next to my house was a piece of land that was sold at auction. Actually it has been sold at auction four times now to various developers who all planned to build a house on it. 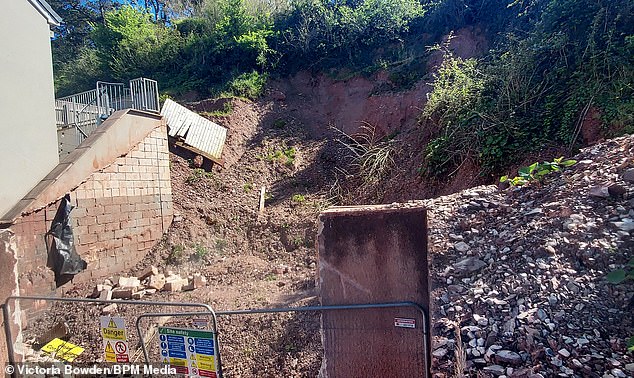 ‘They come along, make contact with me, promise to compensate me for my troubles whilst they are building and then leave, having sold the land to the next guy who comes along and does the same.’

After the most recent work, Ms Bowden said the diggers turned up but then everything stopped and the plot has now been put up for sale once again.

She said: ‘It is extremely dangerous and I will not allow my children to go up there. It is an accident waiting to happen.

‘Now the land will be sold again and the whole process starts again. I have zero faith that the next developer won’t do the same. I cannot afford any legal representation.

‘I cannot afford to fix this myself, it would cost thousands. I am really in a situation here and I would welcome advice on what to do.’ 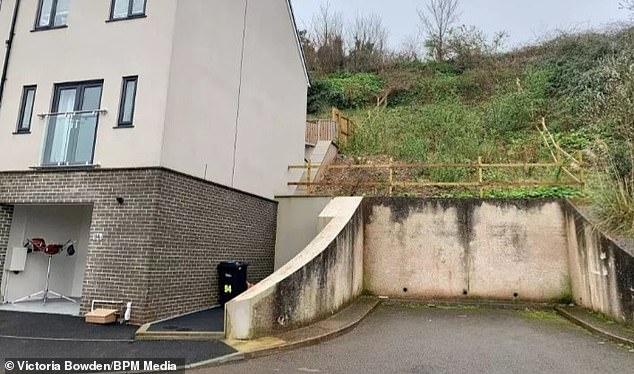 BEFORE: How the plot used to look before the most recent work resulted in the landslide

The current owner of the plot, Anthony Tester, told DevonLive that the landslide was caused due to a lack of a retaining wall.

He said this should have been built when the houses were first erected, but was not in place as shown when the original drawings were signed off by Torbay Council.

Mr Tester said: ‘I’ve got sympathy for her and I understand her concern. When we started work we found that the retaining wall from her property wasn’t in place.

‘There is absolutely no question that the wall will not be built. The wall is on her land and I have told her that I’m prepared to help her.

‘What’s happened here is a force of nature. The plot has been sold because I’ve had a change in health. It’s a good piece of land for a good sized property to be built on.’