‘Scatty’ mother, 57, is flagged as potential terrorist when she sends bank transfer marked ‘funds for Isis’ – the name of her horse

A mother was left red-faced after a failed bank transfer titled ‘funds for Isis’ landed her in hot water after she was flagged as a potential terrorist threat.

Susan Govindasamy, from Bolton, says she was left ‘speechless’ after learning her £500 PayPal transfer to her horse trainer friend was frozen because of the transaction’s name.

The 57-year-old had tried sending the cash to cover the costs of ‘horse bootcamp’ for her nine-year-old Arab horse, Isis.

But Susan’s transaction raised eyebrows with international crime agency Interpol, who work to catch some of the world’s most dangerous criminals.

Self-professed ancient Egypt fanatic Susan failed to spot the issue with her wording, submitted the payment and went on with her day.

It was only three days later when her friend said she hadn’t received the cash, noticed a temporary pending status on the transaction and was contacted by PayPal, that she realised there was a problem. 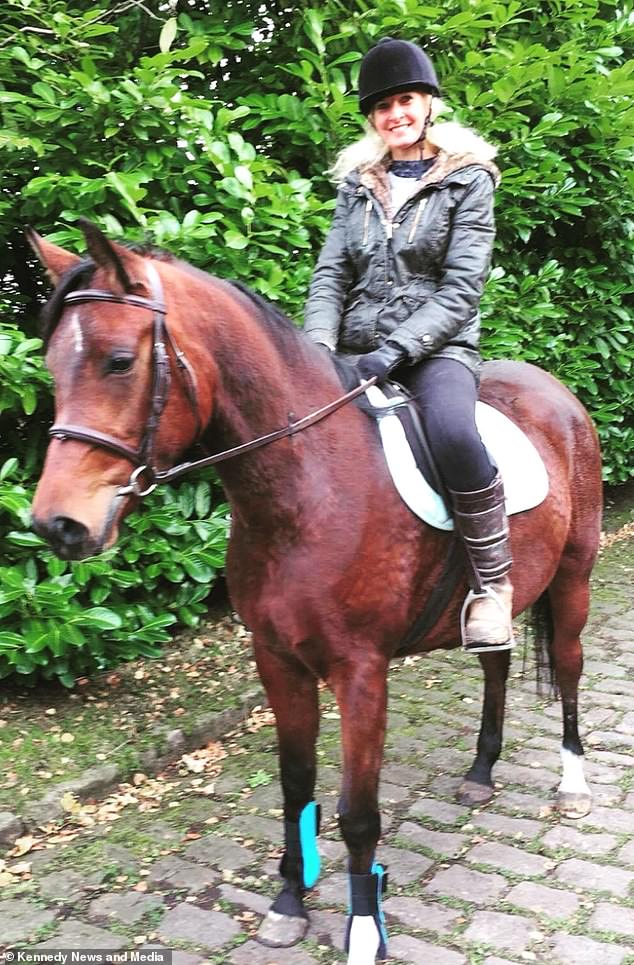 Susan Govindasamy from Bolton and her 9-year-old horse Isis, (pictured) were at the centre of an international terrorist investigation after a failed PayPal transaction 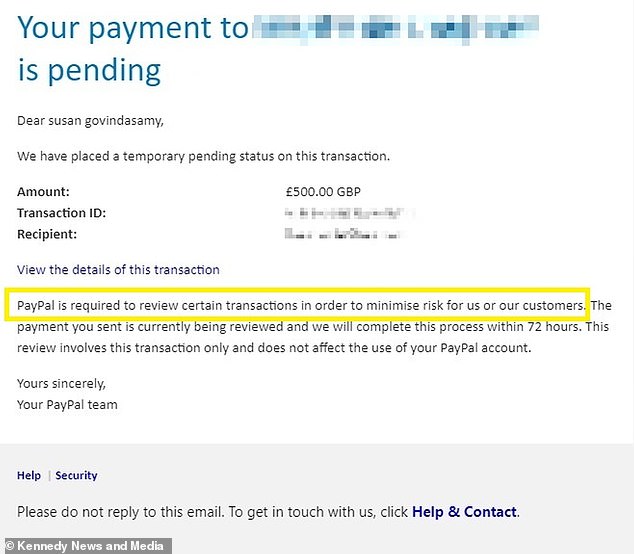 Susan said: ‘I’m a bit scatty, there are tons of things I’ve done and my husband has said ‘I can’t believe you’ve done that’.

‘I named the transfer ‘funds for Isis’ and sent the money off, at the time it went right over my head.

Red-faced Susan, who has previously owned horses called Pharoah and Nefertiti, says she was forced to explain to PayPal and Interpol that she was paying for her horse’s training and not funding international terrorism. 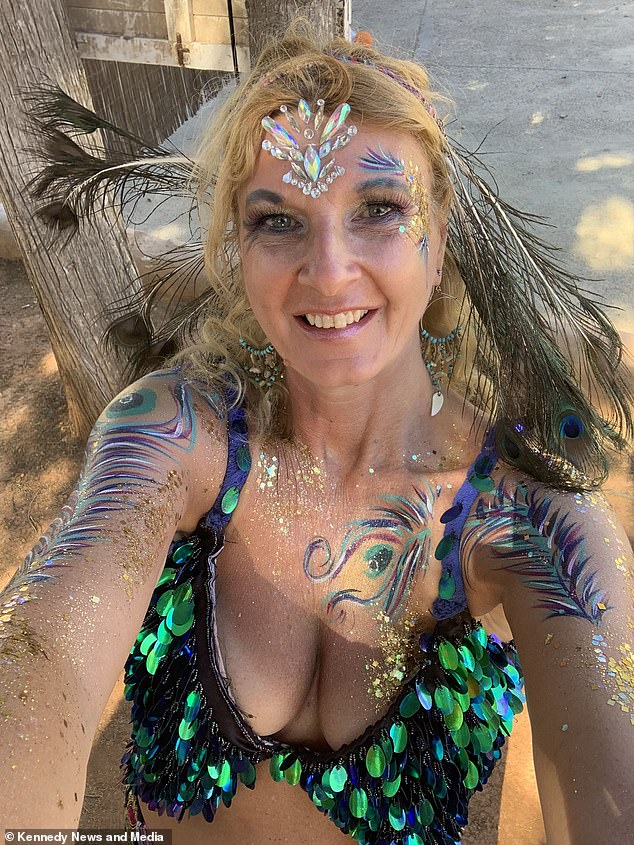 She claims she even had to provide her pet’s passport to prove Isis was indeed her real name and sign a declaration confirming she had no links to the infamous terror group.

Now Susan, who is married to 47-year-old Mark Govindasamy, admits she remains vigilant about what names she gives transactions, claiming it has been very much a ‘lesson learned’.

‘I only realised there was an issue three days later, when my friend said the money hadn’t come through.

‘We then both got emails from PayPal and Interpol wanting to know the reason why I was sending funds to ISIS.

‘My husband had to tell me why it had happened, when the penny dropped I was speechless.

‘I’d been flagged as a potential terrorist. I remember thinking: “What does this mean, what will happen now?”

‘I was investigated, as was the other side where the money was going to, and I explained in detail what was happening and that my horse was called Isis.

‘I had to send Isis’s passport details through to show her name was Isis on the passport.

‘I had to say I had no connection or affiliation with the IS terrorist group of any sort whatsoever.

‘Once I’d signed that declaration and it had gone off then they were happy and they released the funds.’ 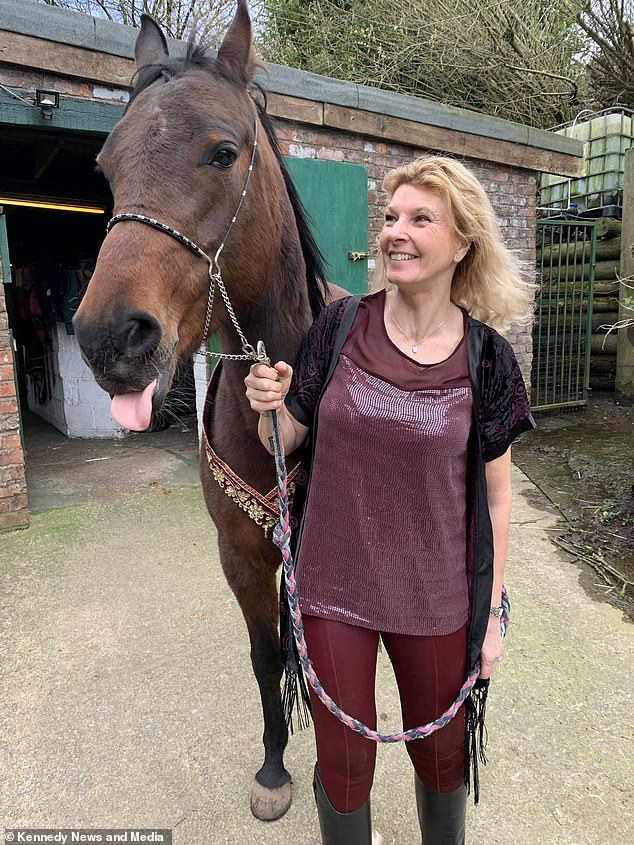 Susan, an avid fan of Ancient Egypt, said she knew Isis was the name for her horse the day it was born

As an avid fan of Ancient Egypt, Susan has been to Sharm El Sheikh a couple of times and Egyptiana sometimes features in her art.

She also has an Egyptian-themed bedroom and has painted a huge eye of Horus over the top of the bed frame.

‘Isis is the goddess of goddesses. She’s very revered and astute goddess that’s looked up to, she’s come through a lot in my life.

‘When Isis was born, if she’d been a colt he would have been called Osiris. When I knew she was a filly I knew Isis was the name for her.

Despite friends advising her to change her horse’s name after the rise of the Islamic State, Susan was defiant.

‘I said ‘I’m not changing her name, I absolutely refuse she’s called Isis after the Egypitian goddess and if people can’t get past that then they’ve got an issue’.’

When the payment was temporarily suspended and she had to explain the situation, Susan sent an email along with Isis’s passport.

Susan’s email to PayPal read: ‘Hello. Thanks for your communication, I have a horse she is called B.A Isis bint Kadera or Isis for short.

‘She is currently out on loan at my friend, who has arranged for some schooling to be done and requested funds for her.

‘I thought PayPal’s is a convenient option so am just waiting to pay her now -I hope this clears up any confusion.’ 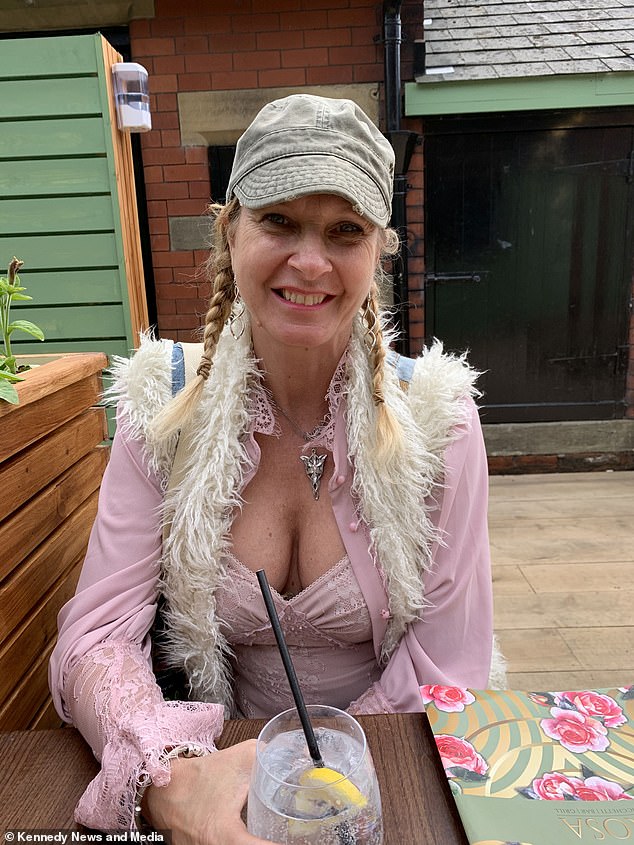 Susan admitted it was ‘a relief’ to no longer be considered a potential terrorist threat, and later saw the funny side of the story

In a Facebook post, Susan’s horse trainer pal wrote: ‘That embarrassing moment when you get asked a million questions to check if you are a terrorist or not because Susan Govindasamy uses Ice’s official name of Isis on a payment reference through PayPal.

‘There’s me telling him to Google it and it’s after a goddess not actually Isis-related oh gosh embarrassing.

Horse lover Susan said she was mortified by the mix-up but was relieved that no harm was done.

Susan said: ‘The next day when I woke up, my friend who was dealing with it shared it on Facebook.

‘I was mortified at first, but then I saw the funny side of it. I remember thinking ‘Susan what were you thinking?’ Obviously I wasn’t, I was just enjoying my cocktails in a little world of my own.

‘It was a relief people didn’t think I was a terrorist. I do actually think about what I put now when I use PayPal.

‘I don’t even use the word ‘funds’ anymore either, it was very much a lesson learned.’

A PayPal spokesperson said: ‘Government regulations require that payments companies including PayPal scan all payments for terrorist and other references.

‘We do everything we can to eliminate references that have nothing to do with terrorism, and work with customers to resolve quickly any issues that might inadvertently arise.’