This is the moment three brazen thieves jacked up a parked car outside a house in broad daylight and stole the catalytic converted in just 60 seconds.

CCTV captured brothers Anthony and Thomas McDonagh and accomplice Gerard McInerney in act, even casually leaning on their getaway car and chatting while people walked past.

In the footage they seem unconcerned about anyone interfering as they remove the catalytic converter – which cost at least £400 to replace – before throwing it into a getaway car. 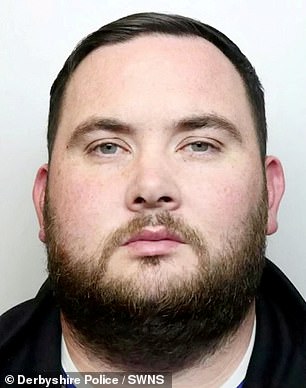 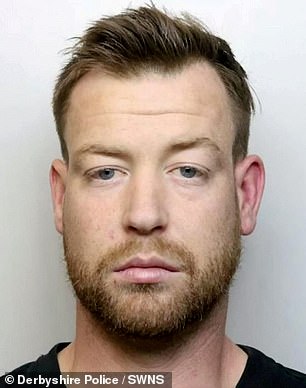 One of the gang is seen casually leaning against the getaway car while the accomplice saws the converter off the car.

The three crooks then drove off, with the false number plate dangling off the back of the car.

The trio were caught following a high-speed police chase before they crashed their blue Mazda at Spider Island in Derby following the theft on September 24 last year.

He was jailed for 23 months and disqualified from driving for 22 months.

His brother Anthony, 30, also of Coventry, admitted conspiring to steal catalytic converters from motor vehicles and criminal damage and was jailed for 17 months. 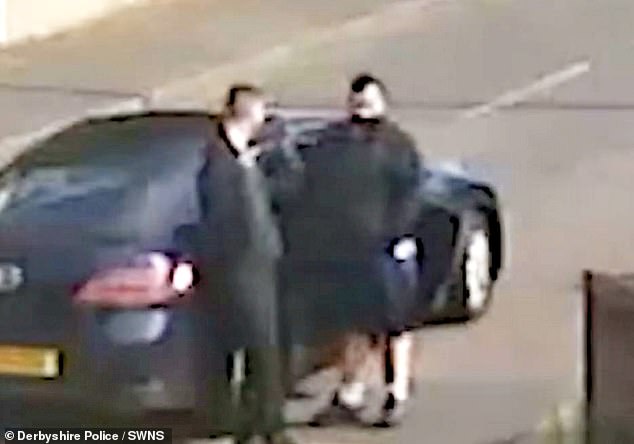 The brothers, Anthony and Thomas, (pictured) were seen on camera casually leaning against a car while their accomplice saw off the catalytic converter 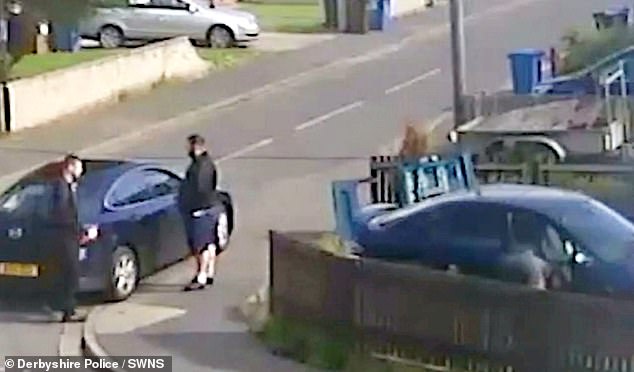 He was handed an eight-month jail sentence, suspended for two years and ordered to 80 hours unpaid work.

Theft of catalytic converters, which are fitted to all cars to clean up emissions, is motivated by the precious metal they contain.

The clip was posted by Derbyshire Police as a warning to motorists to be on their guard against gangs of catalytic converter thieves.

‘The men spot their target car and pull up next to it, so they can take a closer look. 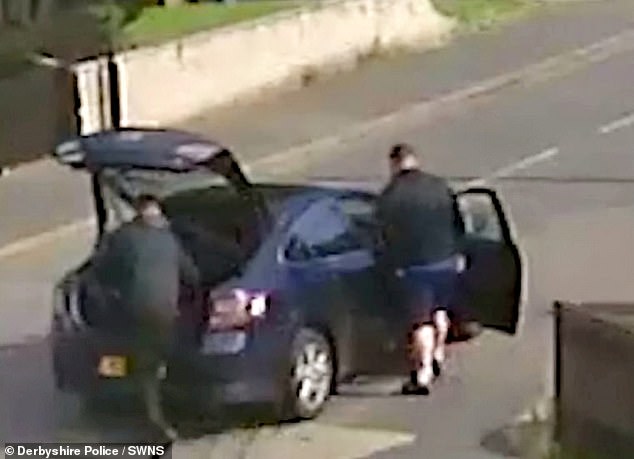 After jacking up and the car and sawing off the catalytic converter, one of the men is seen lifting it into the boot as the other prepares to make a quick getaway 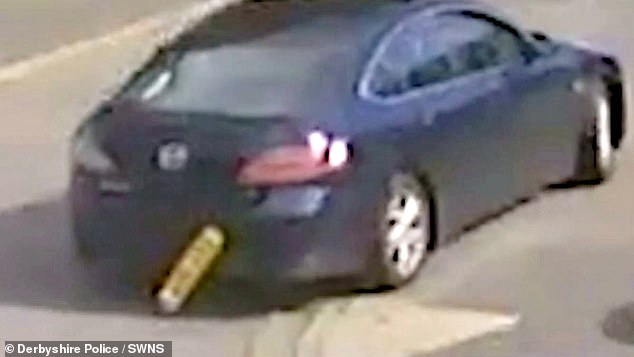 The three crooks then drove off, with the false number plate dangling off the back of the car

‘One of the men carries a jack to the side of the target car, while the other two keep watch.

‘Despite there being people up the road, the thieves are undeterred and use a saw next.’

In the last year, more than 180 catalytic converters have been stolen across Derbyshire – the cost of which to replace is nearly £200,000.

Catalytic converters contain two valuable metals, rhodium and palladium, which increased in value during 2020 and has recently gone up again to the highest it has been in ten years.

Hybrid cars are particularly vulnerable because their converters are cleaner, which means the metals inside them are less likely to corrode.

What is causing the increase in catalytic converter thefts?

Thefts of catalytic converters have risen recently as criminals sell the metals inside – platinum, palladium and rhodium – to unscrupulous metal merchants.

The volume of metal is low but its value is high enough to make it worth their while.

For example, there is approximately 5g of platinum inside an average catalytic converter, with a scrap value of around £25 to £30 a gram. 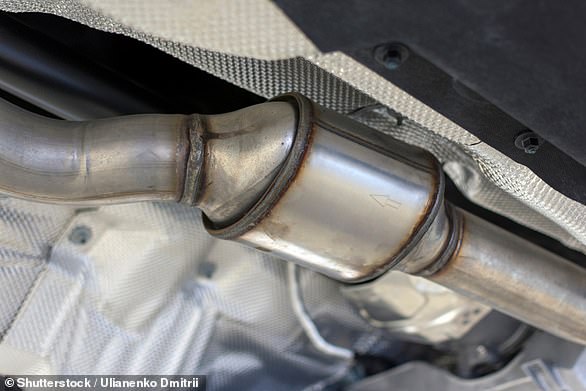 The volume of metal inside catalytic converters is low but its value is high enough to make it worth their while. Picture: Stock

Palladium, in particular, has shot up in value this year, due to increased demand for converters from car manufacturers in China and India.

Once stolen, the converters are offered to unscrupulous scrap-metal dealers for £200 or more a time.

They are then dismantled and the extracted metals sold in powder form to refineries around the world for recycling.

Alternatively, stolen converters can be sold on the online second-hand market, an attractive option for cash-strapped motorists as a new one can cost up to £1,000.