VIDEO shows a spring breaker opening the rear door of a cop car – letting an arrested man in swimming trunks make a run for it as the crowd cheers on his dash to freedom.

A group of rowdy spring breakers is seen on video cheering on a handcuffed 18-year-old as he makes a break for freedom at the popular Spring Break town of Clearwater Beach in Florida on Wednesday. 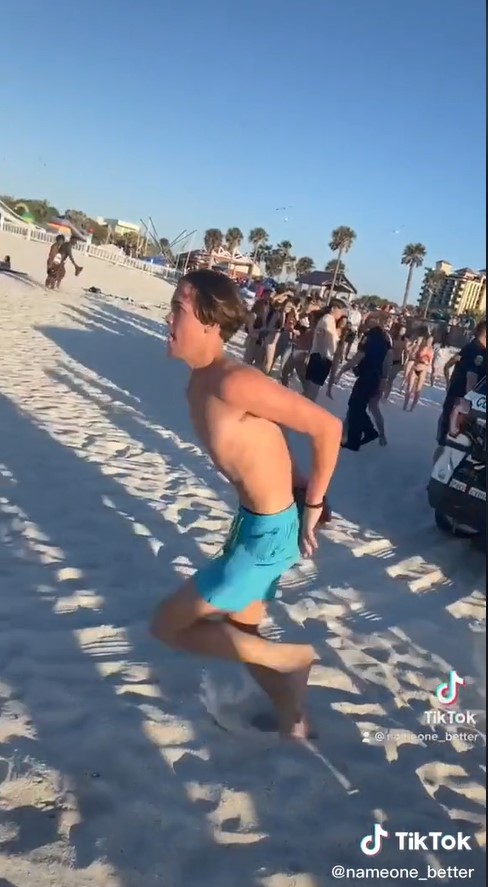 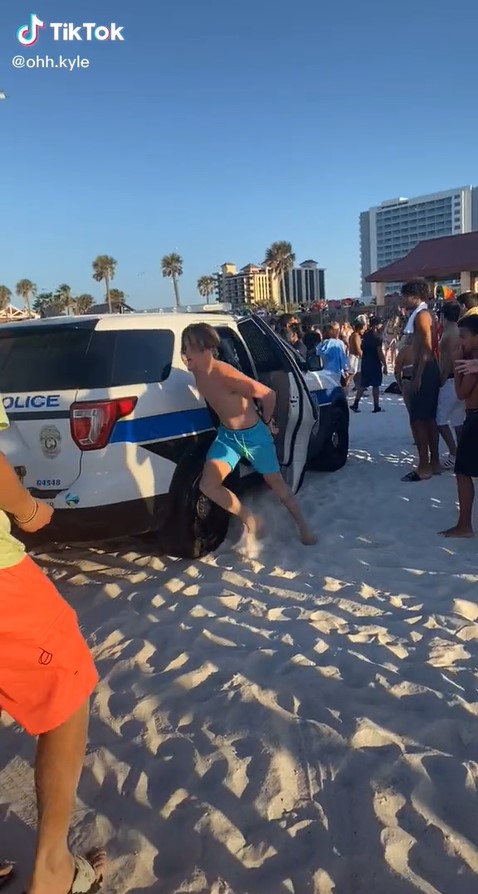 A Tiktok, posted by someone with the username @nameone_better, shows the crowd jeering at two cops who begin walking away from their police vehicle.

Another reveler then opens the car door, and someone is heard in the background screaming "he's coming out!"

Suddenly, a handcuffed Dominic Glass, 18, is seen in blue swimming trunks making a sudden break from the car as the crowd goes wild.

As Glass runs for his life, the crowd closely follows him, cheering along as he makes a mad dash across the hot sand. 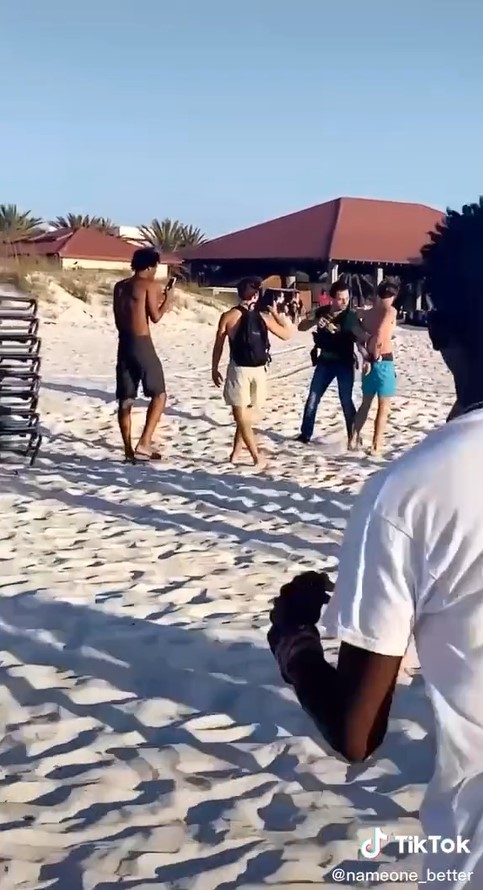 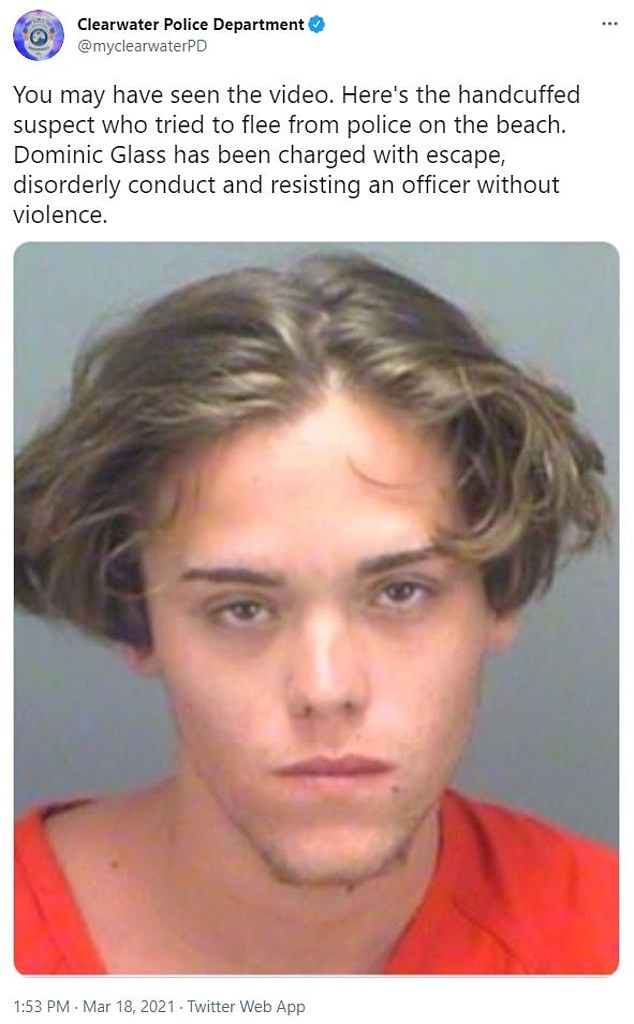 Another Tiktok posted by the same user shows an officer point a gun at Glass as he tries to maneuver around a police blockade.

Glass gives in, allowing the officer to grab him by the cuffs and drag him to the police car.

The teen was charged with escape, disorderly conduct and resisting an officer without violence, Clearwater Police said. A person suspected of opening the door was also taken into custody.

"While many of the young adults in the video think this is funny, it has turned what would have been a very minor violation to one that will have severe consequences," Clearwater Police Chief Dan Slaughter said after the incident.

Clearwater Police made four arrests in different incidents on the beach, including one person who allegedly battered an officer.