This is the moment a man in Russia tried to set fire to bar goers after a drunken row and is punched to the ground and accidentally caught fire himself.

The man had been pouring a flammable liquid on the floor and aiming some at people stood outside, before he was knocked down – at which point the substance on the ground was set ablaze and he was accidentally singed by the flames.

The incident was filmed outside a bar in the Russian capital Moscow yesterday, after the 49-year-old suspect had been thrown out for aggressive behaviour.

Following the bar row, the suspect, whose identity has not been reported, went home and returned a short while later with a container filled with a flammable liquid. 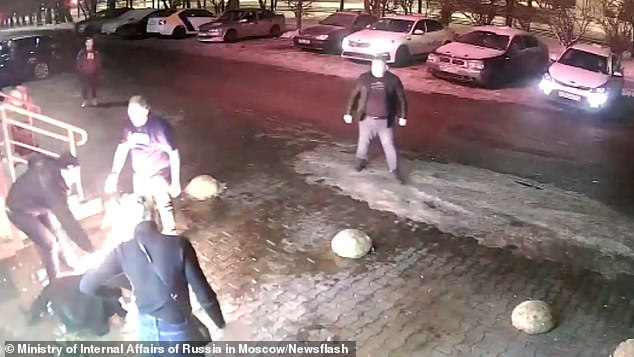 A 49-year-old man was left accidentally singed outside a bar in Moscow, Russia, yesterday after he had attempted to pour a flammable liquid on people stood outside, before the tables were turned on him 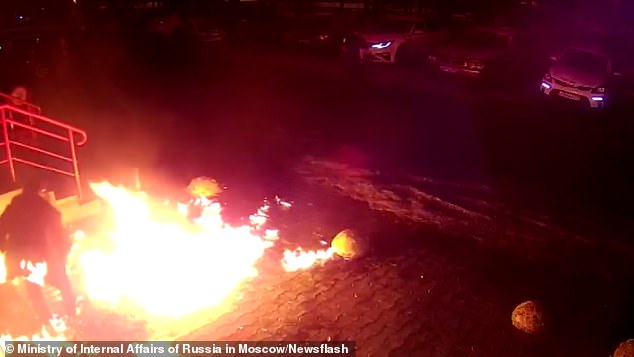 The flammable liquid, which had been poured on the floor outside the bar, was ignited and accidentally set the back of the man’s trousers on fire

In the footage, the suspect is seen arriving outside the bar and trying to pour fuel on a man and a woman who was stood nearby smoking a cigarette.

He returns to trying to pour fuel on the heavyset man, who responds by punching him in the head before pummelling him on the ground.

Another man allegedly kicked the suspect over, before the fuel on the ground was ignited, sparking a fireball and accidentally setting alight the suspect’s clothes. 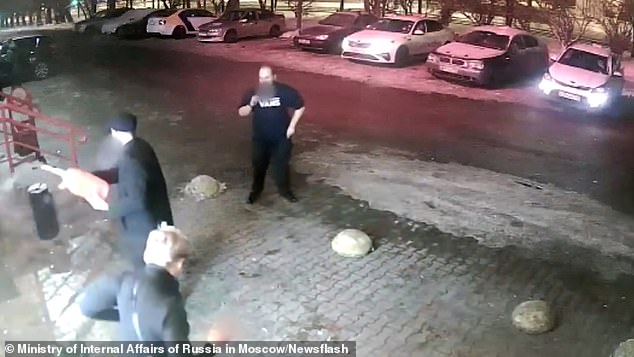 Security footage captured the moment the 49-year-old man returned to the bar, after having been thrown out, with a canister of flammable liquid 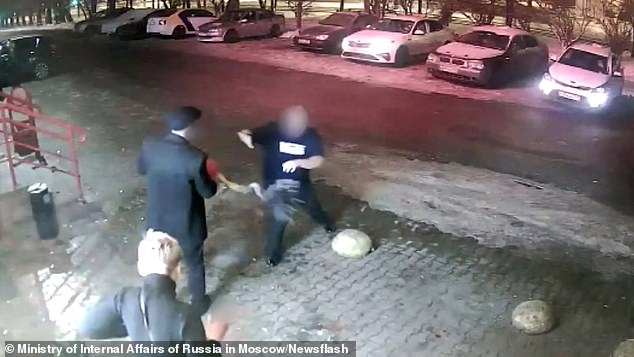 He tried dousing one man in the liquid, who moved in close to try and stop him 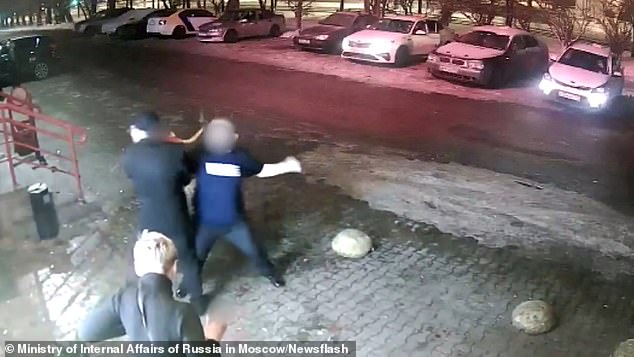 Defending himself, the other man punched the suspect in the head and knocked him to the ground

The security footage ends with the fallen man standing up with his trousers on fire.

No one was injured in the attack, however the police were called to the scene and arrested the suspect while he was trying to leave.

The suspect is reportedly being kept in police custody on suspicion of ‘hooliganism’ as the investigation continues.