THIS is the dramatic moment Gerry 'The Monk' Hutch was nabbed by undercover Spanish cops in a restaurant in Fuengirola.

The veteran criminal, who was arrested on foot of a European Arrest Warrant in connection with the gun attack at the Regency Hotel in Dublin, was looking at the menu when police pounced last Thursday afternoon. 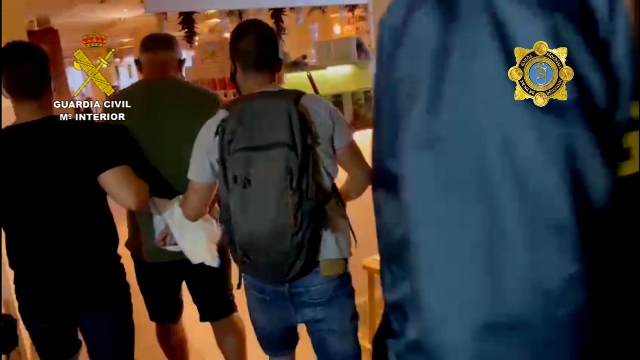 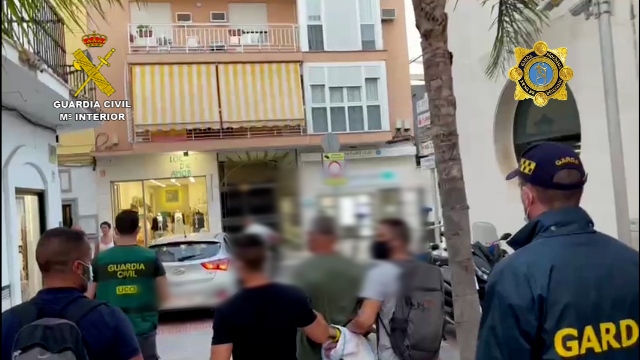 Video released by Spanish police shows the Dublin man sitting down at a table before the cops moved in.

He is seen wearing a green t-shirt and shorts before he is then handcuffed.

It appears he was then taken to the restaurant's bathroom where a bumbag he was wearing was searched and his ID was checked.

He was then marched out of the restaurant to a waiting car.

Spanish cops had been watching his home in Fuengirola for some time after the European Arrest Warrant was issued by an Irish court earlier this year.

But cops only moved to arrest him after they were able to confirm his identity.

In the video, members of An Garda Siochana – the national police service of the Republic of Ireland – were also visible in Spain when the 58-year-old was arrested.

Earlier this week, The Irish Sun revealed Hutch had his own Spanish ID card when he was nabbed on the Costa del Sol.

It is understood that the Spanish surveillance team intensified their efforts to find him over the last two weeks — but were unable to track him down.

Operatives from the Unidad Central Operativa – a specialised division of the Civil Guard of Spain responsible for the investigation and prosecution of the most serious forms of crime – received intelligence he was back in Fuengirola just 48 hours before his capture by the Guardia Civil.

Over the weekend, he appeared before a court in Madrid where he was informed of his legal rights and of the nature of the warrant, which was issued by an Irish court following an application by the gardai.

Hutch was also offered a solicitor and was then remanded in custody.

On his next appearance, he must tell the court if he is going to contest the extradition. 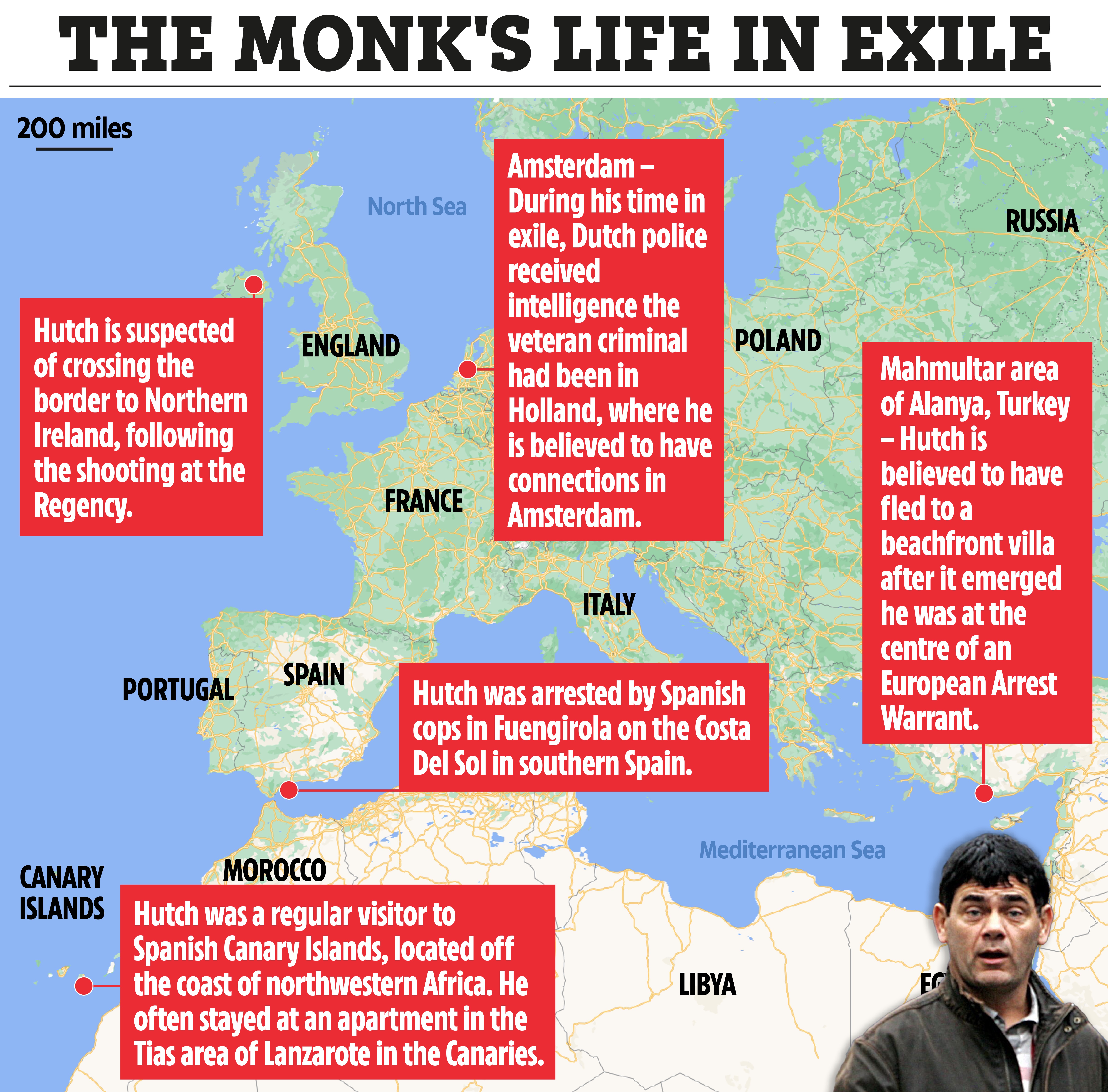