Minister tells motorists to ‘shop around’ for the best deal on PETROL: Mark Spencer tells drivers facing a Christmas rip off to ‘drive down’ the cost by shunning expensive pumps

Drivers face their costliest Christmas getaway ever have been advised to ‘shop around’ for the cheapest pumps in their area to ‘drive down’ prices.

His comments came as it was revealed filling up with diesel now typically costs £97 – almost £15 more than last year. The fuel widely used in commercial vehicles has reached 176p a litre at the pump – 27p more than 12 months ago. Petrol is around 153p, 7p more than in 2021.

Speaking to Times Radio this morning, Mr Spencer urged supermarkets to ‘try and look after their customers’.

‘But I would say to those customers or my constituents that shop around to look around for the best deals and to use the power of your pay packet, if you like, to drive down that cost,’ he added.

‘If you move your custom to places where it is a low price, and there’s lots of independent petrol retailers now that are actually lower than the supermarket prices, you know, use that, use your consumer power to drive those prices down again.’

Fair Fuel UK’s Howard Cox said: ‘Shopping around is good advice for the lowest pump price, but use (phone) apps to locate them, don’t drive for miles wasting your expensive fuel.

‘The perfect seasonal offering to the world’s highest taxed drivers, would be for the Chancellor and the Prime Minister to herald, right now, there’ll definitely be no fuel duty hike in the March Budget.’

Rishi Sunak this week refused to rule out a 12p rise in tax on car fuels. 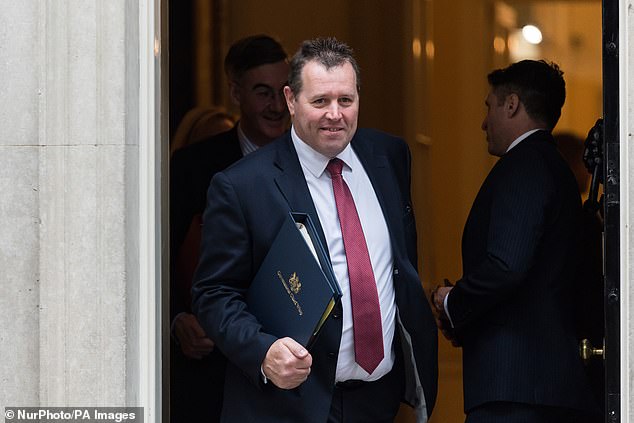 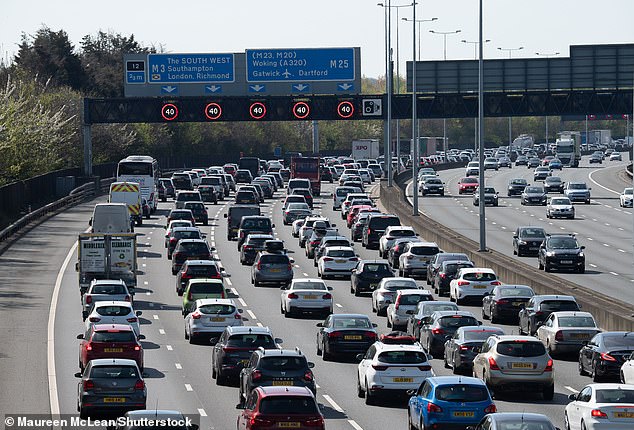 Motoring experts last night accused retailers of ‘heartless overcharging’ by failing to pass on big falls in wholesale prices. That makes a full tank £84 – £4 up in a year. Filling up has become much more expensive despite wholesale prices falling back to the same levels as last year and fuel duty being cut by 5p a litre in March.

Analysis by the RAC suggests petrol should be 15p a litre cheaper. Spokesman Simon Williams said: ‘With the cost of living crisis making this one of the toughest Christmases on record, it is even more galling to know drivers are being heartlessly overcharged for fuel, making this the most expensive ever festive getaway on the roads.

‘The big four supermarkets, which dominate fuel retailing, have refused to significantly lower their forecourt prices to reflect what’s happened with the substantial reduction in the price of wholesale fuel they are enjoying.

‘We now have a bizarre situation where many smaller independent retailers are charging far less for their fuel than the supermarkets.

‘We urge the supermarkets to properly cut their petrol and diesel prices to give drivers the Christmas present they deserve.’

Millions more motorists than usual are expected on the roads because of the chaos on the railways. Around 34million car journeys are expected to be clocked up on Friday and Saturday. Diesel wholesale prices have dropped to 126p a litre, only 14p more expensive than last Christmas, and the RAC says this means the price at the pump should be 13p lower. 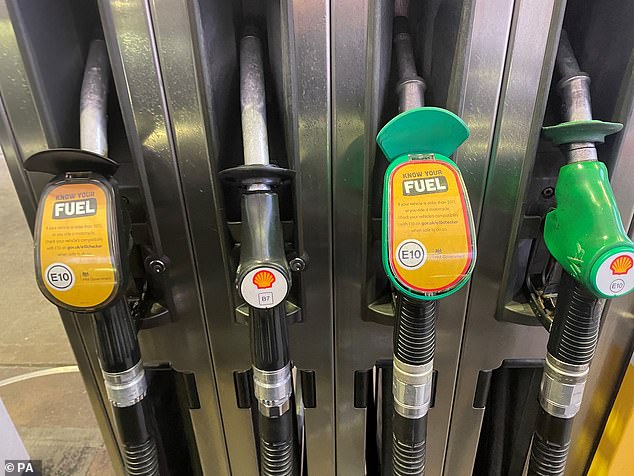 The figures will pile pressure on Rishi Sunak to come clean over fuel duty after he refused to rule out a 12p-a-litre increase next year. Giving evidence to MPs on Tuesday, the Prime Minister was challenged over figures buried in last month’s Budget documents, which suggest such a hike has been pencilled in to raise an extra £5.7billion from motorists.

Mr Cox added: ‘The senseless will-he-or-won’t-he political shenanigans that seem to bring delight to both these out-of-touch rich politicians brings nothing but uncertainty to businesses, the UK’s drivers and the economy.

‘Why would any chancellor sanction a tax rise that would shrink the economy, increase inflation, and add more to the dole queue?’ 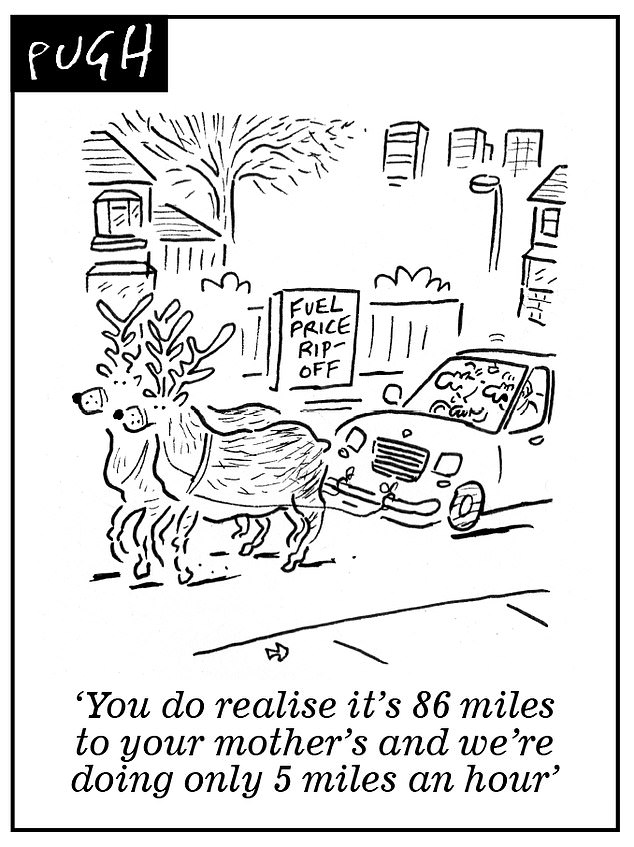 A report this month by the competition watchdog found that retailers may be ripping off drivers with ‘rocket and feather’ pricing. This is where they are quick to pass on rising wholesale fuel costs and slow to pass on the savings when they fall. Analysts at the Competition and Markets Authority found average margins had risen by up to 4p a litre in just five years.

The report said further investigation was needed to find out whether this uplift was the fault of excessive pricing. 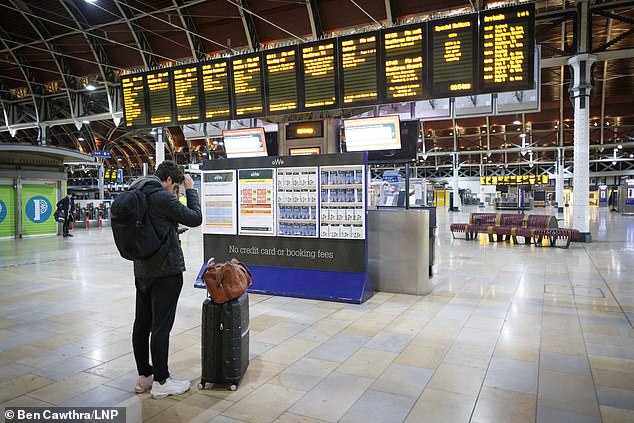 The Daily Mail has repeatedly high – lighted how falling wholesale costs have thrown up glaring price differences at forecourts around the country. The potential fuel duty increase next year comprises an automatic inflation-linked rise of 7p a litre, combined with the end of a temporary 5p cut introduced by Mr Sunak when he was chancellor.

Whitehall sources say the inflation-linked rise – which has been cancelled for each of the past ten years – was likely to be scrapped again, but the temporary 5p cut would come to an end. Prices earlier this year hit a record 191.5p a litre for unleaded and 199.09 for diesel in what has been a punishing period for motorists.

He said they had been forced to increase margins because of higher running costs, such as soaring electricity bills.