Millions tune in for World Cup final between Argentina and France

Will France or Argentina take World Cup glory? Fans and VIPs pack into stadium for final of football’s greatest showpiece as Lionel Messi and Kylian Mbappé go head-to head in bid to be crowned champions of the world

Thousands of fans and VIPs have packed into the Lusail Stadium in Doha to watch the World Cup final between Argentina and France.

They, along with millions across the world, will be tuning in to see who comes out on top as two of the sports greatest players – Lionel Messi and Kylian Mbappe – fight it out to become world champions.

Argentine fans outnumbered the French supporters by around 90 per cent in the 89,000-seater stadium for footall’s greatest showpiece.

The match sees the reigning champions France look to become the first team in more than 60 years to retain the title, with young superstar Mbappe looking to become a two-time world champion two days before his 24th birthday.

Meanwhile the hopes and dreams of millions of Argentinian’s will rest on Lionel Messi, who will look to bookend his magnificent career with the one title that has eluded him, and cement his place as the greatest to ever play the game.

France’s team emerged from their team bus quietly while Argentine’s players including talisman Messi sang and danced around their bus, much to the bemusement of their Sikh driver whose turban was the same colour as the South Americans light blue.

Messi was last off the bus and first onto the pitch for the warm up and received the loudest reception while Mbappe was cheered loudly by the French supporters massed behind a goal. 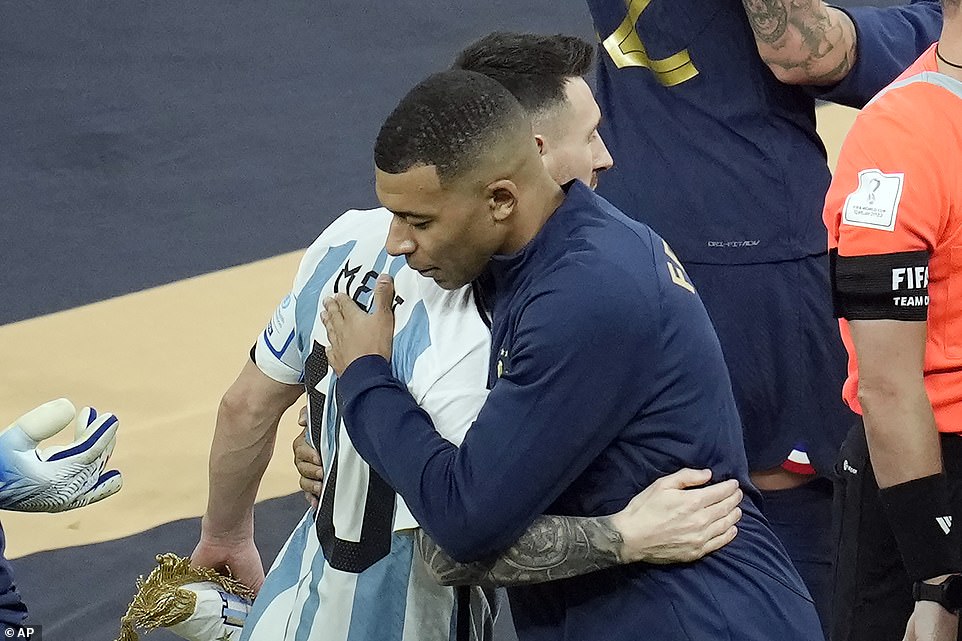 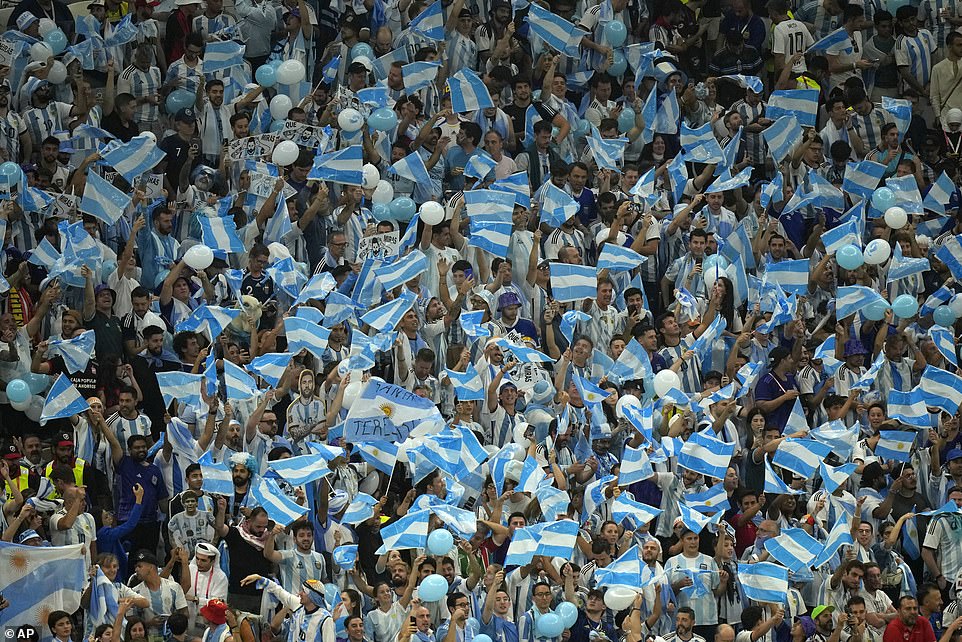 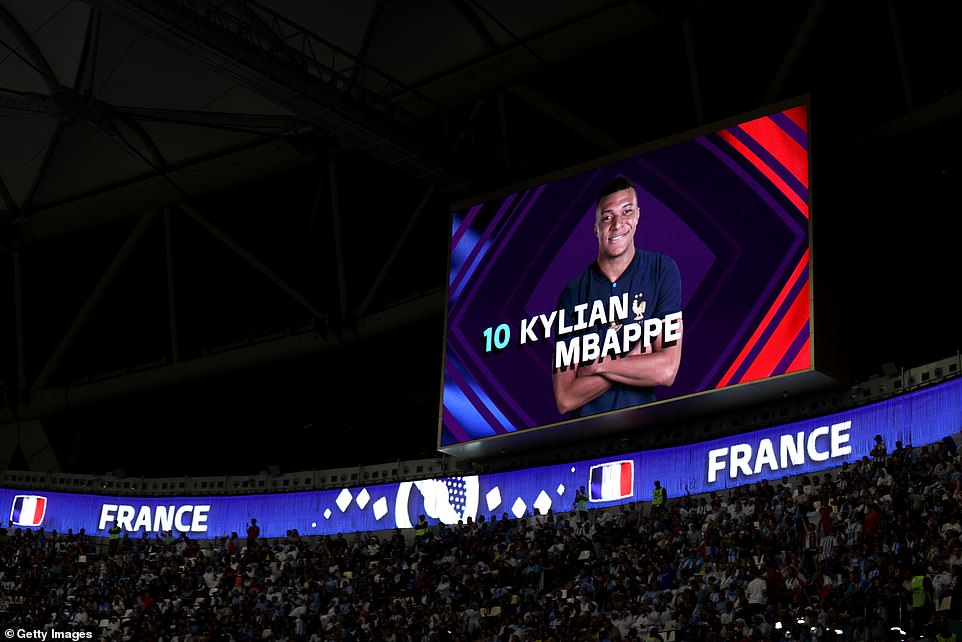 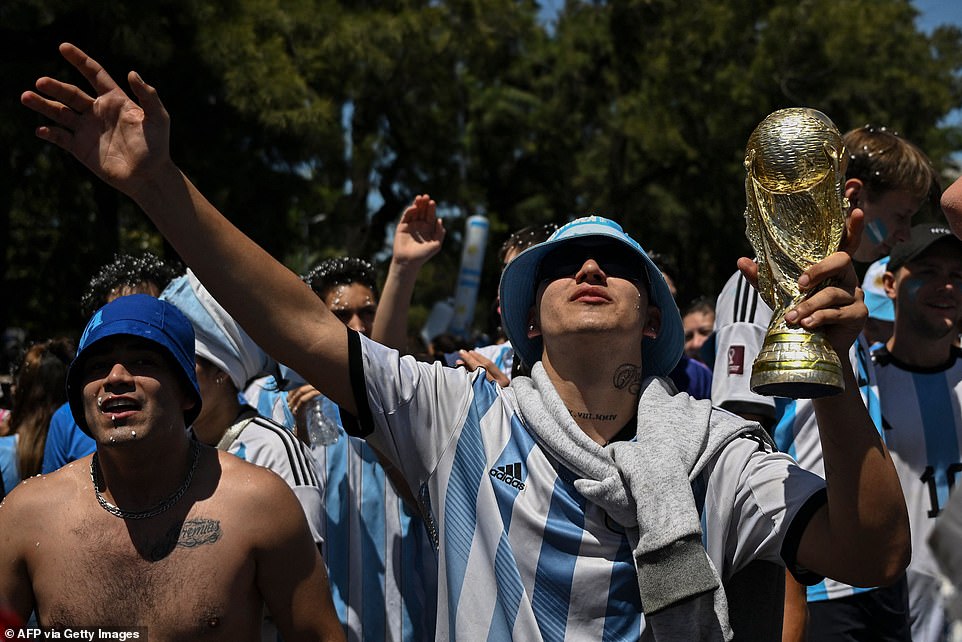 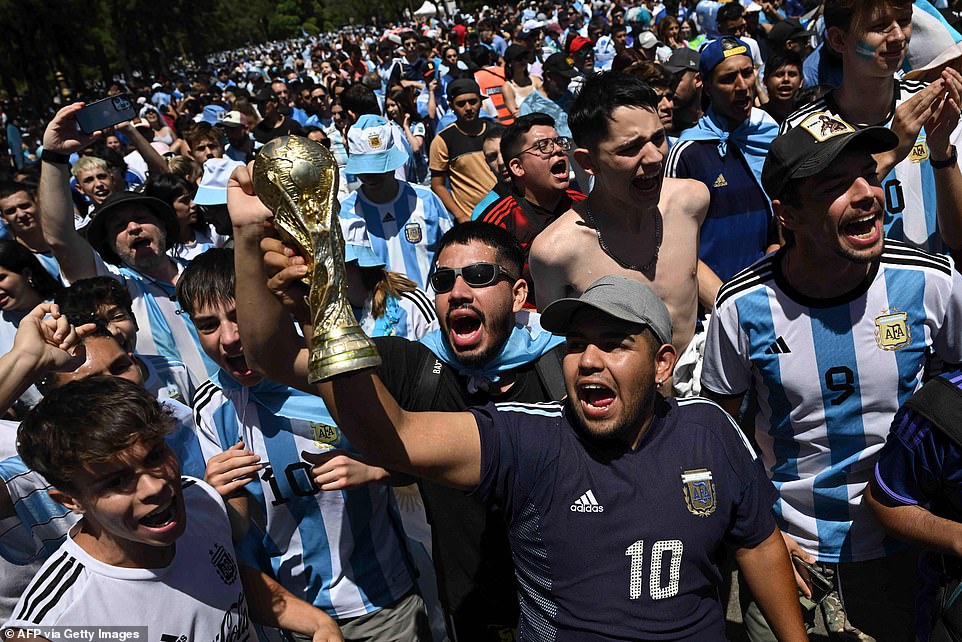 The World Cup final is the 64th match of the tournament for which around £180 billion has been spent on to stage by Qatar.

Tickets were being sold on the black market for up to £5,000 a few hours before kick-off.

French President Emmanuel Macron, who was present at the last World Cup final and celebrated with players in the locker room when France beat Croatia 4-2, is at the Lusail stadium this time around too.

About 45 minutes before kickoff, Macron was chatting in the VIP section with Swedish striker Zlatan Ibrahimovic, who played for four seasons at Paris Saint-Germain, and France midfielder Paul Pogba, who has had to watch the entire World Cup from the sidelines due to an injury.

Pogba scored in the final when France won the 2018 World Cup but was not fit for selection at this tournament.

In a poignant moment before kick-off, fans were shown a tribute on stadium screens to past World Cup winners who have died since the last tournament in 2018 and these included England’s Roger Hunt and Nobby Stiles who died in October 2020.

But a better moment for any England fan inside the stadium was when Sir Geoff Hurst’s third goal in the World Cup Final of 1966 was screened on the four giant screens. 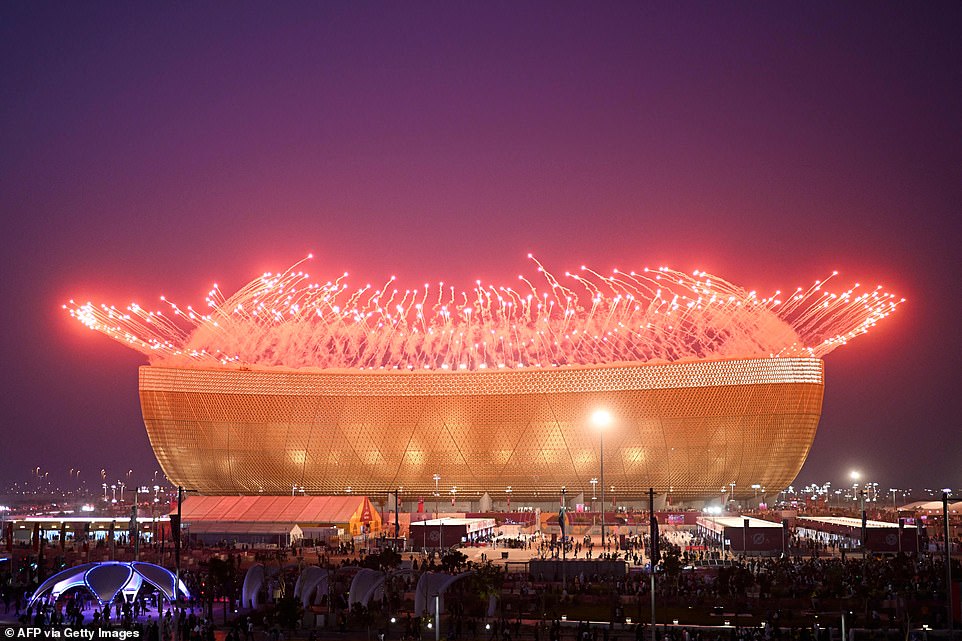 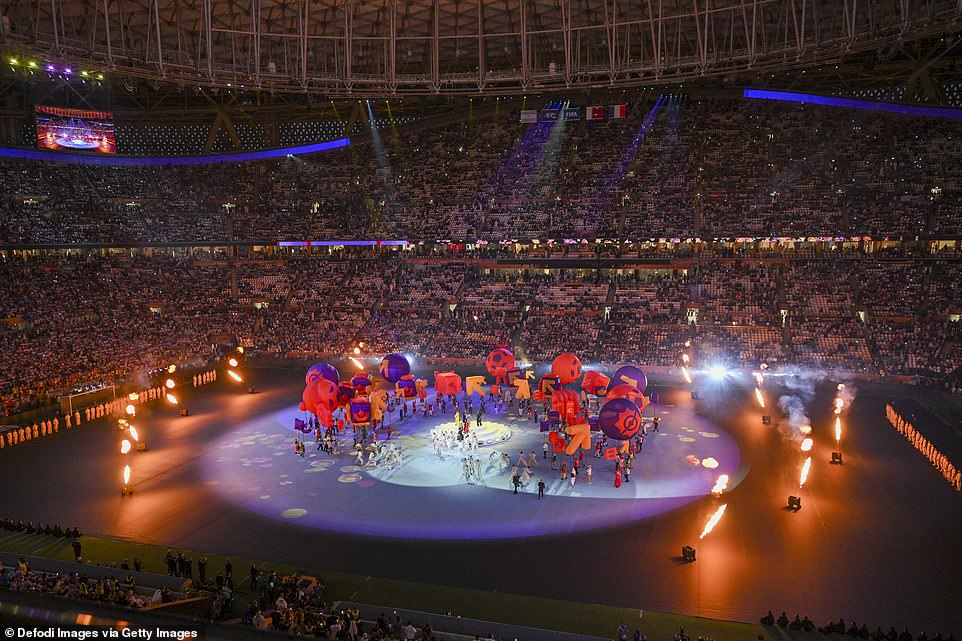 Lionel Messi will captain the Argentines in their World Cup final clash with holders France at Lusail Stadium.

The 35-year-old set a new record for most World Cup appearances as he lined up for the 26th – and probably last – time looking to lift the trophy that has so far eluded him.

Angel Di Maria, who missed the 2014 final defeat to Germany through injury, replaced Leandro Paredes in the only change made by head coach Lionel Scaloni from their semi-final win over Croatia.

Reigning champions France have been dealing with an illness within their camp.

However, Didier Deschamps was able to welcome back both Dayot Upamecano and Adrien Rabiot into their starting line-up after the pair were ruled out of the semi-final win over Morocco.

That meant Irbrahima Konate and Youssef Fofana dropped to the bench as Les Bleus named the same XI that started the 2-1 quarter-final win over England.