MEGHAN MCCAIN: Even Obama can’t save this president. Tuesday’s disastrous photo-op only reminded the world that our confused commander-in-chief appears to be serving the office in name only

Former President Barack Obama visited the White House on Tuesday for the first time since leaving office in 2017.

He was appearing for a healthcare event, where among other things, they discussed new initiatives to lower the cost of perspective drugs and touted the bona fides of the Affordable Care Act, which for anyone who has forgotten, passed while President Obama was in office, not President Biden.

I’m sure it was supposed to be a very straight-forward event and in many ways it was.

Who doesn’t love a harmless throwback, a bit of nostalgia for a time before the chaos of the Trump administration and the emotional and economic malaise of the Biden administration?

But like most of Biden’s public events these days, it quickly became a humiliating and dangerous reminder for America and the world – that Biden often appears to be President of the United States in name only.

If you are a Democrat or even an Independent, you more than likely have a fondness and appreciation for Obama.

I would argue the only person on the left more valuable to Democrats would be his wife and our former first lady Michelle Obama.

The Obamas will always be politically valuable to Democrats when they need an image boost. And unless you have been living under a rock, you know that Biden is in desperate need of a boost right now. 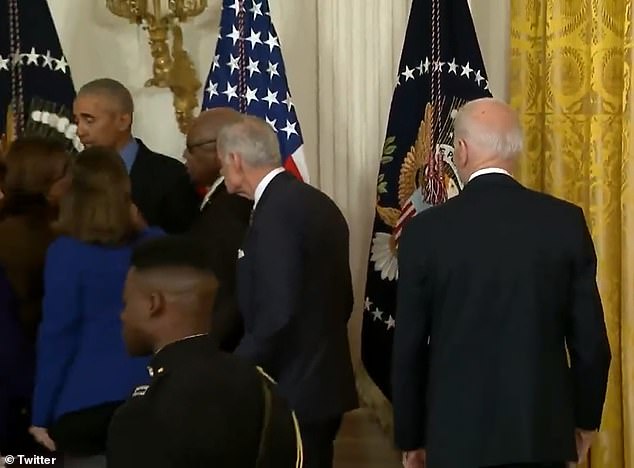 Like most of Biden’s public events these days, it quickly became a humiliating and dangerous reminder for America and the world – that Biden often appears to be President of the United States in name only. 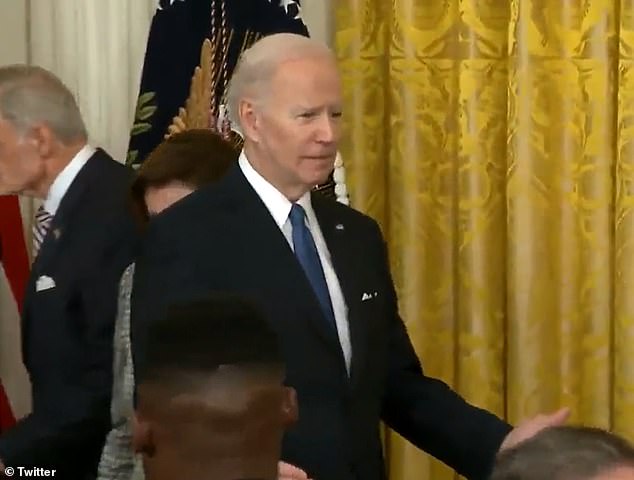 Video started circulating widely on social media and in political news showing Biden seemingly wandering around the event room alone with no one wanting to speak to him.

Tuesday’s event should have produced images of a celebration of a past president and the current one. It was a slam dunk.

But instead, video started circulating widely on social media and in political news showing Biden seemingly wandering around the event room alone with no one wanting to speak to him.

Obama on the other hand is swarmed like the political rockstar he always fashioned himself to be.

If you didn’t know any better, you would assume he was still the president and not Biden.

At one point, Obama appeared to mistakenly refer to Biden as his ‘vice president.’ Biden turned to him and saluted.

Obama gamely played it off as a joke – but was it?

In another video, Biden desperately grasped at Obama’s shoulder, but the former president goes on chatting – as the current commander-in-chief tries to get his attention.

Let’s face it — there’s a reason everyone in the White House wanted to talk to Obama and not Biden, secretly they all wish they were still working for him.

If this were one of a few videos of Biden looking disorganized, somewhat confused, and frankly pathetic, I would let it go.

Things happen and presidents are people.

However, I have seen so many videos like this making the rounds since he was elected that I can’t even possibly begin to count them up.

And the reality is that optics are one of the most important things in politics. I don’t make the rules, I just know how to play by them.

What you signal while in office, how you present yourself to the country and how you look — all of these things matter. 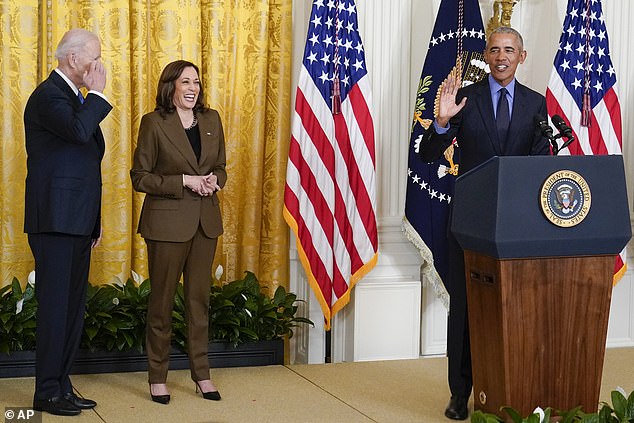 That’s why there is always a team of advisors, strategists, a comms shop and an advance team to help you out.

But honestly, I don’t know how this media team continues to earn a paycheck.

But more often than not, Biden’s messaging is undermined by something self-inflicted like this. And make no mistake this matters.

Our enemies, and specifically adversaries like Russian President Vladimir Putin and President Xi of China see all this and they are paying close attention.

Obama got away with advocating for an agenda of American weakness because he appeared to be a strong leader.

Biden simply has neither an agenda or a strong presence. And the weaker and more fragile Biden looks, so does our country.

No matter which side of the aisle you are on, this should concern all of us.

Why his staff is not doing anything and everything possible to showcase and produce exemplary events for Biden right now, I may never know.

This is either a failure of staff or frighteningly it is something that has spiraled completely out of their control.

Again, if these instances were few and far between, or hell, even just once every other week at this point, I would have a lot more generosity.

But Biden has a hard time getting through any event without some kind of distraction or error.

The White House must realize the self-inflicted damage that Biden is doing not only to his flailing administration but our country as well. The truly troubling realization is that they likely can’t do anything about it.

I want President Biden to succeed because I want America to succeed. He is a fundamentally decent and compassionate person, which is one of the reasons he became president in the first place.

Fundamentally decent and compassionate people can also be strong and intimidating to the rest of the world.

As the war in Ukraine continues to rage on and Putin shows no signs of stopping we need to show strength against dictators, fascists, communists and human rights violations globally.

I worry that Americans are becoming desensitized to all of this. We are becoming conditioned to images of weakness and incompetence, which say what you will, is bad for the American public.

Jimmy Carter is historically associated with weakness, and this is now what is happening to Biden.

His administration should take this seriously and turn the ship immediately – if they can.