Amar Shabazz, 23, allegedly bought the cards through a foreign online marketplace and advertised to sell them on several social media platforms.

“Covid19 vaccination card who want one,” Shabazz wrote on one account according to the charges filed against him. “$75 a pop.” 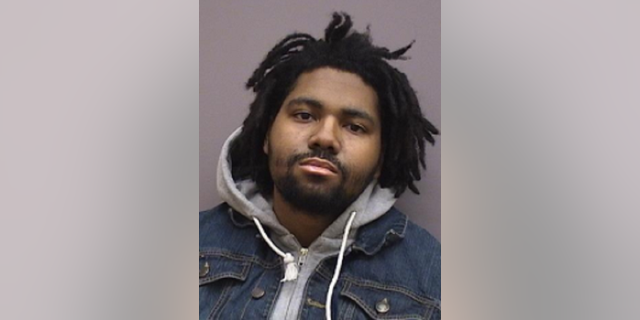 He continued to promote the cards over the following month, commenting on articles about vaccine requirements and restrictions at bars and restaurants, according to a criminal complaint. He allegedly messaged individuals to tell them he was sold out on multiple occasions.

The messages indicate that he ordered at least two batches of the cards – one batch of 300 and another of 500.

Shabazz ordered another batch from the same website that arrived at his home on Aug. 31. He allegedly posted a picture of the cards, promoting them for $70 per card. 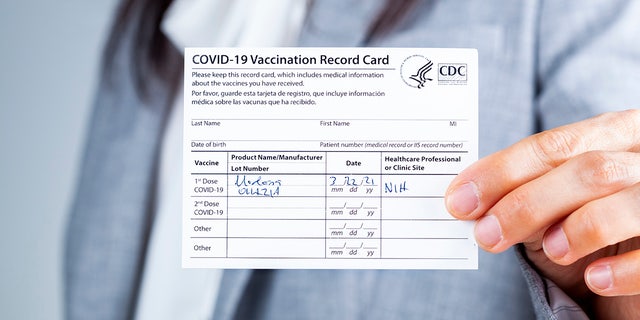 Clarksburg, MD, USA 03-29-2021: A caucasian businesswoman is showing her CDC issued COVID vaccination record card as a proof of immunization. It has the date and lot number on it.

But investigators had already started investigating Shabazz and his operation, interviewing a number of individuals who purchased the fake cards.

The investigation led to law enforcement searching Shabazz’s basement on Oct. 1. Shabazz had a list titled “Things I’m doing when I get out (updated).” The list included steps to “getting money illegally,” such as buying a burner phone “for scamming” and consulting a lawyer for tips on what “not to do.”

Shabazz had allegedly looked into deleting his account on the market website and had already deleted his email account. In September, he had researched “customs inspection packages vaccination cards” and watched videos of FBI agents investigating fake vaccination cards.

He appeared in court for his arraignment on Dec. 3.

Shabazz, who had served jail time for possession of child pornography, now faces a possible sentence of up to 20 years each for mail fraud and obstruction of justice if convicted in the vaccine cards case.