A man who deliberately drove his car into families celebrating carnival in Germany last year has been told he will spend the rest of his life in jail.

Maurice Pahler, 31, was handed the life term by a court in Kassel on Thursday, after being convicted of 89 counts of attempted murder over the February 24 attack.

Pahler had driven his Mercedes into crowds watching an annual Rose Monday parade in the town of Volkmarsen, central Germany, at 35mph – ploughing through bodies for 140ft and injuring 90 people, including 26 children, in the process. 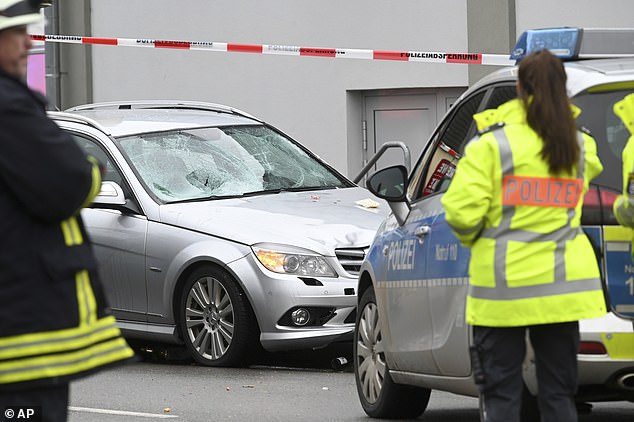 Maurice Pahler, 31, has been sentenced to life in jail after ramming his car into crowds at a carnival event in Germany last year – injuring 90 including 26 children 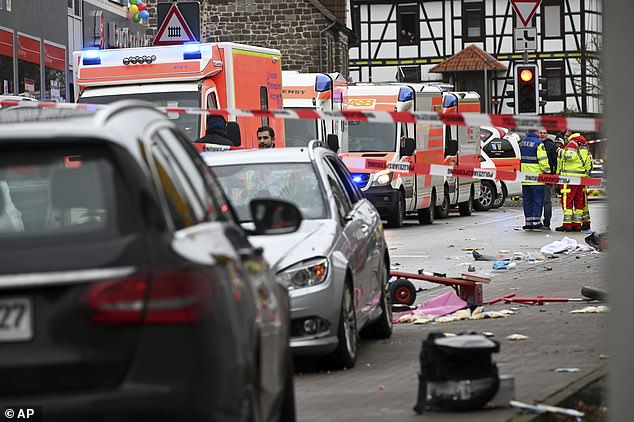 Pahler was convicted of 89 counts of attempted murder and 88 counts of serious bodily harm, with prosecutors saying he planned the attack and bought a dash cam to film it

Fortunately, nobody was killed – but prosecutors said Pahler’s aim had been to cause deaths and he had even bought a dashcam to live-stream the carnage.

No motive has ever been given for the attack, and prosecutors say Pahler – who is white – has refused to answer police questions. He did not testify during his trial.

Sentencing him, judges in Kassel told Pahler that his only chance of seeing the outside world again will be to cooperate with psychologists and explain his mindset.

If he does, then he will become eligible for parole after 25 years. Refusal to cooperate will mean a certainty of dying in prison.

Prosecutors told the court that Pahler had planned the attack, parking his car the day prior to the carnival in an area that would mean he was able to drive into spectators lining a parade route the following day without being stopped by police or barriers.

Around 2.40pm on the day of the parade, 35 minutes after the event had started, Pahler fired up his engine and drove into the crowds.

Witnesses described bodies being thrown into the air and littering the ground as cheers and waves at the parade turned to screams of terror.

The attack was only stopped when a 16-year-old girl managed to get Pahler’s car door open and pull the keys out of the ignition, Bild reports.

Crowds then dragged Pahler from the vehicle, with several people trying to lynch him on the spot.

Police managed to block the crowd, with one man heard urging an officer: ‘Give me your service weapon, I’ll do this!’

Pahler said nothing as he was arrested, gave no testimony in his defence – either during interview or at trial – and refused to cooperate with psychologists.

A psychological report presented in court said Pahler has narcissistic and paranoid-schizophrenic traits, but was otherwise sane when he carried out the attack.