THREE people have been confirmed dead after a luxury 25-storey skyscraper collapsed in an upscale area of Nigeria's largest city.

100 people are reported to be trapped in the rubble of the apartment building in Lagos which fell around 1.30pm today. 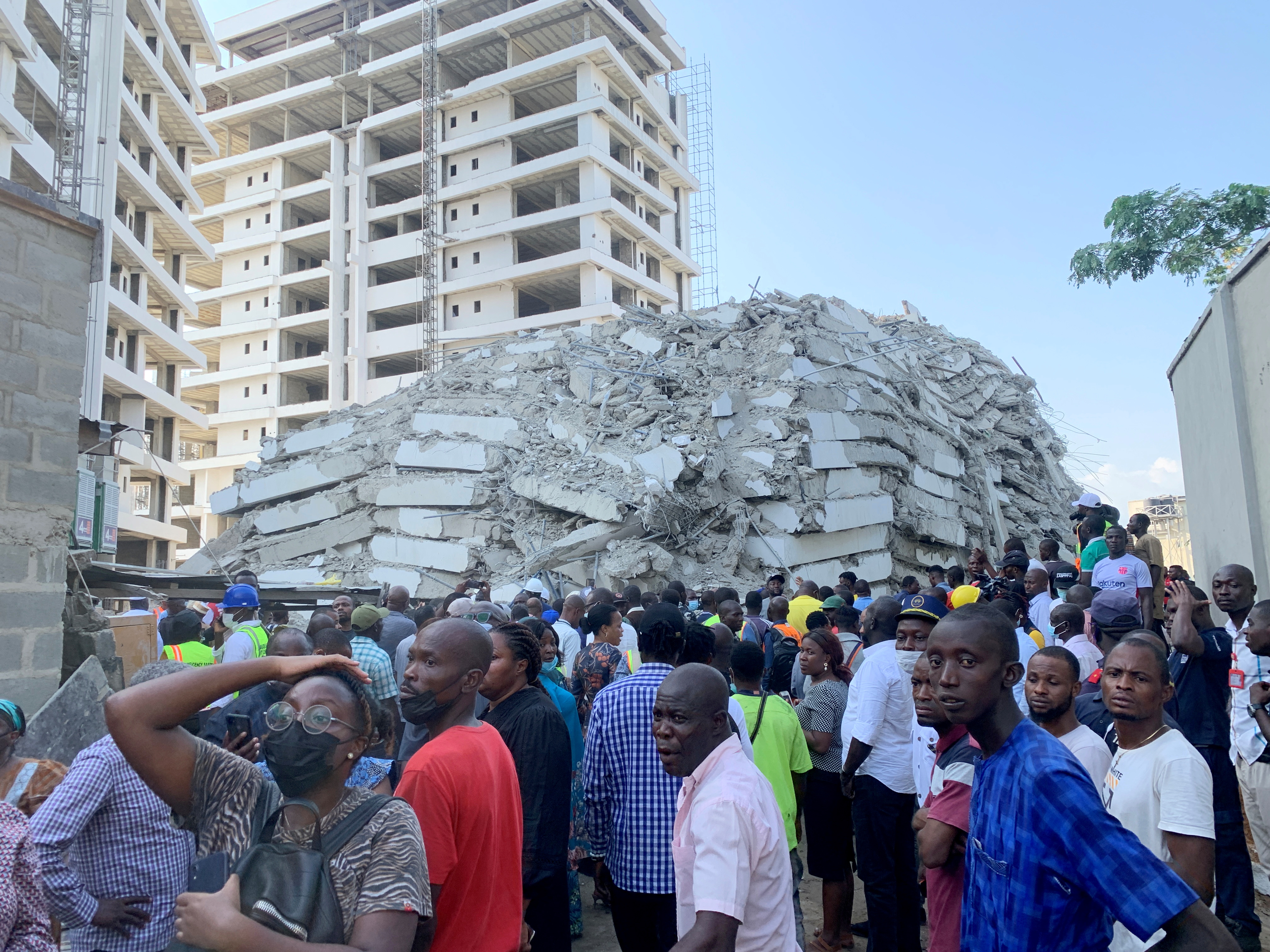 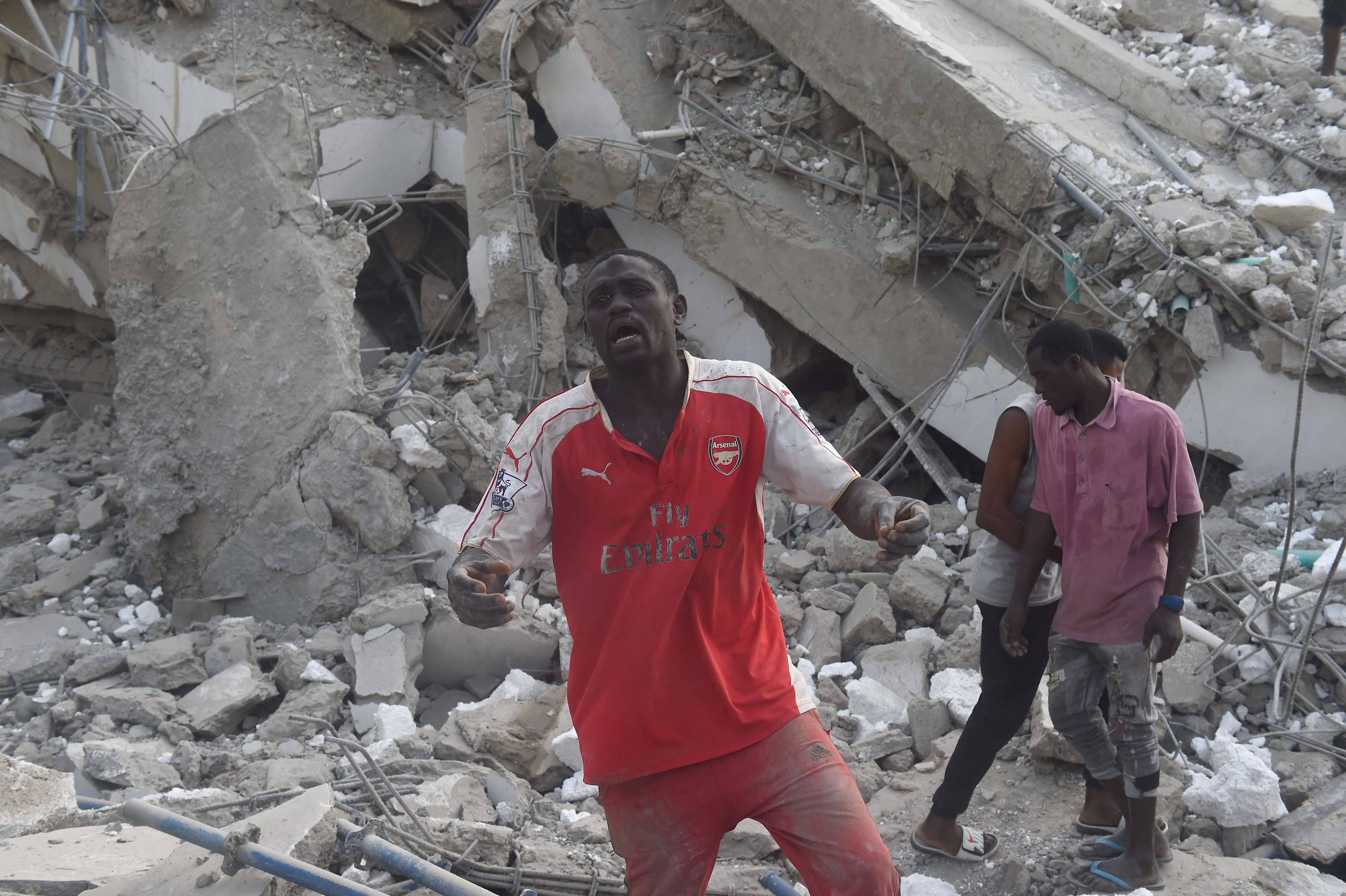 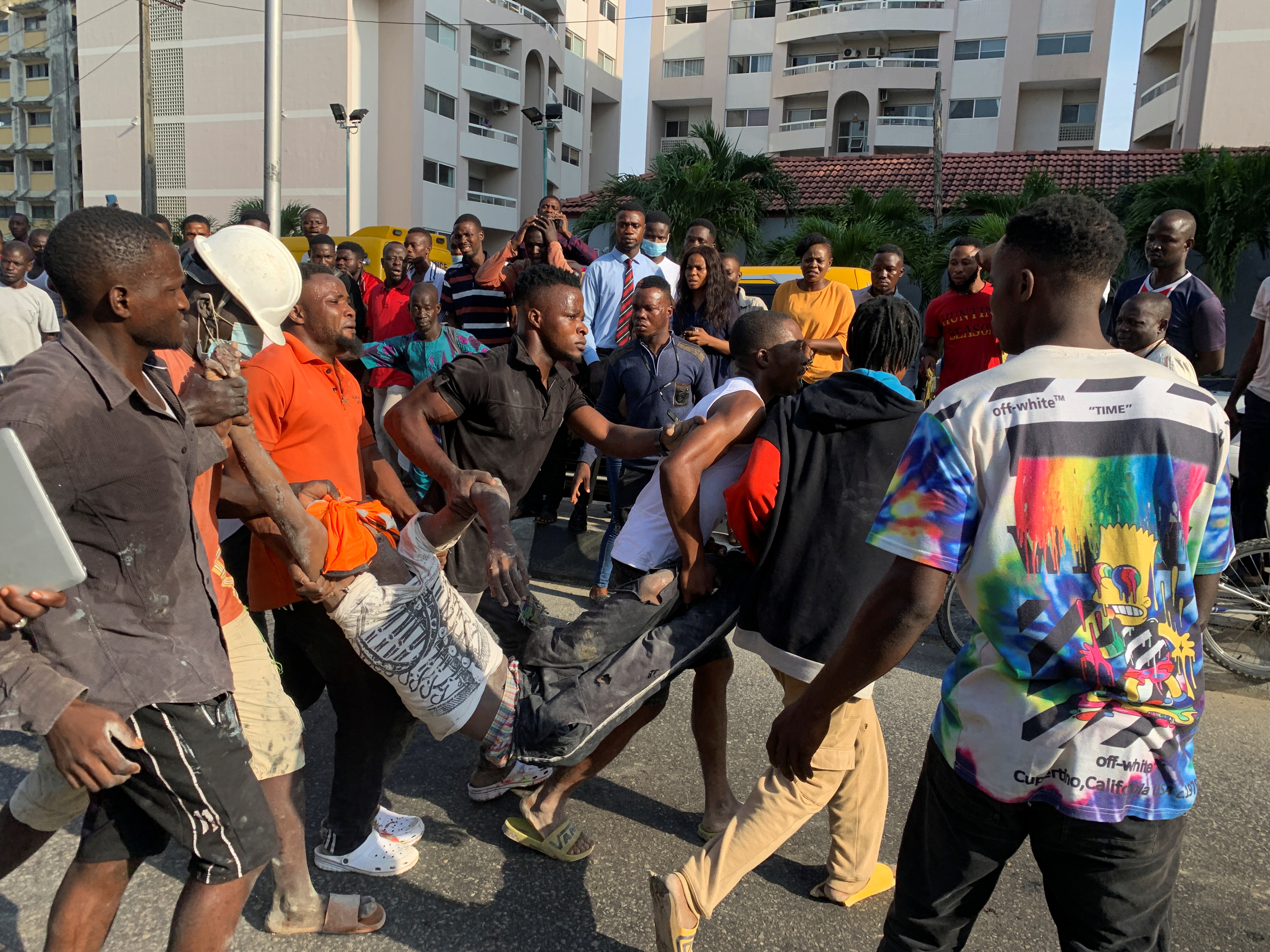 Rescue officials said many workers were caught inside the building when it crumbled, though they could not confirm the number of people trapped inside.

Near the collapse site, soldiers kept back a crowd of onlookers watching the rescue operation.

Dozens of local angry locals gathered at the site soon after the collapse with many crying and voicing their frustration over the slow pace of the rescue efforts.

Lagos State police commissioner Hakeem Olusegun Odumosu it was still too early to determine the cause of the collapse.

Wisdom John, 28, a bricklayer, said he escaped with just a few cuts because he had been on the ground floor when the building collapsed into a pile of concrete.

"There was more than 50 working today and the manager too," he said, sitting in an ambulance getting treated. "We just ran out."

The Ikoyi area is one of the wealthier residential and business districts in Lagos, Nigeria's densely populated major commercial city.

Construction worker Eric Tetteh said that he and his brother had managed to escape.

But he estimated that more than 100 people were inside the building at the time it crumbled into a pile of debris.

Four other construction workers at the site said dozens of their colleagues were inside when the building crumbled.

"Like 40 people were inside, I see 10 bodies because I climbed up," said Peter Ajagbe, 26, one local worker on the site.

"One of my partners is dead."

Taiwo Sule, 21, another worker, said he had seen five bodies on top of the collapsed building, where he had tried to help recover them.

Building collapses are common in Lagos and other parts of Africa's most populous country because of the use of sub-standard materials, negligence and the flouting of construction regulations.

In one of the worst building disasters, more than 100 people, mostly South Africans, died when a church guesthouse crumbled in Lagos in 2014. 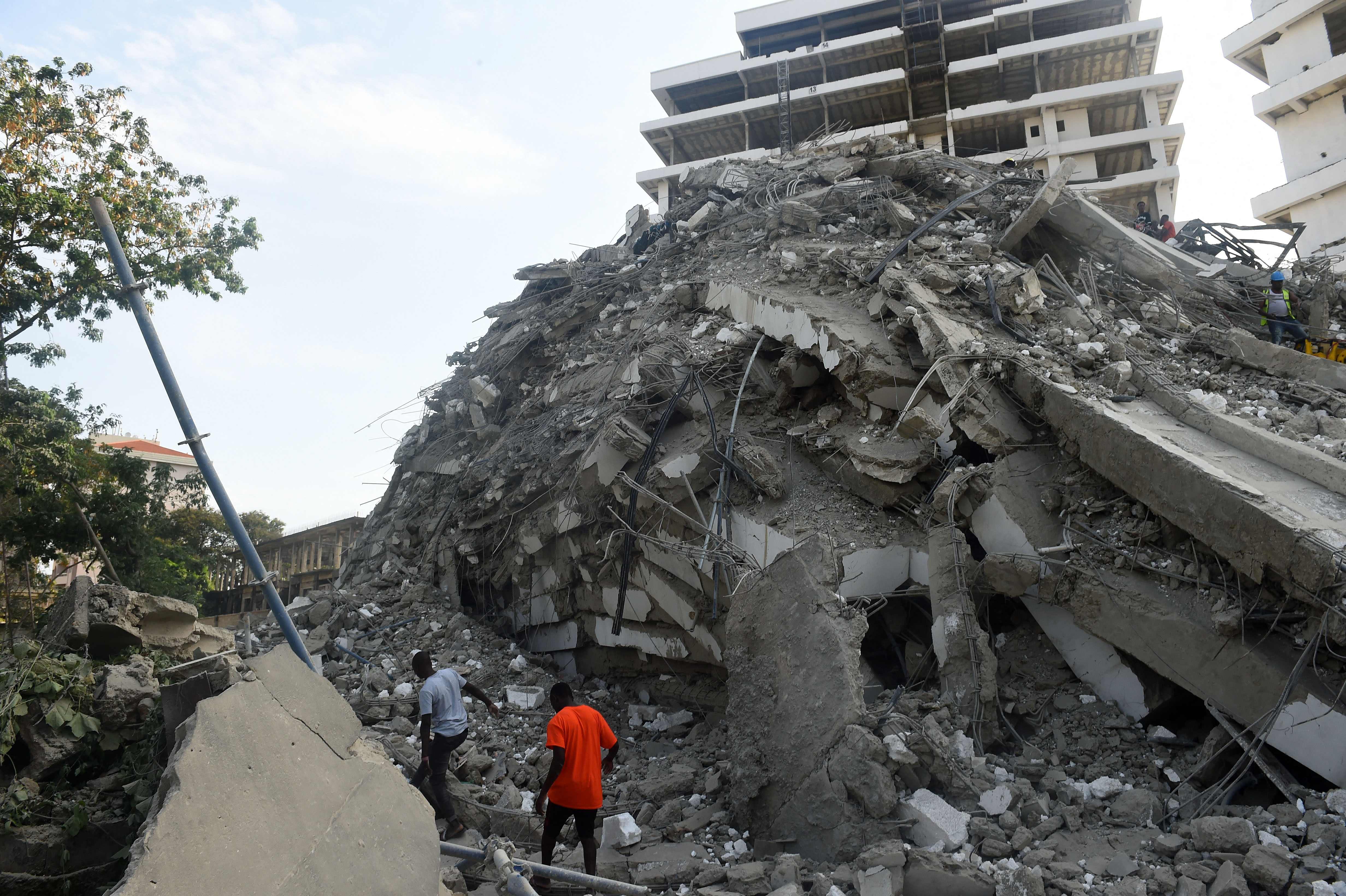 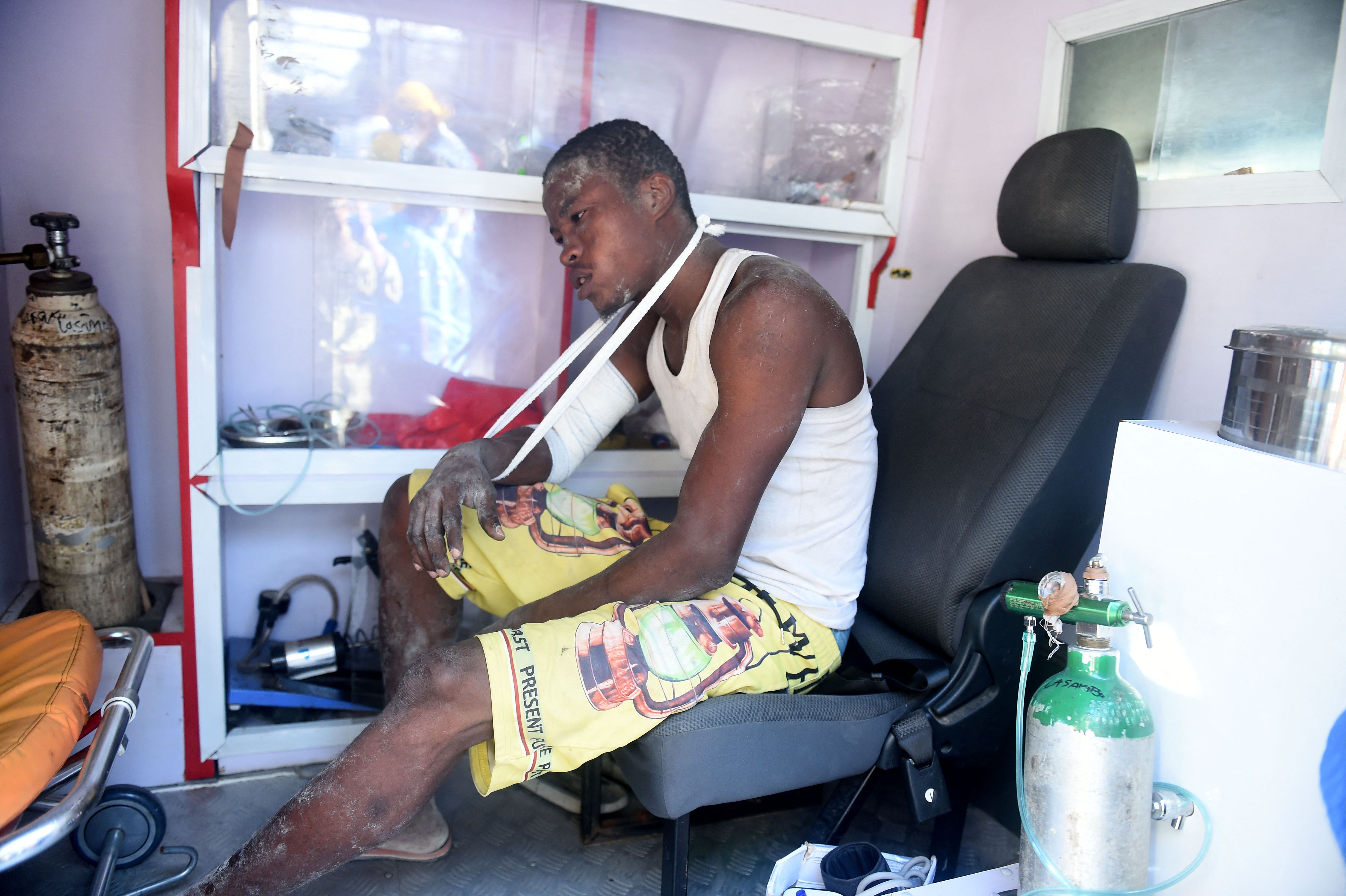