Liz Truss will accompany the King as he visits the four corners of the United Kingdom to lead the nation in mourning.

The Prime Minister will be by His Majesty’s side as he attends services in England, Scotland, Northern Ireland and Wales next week ahead of his mother’s funeral.

Her official spokesman told reporters: ‘In terms of the Prime Minister’s involvement, she will join the King as he leads the national mourning across the United Kingdom, attending services of reflection in Scotland on Monday afternoon, in Northern Ireland on Tuesday and Wales on Friday.’ 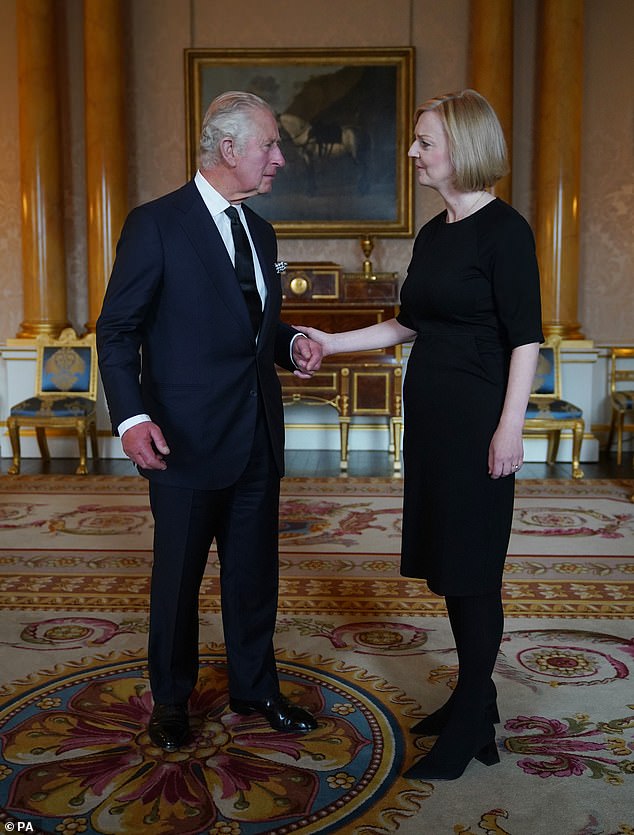 He said it would not be a formal or constitutional role but had been agreed by Downing Street and the Palace.

‘It’s not a requirement but the Prime Minister believes it’s important to be present for what is a significant moment of national mourning around the United Kingdom.’

The spokesman also said that the scale of planning the Queen’s funeral was ‘equivalent to the Olympics’ – but would need to be done in just ten days.

‘This is a significant event on a massive scale equivalent to the Olympics that needs to be arranged in around ten days so whilst a lot of pre-planning has already taken place, there is a great deal to achieve in a short period of time.’

Ms Truss led senior MPs in swearing an oath of allegiance to the new king in a special sitting in Parliament yesterday.

It came after members of the Cabinet had their first meeting with the King at Buckingham Palace just days after Ms Truss formed her new Government. 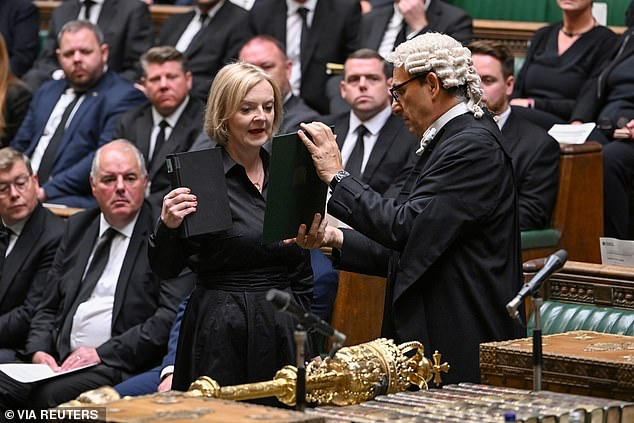 Ms Truss, who was invited to form a government by the late Queen on Tuesday, had her initial audience with the King on Friday.

The Prime Minister curtsied as she was ushered in by a Palace aide for the first of what will be their regular weekly encounters.

As she offered her condolences, the King shook her hand and thanked her, saying: ‘You are very kind for coming – I know how busy you are.’

He added: ‘But it’s been so touching this afternoon when we arrived here, all those people come to give their condolences.’ Ms Truss repeated: ‘Your Majesty, my very greatest sympathies.’

He replied: ‘You are very kind. It was the moment I have been dreading, as I know a lot of people have. We’ll try to keep everything going. Come, come have a seat.’

Earlier, the Prime Minister had led tributes to the Queen in the House of Commons as she urged the country to support their new Monarch. 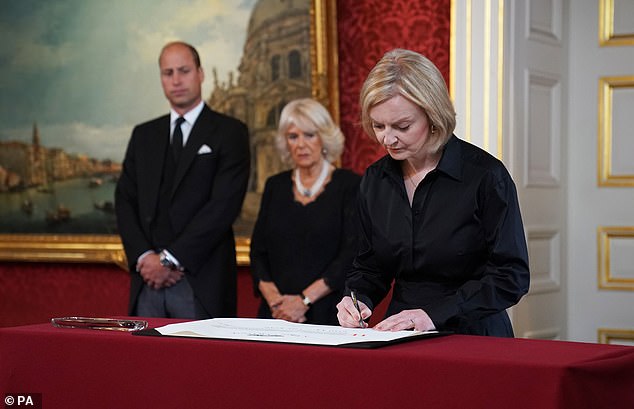 President Macron expressed his deepest condolences on the loss of Her Majesty Queen Elizabeth II.

‘The leaders agreed on the profound mark Her Majesty The Queen made not just on the UK but the world, and the Prime Minister thanked him for his words.’

Tomorrow the King will attend Parliament for the Presentation of Addresses.

The Prime Minister will have no formal role but will join him as he leads the mourning. He will then attend the Scottish Parliament for the first time as Monarch.