Dock workers will stage two weeks of strike action in a row over pay and jobs – just one week after their current strike is due to end.

Unite said almost 600 Liverpool port workers will walkout again from October 24 to November 7 – just a week after they return to work following the most recent industrial action.

An offer from port owner Peel Holdings was worth around 8.2 per cent and a real-terms wage cut because of inflation, the union said.

The company said the offer was worth over 10 per cent. 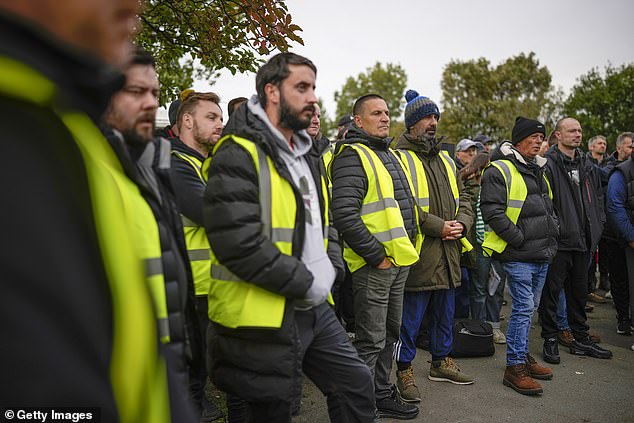 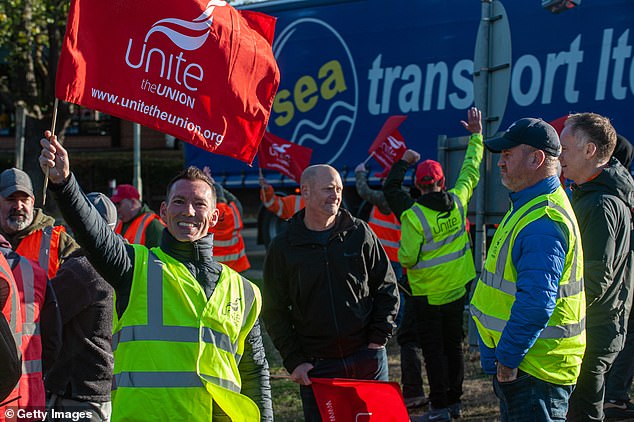 ‘It did so at Camel Laird so why not at Liverpool docks?

‘Instead of negotiations to resolve this dispute, the company has chosen to threaten jobs and repeatedly mislead about the deal it has tabled.

‘Our members are standing firm and have their union’s complete support.

‘The company must put forward a pay rise they can accept or this strike continues.’

Workers at the docks voted 99 per cent in favour of industrial action.

There are fears that the next round of strikes could cause shortages for goods being brought into the country ahead of Christmas.

The company said as well as the increased pay offer, each container operative will receive a once-off payment of £750.

David Huck, Chief Operating Officer, said: ‘I am deeply disappointed Unite has rejected our significant pay package after many months of negotiation. This is bad news for our employees, families and other local employers.

‘We fully recognise our colleagues’ concerns on the cost of living crisis, and that’s why we have responded with a pay package which represents a 10 per cent average increase in annual pay. 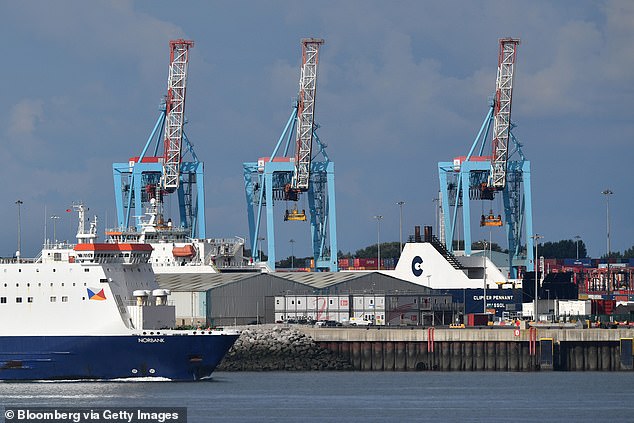 Peel Holdings, who own Liverpool Port, and Unite disagree about the size of the pay deal on offer. The company claims most port staff will see their wages increase by £4,000 a year, while the union say workers face a real-term pay cut due to surging inflation rates and the cost of living crisis

‘The Port of Liverpool is a major employer in the Liverpool City Region. We have invested more than £1.2b over the last decade, transforming the prosperity of the region, creating over 900 new skilled jobs and in turn supporting over 7,200 additional local jobs in the supply chain.

‘We urge the union to work with us at the negotiating table so together we can find a resolution.’

The firm said under the new deal, the average worker will see their pay increased by £4,000 a year – which will be back dated until June.

The company said they will also reduce the amount of night shift working by a quarter.

A spokesperson said: ‘The average salary for Container operatives would therefore increase to £43,000 per annum, significantly above the Liverpool City Region and national average

‘Basic pay has increased every year above inflation for over a decade and from 2013 by a range of between 43 to 53 per cent, an increase on inflation of between 16 and 26 per cent.’

‘The highest paid striking employees within the Containers Division at the Port of Liverpool earned up to £71,000 p.a. in the last trading year 2021/22.’

The company claims the union is demanding an overall pay increase of approximately 20 per cent. 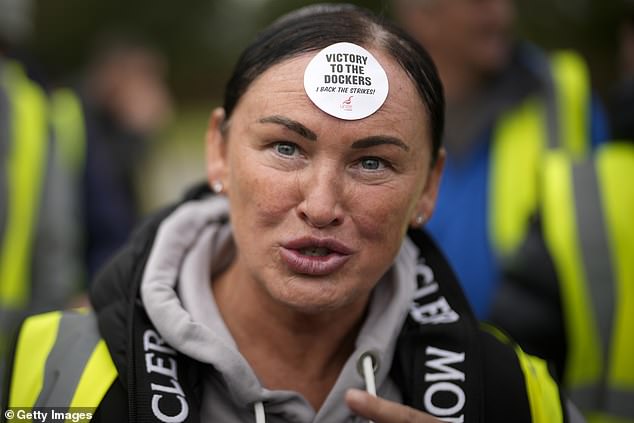 While announcing the new strike dates, Unite said their workers are facing a real-world pay cut due to surging inflation and the cost of living crisis

While announcing the new strike dates, Unite said their workers are facing a real-world pay cut due to surging inflation and the cost of living crisis.

A spokesperson said: ‘Since the strikes at the docks began on September 19, the workers have been subject to job threats despite plans to expand the port and untrue statements that they are being offered 10.2 per cent by the company. The real offer is around 8.2 per cent, a pay cut while the RPI inflation rate is at 12.3 per cent.

‘Now it has been revealed that the company, which has paid out £300 million in dividends over the last five years and recently recorded pre-tax profits of £141 million, has agreed to pay its workers at shipbuilder Camel Laird in Birkenhead an 11 per cent increase.’

Unite national coordinating officer for free ports, Steven Gerrard, said: ‘If Peel had genuinely offered 10.2 per cent to all grades, we would ballot our members. But they haven’t, nor have they addressed their failure to implement 2021’s pay agreement.

‘Our members won’t put up with being treated as the second-class employees of the group. Unite’s message to Peel is “stop the threats and misleading statements and put a proper offer on the table”.’