King Charles to address a nation in mourning

BALMORAL, Scotland (Reuters) – Britain’s King Charles will address a nation in mourning on Friday following the death of his mother Queen Elizabeth, the only monarch most Britons ever knew.

Charles, who raced to be by the side of the queen at her Scottish home on Thursday, was due to travel back to London with his wife Camilla, now Queen Consort, before meeting the prime minister and making a televised statement.

The death of the queen, Britain’s longest-reigning monarch and a towering presence on the world stage for seven decades, has drawn condolences from around the world.

Waking to their first day without a woman once described by her grandson Harry as “the nation’s grandmother”, members of the public began gathering again outside Buckingham Palace to lay flowers and take photos of the growing memorial there.

Billboards across the city displayed messages of condolence and newspapers ran front-page photo tributes to the queen.

At the remote Balmoral Castle in Scotland where she died on Thursday and where her family are gathered, people also arrived to pay their respects. 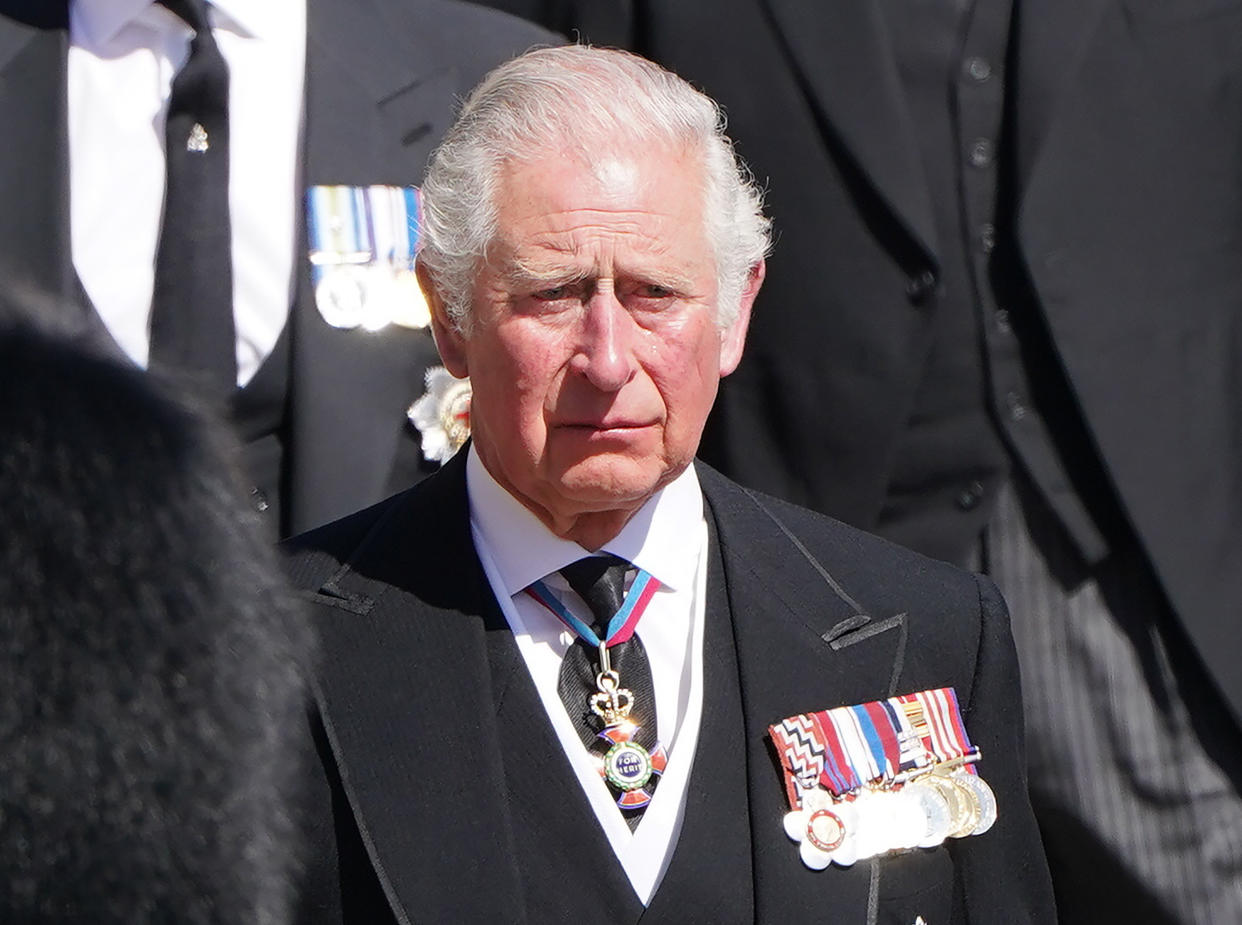 “She was more than just a British icon, she was a global icon,” said Toni Guffrey, a 55-year-old government employee from Tennessee, who was on holiday nearby. She and her daughters brought flowers to the castle gates.

“All Americans loved the queen. She will be remembered for a life of selfless public service and her dedication to this country.”

Elizabeth was head of state of the United Kingdom and 14 other realms including Australia, Canada, Jamaica, New Zealand and Papua New Guinea.

Charles, who automatically succeeded her, said the death was a moment of great sadness for himself and his family.

“We mourn profoundly the passing of a cherished Sovereign and a much-loved mother. I know her loss will be deeply felt throughout the country, the Realms and the Commonwealth, and by countless people around the world,” the 73-year-old said in a statement.

He is expected to meet Prime Minister Liz Truss on Friday before later addressing the country. There will also be gun salutes.

Family members rushed to Scotland after doctors issued a statement

Regular business in parliament was scrapped and replaced with a special session for lawmakers to pay tribute to the queen, due to start at 1100 GMT. Parliament will also convene on Saturday, something it rarely does, and will approve a formal message of condolence to the king.

News that the queen’s health was deteriorating emerged shortly after midday on Thursday when her doctors said in a statement that she was under medical supervision, prompting her family to rush to Scotland.

The queen had been suffering from what Buckingham Palace had called “episodic mobility problems” since the end of last year, forcing her to withdraw from nearly all her public engagements. Her husband of 73 years, Prince Philip, died in 2021.

Her last public duty came only on Tuesday, when she appointed Truss prime minister – the 15th of her reign.

“The death of Her Majesty the Queen is a huge shock to the nation and to the world,” Truss said outside her Downing Street office where the flag, like those at royal palaces and government buildings across Britain, were lowered.

“Through thick and thin, Queen Elizabeth II provided us with the stability and the strength that we needed. She was the very spirit of Great Britain – and that spirit will endure.”

Trade unions cancelled planned strikes and the BBC national broadcaster said that “as a mark of respect” it had called off its remaining ‘Proms’ concerts – whose patriotic, flag-waving finale was due to take place on Saturday.

The news stunned not only people in Britain, with condolences pouring in from leaders around the world.

“Her legacy will loom large in the pages of British history, and in the story of our world,” President Biden said in a statement.

Queen Elizabeth II, who was also the world’s oldest and longest-serving head of state, came to the throne following the death of her father King George VI on Feb. 6, 1952, when she was just 25.

She was crowned in June the following year. The first televised coronation was a foretaste of a new world in which the lives of the royals were to become increasingly scrutinised by the media.

“I have in sincerity pledged myself to your service, as so many of you are pledged to mine. Throughout all my life and with all my heart I shall strive to be worthy of your trust,” she said in a speech to her subjects on her coronation day.

Elizabeth became monarch at a time when Britain still retained much of its old empire with Winston Churchill her prime minister, while Josef Stalin led the Soviet Union and the Korean War was raging.

Bereft of its symbol of continuity and resilience, Britain begins its new era in grave economic crisis, marked by ructions with Europe and a populace disaffected by years of political strife and scandal.