KIMBERLY Guilfoyle looks completely different in this throwback picture from 2004. 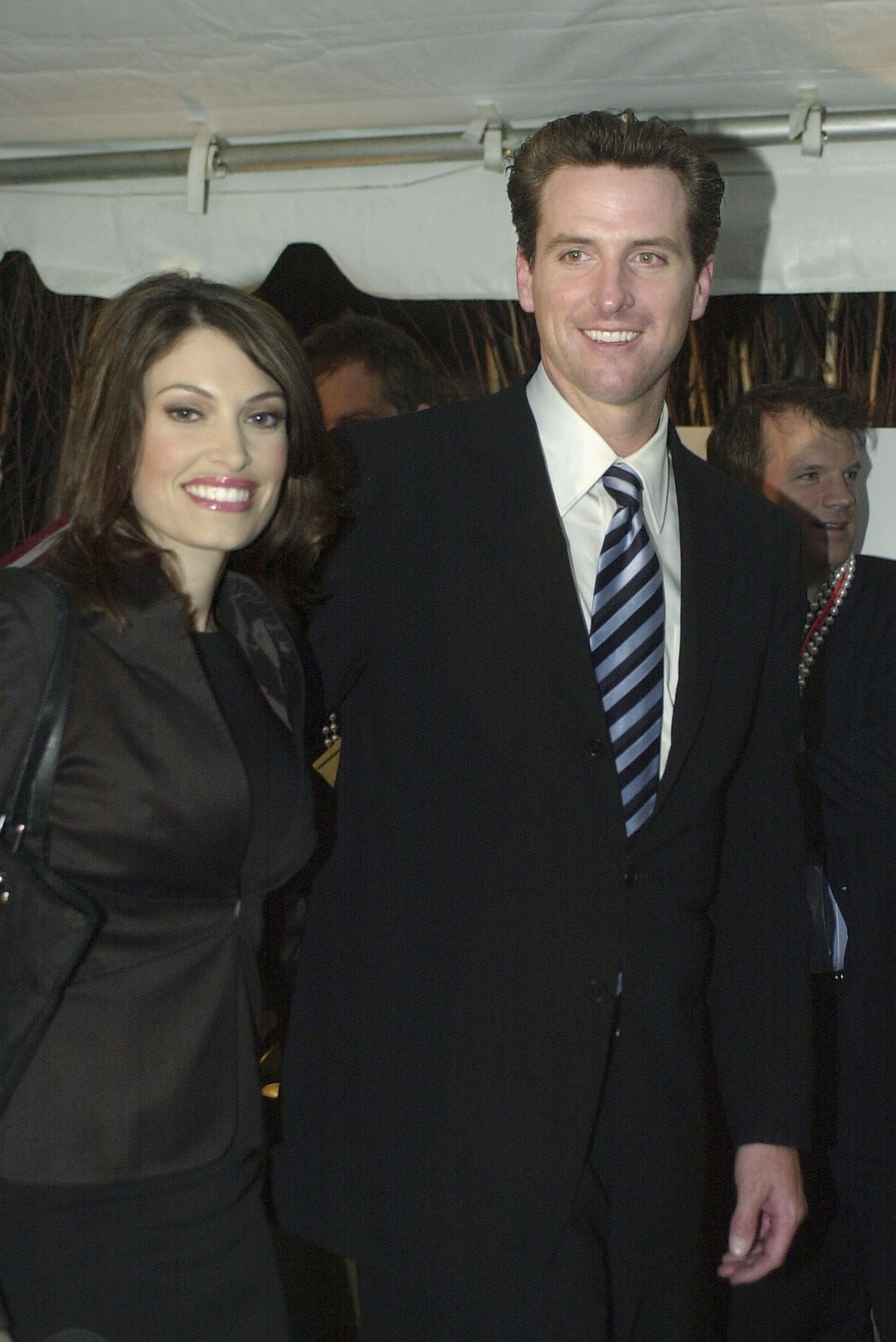 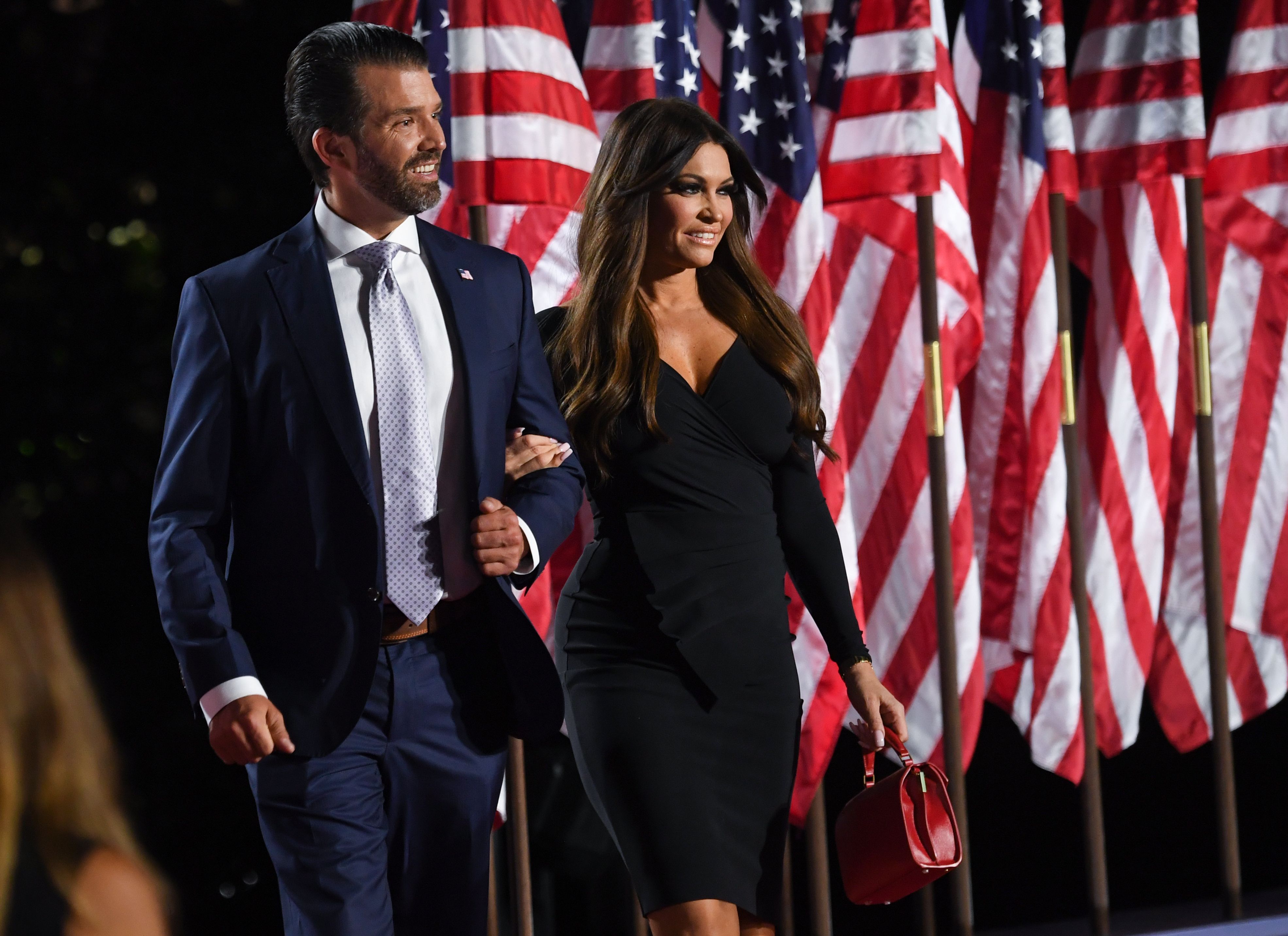 In a Harper's Bazaar spread from 2004 called "The New Kennedys," Guilfoyle and her then-husband Gavin Newsom lounge on a rug, looking very polished.

In the photo, the former couple is dressed for a formal evening.

Guilfoyle is wearing a sleeveless black dress, while Newsom dons a tieless tuxedo with an unbuttoned collar.

The aged story referred to the then-couple as "one of the most glamorous political unions since Jack and Jackie," referring to the Kennedys.

"Never forget that Kimberly Guilfoyle and her then-husband Gavin Newsom posed on a rug for a Harper's Bazaar story calling them 'The New Kennedys'" said the tweet.

Guilfoyle was married to the Democratic politician from 2001 to 2006. She was the first lady of San Francisco while he served as mayor.

After they divorced, she married her second husband Eric Villency in 2006.

However, the couple announced their split just three years later after having a son together.

Guilfoyle has a significant media presence as an American attorney and television news personality.

She previously co-hosted The Five on Fox News.

The pair reportedly became friends as their children went to the same private school in Manhattan, according to the Washington Post.

Guilfoyle had been friends with the Trump family for years, and was reportedly in talks to become the White House press secretary.

Three months after Trump Jr.'s ex-wife Vanessa filed for divorce in 2018, it was leaked that the couple was dating.

The pair became serious, even buying a mansion together in Mar-a-Lago.

However, the pair kept their engagement a secret for over a year.

The news comes after Guilfoyle shared an Instagram post featuring pictures of herself and Don Jr at his father's New Year's Eve gala celebration at Mar-a-Lago in Florida.

"Don, you are strong, smart, courageous, funny and the love of my life. I can’t wait to spend the rest of our lives together. Love you."

In the picture, Guilfoyle sports an 8-carat diamond ring on her engagement finger. 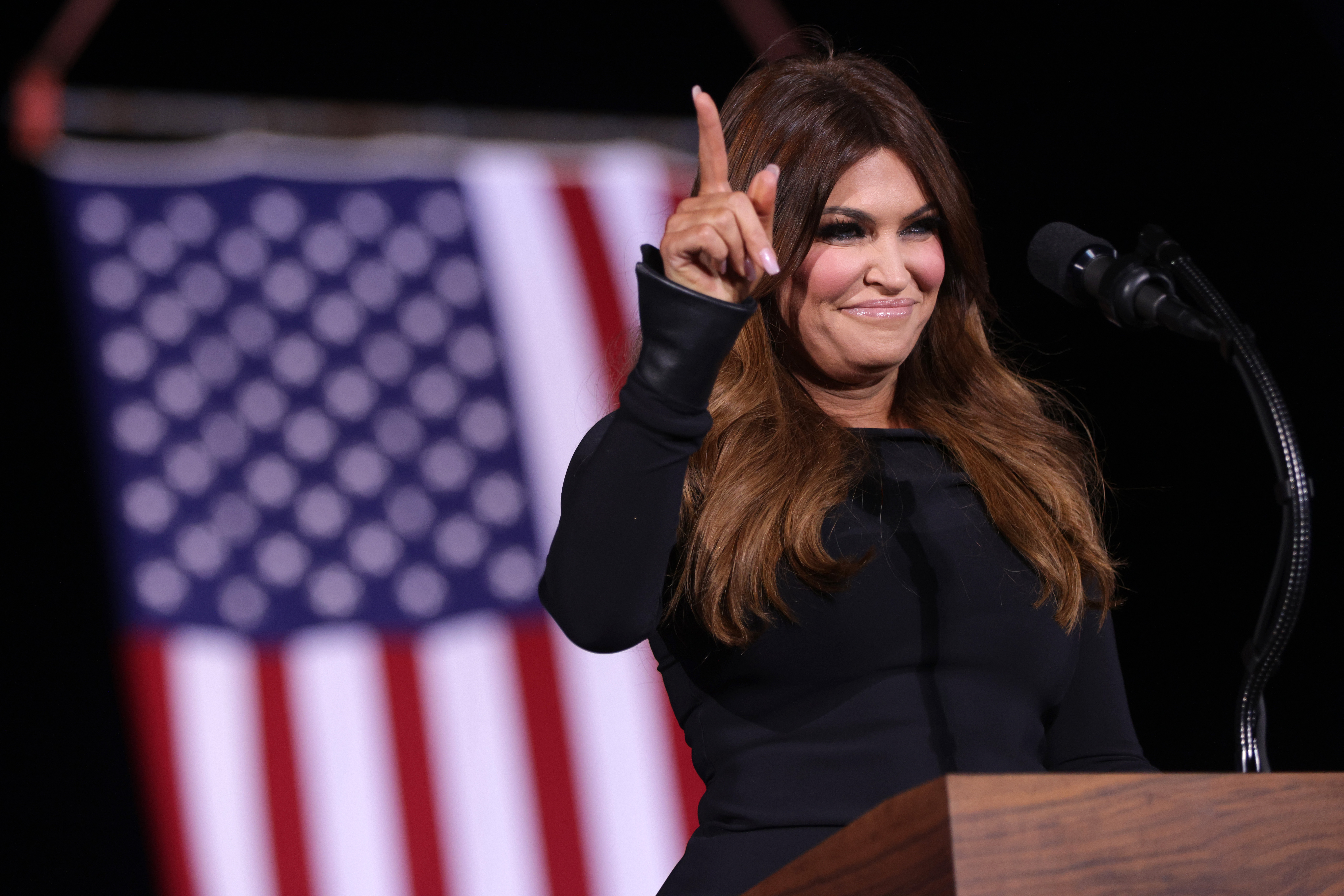 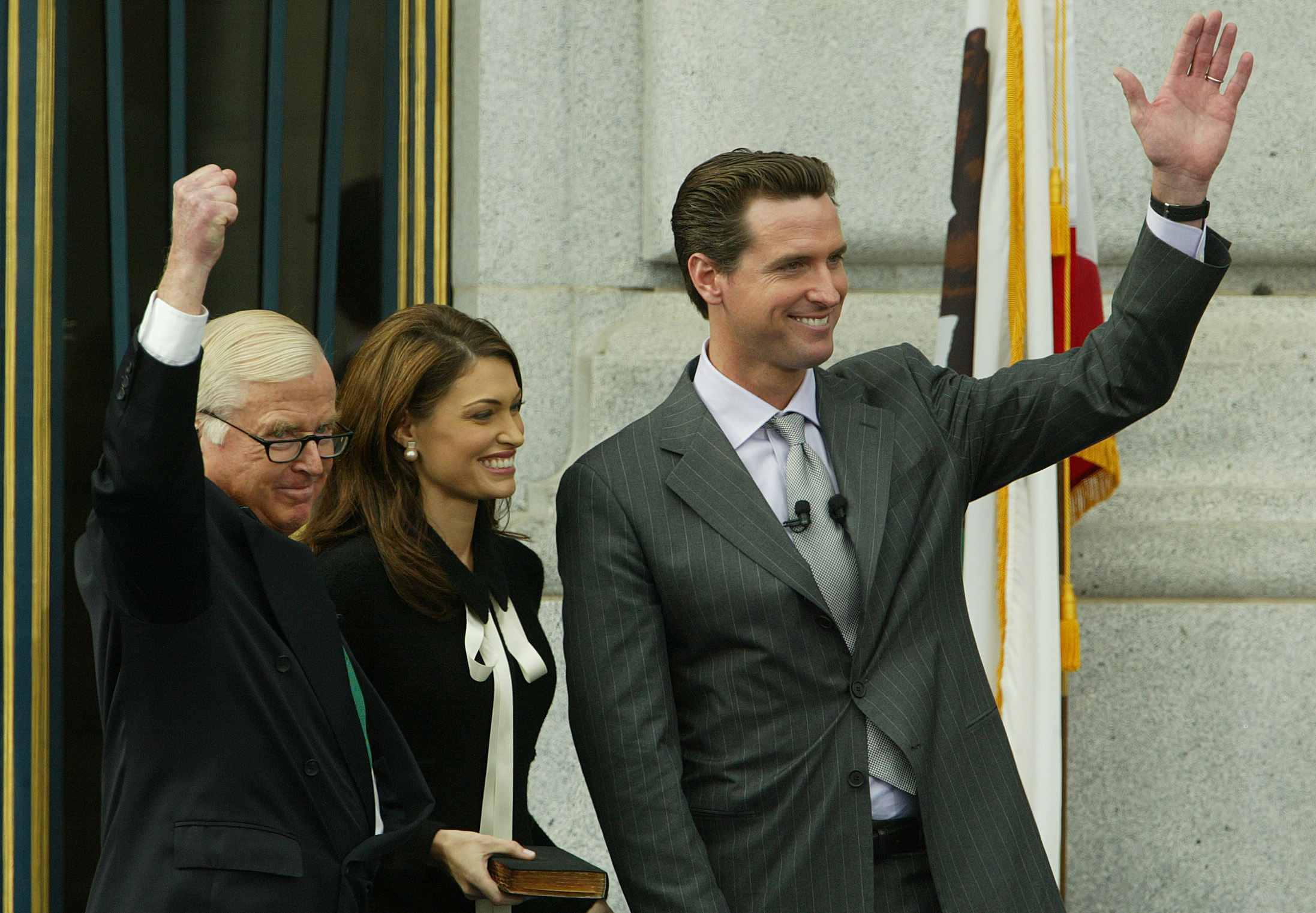 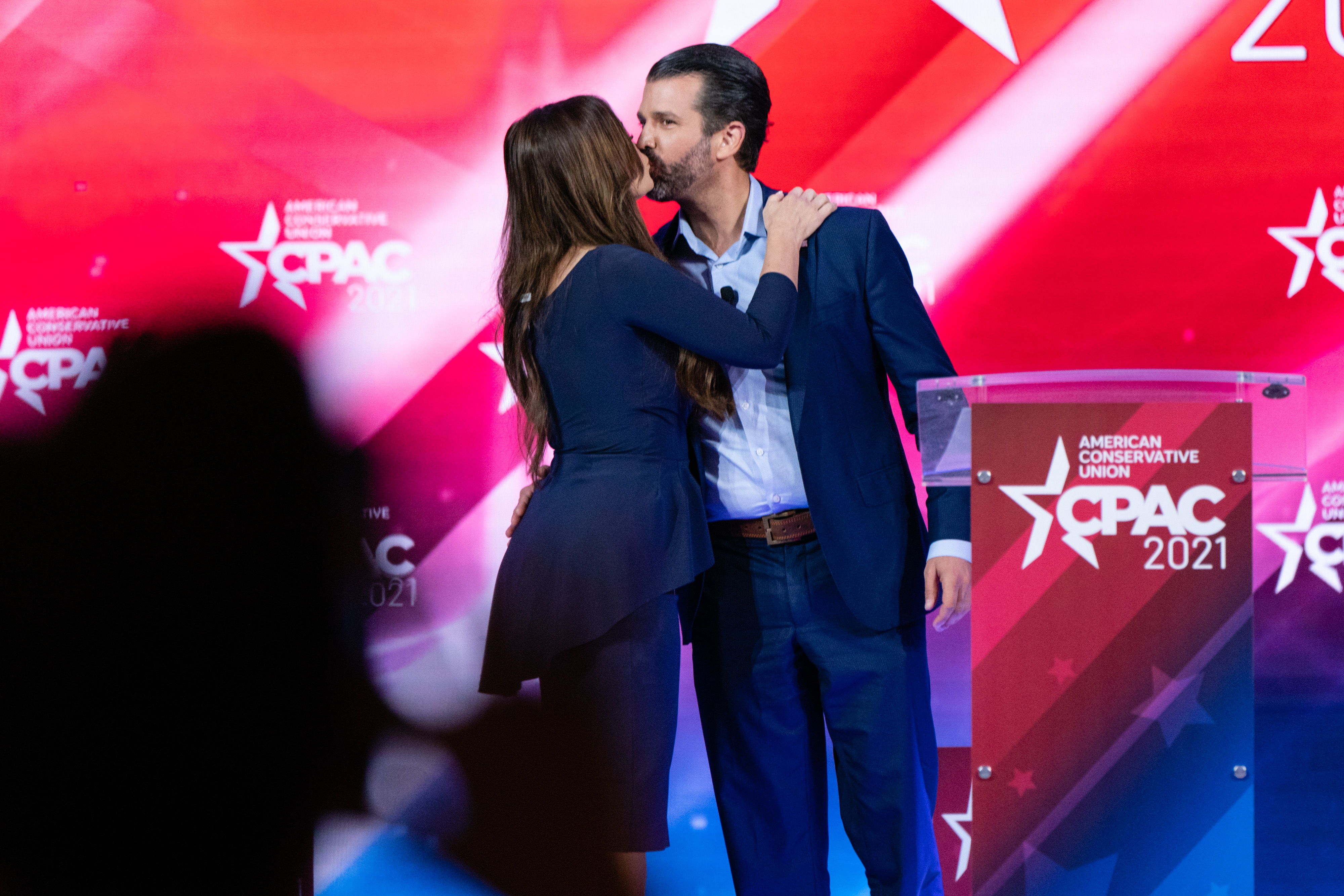