President Joe Biden spoke to King Charles III for the first time on Wednesday, paying tribute to his late mother Queen Elizabeth II and her hospitality, while saying he wanted to continue their close relationship.

They spoke on the day the Queen’s coffin was borne on a gun carriage to the Palace of Westminster, where she will lie in state.

Biden is leave for London on Saturday ahead of Monday’s funeral.

‘The president recalled fondly the Queen’s kindness and hospitality, including when she hosted him and the first lady at Windsor Castle last June,’ he said according to a White House readout.

‘He also conveyed the great admiration of the American people for the Queen, whose dignity and constancy deepened the enduring friendship and special relationship between the United States and the United Kingdom.

‘President Biden conveyed his wish to continue a close relationship with the King.’ 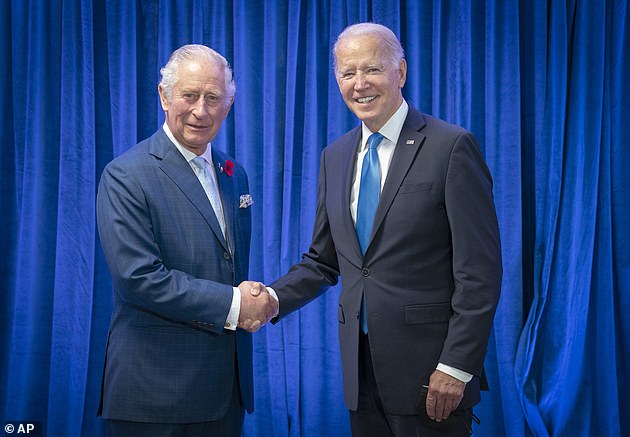 Prince Charles met President Biden last year at the COP26 climate summit in Glasgow, Scotland. They reportedly bonded over their shared concern about the environment 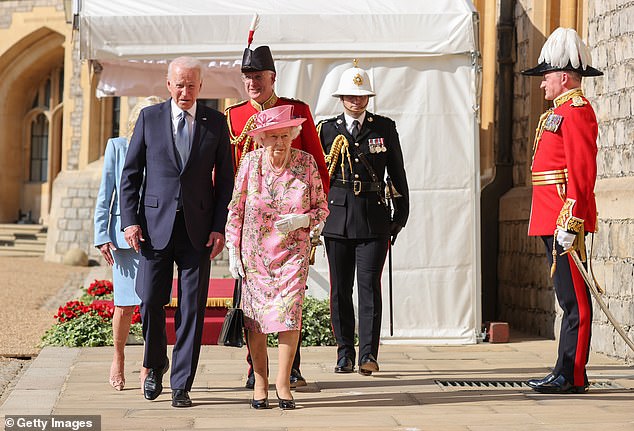 During the call, Biden also spoke fondly of the Queen’s hospitality when the president and first lady had tea at Windsor Castle last year, where they inspected a guard of honor 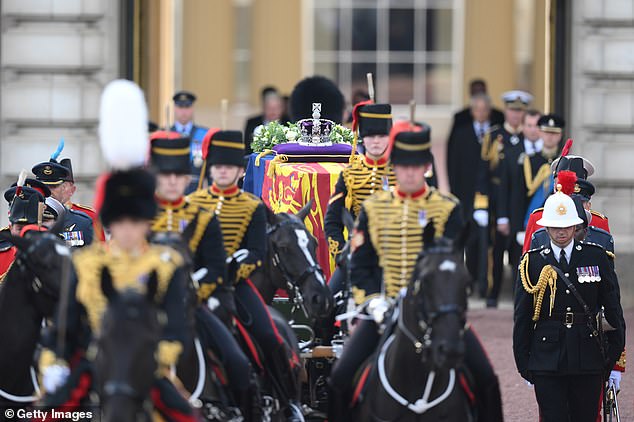 Wednesday: The gun carriage bearing the coffin of the late Queen Elizabeth II departed Buckingham Palace, transferring the coffin to The Palace of Westminster

Biden ordered flags to half staff on Thursday after the death of the 96-year-old British head of state.

And he was the first world leader to sign a book of condolence when he upended his schedule that day to visit the British embassy in Washington D.C.

‘We mourn for all of you,’ he said after the signing, with first lady Jill at his side.

‘She was a great lady. We’re so delighted to get to meet her.’

Biden will be among some 500 heads of state and foreign officials expected at the funeral – one of the biggest gatherings of royalty and world leaders in the UK since the death of Elizabeth’s father George VI.

Most have been told to travel on commercial flights and will travel on buses from a pickup point in west London to Westminster Abbey on Monday.

But Biden will arrive on Air Force One, and has special dispensation to use the Beast – his oversized armored limousine to travel through the city.

(left to right) The Duke of Wales, The Duke of Sussex, King Charles III, the Princess Royal, the Duke of York and the Earl of Wessex walk behind the coffin of Queen Elizabeth II, draped in the Royal Standard 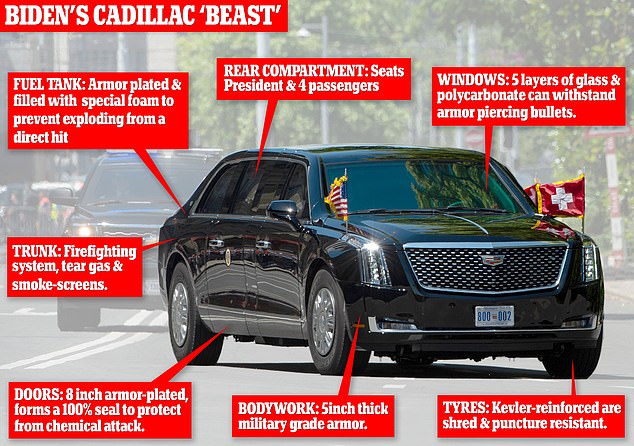 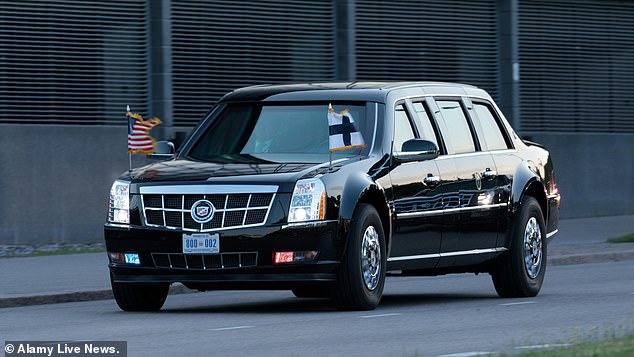 The Queen: All you need to know following her passing and a look back at her 70-year reign