JAN 6: Committee focuses son Trump's actions in the WH during the riot

JANUARY 6 HEARING: GOP Rep. Adam Kinzinger says Trump chose not to act for 187 minutes during the riot because the mob was doing what he wanted as panel describes how he watched chaos unfold on TV

Below read DailyMail.com’s coverage of the primetime finale of the January 6 select committee hearings. The Thursday evening Capitol Hill event will wrap up the panel’s initial presentation of their case against former President Donald Trump’s involvement in the Capitol attack last year.

Sarah Matthews, a former press aide to Trump who quit on January 6, told the panel Thursday that he could have made public remarks in 60 seconds if he wanted to.

The panel detailed the layout of the White House, showing the vicinity from the Oval Office and Dining Room to the Press Briefing room and Rose Garden, where presidents usually deliver remarks.

‘We just heard Mr. [Pat] Cipollone say that President Trump could have gone to the press briefing room to issue a statement at any moment. To give you a sense of just how easy that would have been, let’s take a look at a map of the West Wing,’ Republican Representative Adam Kinzinger said at the hearing.

‘How quickly could the president have gotten on camera in the press briefing room to deliver a statement to the nation?’

‘It would take probably less than 60 seconds from the Oval Office dining room over to the press briefing room,’ Matthews said.

‘If the president had wanted to make a statement, and address the American people, he could have been on camera almost instantly,’ she added.

The panel used this as further proof that Trump didn’t want to do anything to stop the riot.

Kinzinger insisted that some aides were worried what Trump would say in unscripted comments. 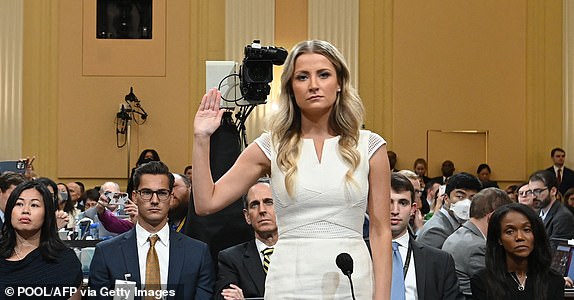 A picture of Donald Trump shared by the January 6 select committee during Thursday’s hearing shows the former president the moment that he was informed about the Capitol riot.

The image, with the words ‘Minute 11’ as its caption, shows Trump in the Oval Office in his black overcoat with an unamused look.

Panel member Elaine Luria claimed that the moment in the picture was when the former president was told what was happening at the Capitol as he arrived back at the White House after his rally on the Ellipse.

She then said that he spent the next two hours in the White House dining room with Fox News playing on the television.

The committee shared a rendered model of the White House and proximity of the Oval Office to the dining room, which is where they said that the former president watched the riot unfold. 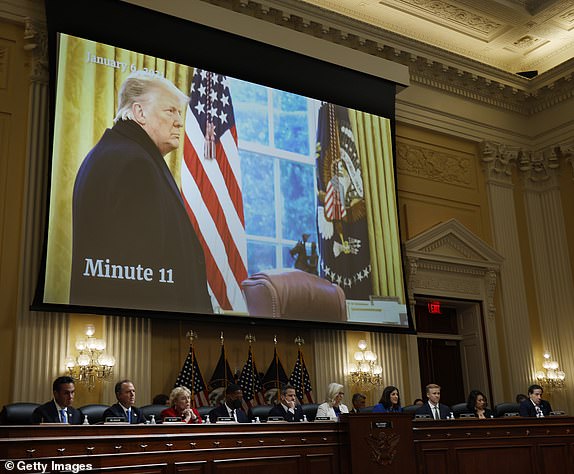 Representative Adam Kinzinger said that Donald Trump did not ‘fail’ to act on January 6 and that his silence was intentional to allow rioters to attack the Capitol.

‘Trump did not fail to act during the 187 minutes between leaving the Ellipse and telling the mob to go home,’ the Illinois Republican said at Thursday’s January 6 hearing. ‘He chose not to act.’ 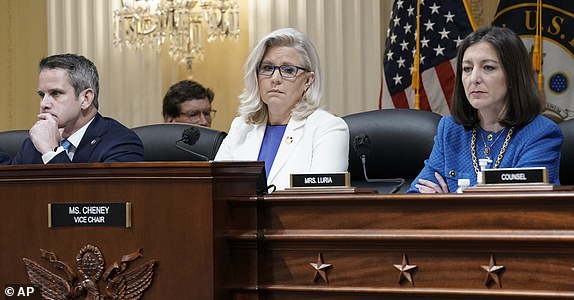 The January 6 panel will reconvene in September to continue presenting their case against Donald Trump to Americans, Chairman Bennie Thompson said via video during Thursday’s hearing.

‘As we’ve made clear throughout these hearings, our investigation goes forward,’ Thompson said during his presentation from isolation after testing positive for COVID-19 earlier this week.

‘We continue to receive new information every day. We continue to hear from witnesses,’ he added. ‘We will reconvene in September to continue laying out our findings to the American people.’

Vice Chairwoman Liz Cheney, one of the two GOP lawmakers on the panel, took on some of Thompson’s duties – like maintaining order in the hearing room.

Thompson said the finale of the first series of hearings would ‘remind you of what was happening at the Capitol, minute-by-minute as the final, violent, tragic part of Donald Trump’s scheme to cling to power unraveled while he ignored his advisers, stood by and watched it unfold on television.’ 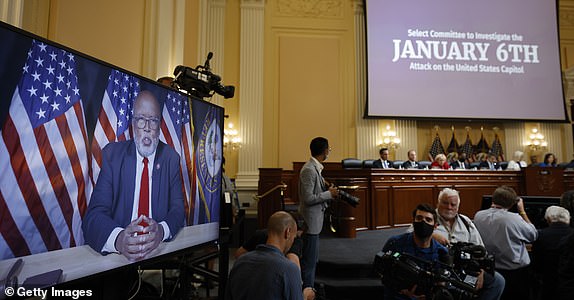 Republican Representative Adam Kinzinger, one of the two GOP members on the January 6 panel, shared a preview of what the select committee’s primetime hearing Thursday will focus on – Trump’s actions in the White House during the riot.

‘What was he doing while the Capitol was under siege? See for yourself,’ Kinzinger tweeted, sharing a video. ‘Donald Trump is a disgrace to America.’

The video shows four officials who served in Trump’s administration White House confirming the then-president was watching television at the White House while the U.S. Capitol was being attacked.

‘To the best of my recollection he was always in the dining room,’ former White House Press Secretary Kayleigh McEnany said during her deposition. 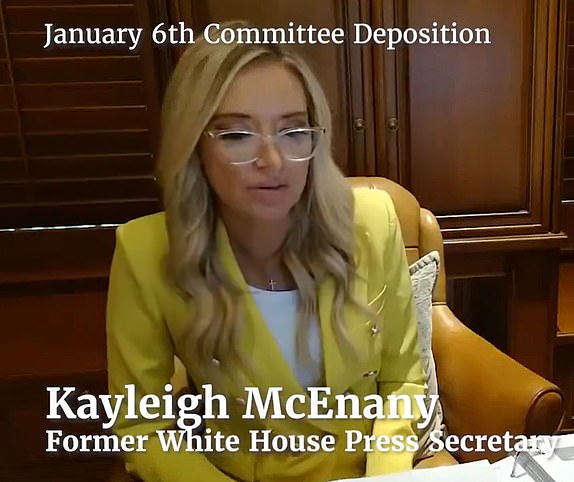 The House January 6 select committee is kicking off its primetime finale hearing Thursday evening by featuring testimony from two former Donald Trump White House aides who stepped down due to the Capitol attack.

Both witnesses resigned immediately after the January 6, 2021 Capitol riot that interrupted the congressional certification of President Joe Biden’s 2020 election victory over Trump.

Although Thursday’s event is the last in a ‘series’ of hearings, the panel has previewed that they are just getting started on the investigation into the former president and what really happened that infamous day.

The last of the eight hearings featured a more-packed-than-usual room in the Cannon House Office Building, with some notable lawmakers making an appearance.

Among those in the audience are Washington Democratic Representative Pramila Jayapal.