WASHINGTON – The House panel investigating the Jan. 6 riot at the Capitol last year has called its next hearing for July 12 where it is expected to lay out evidence on how the pro-Trump mob was organized, assembled and financed.

The public hearing, the panel’s seventh, is set for 10 a.m. EDT.

No witnesses have been unveiled. But one of the panel’s members, Democrat Adam Schiff of California, said on “Face the Nation” Sunday the hearing “will be focused on the efforts to assemble that mob on the mall, who was participating, who was financing it, how it was organized, including the participation of these white-nationalist groups like the Proud Boys, the Three Percenters and others.”

The Proud Boys are a far-right extremist group that describes itself as “Western chauvinists” or “men who refuse to apologize for creating the modern world,” according to the Department of Justice. The Southern Poverty Law Center designates the Proud Boys a hate group, citing white supremacist and racist rhetoric from many of its members.

Who are the Proud Boys? Extremist group at the center of prime-time Jan. 6 committee hearings

Who are the Three Percenters? What is the gun-toting group? And what do its supporters want?

“The Three Percenters” is a diffuse, bottom-up militia, according to a 2017 Politico profile, with the group itself claiming inspiration from the “rough estimate” that only 3% of American colonists took up arms against the British forces. The Southern Poverty Law Center, which tracks hate groups, calls Three Percenters an “anti-government” group with chapters claimed nationwide.

The announcement of another hearing comes on the heels of explosive testimony from former Trump White House aide Cassidy Hutchinson who implicated Trump personally in what appears to be an intentional conspiracy to sic an angry and armed mob on the Capitol to prevent the peaceful transfer of power. 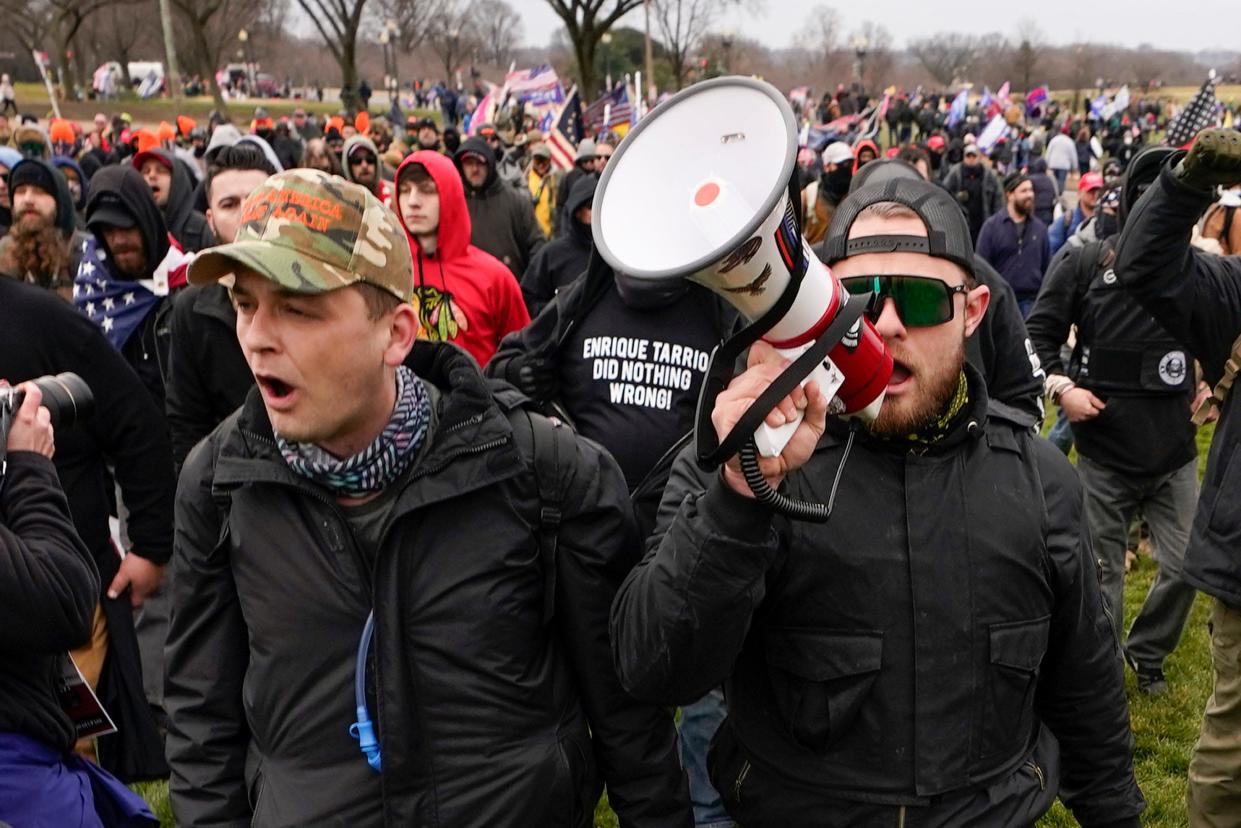 The far-reaching criminal investigation into the Jan. 6 riot has resulted in the arrests of more than 800 people on charges related to the Capitol breach. Of the total, about 250 have been charged with assaulting law enforcement officers or attempting to interfere with authorities.

Investigators also have been seeking evidence of suspects’ possible connections with former President Donald Trump and members of his inner circle.

During a September presidential 2020 debate, Trump declined to condemn extremist groups and called on the Proud Boys to “stand back and stand by.”