BUNGLING Foreign Secretary Dominic Raab was having a splashing time in his £1,000-a-night holiday suite’s private pool as Afghanistan collapsed in chaos.

Mr Raab, 47, lapped up the luxury of his resort’s exclusive “Amirandes Family Suite” which boasts its own pool and garden in Crete. 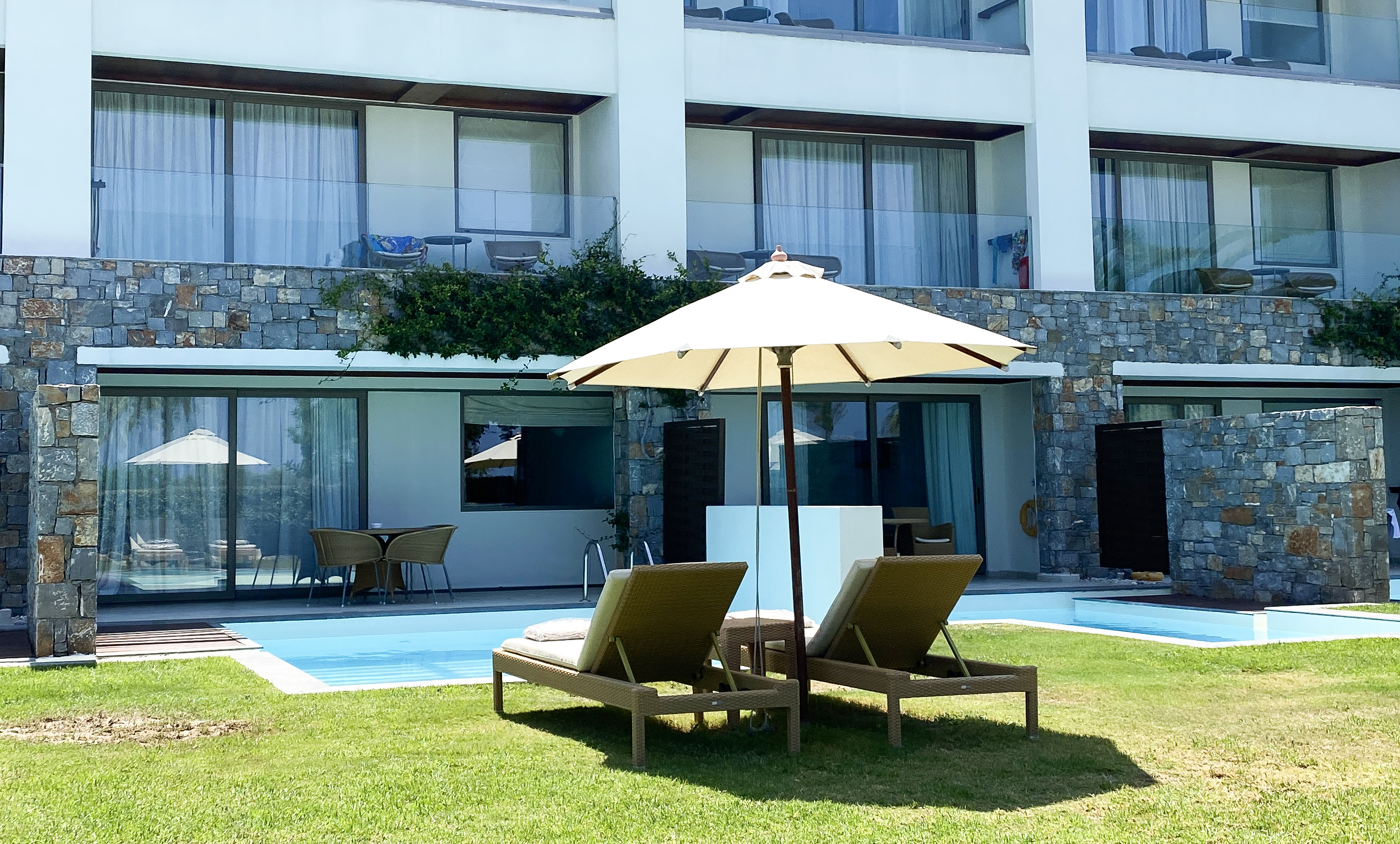 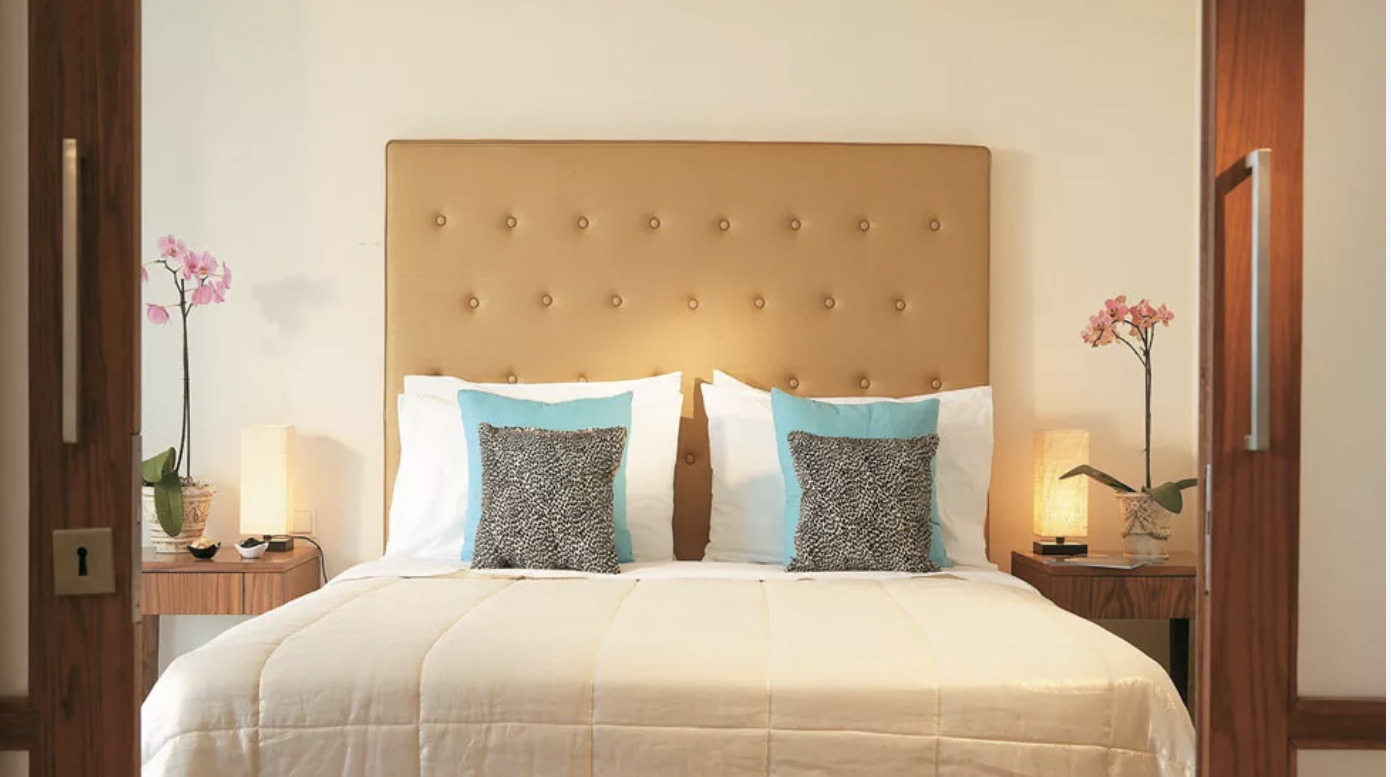 And he was unable to tear himself away from the dream hideaway among millionaires and celebrities for three crucial days as the Taliban encircled Kabul.

Raab was facing the axe from “furious” Boris Johnson today amid claims his inaction could have cost the lives of trapped translators facing revenge for helping British forces.

And his cabinet post was hanging by a thread last night as more details of his stay at the sumptuous Amirandes Boutique Resort emerged.

Their ground-floor apartment boasted 40 square metres of tastefully-furnished living space opening out onto a 70 square metre garden complete with his and hers sunbeds.

The couple baked in glorious 30C sunshine and cooled off in their own plunge pool on their private terrace, a stone’s throw from the manicured beach.

They enjoyed the choice of the palm-fringed resort’s Lago Di Candia and Minotaur restaurants – adorned with genuine Picasso ceramics – and three beachside bars.

The hotel – styled as a “sparkling boutique resort for the privileged and perceptive” – also offers pampering treatments and massages at its Elixir Alchemy Spa. 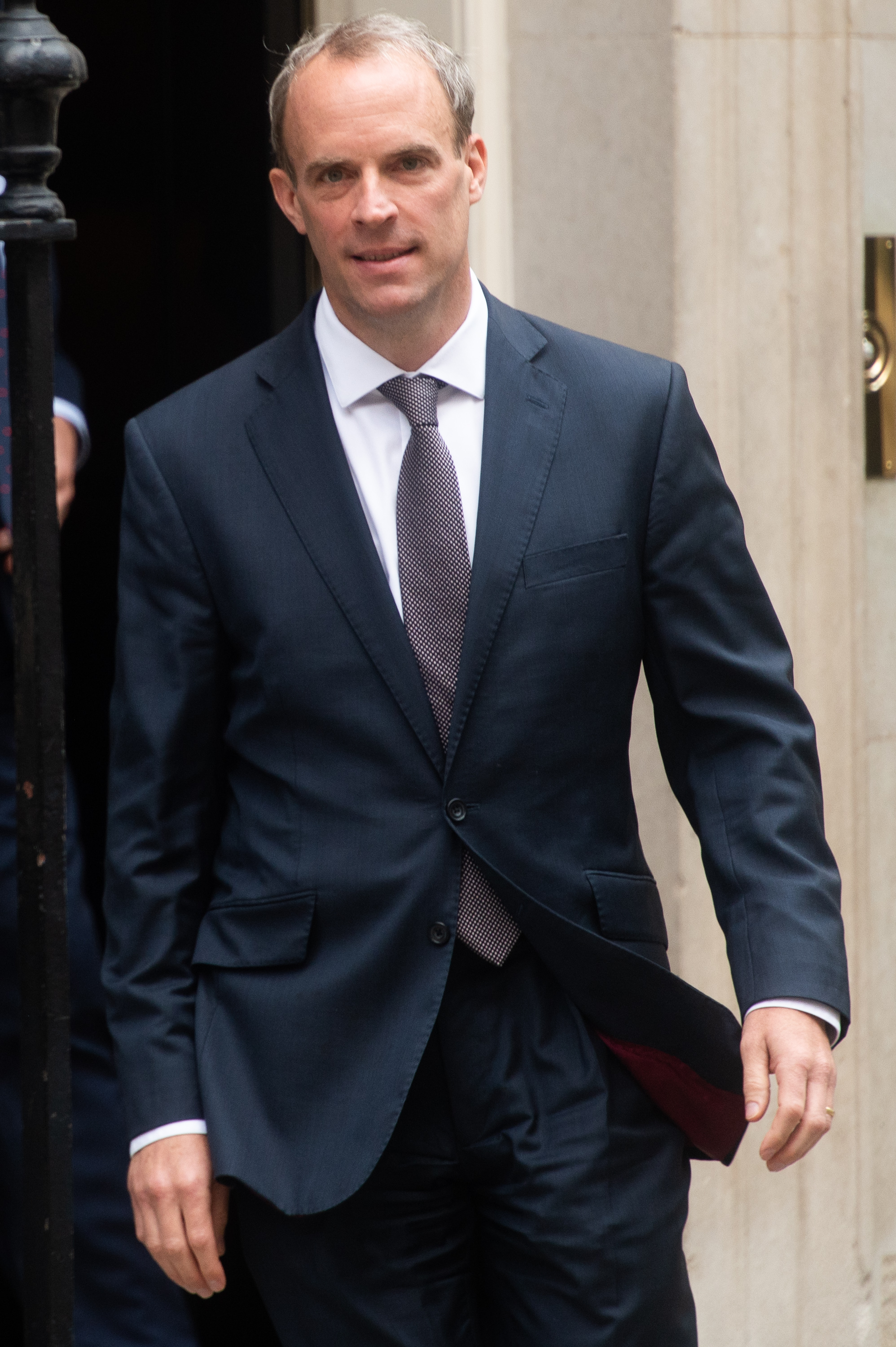 Mr Raab’s arrival was so low key that staff had no idea the British minister was the tanned tripper enjoying swimming, sunbathing and paddle tennis until he suddenly checked out.

A source told The Sun: “His arrival was so discreet that few people realised there was a British minister here until he left in a hurry.

“Their suite was beautiful with its own pool and garden but was by no means the most expensive here.

“He seemed to be really enjoying his holiday until he cut short his trip and left last Sunday – it wasn’t until then that people realised he was a VIP.”

Father-of-two Mr Raab has claimed he continued to monitor the Kabul crisis while on holiday and insisted he did not spend long periods sunning himself.

But Brits at the hotel yesterday claimed he spent “hours” chilling out on Sunday as the bloodthirsty Islamists began pouring into Kabul, sending Afghans fleeing for their lives.

Raab has been accused of being “asleep at the wheel” when he ignored pleas to phone his Afghan counterpart to help the translators.

He is said to have delegated junior minister Lord Goldsmith to make the important call – but it emerged yesterday that no call was made as events spiralled out of control.

One hotel guest said he saw the top Tory on the beach between 11.30am and 3.30pm local time on Sunday as the Taliban moved into the Afghan capital.

The tripper – who asked not to be named – said he saw Mr Raab swimming, running and washing sand off his legs as Britain’s biggest foreign policy calamity in decades unfolded.

They added: “There was one point when I saw him using his mobile phone.

“It looked like he was checking messages or texts as he was sitting on his lounger. But, I didn’t see him on the telephone talking.”

A Foreign Office source disputed the witness’s account and insisted Mr Raab had spent only limited time on the beach.

It also emerged yesterday that the embattled minister had been on his sun lounger in Crete from August 6 – a week before Kabul’s fall gathered pace.

Mr Raab has admitted he was “caught off-guard” by the speed of the Taliban advance which he said “’no one saw coming”.

“He said: “On Friday afternoon, August 13 , advice was put to my Private Office recommending a call to the Afghan Foreign Minister.

“This was quickly overtaken by events.

“The call was delegated to a Minister of State because I was prioritising security and capacity at the airport.

“In any event, the Afghan Foreign Minister agreed to take the call, but was unable to because of the rapidly deteriorating situation.”