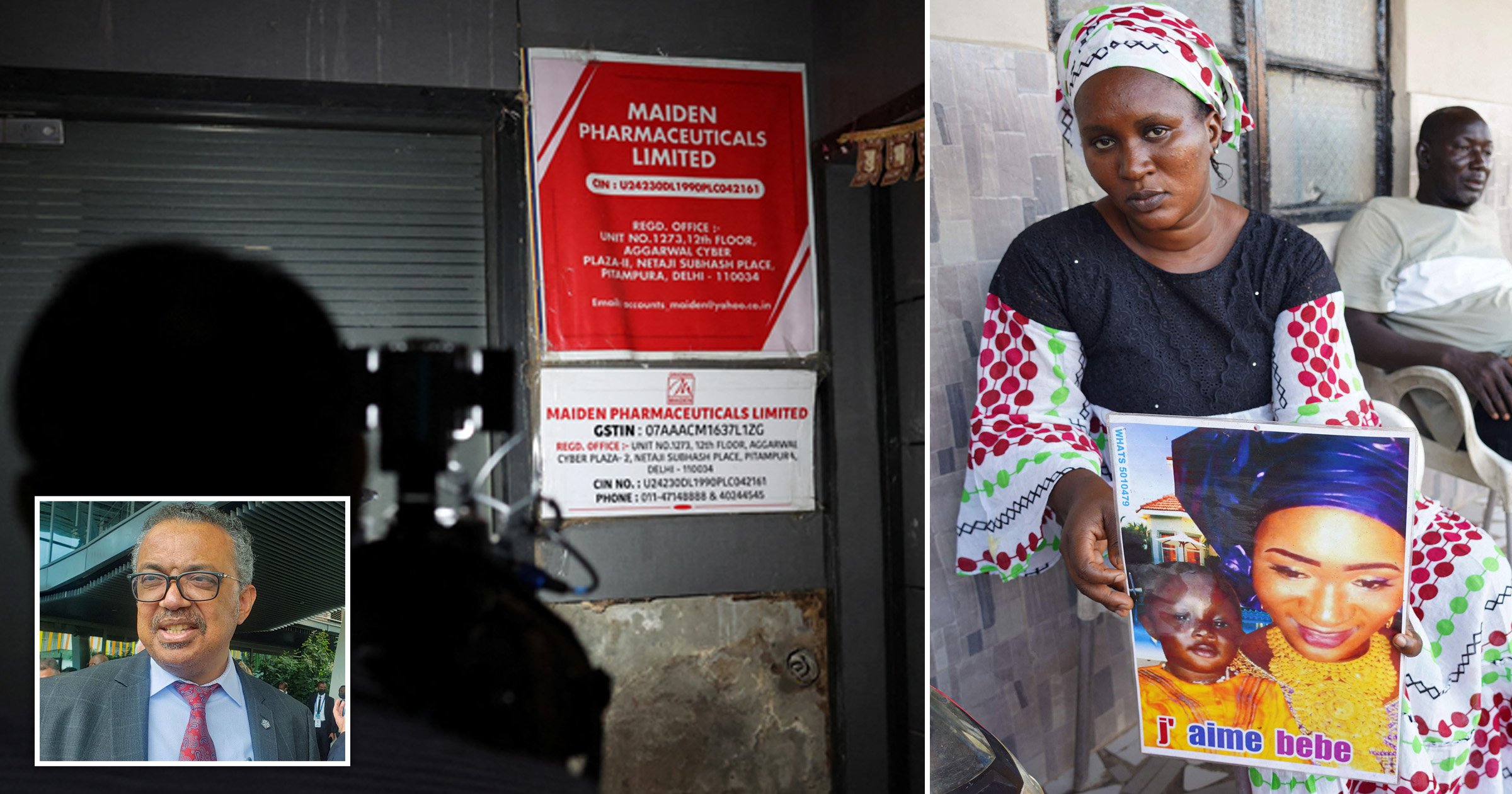 Most of the victims are under five and there is mounting anger in the African nation at their healthcare system and the world pharmaceutical trade for failing to protect them.

Parents have told of how they hoped their children would die to ease their suffering after ‘oozing blood from their mouth and nose’.

Last Wednesday the UN’s World Health Organization (WHO) issued an alert over four syrups made by Maiden Pharmaceuticals.

It said lab tests had found ‘unacceptable amounts’ of diethylene glycol and ethylene glycol, linked to ‘acute kidney injury which may lead to death’.

In The Gambia, Wuri Bailo Keita’s two-year-old daughter Fatoumatta developed a fever but the hospital sent her home with a prescription for a paracetamol syrup after diagnosing her with malaria.

Less than a week later she was dead after developing acute kidney failure.

She is one of 69 Gambian children to die with the problem since July.

Carwash worker Mr Keita, 33, recalled his daughter’s suffering by explaining: ‘She could not eat anything and she was oozing blood from her mouth and nose.

‘At some point, I was praying for God to take her life.’

On Saturday, President Adama Barrow promised to update drug-related laws and praised the health ministry for preventing further deaths, in an address to the nation.

Police launched an inquiry and health authorities were told to suspend the import licence of a suspected company.

But there is rising anger about the situation and the death toll is still rising.

Keita continued: ‘President Barrow should sack the health minister, but instead of sacking him, he was praising the minister.

‘We want justice for these children.’

Social media has been swamped by criticism of the healthcare system and by photos of the children who have died, most of whom were aged under five.

Mariama Kuyateh, a 30-year-old mother who lost her son Musa in September, said: ‘It’s time for the government to step up and stop these products.

‘If they don’t, and other syrups enter the country, it will be terrible.’

The opposition United Democratic Party (UDP) criticised the President’s ‘five-minute address’ to a ‘traumatised nation left to wonder what other pharmaceuticals are on the market that may be fake or unsafe for use.’

Gambian health officials launched their own investigation in July, and ordered a recall of all medicines containing paracetamol or promethazine syrup on September 23.

They cited E.coli as a possible cause of the deaths. 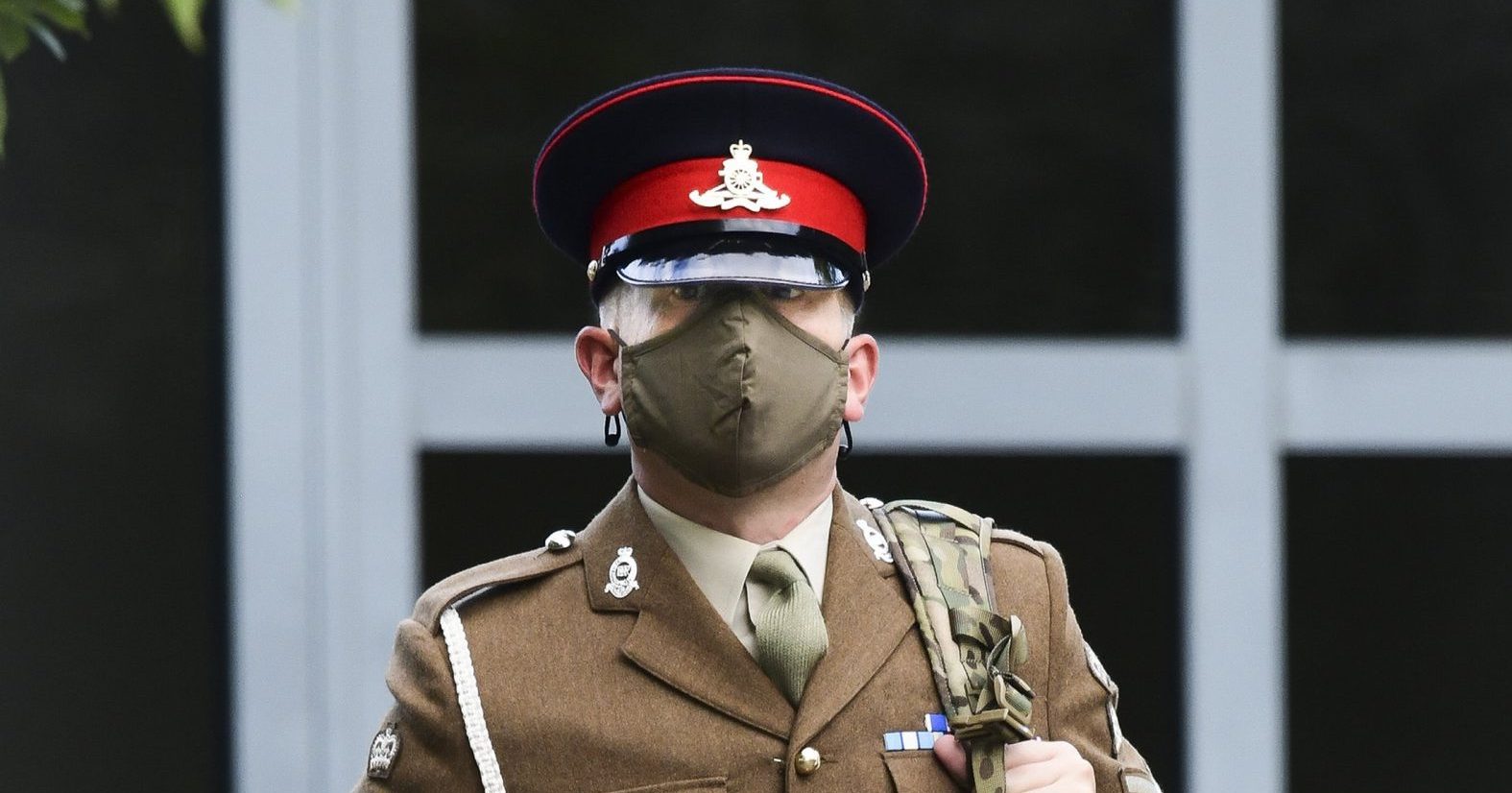 But the country has no national laboratory to test for drug quality and food safety – something President Barrow has pledged to change.

Nancy Jallow, from an NGO called Global Bridges, said she was appalled that top officials such as Health Minister Ahmadou Lamin Samateh and the head of the Medicines Control Agency, Markieu Janneh Kaira, were still in their jobs.

She called for a total halt to pharmaceutical imports ‘until Gambia’s government can build a facility that can test medications’.

Meanwhile India’s health ministry says it is awaiting results from its own lab tests after being informed of the WHO’s findings.

‘It is a usual practice that the importing country tests these imported products on quality parameters, and satisfies itself as to the quality of the products,’ the ministry said.

Maiden Pharmaceuticals did not respond to requests for comment after the WHO alert.

The Gambia is continental Africa’s smallest country, and nearly half of its population lives below the poverty line, according to the World Bank.

The UN flagged limited expertise, a shortage of basic equipment and a chronic lack of health professionals as problems in the country.

The Gambia’s under-five mortality rate is 49.4 deaths per 1,000 live births, according to UNICEF, compared to 4.2 in the UK.

Got a story? Get in touch with our news team by emailing us at [email protected] Or you can submit your videos and pictures here.