With Summer 2022 wrapping up, memories of Summer 2020 almost feel like a fever dream. As the country saw a racial uprising where corporations vowed to make equitable change, it almost felt like the world understood that Black Lives Matter. Now, following the release of Disney’s live-action The Little Mermaid trailer, starring Halle Bailey as Ariel, the racists have lost their minds. Videos of adults explaining that a mythical creature–a half woman, half fish–couldn’t have Black skin because it was impossible, scientifically. While the trailer has amassed over 1 million dislikes on YouTube, Black parents have dispelled any fears that the movie won’t do well in theaters by sharing adorable reactions of Black girls seeing the Black mermaid for the first time.

So in case you were wiping your eyes from witnessing the sheer excitement of Black girls seeing themselves in a fantastical way, here are six news stories you might have missed along the way. 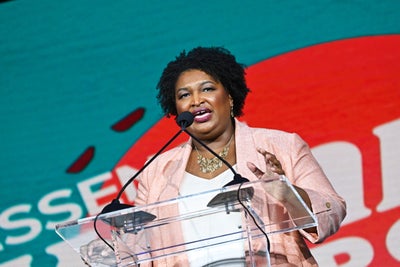 Football season has officially kicked off (pun intended) and Georgia’s gubernatorial candidate Stacey Abrams is trying to score money…for the state, of course. This week, Abrams launched a campaign in Georgia with the call to legalize sports betting.

The Democrat’s campaign rolled out a 15-second ad targeting voters who visit online betting sites and online pages linked to the University of Georgia’s top-ranked team. If successful, the effort to legalize casino gambling and sports betting would expand the HOPE scholarship and finance a needs-based higher education program.

“While Georgians still place bets, Kemp is forcing them out of state to do it, taking the tax dollars with them,” a narrator in the ads says. “That means even when Georgia wins the bet, states like Tennessee get the tax money.”

The ad notes that Abrams’ opponent, Gov. Brian Kemp, has blocked sports betting, causing the state to miss out on revenue for years. With sports betting legalized, Abrams plans to invest in education.

According to a 2020 poll by The Atlanta Journal-Constitution found that about 58 percent of Georgia voters support legalizing sports betting.

2. Happy 75th Anniversary to The Crawfords 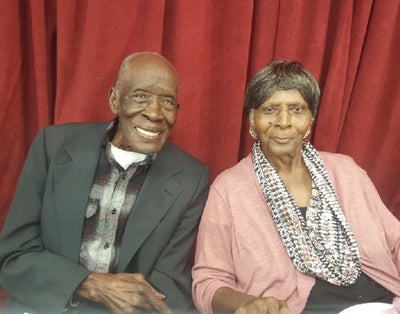 A Tampa couple recently celebrates their Diamond Anniversary, or 75th anniversary. The couple didn’t spend their momentous occasion alone—they shared it with their nearly-100 descendants.

The lovebirds told the local new outlet their secret to a lasting marriage, saying it’s about “love, trusting one another and having faith in God. Put God first, and everything else will fall in place.”

3. Guess Which Single HBCU Ranked Among The ‘Best’ 100 Colleges

The coveted annual “Best National University Ranking” list was published earlier this week and miraculously only one historically Black college or university ranked in the top 100. To the Bisons, it shouldn’t be any surprise that the illustrious Howard University snatched the spot. Selected by the U.S. News & World Report, Howard placed at 89th for the 2022-23 academic year.

The next closest HBCU on the list was Florida A&M University, which ranked 202nd. Ranking at 299th is the largest HBCU in the nation, North Carolina A&T State University.

For years, the list and its rankings have been criticized. Recently, the U.S. Secretary of Education Miguel Cardona called for a “culture change” in higher education. “Too often, our best-resourced schools are chasing rankings that mean very little on measures that truly count,” he said. “That system of ranking is a joke.”

Of the 101 HBCUs in the country, the U.S. New & World Report issued a separate list for Top 10 HBCUs:

The theatre was renamed after a coalition of Broadway theater owners, producers, directors and other leaders issued a New Deal for Broadway in 2021 following the 2020 racial uprising. The goal was to incite equitable reforms and commitments on Broadway. The one stipulation requires three major theater chains—Jujamcyn, Nederlander and Shubert—to name at least one of their theaters for a Black artist. Jujamcyn already had the August Wilson Theatre. Nederlander will soon dedicate the Lena Horne Theatre, making it the first Broadway theater named after a Black woman. Now, Shubert has the James Earl Jones Theatre.

After a 60 year-long career, Jones has delivered countless stage and screen performances, including 21 Broadway shows. Jones’ Tony Awards include Best Actor in a Play for The Great White Hope (1969) and Fences (1987), as well as a Lifetime Achievement Award in 2017. He has additionally won seven Drama Desk Awards and has been awarded the National Medal of Arts and the Kennedy Center Honor.

In a full circle moment, back in 1958, a year into his Broadway career, Jones performed his first show, Sunrise at Campobello, at the same theater that now bears his name.

Check out Jones’ reaction to the new theater:

A heated exchange between a white politician and a Black environmental lawyer is making its rounds online and both Rep. Alexandria Ocasio-Cortez and the others have feelings about it.

On Thursday, a House Oversight hearing on climate quickly escalated to disrespect when Congressman Clay Higgins (R-La) decided to yell and demean Raya Salter, an expert, after she criticized the fossil fuel industry’s impact on the environment and its role in Black and brown communities.

Salter serves on the New York State Climate Action Council and was invited to testify before House lawmakers during a hearing about the oil and gas industry’s lack of accountability. She said that the climate crisis is an “unprecedented global crime and the smoking gun lies in the hands of big oil and gas.”

As expected, as it has become a common practice from the Republican party, Higgins posed open-ended questions and proceeded to speak over Salters. Salters pushed back, at an elevated volume asking Higgins for understanding. Instead, he spoke over her saying, “My good lady. I’m trying to give you the floor, boo.”

While “boo” is used affectionately within the Black community, it can also be condescending. And given the optics that this was a white man speaking to a Black woman at a House hearing, from opposing political parties, the tone leans to the latter.

“In the four years that I’ve sat on this committee, I have never seen members of Congress – Republican or Democrat – disrespect a witness in the way that I have seen them disrespect you today. I do not care what party they are in, I’ve never seen anything like that,” Ocasio-Cortez said.

Salter thanked Ocasio-Cortez before saying, “They can come for me all day long.” 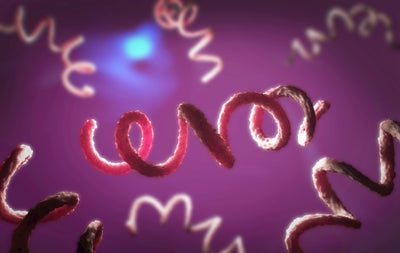 Both the United States and Canada have reported an increase in at least 3 STIs: syphilis, gonorrhea and chlamydia. In the U.S. syphilis rates jumped 26 percent last year—the biggest annual increase since the Truman administration—during the Covid-19 pandemic. Gonorrhea increased 2.8 percent, reaching almost 700,000 infections in 2021. Chlamydia, which had declined in 2020, increased 3 percent last year.

Also, progress on preventing new HIV infections slowed during the pandemic. Now, some parts of the country including San Francisco are even seeing HIV rates increase for the first time in nearly a decade.

There were also reports on re-emergence of neglected STIs such as lymphogranuloma venereum (LGV) among key populations and increasing Mycoplasma genitalium.

The Center for Disease Control and Prevention (CDC) released preliminary data revealing an alarming upward national trend all the while still battling Covid and the monkeypox outbreak.

WHO calls on countries to increase funding for STI services and focused efforts to scale-up STI prevention, testing and treatment services, and urges against stigmatization, blaming, or shaming. The organization noted that stigma makes it harder to end outbreaks and can stop people from accessing services due to shame.