An OnlyFans creator has revealed she makes $60,000 a month on the platform as she estimated that ’95 per cent’ of the content on the site is explicit.

Leah Schrager, who performs under the name Ona Artist, spoke to the BBC’s Evan Davis on Radio 4’s PM programme on Wednesday after OnlyFans dropped plans to ban sexually explicit photographs and videos on its platform later this year.

Mr Davis expressed his astonishment when the performer revealed how much she earns on the site during a conversation about the U-turn.

She also guessed that ‘at least 95 per cent’ of the content on OnlyFans is explicit and believes the firm ‘would not have had any business’ if they had pressed ahead with the ban.

A number of celebrities, musicians and comedians also use the site for non-sexual content 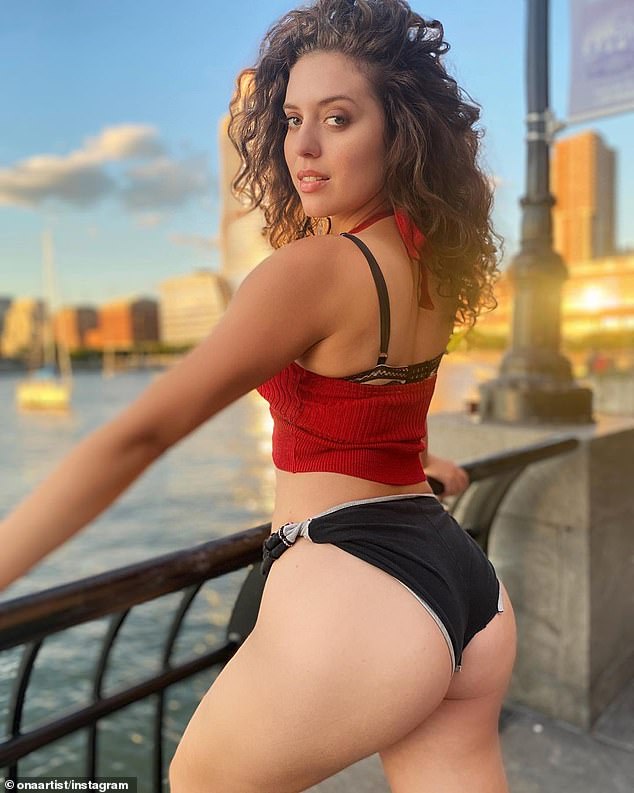 OnlyFans creator Leah Schrager, who performs under the name Ona Artist, has revealed she makes $60,000 a month on the platform as she estimated that ’95 per cent’ of the content on the site is explicit 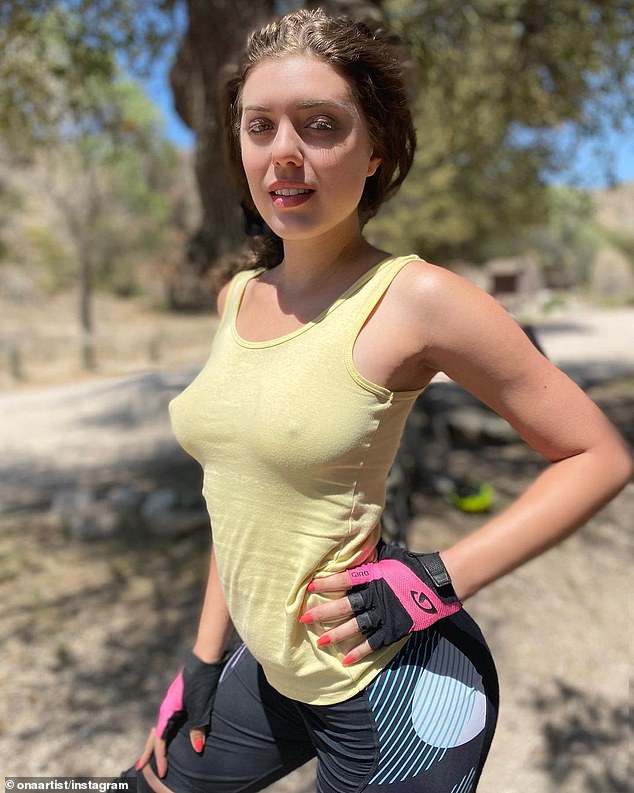 The online subscription service had said last Thursday that new rules coming into effect in October would prohibit ‘any content containing sexually explicit conduct’, although non-sexual nudity would still be permitted.

But in a surprise move today, the London-based company reversed the decision hours after chief executive Tim Stokely claimed the change was prompted by ‘unfair’ banks who were concerned about ‘reputational risk’.

OnlyFans’ top 10 highest earners: How celebrities like Bella Thorne and Blac Chyna rake in MILLIONS a month on the site

OnlyFans has become a hugely lucrative endeavor for many of its users – particularly celebrities like Blac Chyna, Bella Thorne, and Mia Khalifa who are among its highest-earning creators.

According to Influencer Marketing Hub, these A-listers rake in millions of dollars a month, with Blac Chyna topping the list of the site’s biggest earners with an estimated monthly income of $20 million.

He named three banks – Metro Bank, JPMorgan Chase and Bank of New York Mellon – but none would comment today.

Some Twitter users speculated that the whole thing had been a huge publicity stunt, but OnlyFans insisted that it had ‘suspended’ the change having ‘secured assurances necessary to support our diverse creator community’.

Creators receive 80 per cent commission on their earnings, while the remaining 20 per cent goes to the company, covering ‘referral payments, payment processing, hosting, support, and all other services’

Ms Schraeger told Mr Davis that, despite the U-turn, the firm had ‘lost the trust’ of many of its creators.

She said she is now ‘diversifying’ by creating content on other, similar platforms but did not say she would be leaving the site.

‘I got on there about a year ago at the beginning of the pandemic and I honestly don’t know exactly why other than that is where people were making the most money. And that is where all the fans where,’ she said.

‘There is a mix of people who have been on for quite a long time and have been with me for a while and some people who are totally new.’

Mr Davis then prompted the performer to start laughing when he asked her ‘what else can I get’ on the site.

When she said, ‘What are you looking for?’, he asked if the website also hosts cooking and fitness videos.

‘A lot of people are saying this company won’t have any business at all if they remove people like you,’ he added.

Ms Schraeger then replied: ‘I agree and I think that is what they realised or they never would have gone back.

‘I absolutely agree they would not have had any business. They say there are [others].

‘I don’t know what the actual percentage is but my guess would be at least 95 per cent of the OnlyFans content is explicit content. That would be my guess.

‘So it is way more about us than it is about cooking channels.’

Some Twitter users today speculated that the announcement of the explicit content ban had been a huge publicity stunt.

However, OnlyFans insisted that it had ‘suspended’ the change having ‘secured assurances necessary to support our diverse creator community’.

OnlyFans announced the U-turn in a statement on its Twitter page today, although it is not clear if the ban is permanent or temporary.

It said: ‘Thank you to everyone for making your voices heard.

‘We have secured assurances necessary to support our diverse creator community and have suspended the planned October 1 policy change.

‘OnlyFans stands for inclusion and we will continue to provide a home for all creators.’ 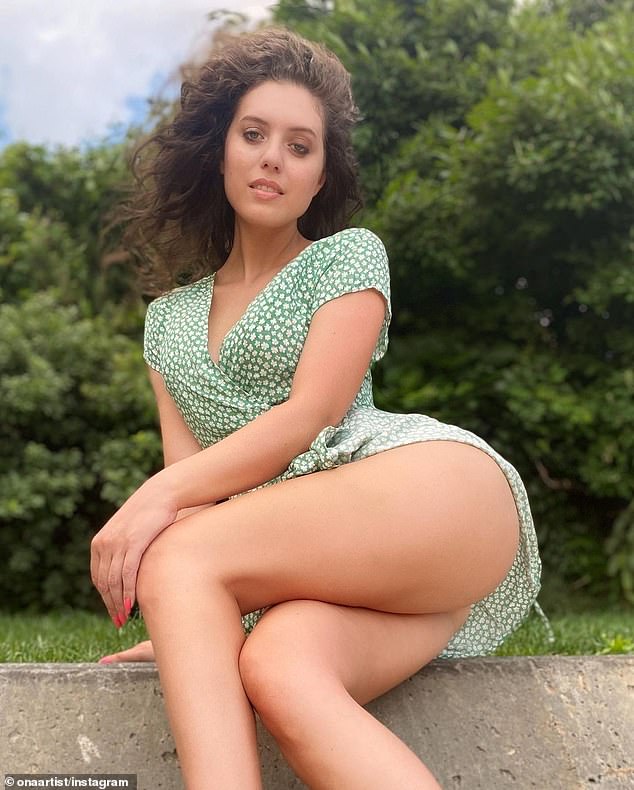 Ms Schraeger told Mr Davis that, despite the U-turn, the firm had ‘lost the trust’ of many of its creators

Initially, the company said the move was being introduced due to pressure from financial partners, leading some to assume payment processors Mastercard and Visa were behind it.

However, Mr Stokely later said in an interview it was ‘unfair’ banks had prompted the change over concerns about ‘reputational risk’.

A spokesperson for OnlyFans said: ‘The proposed October 1, 2021 changes are no longer required due to banking partners’ assurances that OnlyFans can support all genres of creators.’

OnlyFans had said last Thursday that it would ban explicit content from October 1, blaming policies of banks and payment processors for the policy change.

The company said in a message to users last week: ‘The new rules are necessary to comply with the requirements of these financial institutions and are the only way to help ensure the long-term sustainability of OnlyFans.’ 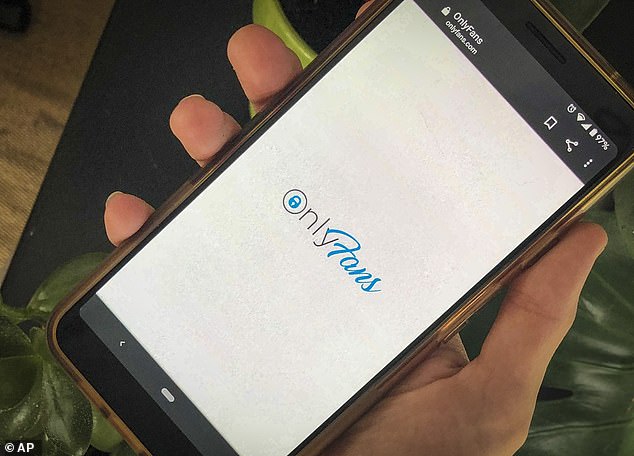 OnlyFans had said last Thursday that it would ban explicit content from October 1, blaming policies of banks and payment processors for the policy change