Huge blaze breaks out after gas explosion in block of flats

A huge fire has broken out at a block of flats this morning, caused by a major gas explosion.

Emergency services rushed to the scene of the blaze on Redwood Grove, Bedford, after the residential building went up in flames.

Footage shared on social media shows plumes of flames erupting from the block of flats as fire engines showered the blaze with water.

The inferno was seen ripping through the roof of the building.

Local residents have been warned to keep windows closed and avoid the area as thick black smoke was seen billowing through the air. 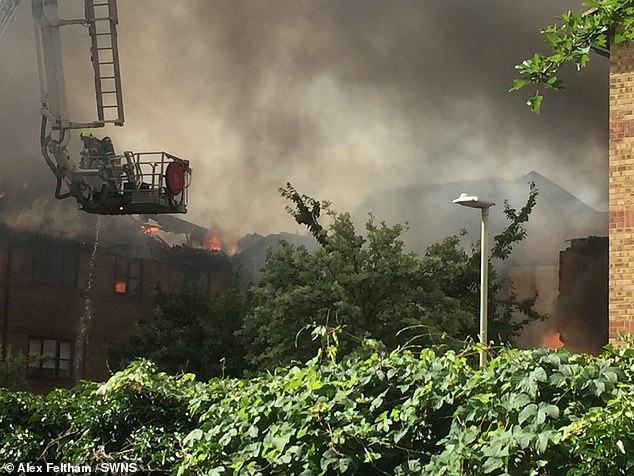 Firefighters on the scene are tackling the inferno, which has engulfed the residential block in Bedford 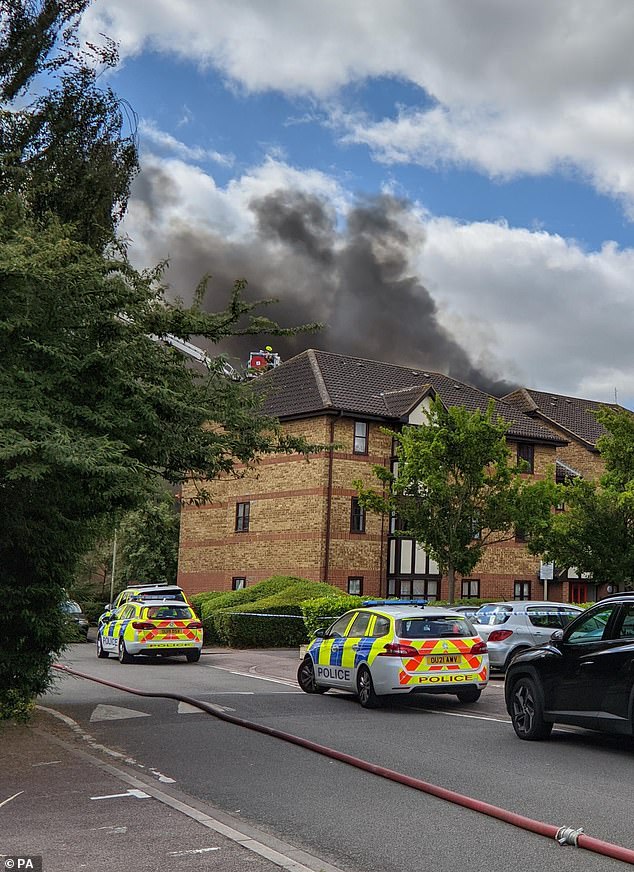 Residents have been told to keep their windows closed following the major gas explosion. Thick black smoke pictured bellowing from the scene this morning

Bedfordshire Fire and Rescue Service have said the fire on Redwood Grove was caused by a gas explosion.

They are currently tackling the blaze which engulfed the residential block of flats.

It’s not yet known if there have been any casualties.

They said in a statement: ‘Bedfordshire Fire and Rescue Service are currently in attendance at a major gas explosion on Redwood Grove, Bedford.

‘There are currently 6 appliances, 2 water carriers, an incident command unit at the scene.

Please avoid the area and keep windows and doors closed.’

Bedfordshire Police said: ‘We are aware of an incident this morning in Redwood Grove, Bedford. All emergency services are aware and are in attendance.

‘Emergency services are doing everything they can.’