How UK reacted to news of Queen Elizabeth's poor health

How the royals raced to Balmoral to be at Queen’s death-bed: Reconstruction of historic day that left the world in mourning – including worried faces in Parliament

Senior members of the Royal Family today sparked a royal rush as they raced to Balmoral to be beside the Queen at her deathbed as Britain’s longest reigning monarch died peacefully at Balmoral following an historic day.

What started as a normal Thursday full of engagements, and the first day at school for the children of the Duke and Duchess of Cambridge, soon turned to something far more serious as news spread of Her Majesty’s ill health.

The Queen’s two eldest children, Prince Charles and Princess Anne were the first to be by her side as they were both already in Scotland on official engagements.

They were later joined by Prince William – who flew up to Scotland alone – alongside Prince Edward and his wife, Sophie Countess of Wessex as the Royal Family came together in their time of need.

Even those on the periphery, including Prince Andrew and self-exiled Prince Harry, made the all-important trip to Scotland to be with their closest family in their darkest hour.

The first indication that something was wrong arrived quietly: A note, passed hand to-hand on the front benches of the Commons shortly after midday as Liz Truss made her first major policy announcement as Prime Minister.

The masks slipped as brows creased with worry on the government benches, before Sir Keir Starmer was passed a copy while speaking from the opposition side. The look of worry was mutual. Something big was happening.

Minutes after came the announcement from Buckingham Palace: Queen Elizabeth II had been placed under ‘medical supervision’ at her holiday residence in Balmoral by doctors who were ‘concerned for her health’.

Charles, Camilla and Princess Anne – already in Scotland, where the Queen had been since mid-July – were on their way to her bedside. Prince William, who had just dropped George, Louis, and Charlotte off for their first day at school, was also on his way. Kate, ever mindful of the needs of her family, had opted to stay behind.

What ensued were hours of pregnant silence, where nobody said what everybody was thinking.

The 96-year-old monarch – the longest-serving in the UK’s history, the only one that most alive today have ever known – was surely gravely ill. Then, at 6.30pm exactly, came the official announcement: The Queen had died. 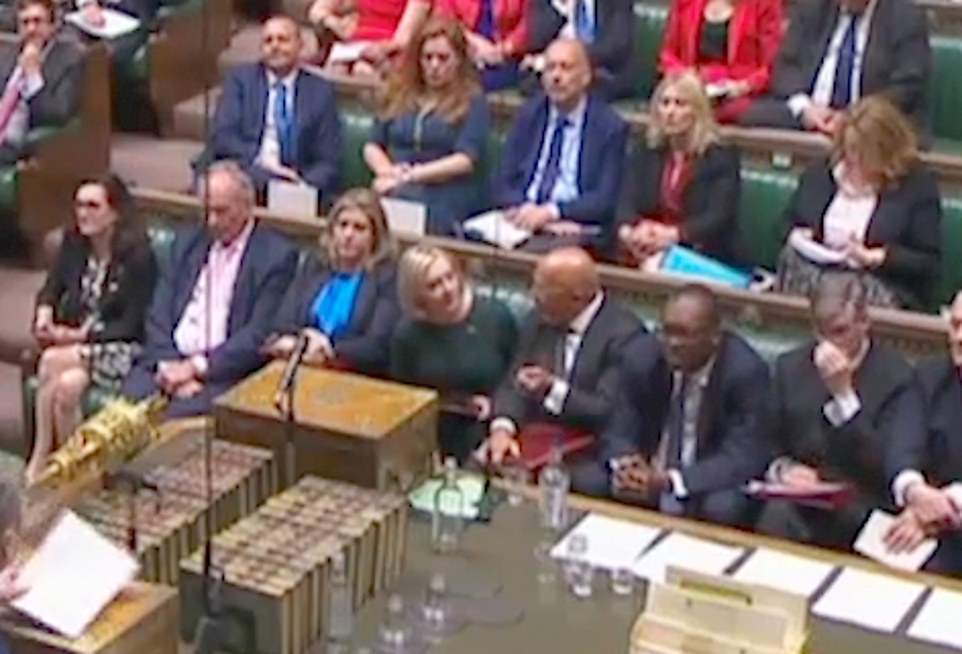 Nadim Zahawi passes a note to Liz Truss in the Commons shortly after midday, causing brows to furrow with worry. Kier Starmer, speaking at the time (bottom left) was handed a copy of the note and looked similarly concerned 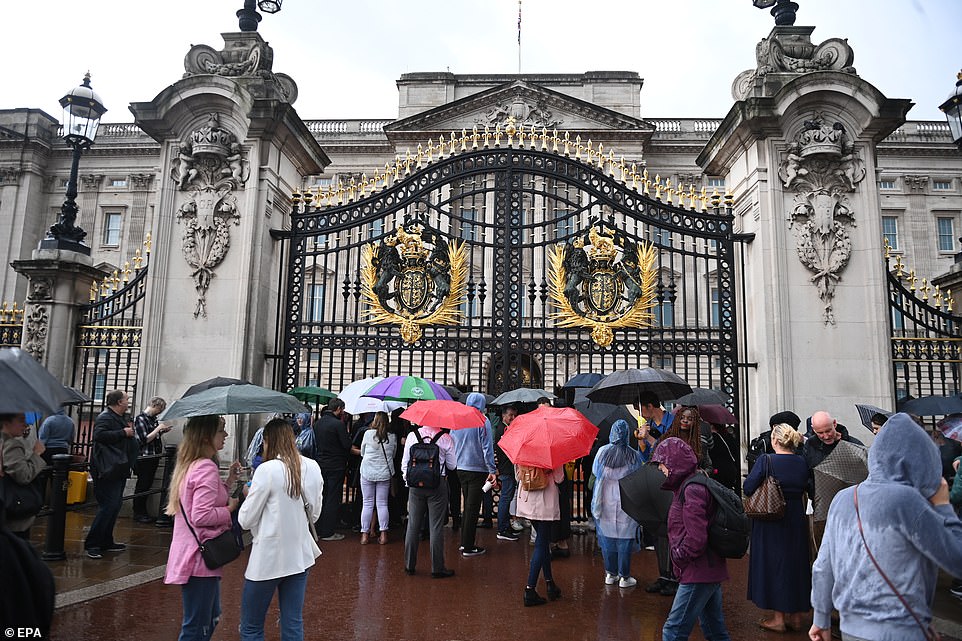 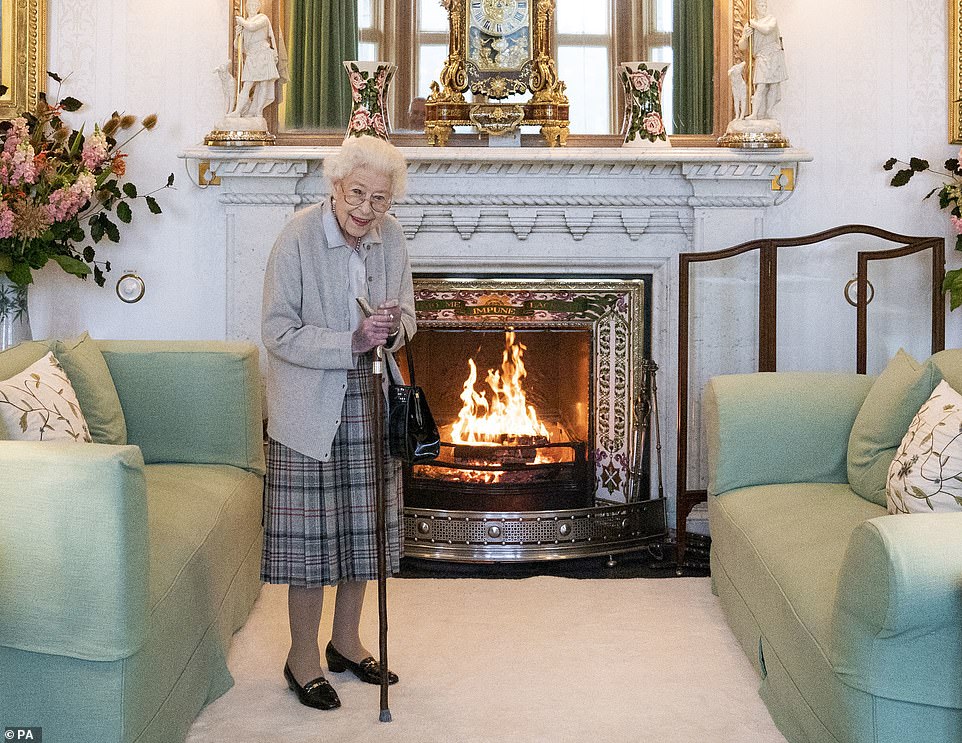 Determined to serve the nation she loved right to the end, Elizabeth had been on duty just two days prior – accepting the resignation of Boris Johnson and inviting Ms Truss to form a new government.

She was forced to miss just one engagement, a virtual meeting of her Privy Council scheduled for Wednesday evening, and only because it was called off on doctors’ orders.

The Queen had been told to ‘rest’, the palace said, after a ‘full day’ of duties with Johnson and Truss. That was to become her last act as this country’s ruler.

News of her ill health spread slowly at first, and then all at once.

Viewers of Bargain Hunt were among the first to learn that all was not well, as their daytime TV programming was interrupted when the BBC switched to non-stop news coverage at around midday.

Alerts then went out to newspapers around the world and the story appeared on front pages from France to the Philippines, and Spain to Saudi Arabia.

Even Russia’s highly-partisan state media carried sober reports about ‘concerns’ for Her Majesty’s health at the top of their websites.

Then the warnings began to grow louder. Royals not usually included in day-to-day matters of ‘The Firm’ began heading north of the border.

Prince Andrew was said to be on his way as well as Prince Harry, who is conveniently in the UK to attend the Wellchild Awards tonight.

Prince Edward, Earl of Wessex and his wife Sophie, Countess of Wessex, were also said to be heading to Balmoral.

Uncertainty reigned for a time over the presence of Harry’s wife, Meghan, who was later revealed to be staying in London. She may travel to Balmoral ‘at a later date’, sources said.

The BBC then cancelled all scheduled programming until at least 6pm to stay with the news, as Huw Edwards – the go-to man for major occasions both celebratory and solemn – emerged. Few could fail to notice his black tie.

Around an hour later, the changing of the guard at Buckingham Palace was called off – a symbolic moment of interruption in the otherwise clockwork workings of the Royal household.

Crowds, sensing the increasing severity of the moment, began to gather – both in central London and at Windsor, where it was hammering down with rain – some of them in tears.

At the same time and also in a torrential downpour, a jet carrying Princes William, Andrew, and Edward, along with wife Sophie, arrived in Aberdeen where the group were seen climbing into a car for the hour journey to Balmoral.

The palace remained silent, though all the signs of the impeding tragedy were there. As the BBC’s royal correspondent Nicholas Witchell pointed out: ‘The fact that Buckingham Palace felt it necessary to issue a statement, and the fact that family members are travelling there, says everything.’

Since assuming the throne after the death of her father on Feb. 6, 1952, Elizabeth had been a symbol of stability as Britain negotiated the end of empire, the dawn of the information age and the mass migration that transformed the country into a multicultural society.

Throughout her tenure, the Queen had also built a bond with the people of Great Britain through a seemingly endless series of public appearances as she opened libraries, dedicated hospitals and bestowed honors on deserving citizens. 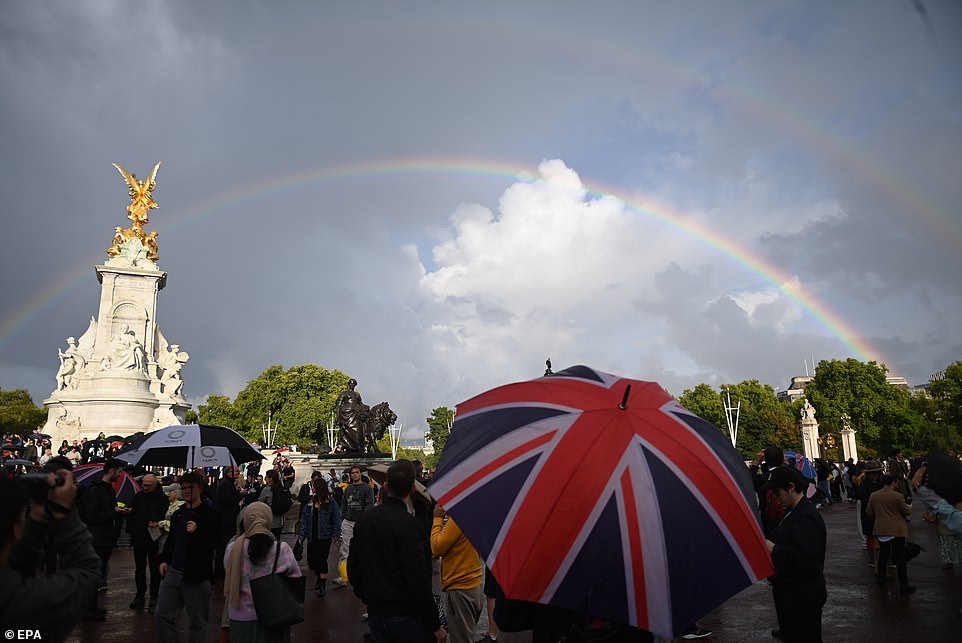 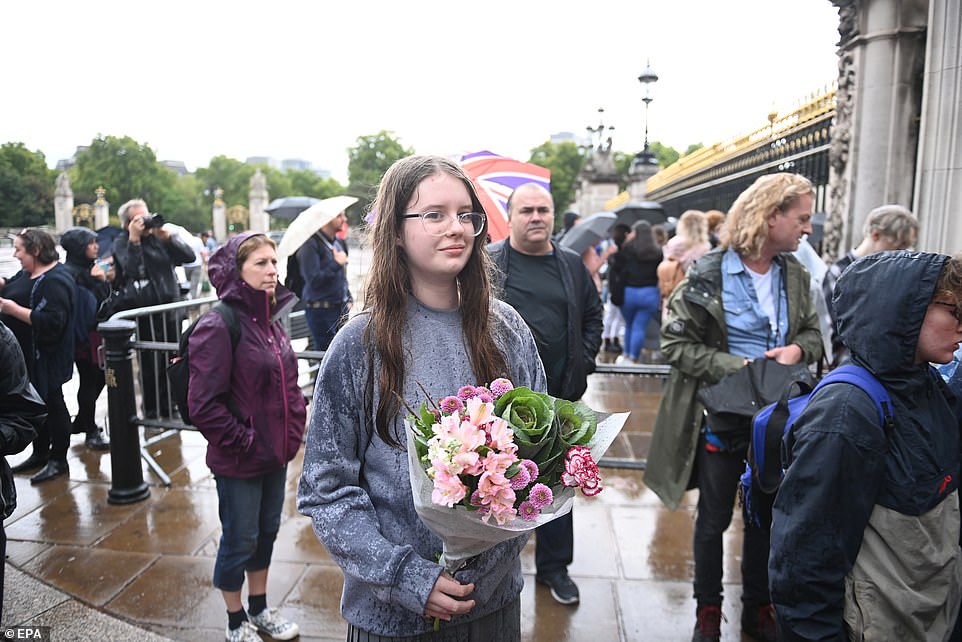 Though the announcement would not be made official for several hours, some arrived carrying floral tributes – perhaps sensing the gravity of the situation

Elizabeth, who famously dedicated her ‘whole life’ to the service of Britain and the Commonwealth on her 21st birthday, had ruled out the idea of abdicating.

As recently as Wednesday she issued a statement after the killing of at least 10 people in the Canadian province of Saskatchewan, saying: ‘I mourn with all Canadians at this tragic time.’

But the death of her husband, Prince Philip, in April of last year reminded the country that the reign of the only monarch most people in Britain have ever known was finite.

During a funeral that was limited to just 30 mourners because of Covid, the Queen was forced to sit alone, hidden behind a black face mask, as she contemplated the loss of the man who had been at her side for more than 70 years.

That truth was the subtext of the Platinum Jubilee celebrations as newspapers, TV news shows and the walls of the palace were filled with images of Elizabeth as she evolved from a glamorous young queen in crown and diamonds to a kind of global grandmother known for her omnipresent handbag and love of horses and corgis.

Charles was front and center throughout the festivities as he stood in for his mother and demonstrated he was ready to take on her mantle.

Wearing a ceremonial scarlet tunic and bearskin hat, he reviewed the troops during the Queen’s Birthday Parade on the opening day of the jubilee.

The next day, he was the last guest to enter St. Paul’s Cathedral and took his seat at the front of the church for a service of thanksgiving in honor of the queen.

At a star-studded concert in front of Buckingham Palace, he delivered the main tribute to the woman he addressed as ‘Your Majesty, Mummy.’

But on Thursday, the nation’s attention was firmly fixed on the Queen.

‘It’s quite sad, really,’ Kristian Ctylok, a 32-year-old London resident said. ‘I think half the country is probably expecting it because she’s been quite frail for a while. But, you know, I guess no one thought the day would come.’ 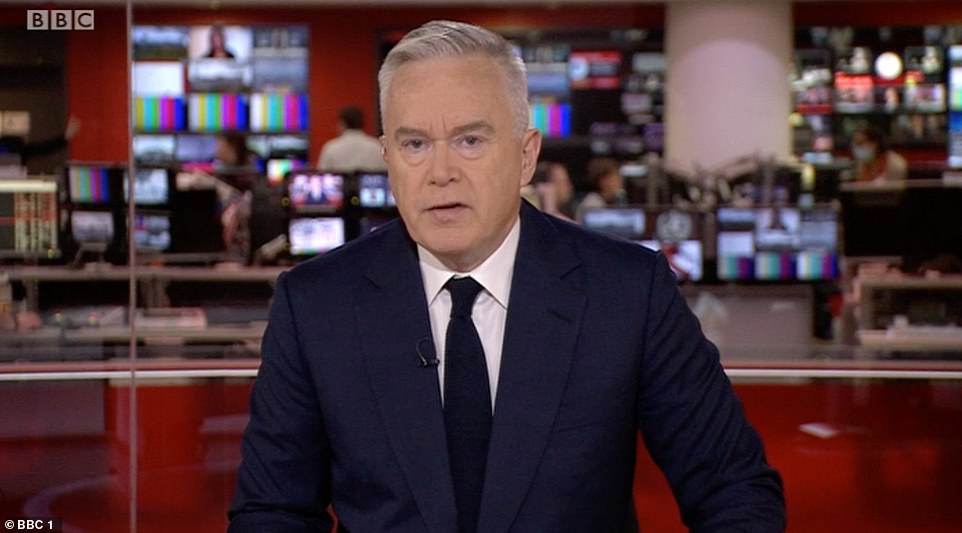 Huw Edwards, the BBC’s go-to man for big occasions both celebratory and sombre, emerged wearing a black tie – a sign of the sad news that was to follow several hours later