Horror injuries of Mexican woman, 70, 'attacked by black woman who mistook her for being Asian-American'

A MEXICAN grandmother was horrifically injured when she was attacked by a "black woman who thought she was Asian-American," the victim's son has claimed. 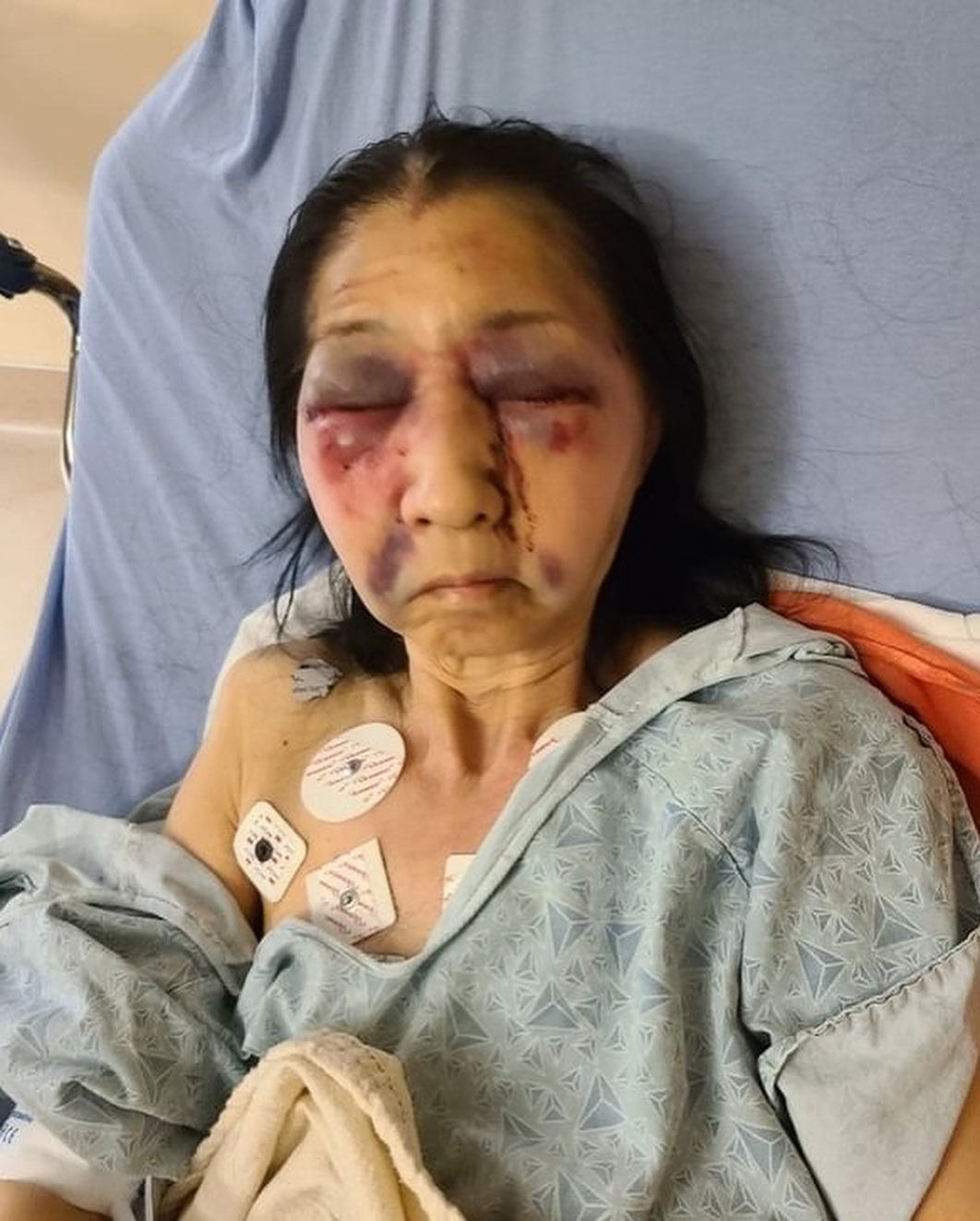 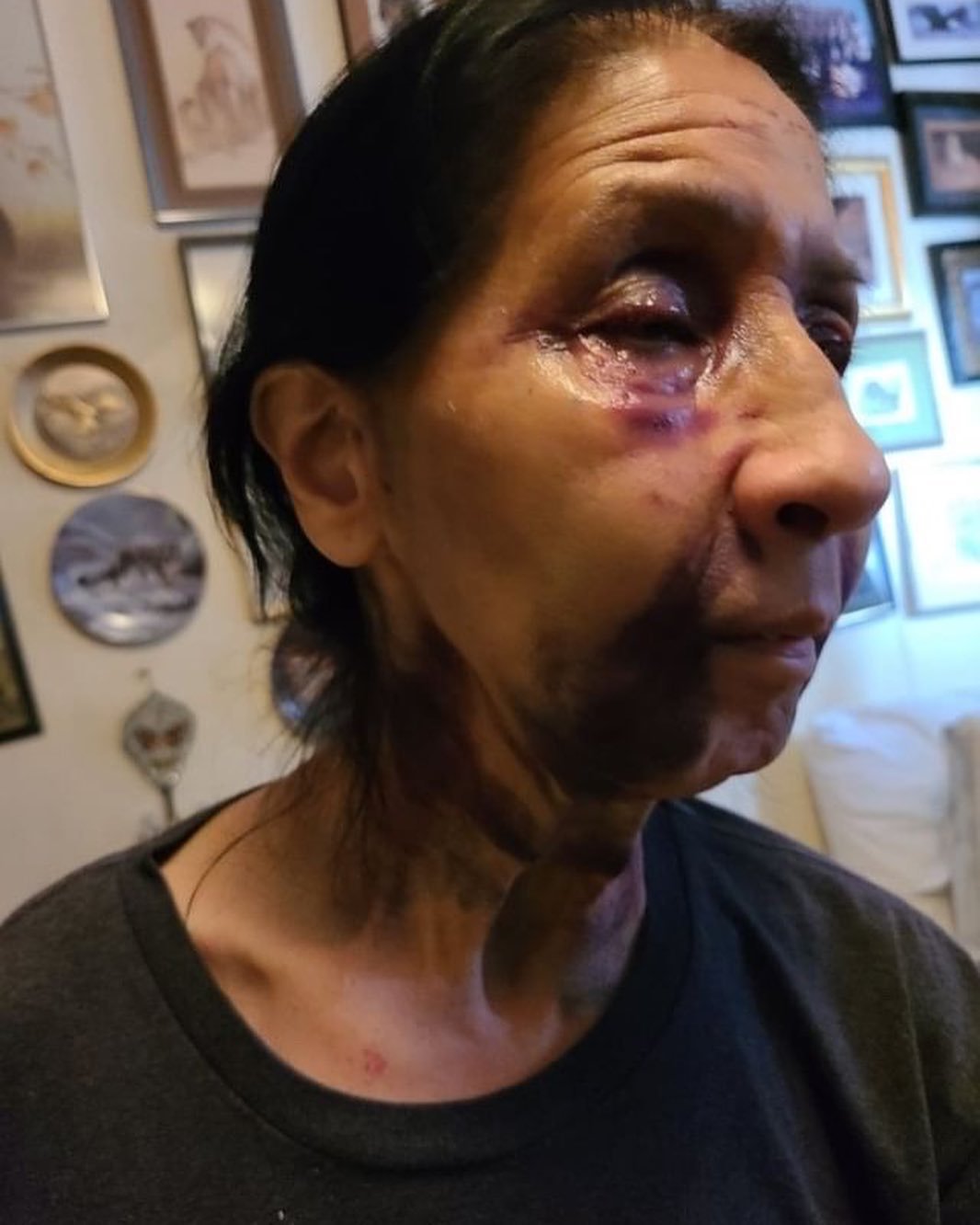 Becky's son claimed his mom was battered around the face and left with a and other injuries after the shocking attack in Eagle Rock neighborhood of Los Angeles.

Beasley was booked after the incident, according to local media outlets.

The LA Times noted that Becky had her hair torn out and nose broken during the frenzied attack.

The Eastsider reported that the grandmother Becky had been targeted by her attacker, who mistook her for an Asian person.

The suspect allegedly hurled racial abuse at the elderly woman as she got off the bus to go grocery shopping – and the subsequent attack left her so badly beaten, her eyes were swollen shut.

Harrowing pictures showed the extent of her injuries as the 70-year-old lay in a hospital bed, covered in marks and with chunks of her hair torn out. 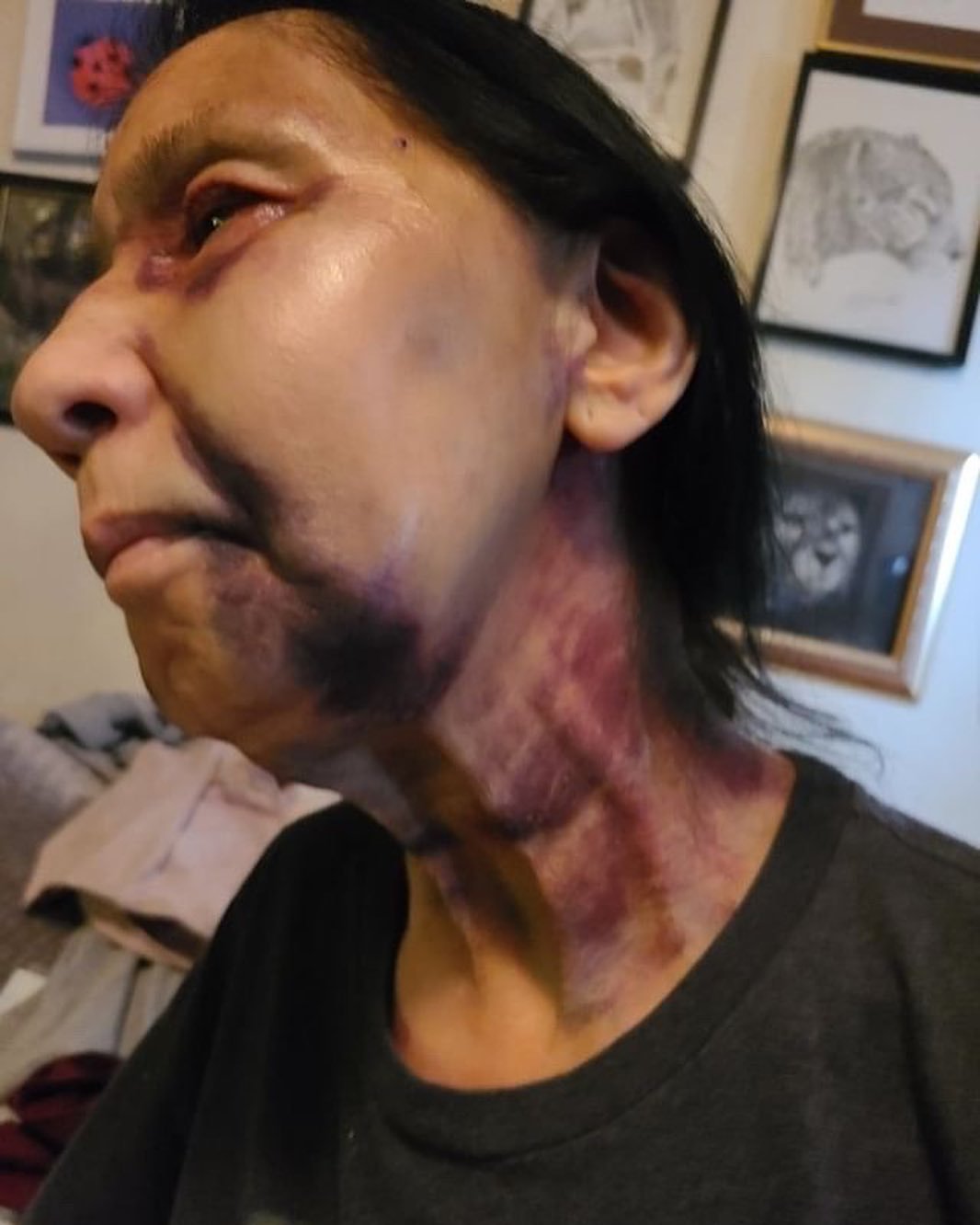 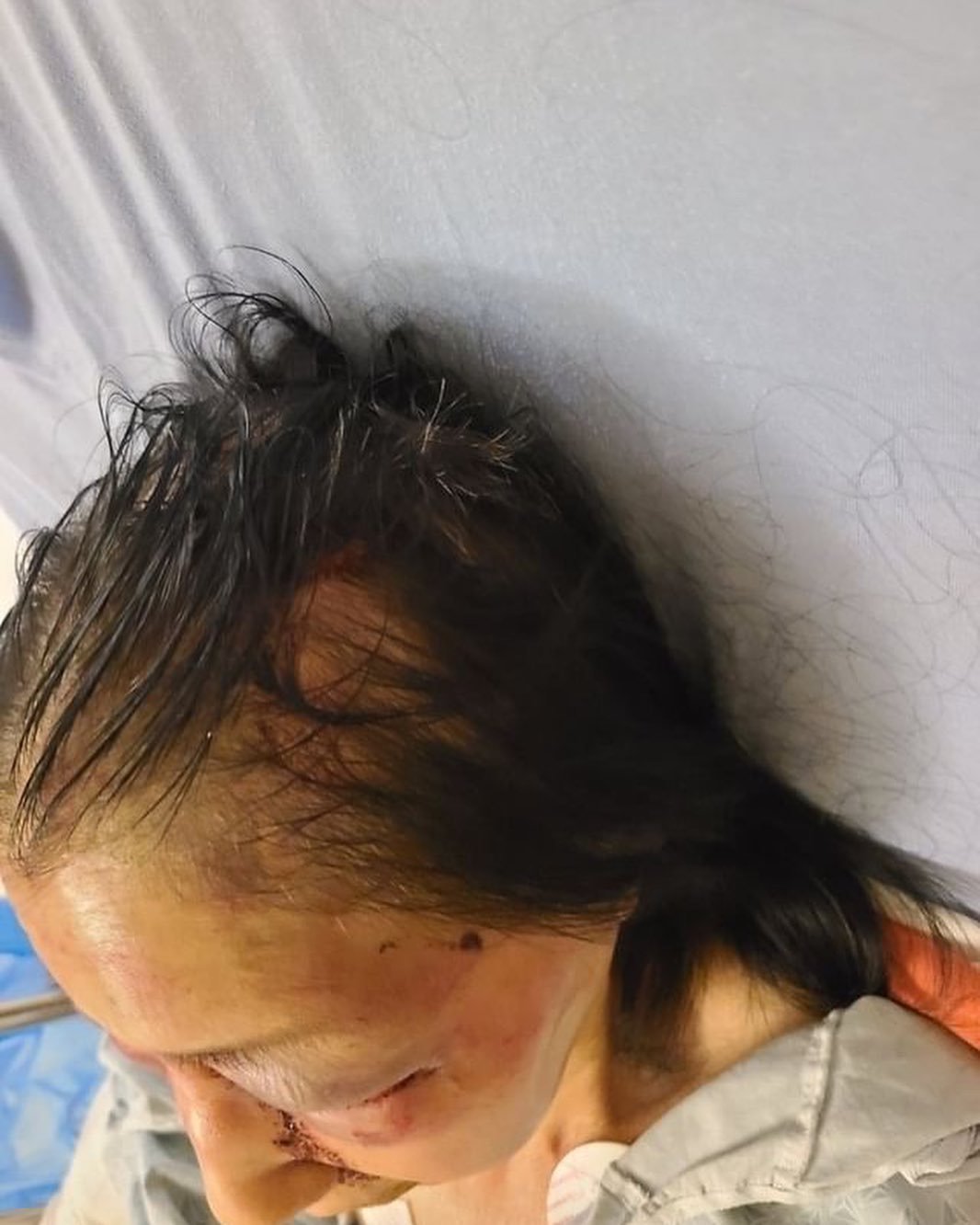 "Nobody would help. Not even the bus driver," her son Pete told the publication.

He confirmed the attacker was black and only stopped the frenzied assault when his bruised and beaten mom frantically called the cops.

Beasley was charged with battery as police investigate what happened – meanwhile, Becky remained hospitalized for 24 hours and still has problems walking.

Pete told the Eastsider the incident inflamed Becky's lupus arthritis and other disabilities and police in California are investigating the crime.

Becky's son said members of his family are often mistaken for being Asian-American, even though they are Mexican-American.

A report from Stop Asian-American Pacific Islander Hate (AAPI) noted there have 3,795 racially motivated attacks against Asian-Americans this past year since coronavirus exploded in the US.

Robert Aaron Long, 21, who allegedly shot them said he had a sex addition and gunned down his victims to "eliminate temptation." 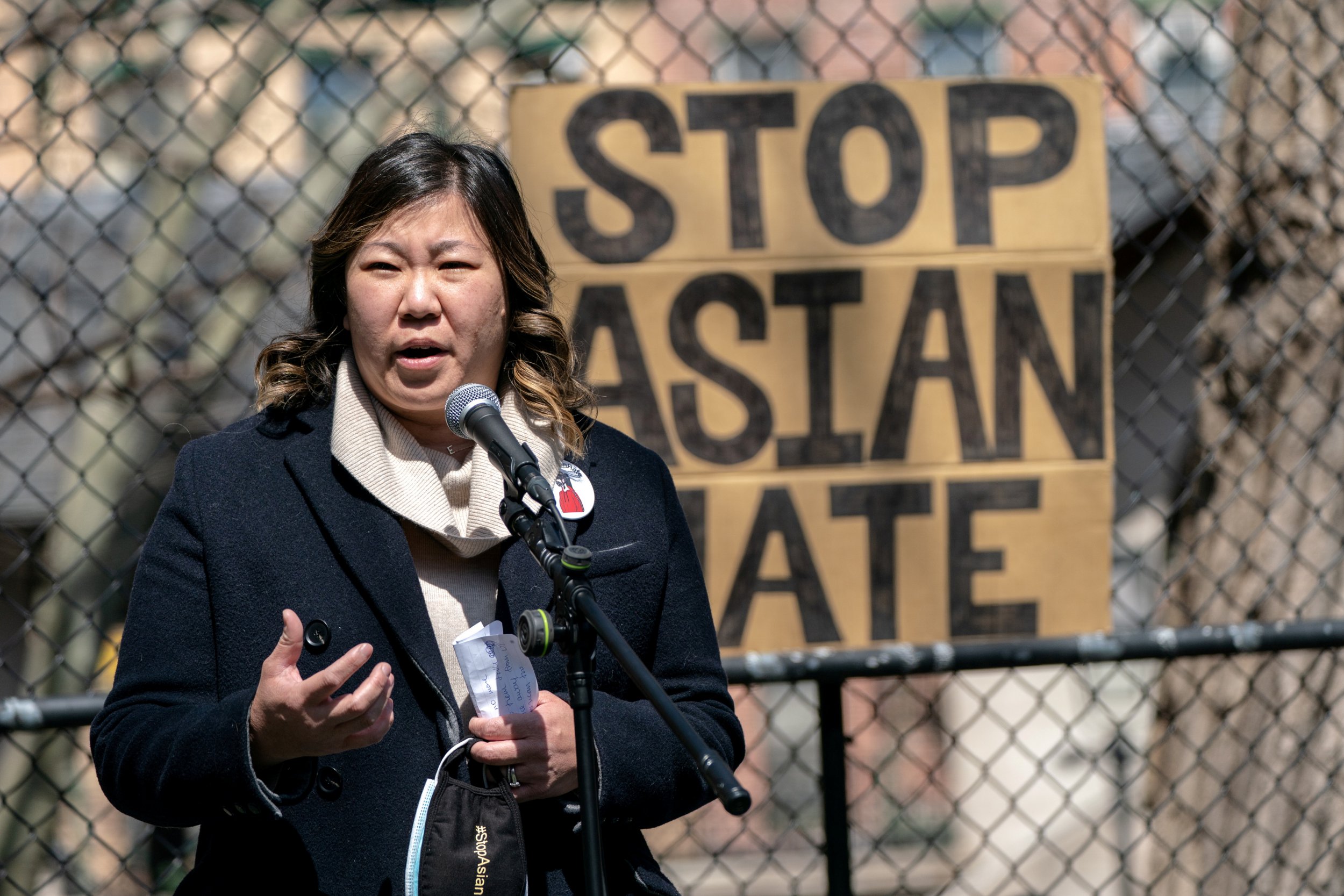